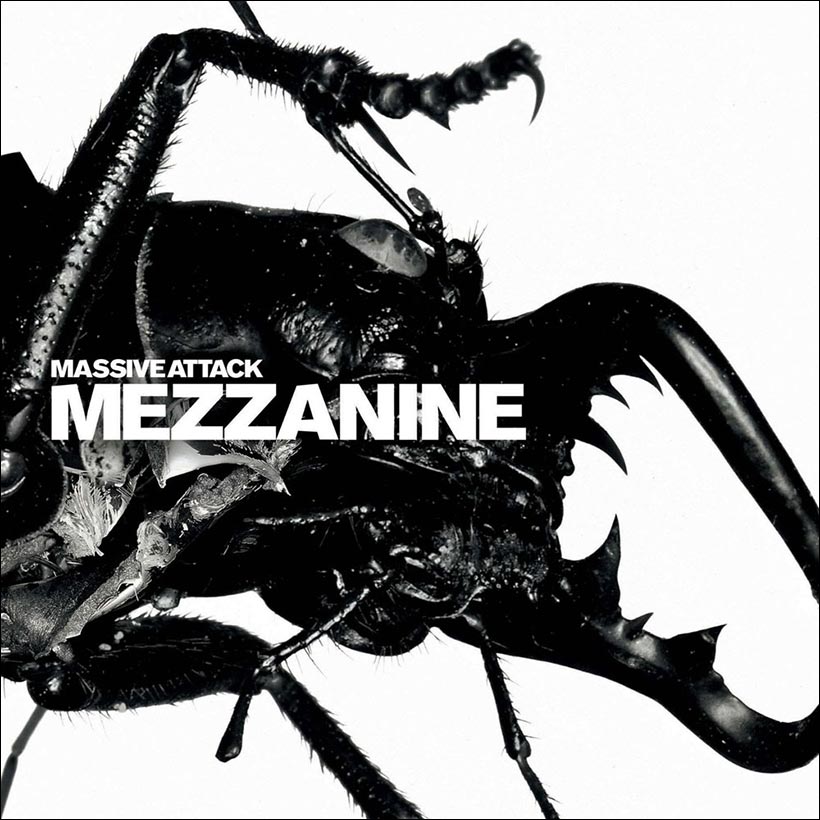 Massive Attack is an English band that featured a variety of genres through their music including dub reggae, hip hop, trip hop, R&B/soul, electronica, and pop. My favorite album of  theirs is Mezzanine released in 1998. The album cover for Mezzanine is mysterious, abstract and dark, which is a reflection of the album’s melancholic vocals, along with experimental sounds and instruments creating an atmospheric mood.

The album cover was designed from shots taken by fashion photographer Nick Knight, art director Tom Hingston and Massive Attack’s very own Robert Del Naja also known as 3D who at the time had been quite fascinated with spiders, other arachnids and the patterns on their backs, which ultimately played a significant role in the design.

Making this album cover involved looking at materials and ways of printing and determining how certain elements would be presented. Close up images of spider skin and other insects as well as Rorschach images were the foundation for the project.  They found inspiration from a previous project Nick had done which was a montage of fight sequences in collaboration with Simon Foxton one of Britain’s leading stylist. The way in which the movements were captured with the use of shattering glass and paint explosions, peeked their interest in using this similar technique of photo montage for the album. The three would work together with the use of programs and techniques to cut, assemble different shots and edit with special effects resulting to this strikingly symbolic piece.

The final design was intended to be a representation of the band coming out into their own and establishing their identity in the music world. Robert Del Naja wanted the look of the cover to be more abrasive than those before it and to emphasize the intensity of the album.The music is a combination of many familiar sounds and instruments in such a way to produce something truly authentic where the songs themselves bring about a feeling rather than simply telling a story. This idea of turning familiar into abstract is also seen in the album cover as it takes something as known as a beetle and transforms it into something unrecognizable which helps create a very dark and mysterious mood. The monochromatic palette as well as font style and placement also adds to this bold, dark feeling. All these factors contribute to what makes this album one of the most transcendental experience in modern music history.

music, Guardian. “3D And the Art of Massive Attack – in Pictures.” The Guardian, Guardian News and Media, 7 Aug. 2015, www.theguardian.com/music/gallery/2015/aug/07/3d-and-the-art-of-massive-attack-in-pictures.