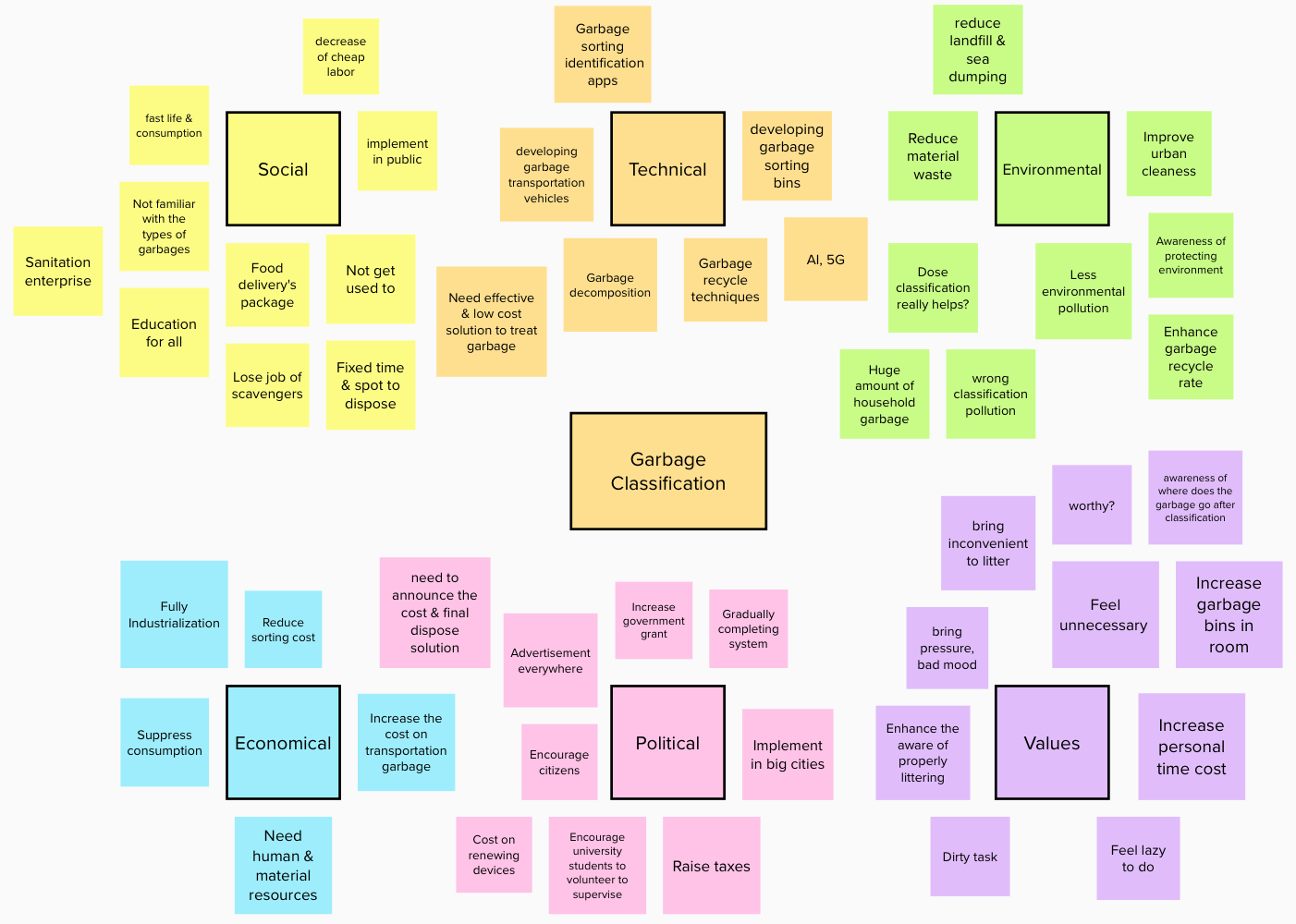 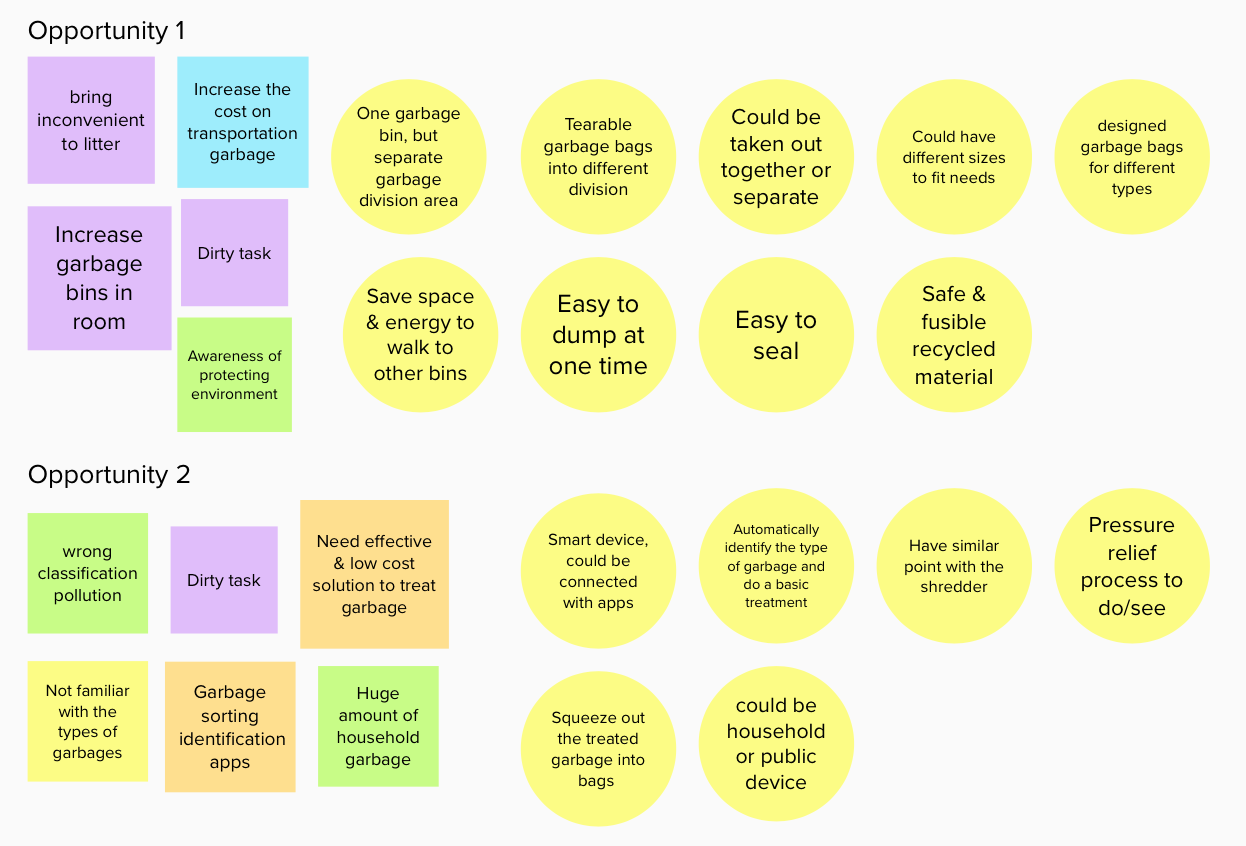 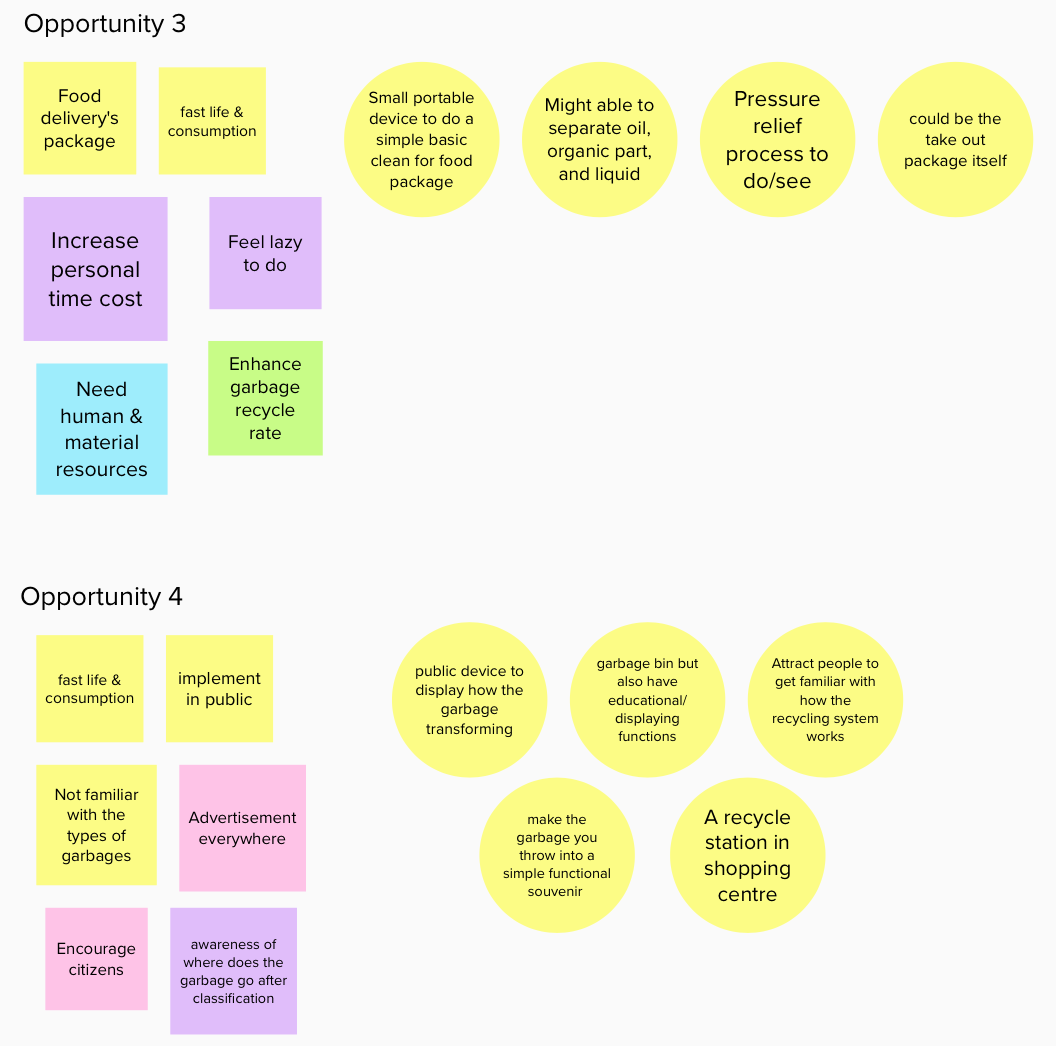 I was watching a cooking video teaching how to make fruits flavor moon cake (Since Chinese Mid Autumn Festival is coming, Chinese have the habit to eat moon cakes). It suddenly reminded me that my grandpa received some new flavor moon cakes from my aunt. I like that flavor a lot, which was really popular between young people. However, my grandpa didn’t like it and asked my mom to bring him some Chinese traditional “Wuren”(5 different kinds of nuts’ combination) flavor moon cakes, which was losing the market these years. I have to say that those new things are dominating the market rapidly, while traditional things are getting out of people’s sights gradually. I feel things like “Wuren” would be discarded by times, that reminds me of garbage, which is discarded useless stuff by life. This point might help to build some emanational connection with my garbage sorting design to resonate people’s feeling. It might be reflected on form or graphic design. It is still not clear yet. I know it is not yet the time to think about those details, but just let me record this on blog. It might be useful someday.

Considering the theme for thesis is really a hard task. Since it would be the subject to do for a whole year, and might decide the design aspect after I graduate. I hope this subject could fit my interests well, and has contribution to the society at some degree as well. So I thought I should not just focus on some small pain points in people’s daily life, and design out one convenient product to solve the problem. During these years in university, I have already changed my mind that product design is only to focus on some pain points and solve that. I think Naoto Fukasawa’s idea of “without thought” is really interesting. He said “thinking needs time, feeling doesn’t need time”. I admit this and I hope my thesis product would be something that gradually change people’s behavior into habit. It might be something that you won’t notice it is designed, but as you using it everyday you would find out the feeling that it brings you. This is a kind of abstract idea and I have no idea what it should exactly be in details… But I would try. Here are some initial themes of my thesis:

1. As we all know, 2020 is a hard year for everyone because of the virus. Now life has come back to normal gradually, but months before, many people are self-quarantine at home. I left Canada after last term ended, while my roommate didn’t. So she stayed by herself for almost half a year, which was very lonely. So my first idea is to design something that could ease loneliness. It could be soft material that could hug or something like an app or an interactive product to let the users feel that somebody is with them. Or another case is, the family members usually don’t have so long time to stay with each other everyday. But because of the virus, they have to all stay at home. Maybe the product could let them all have some interaction with it, like they are raising something together. The exactly idea hasn’t been thought out yet. But the theme is set, is about releasing mental pressure and making the users feel better when they are alone.

2. Since I am back in China now, this topic is inspired by the local people’s life. In Beijing, the garbage sorting system has just started to be more completed with better supervision in each neighborhood. Though we do have garbage sorting before, but it was just recyclable and others. Usually people wouldn’t pay much attention to carefully divide the household garbage at home. After the new policy has been published in a few big city to try out, the residents are still not getting used to. But most people know that this is what we should do years before, not only to protect the earth, but also to protect human beings. People have all seen what the North Pole is becoming worse and worse, not just that place, we could all feel the weather is becoming stranger these years. So most people is acting positively, though they would feel this is time-wasting and lazy to do. My design task is to adjust this garbage sorting task easier and more convenient to do. Designing from choosing the right garbage bags, to throwing them in neighborhood’s garbage bins.(In China, we don’t have garbage throwing tunnel system in each apartment. The garbage bins are outside the apartment.) There are many points to think about and many opportunities to design. For example, milk tea is very popular in China. And since the food delivery service is cheap here, many people would order it very frequently at home. But if garbage sorting requires people to clean the milk tea’s plastic bottle, I think most people would feel lazy to do that. Especially, the oily food package is harder to clean. Food delivery is a kind of lazy and fast service that comes out because many people don’t feel like or have no time to cook and wash dishes. Then garbage sorting seems to make food delivery not a completed lazy task again. So how to solve that would a point in my garbage sorting system design. In my mind, there would several small products that works in flow in this system to help people make this behavior into simple habit. I guess this topic would be my top 1 to do for now.

3. The third one is still not very clear. Nowadays, children have more addiction to electronic devices that our parents and our childhood, when those smart devices were not invented. I am happy to see that human’s science and technology is developing quickly, but these things attract young children too much. In my mind, that age period’s children should enjoy outside and keep their curiosity to the world. I am not saying play games or watch animation is not good, but it is important to let them explore the real world and nature to learn. Not just when parents take them outside, the kids are still playing smart phones, just changing a place to play games, and complaining there is no stable Wi-fi. My idea is to resonate children’s interests to explore the world we life. The product might able to react to wind, sunlight, water or other things. I want them to sense, feel, and have fun with nature, forgetting about cell phones for a while. The product might be easy to manufacture so the users could take several pieces with them when outing. When it react to water or something else, the form would change, and finally the product would keep that form, like a record of that time and that place. This idea is inspired by I saw paperwork that could react to the gravity and flow of water drops. When it is reacting, it seems like the paperwork becomes creature that has movement and shows different gestures. I have no idea what my product would be, but this reacting “creature” seems to be interesting to do, but hard though.