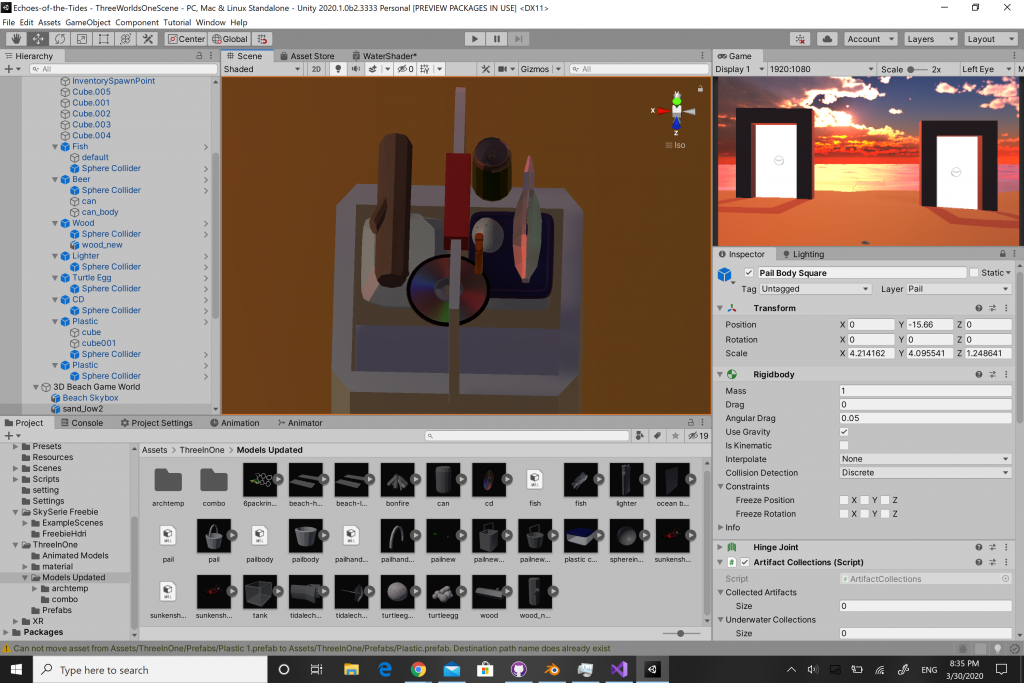 At this point, almost all assets have been successfully implemented. In the screenshot above, there are 7 artifacts fully setup, and I have three left to do. The artifacts are hovering above the pail for testing purposes without access to the headset because I cant grab artifacts off the ground and manually place them into the pail. All the artifacts above can successfully combine to spawn a collection object. 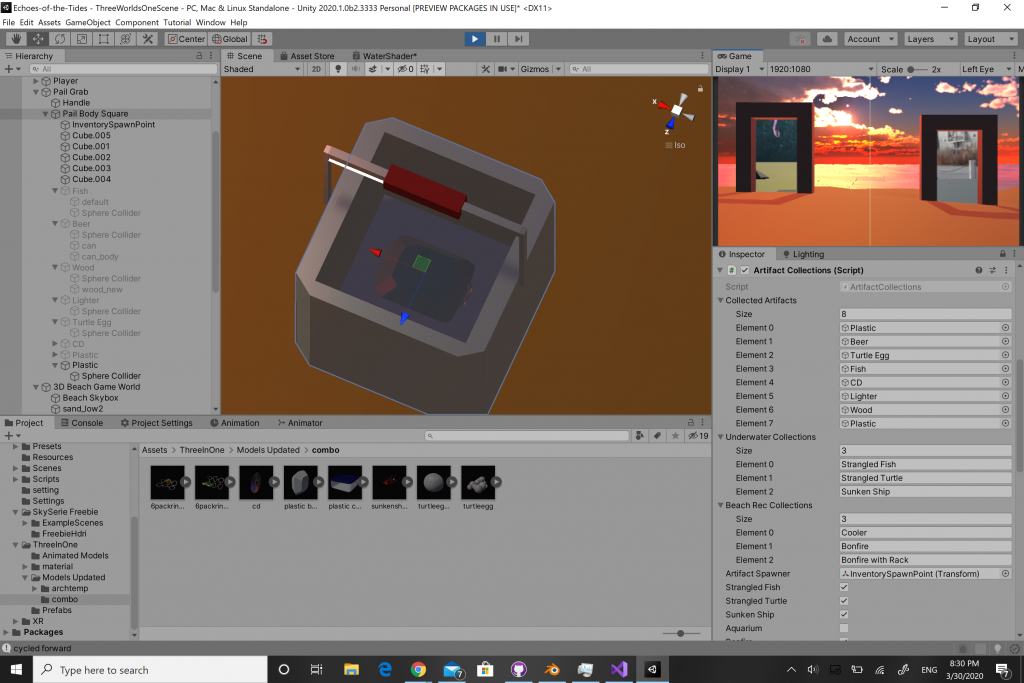 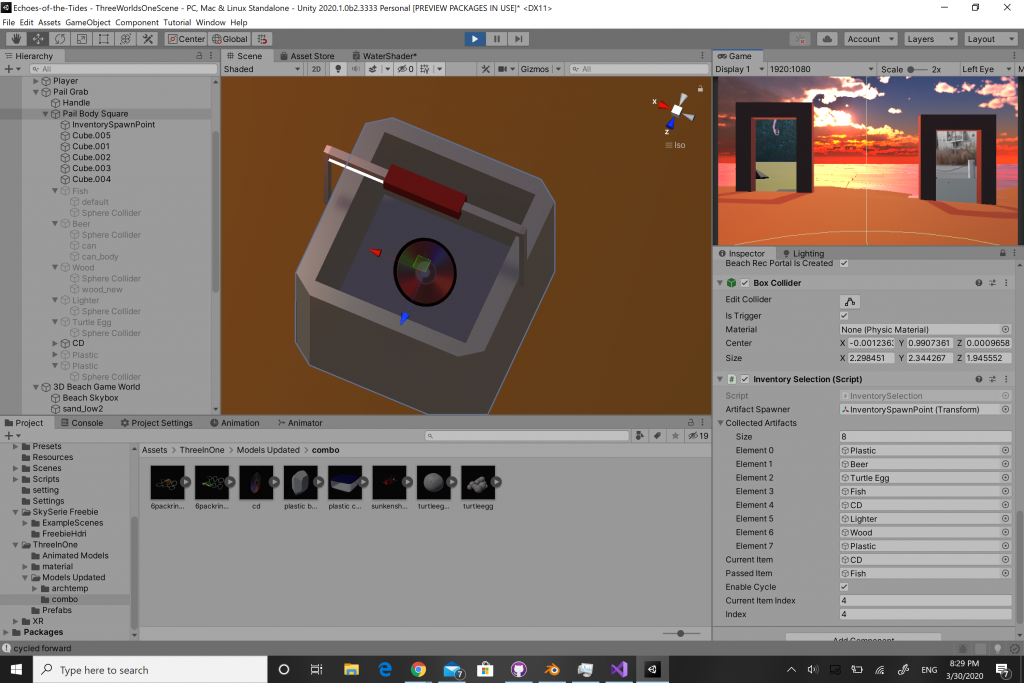 The above screenshots show how the new inventory system works. As objects are added to the bucket, only the selected inventory object is shown. I wrote a script to keep track of the last selected inventory object so the player can cycle forward and backwards through the inventory. The new system has solved the issue of artifacts falling out of the bucket, but we still have problems with the artifacts staying parented and kinematic once they leave the pail.

During our most recent tests in VR we also noticed there were some physics issues with the bucket which resulted in it distorting when grabbed by the Ray Interactor. Also, the body of the bucket would be somehow left behind in the 3D beach scene whenever the Beach Recreation scene was entered. 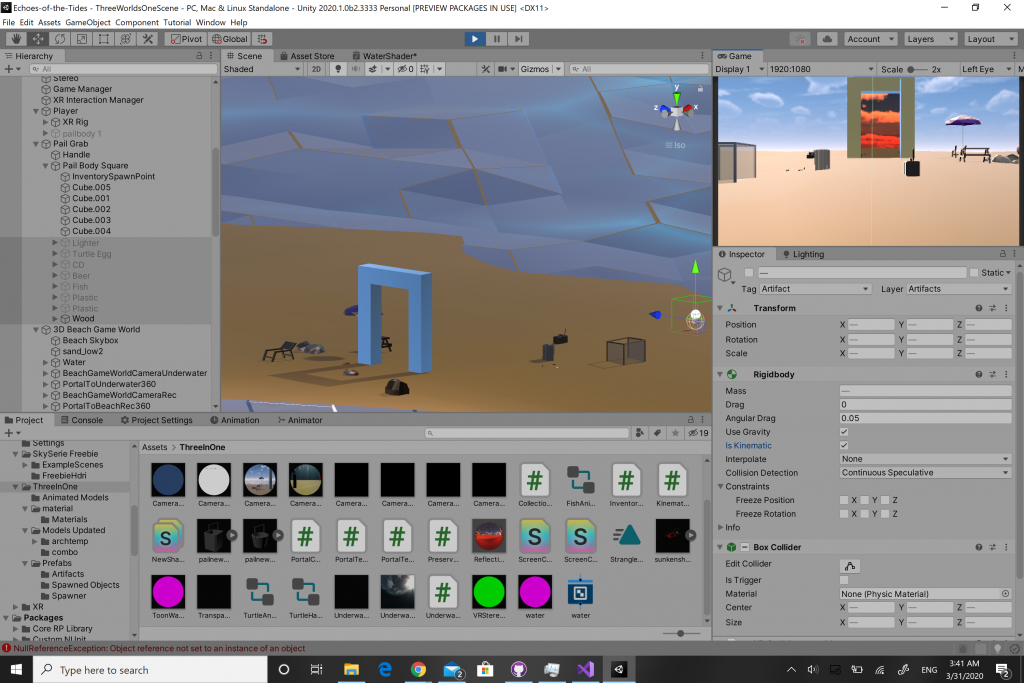 Speaking of the Beach Recreation scene, the old version has been replaced with a duplicate of the 3D Beach scene. The screenshot is of a version from earlier in the day, so the set has changed a lot and I have added in the spawners for all of the Beach Rec collection objects. 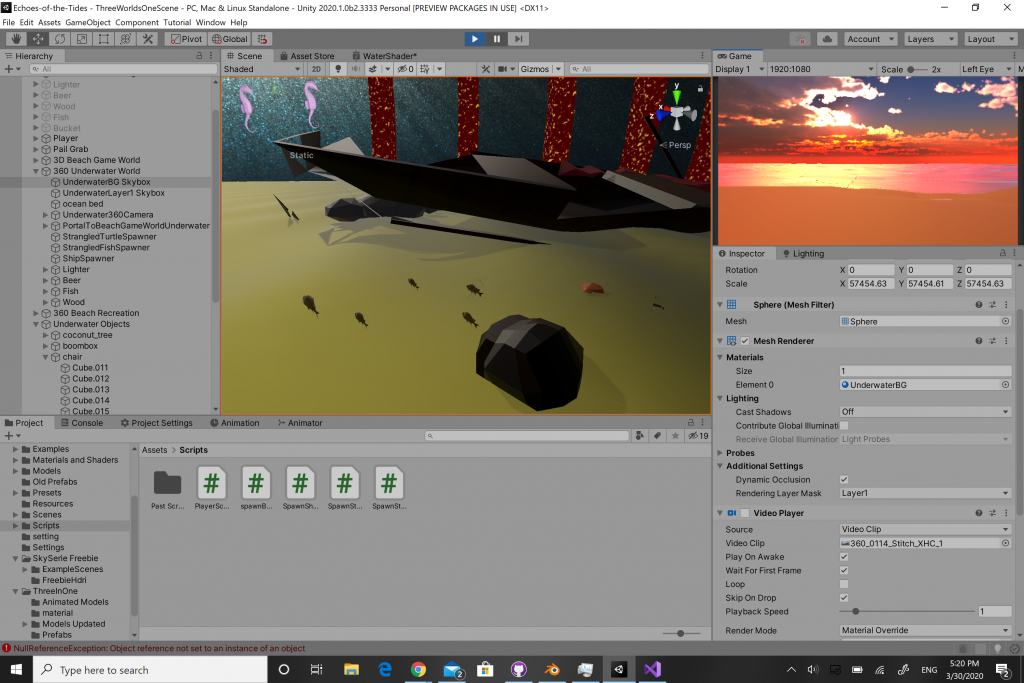 Finally, we still need to add in audio, a start and quit button, the controller scheme, a popup for collections created, add  in Nik’s 360 skyboxes, and fix the pail physics. The newest VR tests also broke the render textures of the portals, so the issue needs to be fixed as well.