This week I had to learn how to edit color grade the 360 videos I captured last week using Premiere Pro and After Effects. I started by adding all the necessary supports into Premiere Pro that allow users to edit videos for VR. Then, using After Effects I edited out the tripod from the scene by clone stamping the sand background and coloring the tripod out. I temporarily added some text to the scene to see what it would look like to have the audio instruction appear as subtitles. However, I removed them because they did not look very good and ultimately will not be used in the final version of our project.

To view the tutorial, I used to do this Click Here

Because the footage was shot in the Winter my aesthetic goal for this edit was to change the lighting to make the beach scene look warmer. I also wanted to increase the saturation to make the pink color on the beach umbrellas, and the blue in color on the water stand out more.  To do this I tested out a variety of LUT’s but I didn’t find anyone in particular that I thought helped achieve my aesthetic goals so I adjusted the Lumetri properties myself. To do this, I used this video tutorial as a guide. 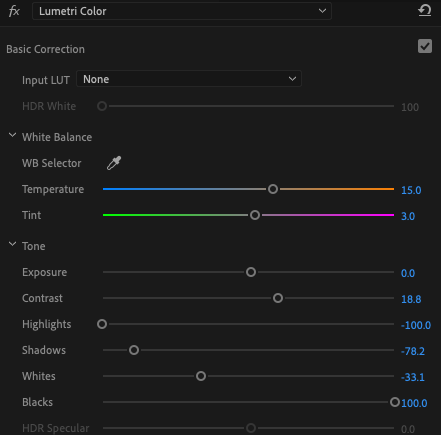 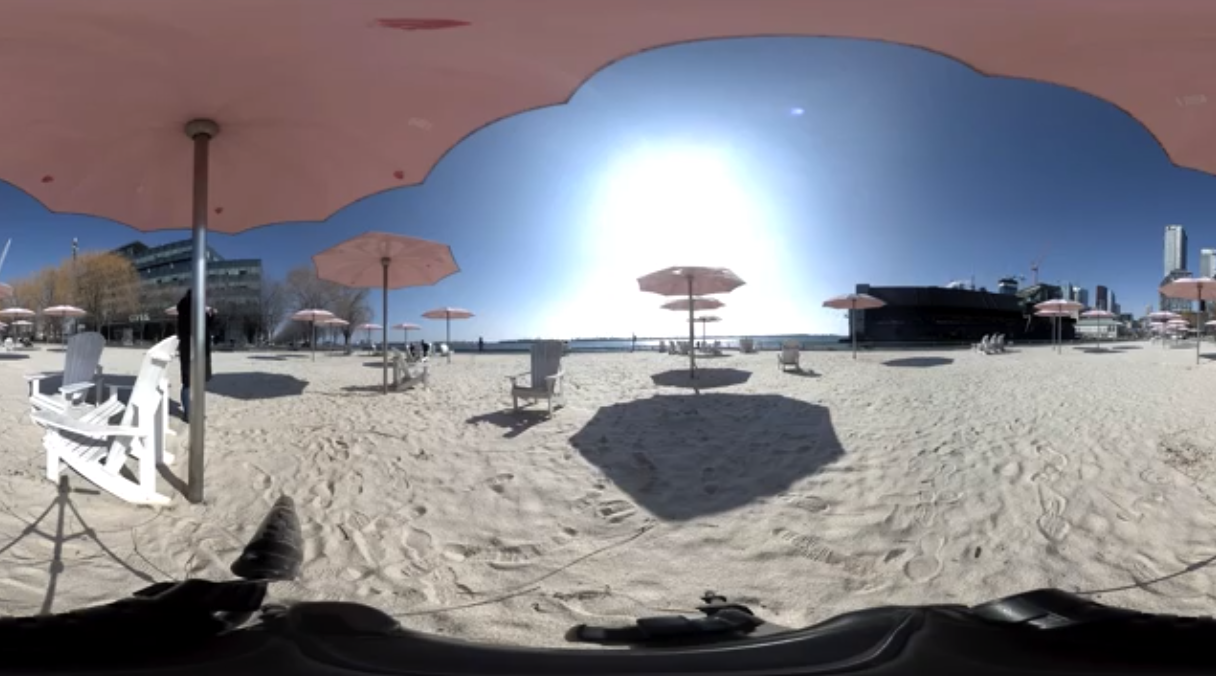 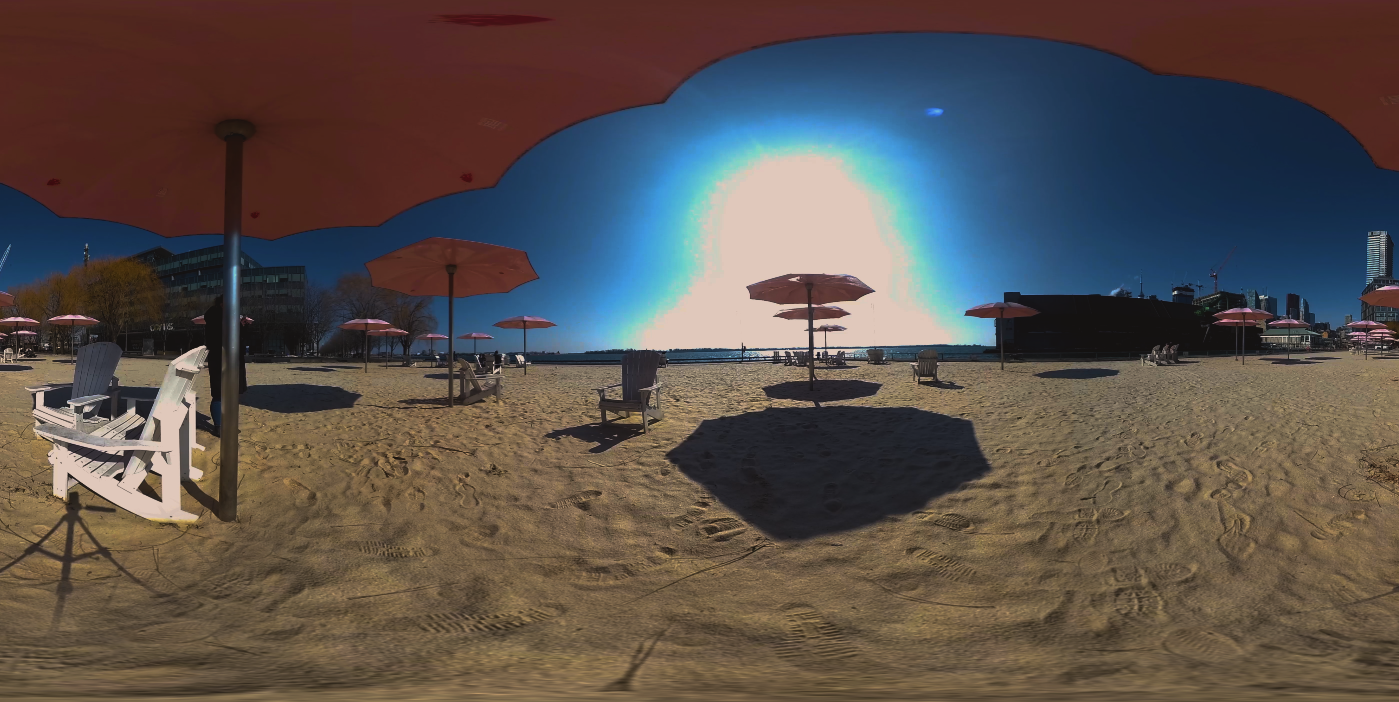