The game we chose to analyze in relation to Sonophobia is a game called stifled. Very aesthetic looking and had similar mechanics such as the echolocation. However, the level design and user interface design was poorly done and made the game frustrating and confusing. The controllers would fumble when picking up a can off the ground and consequently drop the can making a noise and alerting the creature. The sounds were jarring, not at all scary, and ended up hurting my ears after 5 minutes of playing.

I took into consideration when designing Sonophobia to not make the same mistakes that Stifled did. Instead of Jarring aesthetics and sounds, we went for softer and more creepy. Instead of a rambunctious little creature, we went for a more imposing “take your time I’ll get you anyway” type of creature. Also known as Steve. 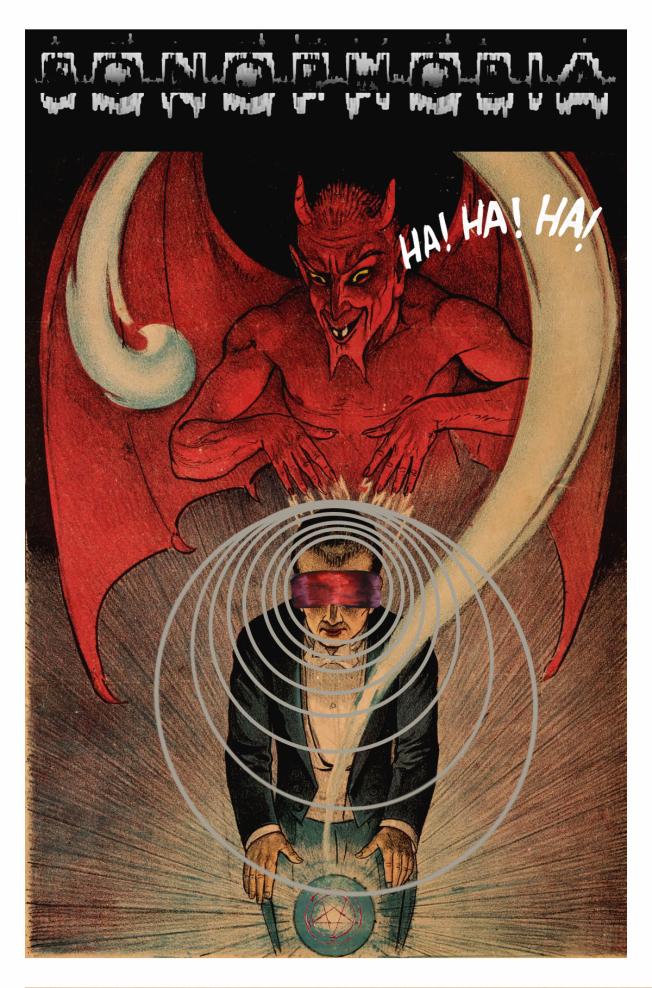 What I’ve learned a bout Sonophobia in the making of.

There are minimal visuals involved, the game mainly revolves around spatial sounds also known as 360 audio cues. The game is meant to be played on the Oculus Quest in a room at L: 7.5m, W: 6m, H: 3m. When you’re in-game the main mechanic is an echolocation feature. In order to be able to see; you speak or make a sound of some sort and the Quest sends out a wave of echolocation that lights up your surroundings briefly allowing you to see the direction you need to walk in. In the room with you are a hint, an enemy and the end goal. All of which have their own sounds.

In Sonophobia, you don’t need a controller. My goal was to get as immersive as possible by removing the things that make it less so. In order to see, you simply make a sound. In order to move, you physically move to where you need to go. Sonophobia is quite unique in this manner because of these mechanics and how immersive it’s becoming, and the advances in technology that allow us to develop games like this. It’s you playing the game, not a character, not someone you are piloting, but you yourself and there is nothing scarier than reality.

Since the virus happened, we had to replace the mic and the room with a controller and a button. So now you use the controller to move, and a button for echolocation. I’ve learned in writing my essay for critical play on sound design that there really aren’t too many games for the visually impaired and I think Sonophobia has the potential to be one of them. 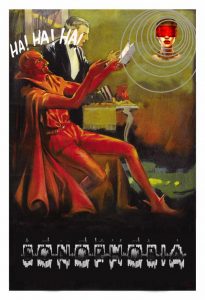 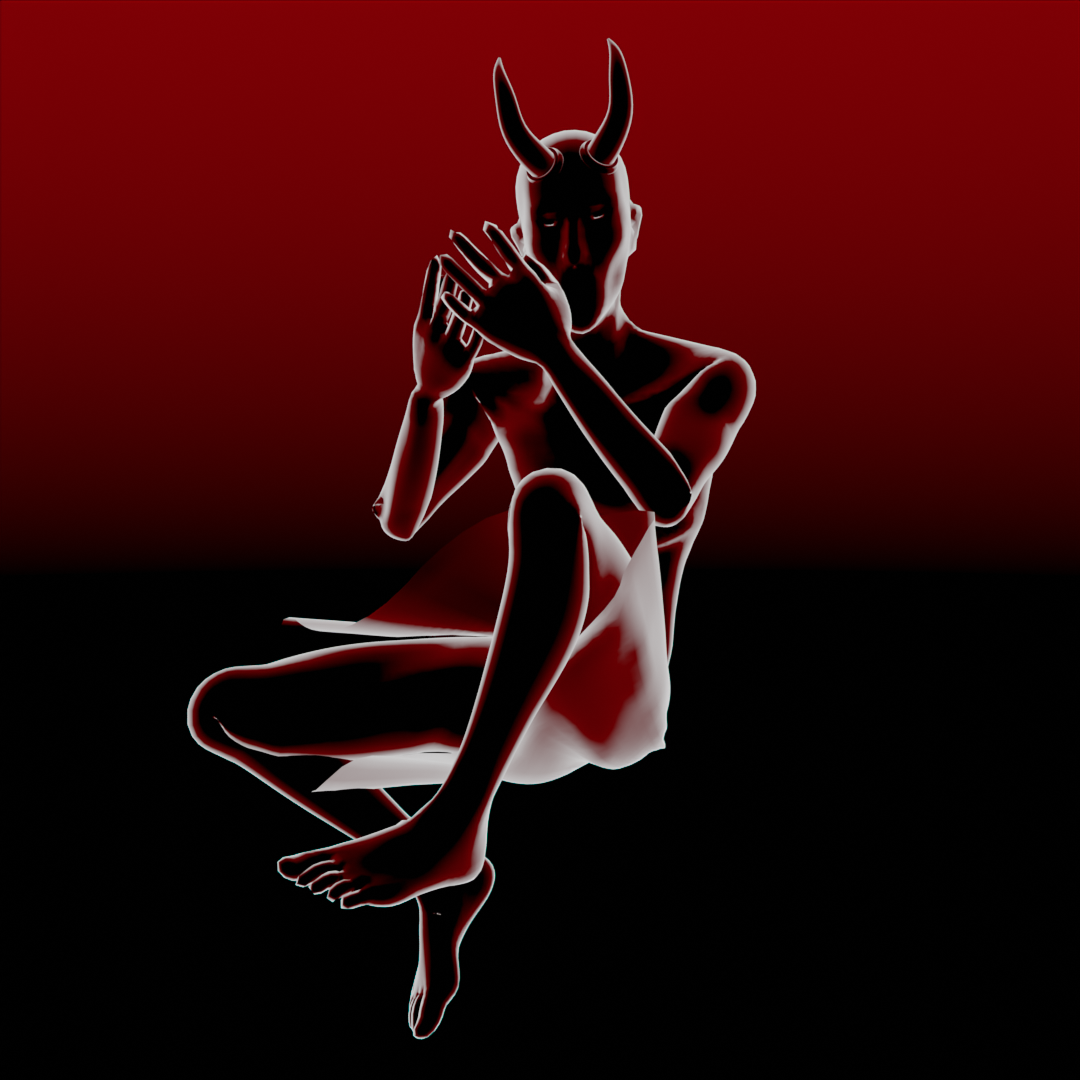 Okay so… lots have happened.

Here is a link to all of our Documentation.
Each time we update/add/change something, we record the VR experience and upload it to the drive.

My personal endeavour at the moment is music and game sounds.

For some reason, the screen capture I had going didn’t record the sound, but here’s a bit of video of soundtrack editing:  Soundtrack Editing

Voice acting is also a lot of fun:

So are coming up with sounds for certain things that don’t necessarily have sounds… Like the sonar mechanic. We had two different options for the “whoosh” sound. We went with the first one until we had a background track, and changed it to the second.

We also updated our game structure: 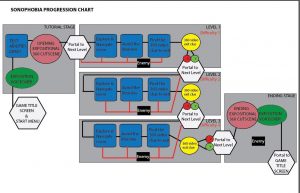 We have a model for our demon named Steve. Donato did this amazing city build in blender that you can see when you look outside the window in-game. Vijaei helps both Ermar and Donato with code and modelling, and me with storytelling. I’ve also been working with premiere and video editing. We got our first recorded video into the game. Woo!

Karen’s Premiere/stitching tutorial was super helpful. Not only did I learn a lot about the specs of the camera but the software itself and where/how to do things like export a certain way… Which is very important. I learned that Adobe Premiere has the ability to edit 360 videos, I thought I’d need a separate software entirely to do that. After Effects is also super useful for adding in certain effects and making things pretty… I have yet to explore After Effects but with the camera shots I have in mind, I’m looking forward to it immensely. Found this a lot of fun too: https://youtu.be/MqBDQLV7xZI

I am very grateful for all the links and tutorials that are posted, they help a lot.

I find the history of VR extremely fascinating. The fact that putting things on your face can be traced all the way back to the 1600s is really neat.. your presentation kind of put into perspective how humanity has been trying to create extensions of the body since basically forever.  And of course the military always has something to do with it.

I was absent from this class, however, I have tried tilt brush before. It’s absolutely mesmerizing from the moment you put the headset on. I could sit in a dark room with a paintbrush that never dries out for hours. I have seen some of the creativity that’s out there on the internet right now using tilt brush such as recreating van Gogh pieces in 3d. I strive to make something as amazing as that. Not to mention this aesthetic is something I’m looking at utilizing for sonophobia.