For this class I started the assembly of the robot arm. There were a few pieces that had the wrong dimensions. As the Laser cutter in school still does not work, I had to fix the pieces manually in the first year workshop at 100 McCaul. I glued all the pieces together and installed the servos in their place. 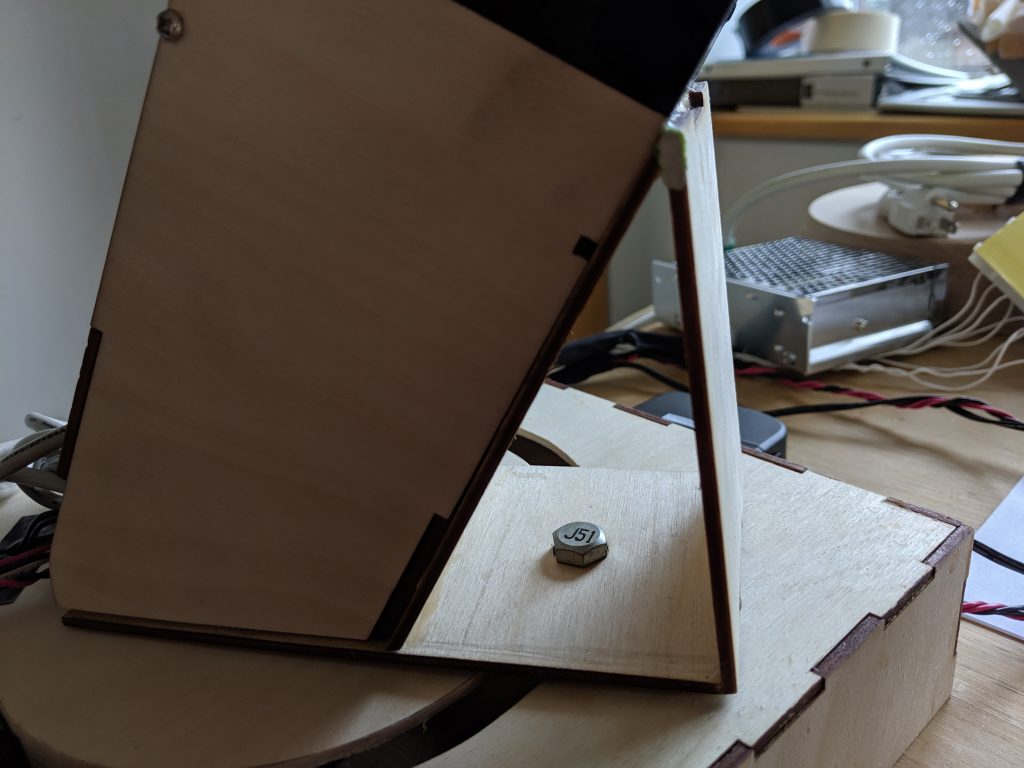 After assembly of the robot, I started on exploring what activities I could do for the CFC Intensive that would give me interesting results. In the picture below, you can see a list of activates that I came up with and the type of data that I could collect using the robot arm. 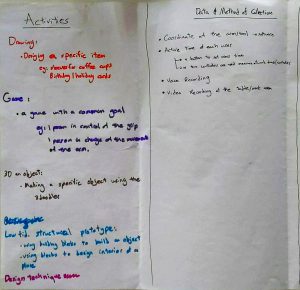 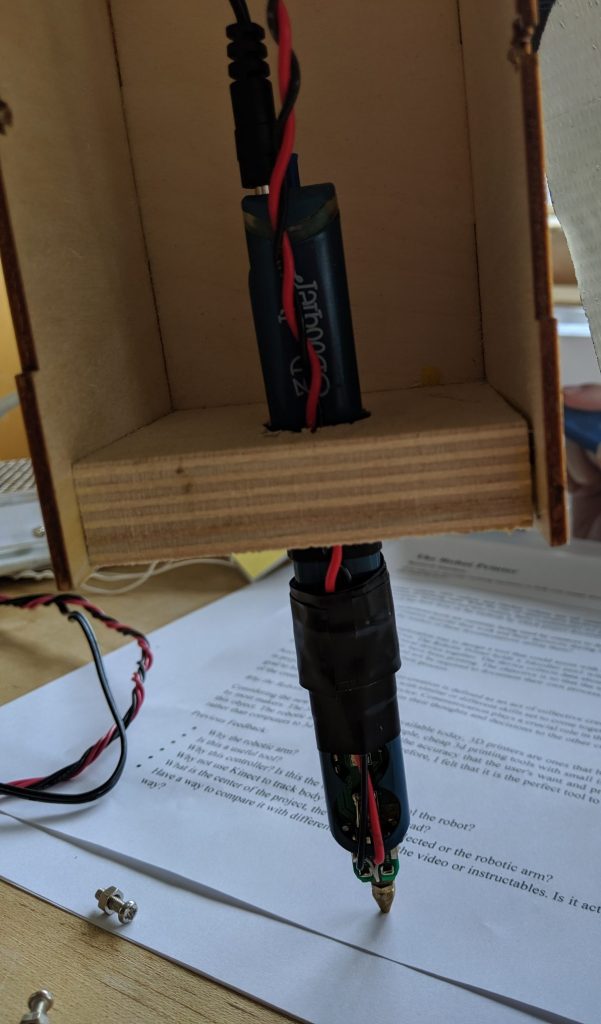 The final things left to do was to do the circuit. I used an Arduino mega as it gave me 6 analog read pins. I needed that to use 3 variable resistors for each of the controllers.

To collect the data that I wanted, I programmed the Arduino so that whenever each of the users wanted to start designing, they had to press a button on the controller to activate the controlled. Then all the movement that they made would be captured and saved in the computer. This way, I know at any moment which user was  printing and what they were printing.