The first day of CFC was very challenging. To move the robot arm there, I had disassembled most of the electronic and rewire them at CFC. During this process, One of the servos burnt and did not work anymore. All the wires for the controllers were loose, and I had to rewire them. This took a lot of time. I was not able to replace the broken servo; therefore, I couldn’t run the experiment that I originally had in mind. My presentation, I decided to focus on the topic and introduce the robotic arm as a tool specifically designed for me and what I do. 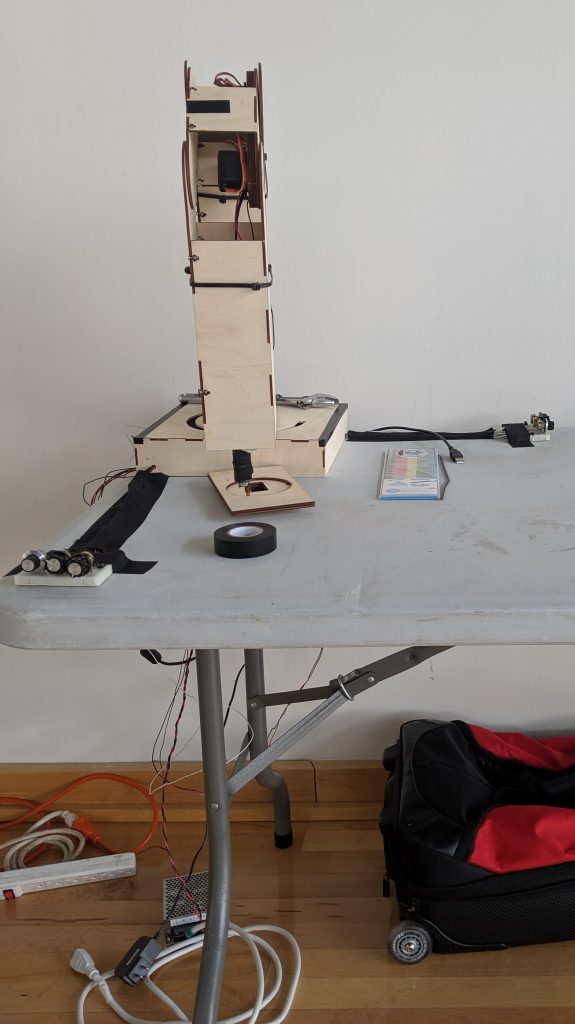 For the next iteration, I will for sure make the wiring, the assembly and the disassembly of the robotic arm much easier.