I started the second day super early. I had to fix all the wiring and replace one of the servos. After fixing all the parts, I wanted to test the robot to make sure everything would go well for the user testing, but I faced another problem. The software was designed such that when a controller is turned on the arm would jump to the position set by the controller. When I was testing the robot before the feedback session, I changed the angles by a significant value and turned the controller on, and this forced the robot arm to jump to the new position which broke another servo suddenly. I had an extra servo just for such an occasion, but to replace the servo I had to take all the controller off and redo the wiring. So I decided not to change it.

Base on the level of prototypes I saw on CFC first day and the CFC people I met, I decided to take another approach. Rather than running a user testing session, I decided to explore my concept further and go back to my original plan to use this session and my prototype as a way to solidify my research question. 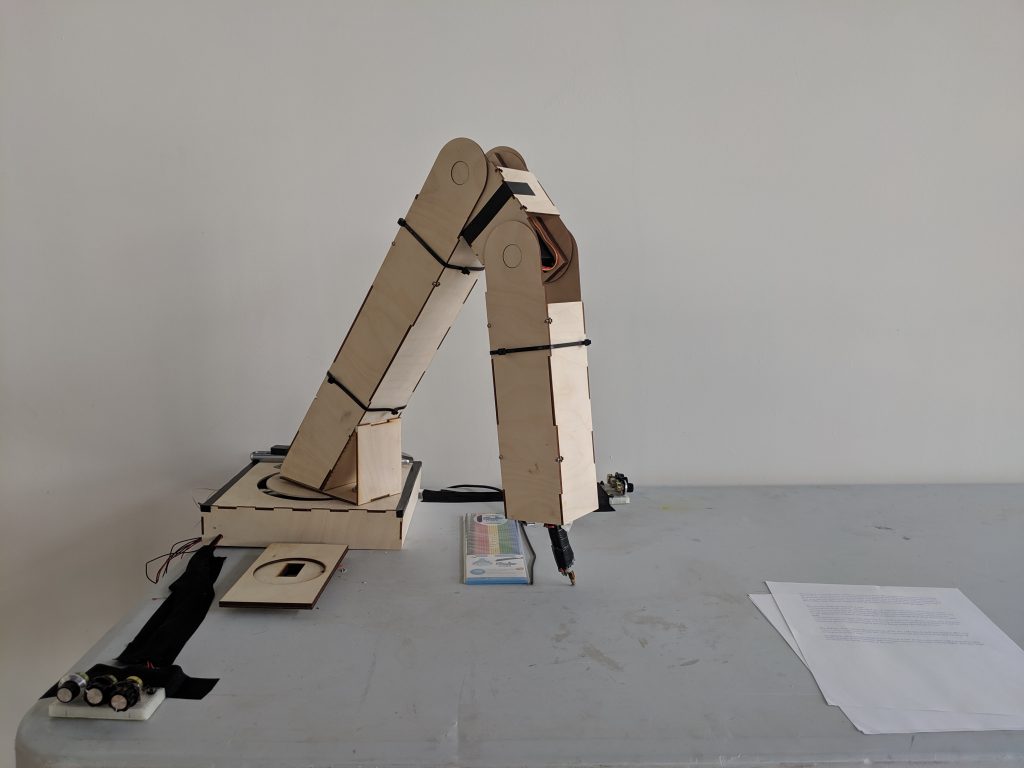 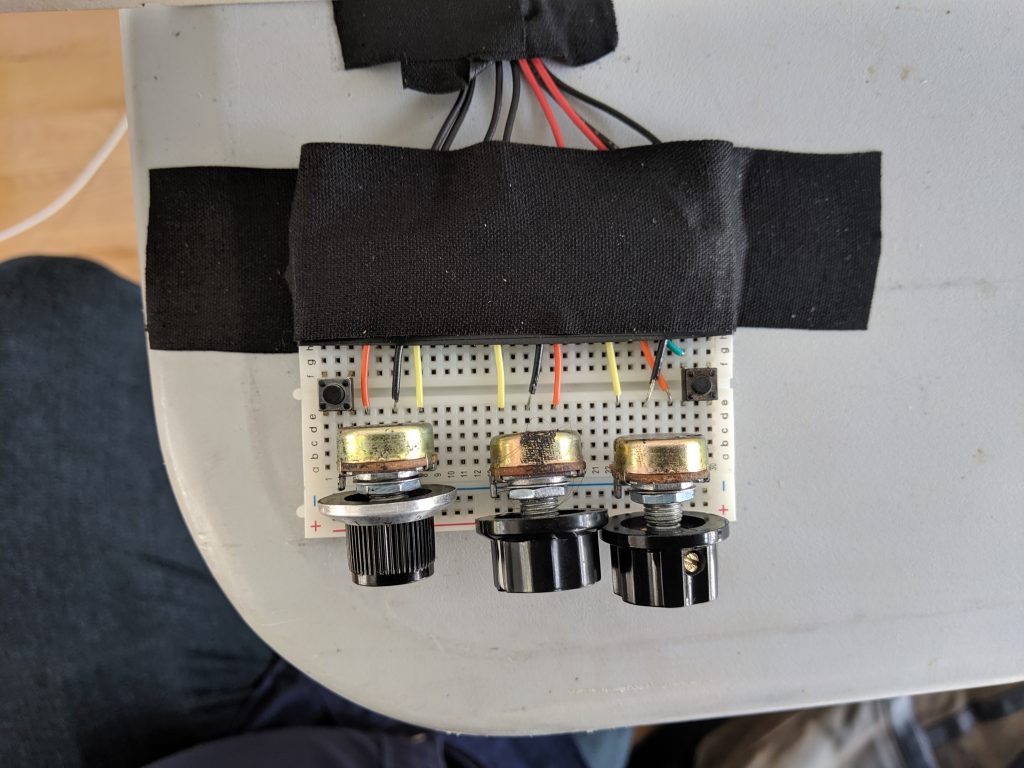 My robotic arm could only move in 2D dimensions. But all other functionalities worked. I tried my best to explain why I am exploring co-creation and why I built the robotic arm. But I felt that my explanation was not satisfying for the CFC people.

Here are the note I wrote down:

There were two clear types of people that I talked with. The ones with previous experience in 3D printing and making liked the tool and wanted to explore it. They were interested in seeing how this machine can help with documentation but were a concern with how useful it can be. Other people who were experts in VR and AR did not like the Robot Arm and thought that it limited people’s ability to create things.

I explained this in much more detail in the final document. But the main message I took away from the day was that I need to work on how I present my idea and what the role of the Robot Arm is in my research.