I think the second iteration went much better than the first one. Everyone understood the goal of the project, thanks to the one-pager I made for the project. I went over the research question and clearly answered the main two questions I received on the CFC Intensive, Why co-creation? And why the Robotic Arm? 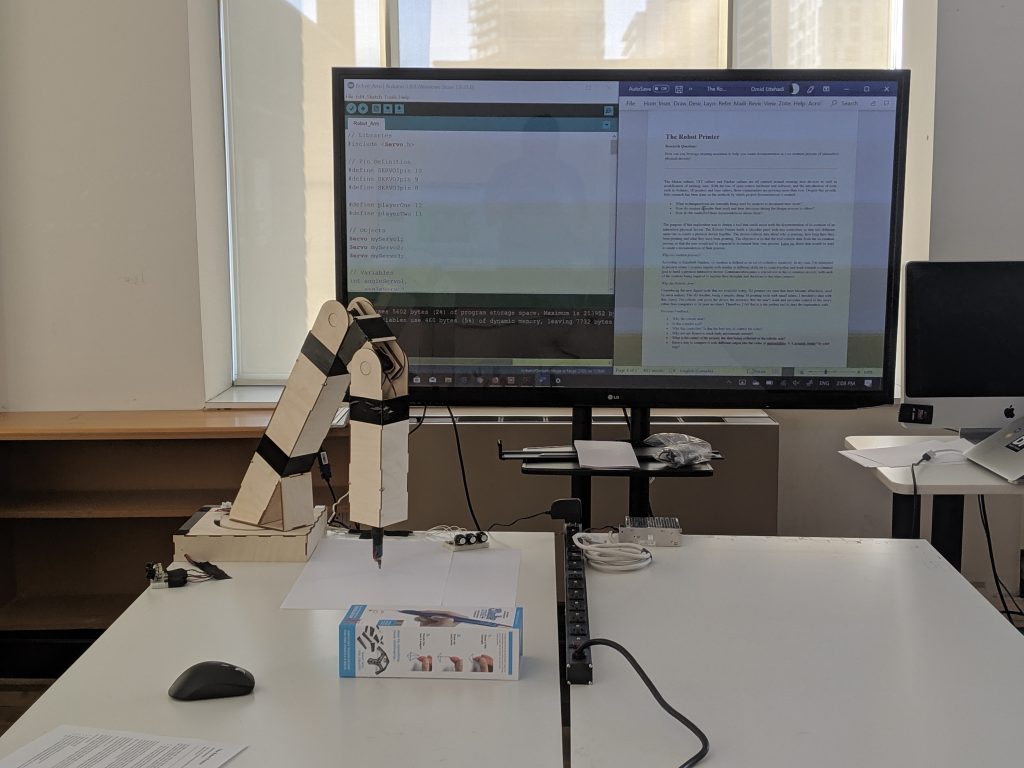 I only received a few feedback on why not use an actual 3D printer instead of the 3D Doodler pen. I explained the advantages of why the 3D Doodler is a better option, the main point being its price, but also the fact that it can easily be moved around whereas in a 3D printer the nozzle is fix in orientation and has a lot of restrictions on what it can do.

I think this is another point that I should add to my presentation to make sure the value of the robot arm and the 3D doodler pen is clear to everyone.