An interactive fidget toy that helps users comfort themselves. Something tactile with buttons, and audio / visual queues for turning on, being in use, and shutting off.
Objective:

I struggled to really find an emotion that I wanted to represent, or felt that I personally needed something to help me with. So I chose the emotion of nervousness and anxiety, the feeling of restlessness – like tapping your foot, or fidgeting with your fingers because you can’t sit still. And thinking about that made me want to make something that users could interact and fidget with, to calm themselves, or at least give their fingers something to toy with while their thoughts gathered. It is quite similar in idea to the Fidget Cubes that came out a few years ago.
Process:

One of the big problems I had was about making it something that is worn on the body. All the fidget toys / interactable objects can be accessed with just your hands, and so there’s no real need to keep it on your body (other than having  it in your pocket or a bag). Since I didn’t want to overcomplicate it, and in doing so hide the essence of the product, I felt like a watch, or a wristband bracelet thing.

The watch itself is acting as the circuit of the product. The CPX is in the center acting as a power and grounding source; and the circuit is formed by the wrist straps of the watch. The straps will have button components on their ends, and once they are snapped together it will act as a switch in the circuit. Closing the watch around your wrist will close the circuit, and taking it off will open both the straps and the switch.

I managed to get good progress with it at first, but I wasn’t able to patch it up cover exposed conductive parts. It would shock me from time to time and so I tried to remake the project with stitching techniques and more fabric, but I ended up making it more difficult for myself and couldn’t properly finish it up.

The code is relatively simple. It has three functions: one for startup, one for clicking, one for shutdown – the three phases of use of the product. 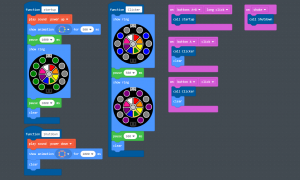 Depending on the input given, the code will initiate a function. Holding down buttons A & B together will “startup” the product; clicking the A or B buttons initiates the “clicker” function; and shaking the CPX is the input for the “shutdown” function. I experimented with colors and different inputs, but I felt that clicking buttons fit with the theme of the tactile / fidget toy.

My main problem with the code is that I could not stop the Clicker function from repeating itself. Pressing A and B several times would create a queue of Clicker functions that will repeat. I tried to make it so that a Shutdown function will interrupt this queue and turn all the LED’s off, but no matter how I tried it I couldn’t get it to work.
Final Project:

Pressing the A and B input buttons at the same time will start the toy. Pressing either button separately will lighten the LED’s in a pattern. Once the user is finished, they can shake the watch and it will turn off. 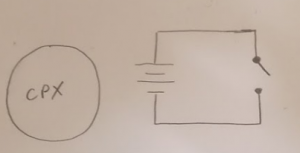 It is a very simple circuit, because all the LED’s and sounds are part of the CPX – which also acts as the battery in the circuit.

I wasn’t able to present a finished product, instead I got parts of it working, but because it was so delayed and late I never got to finishing it. Initially I got the circuit working but it had open ends that would shock the user / get hot and burn, and when I tried to revise it I ended up getting lost and not sure how to finish it. I definitely didn’t spend as much time as I should have when ideating, and I ended up with something that can be worn, but is more comfortably used when not worn directly on the body (the watch can be taken off for easier fidgeting), so I would have liked to be smarter about the way I wanted users to interact with the wearable.

Knowing this, I would have also made my circuit more complicated, and experimented with LED’s but I shot myself in the foot when designing it.

I also struggled a lot with my code, trying to get everything to run smoothly and not overlap each other, like I talked about earlier. 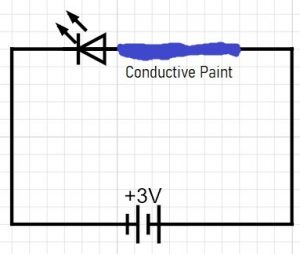 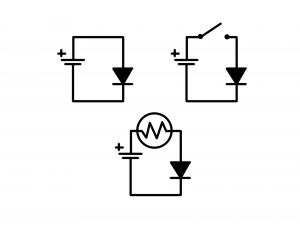 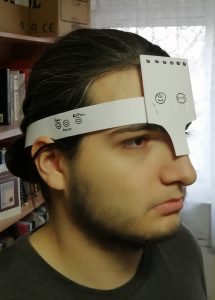 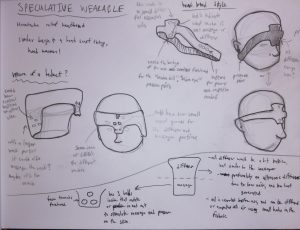 (the quality for this is really bad and I don’t know how to change that so you can look at it closer on this imgur link: https://imgur.com/a/VgYkBwl ) 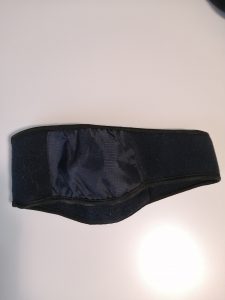 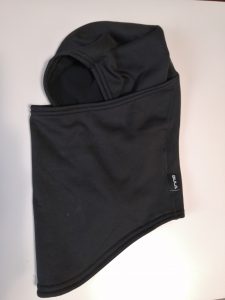 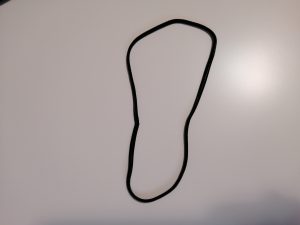 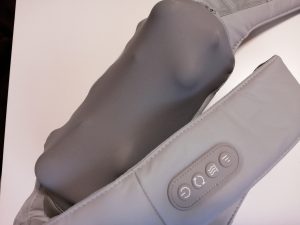