Description of what we are investigating:

From researching creative inspirations that we found from Behance, Instagram, and the web, we were inspired by cinematic themes in nature, miniatures, and light imagery. Our brainstorming led us to investigate how to create a simple, cinematic nature scene (e.g. animals and a cottage at the top of a hill in the countryside, near the ocean) that involves spatial and temporal changes, such as day-to-night transitions and playing with the weather (e.g. inducing fog, precipitation). We used Miro as a collaborative space to note ideas and resources that would be helpful in creating this scene. Additionally, we experimented with the Robot arm to get a sense of how it can be used to film the scene. For example, the Robot arm could be useful in holding a phone to film the scene from a panoramic aerial view, panning over the scenic transitions. We are also thinking of minimizing post-production, focusing most work on the production process.

What we learned / How it went: 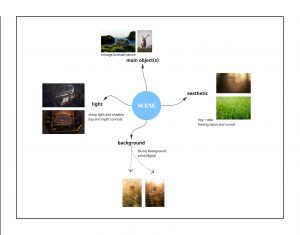 What are we investigating?

For this first assignment, our main goal was to experiment with the robot arm and a camera, since our first assignment is going to be between us and the robot holding the camera. We want to investigate how the robot arm moves with a phone and phone stand attached to the gripper, what the limitations of the movement could be, other capabilities of the robot arm movement that we might not have expected, and what a short video might look like filmed by the robot arm. We figured this would be good practice for project 1, to give us a better idea of what we would be potentially working with before we got too deep into the storyboarding process for our final video. 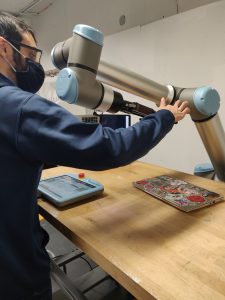 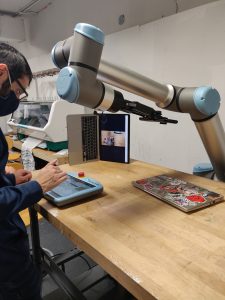 We first built a program that had the robot clutch the iPhone while recording a brief video introducing the computer that was on the table from all sides, in order to verify the hypothesis that a smart robot is capable of spinning 360 degrees and shooting while in motion. But it didn’t turn out that way. Due to space limitations and the length of its arm, which made it simple for things to collide with it, the robot was unable to complete the 360-degree rotation assignment. At that point, we noticed that when we built up the project, the space and the robot’s structure had not been taken into account. We updated our software to a successful half-circle spin after carefully observing and measuring the area and the robot’s construction. To sum up, through our initial interaction with the robot, we have discovered that the first thing we need to keep in mind when beginning a new program is the robot’s entire environment.

Idea
For Dev 1, we wanted to experiment with the robot arm’s spatial movement. Primarily, the goal was to test how the robot arm could handle a 360 degree encircling of an object.  We attached a phone to the gripper, utilizing the phone’s camera to take photos/videos of the object. Additionally, we also wanted to explore shooting angles such as a top-down perspective. In these experiments, we are trying to figure out how fluid the robot arm can be, after we’ve programmed a series of moving commands into the console. We observed the speed of the arm transitioning to different points, whether it would collide with the object, and the quality of the photographs/videos taken on the phone. This is prep work for our Project 1, where the camera’s perspective will be crucial. This will also be very useful for Dev 2, where we plan to use the robot to 3D scan an object.

Process
First, we placed our main character “Dead Panda” on the central area of the table beside the robot arm. To prevent the arm from reaching the maximum moving distance to the bottom, we put some wood blocks under the object to increase its height. Then we started to position the beginning waypoint of the robot arm and adjust the shooting angle of our camera. After all the initial preparation, we started our first attempt by inputting four waypoints that were programmed by each of us. Unfortunately, our first attempt failed. The gripper kept doing full rotations during the demonstration – a potential hazard for the object – because we were manually changing the positions and angles of the gripper. After another failed attempt, we realized we needed to control the gripper and arm on the pad rather than direct operation on the robot to resolve this issue. Although the camera collided with the object several times in movement due to inappropriate positioning of waypoints, we eventually accomplished the task and got a smooth video of an encircling shot of our main object. 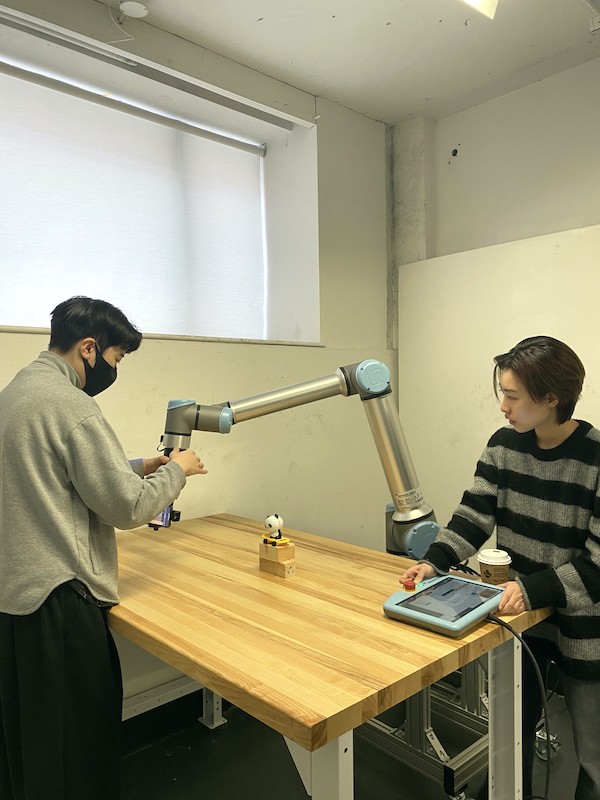 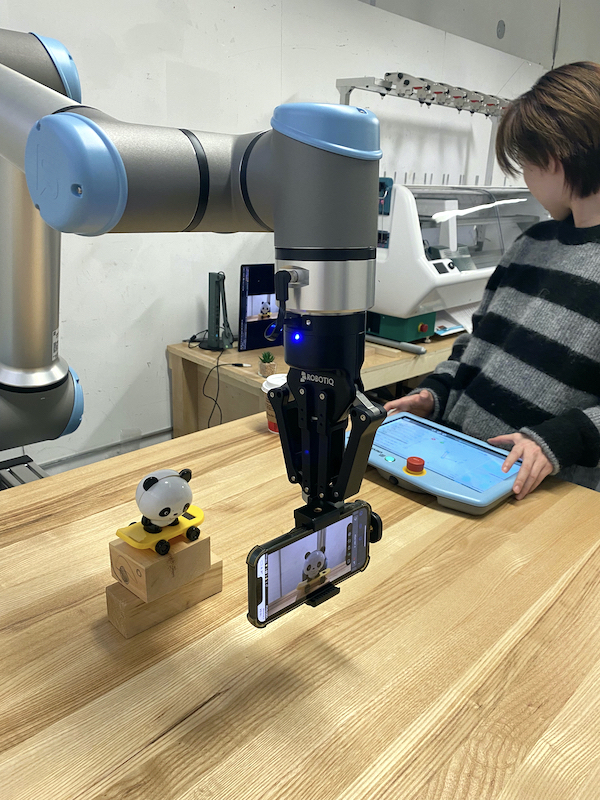 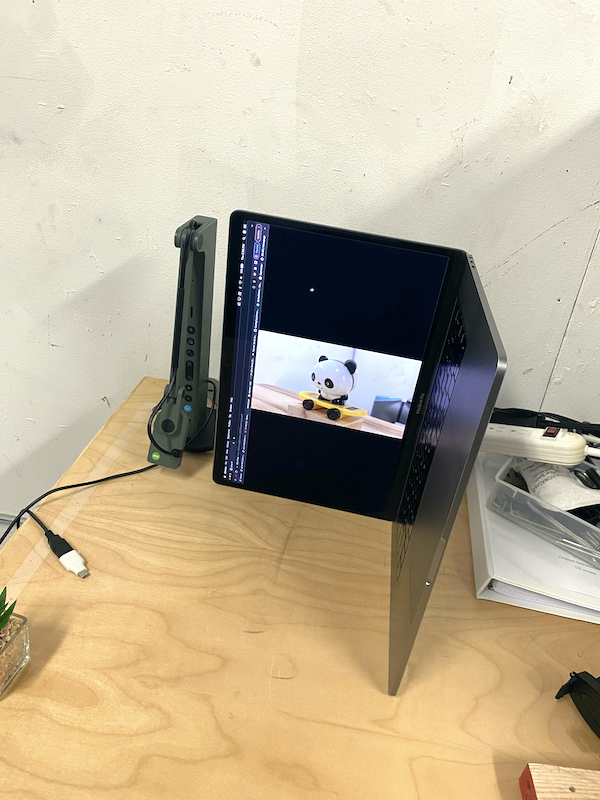 Learnings & Outcomes
While going through this process of trial and error while working with the robot arm, we were faced with a few of the aforementioned challenges. This process helped in understanding the limitations of working with the said technology. We realized the importance of working towards smaller goals helped in understanding the movements and familiarizing ourselves with the controls. The first step towards Project 1, resulted in a short 360 degree video of a small object placed on the table. The intent was to be able to create a smooth transition between camera angles and positions. We achieved that to an extent by working as a team art directing the scene. This exercise was able to add value to our Project 1 Ideation process.