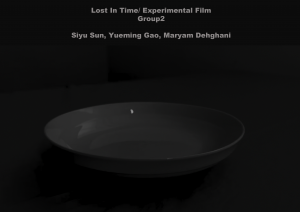 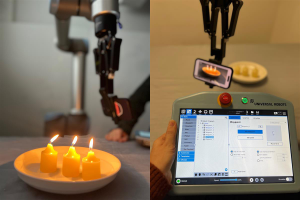 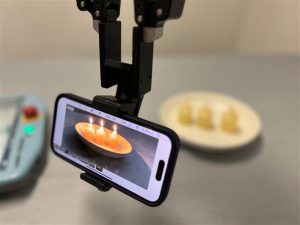 Description of what you are investigating

In this mission, we study the control of the robotic arm and establish the operating range to carry out the automatic shooting. The controllability of the robotic arm has inspired us to use it in experimental video production. An experimental film is a film with a single objective language, without narration or subversion of traditional storytelling techniques. It mainly creates short films and closely relates to surrealism, expressionism, and avant-garde art. The methods used in the experimental film include defocusing, distortion, staining, repetition and quick editing of the image. Furthermore, unsynchronized sound and image, voice variations, grotesque characters and vague themes are also common styles in experimental movies.

To achieve a unique camera lens in experimental film, we think robotic arms are a good starting point for research. So we would like to test this technique on our first mission.

For our project, there is a frame which we will use in the edited video to show whether the candle was lit or extinguished. It is essential for this Dev1 to be familiar with the robot arm because the robot arm can complete precisely the same movement every time. Then we can have 3 similar frames, but the candles are different.

2. Three candles on the plate. We put three candles into the plate when the robot arm was circling the second time.

3. Lit three candles on the plate. We controlled the robot to stop at Waypoint2, Waypoint4 and Waypoint6 by the touch screen. Then another person can have time to light the candles.

For the first experiment, our team is investigating different perspectives of cinematography and their effects on the rendering of scene dynamics. Each of the team members has presented an idea and brought materials for testing. Anas decided to use the robotic arm for light painting, specifically drawing text using long camera exposure capturing a robotic arm holding a light source. Ellie is trying to explore close-up shots to top view shots, recreating a miniature landscape with elements of abstract sculptural objects. Ricardo delves into the question of how we can translate pop culture elements, such as memes or iconic video game scenes, into a precise perfect camera shot with the aid of a robot? And Chitra is trying to capture the speed and motion using the anime character toys widely known as beyblades. She is trying to create an intra-interactive  pattern between the objects and then using a robot arm to capture the zestful dynamics of the toys. She is trying to achieve a comical violence essence through this idea.

What is it you are trying to figure out?

For dev 1, we are trying to experiment with a diverse range of possibilities with robot cameras, in terms of rotation, movement, control and timing. We are striving to familiarize ourselves with the robot arms and the technicality of it in order to better achieve optimal collaboration, specifically how the robot can aid in creating a precise scene. In addition to the technical part, we are exploring multiple themes incorporated into the cinematography of robot cameras and how unique effects can be generated via such methods.

Documentation of process and results 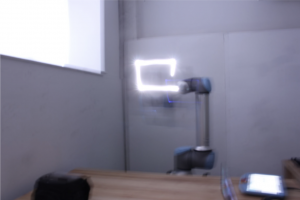 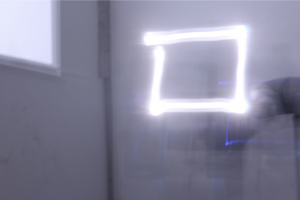 The scene: Boo haunting a character (Mario usually) until it touches him and Mario dies.

Death by Boo example links (what we are trying to replicate):

Sketch diagram for setting up the scene: 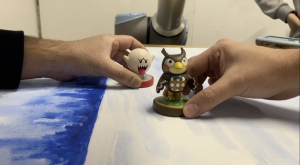 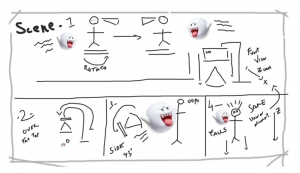 How did it go? It doesn’t have to work to be useful experiment. Give a brief description of what you learned (100 – 200 words)