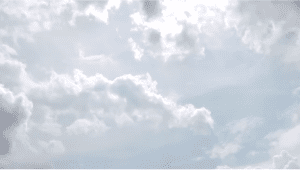 The concept of the afterlife has always been a controversial and highly debated topic. Many cultures and individuals disagree on what happens after death. Some believe in reincarnation while others think the human soul leaves its shell and ascends into a higher place. Some even believe nothing happens at all. In our project we aim to encompass all these concepts in which one will go through many stages of life after death. First, they will walk into darkness, then a walkway will slowly light up once they advance a bit farther until they reach the end of the path where a beautiful display of clouds will appear signalling they have reached the end.

We were inspired by the idea of dying and “going into the light”; something grim and undesirable becoming something beautiful and inviting. But of course, no one wants to die in order to experience this. Our project aims to fabricate the concept of “Heaven” and the afterlife by recreating it in many ways. We want to give people a near death experience without them actually having to die, complete with visuals and sounds we believe would be present when in this scenario.

Concepts/ how it will work

In order to create this effect, we will be using proximity sensors to trigger 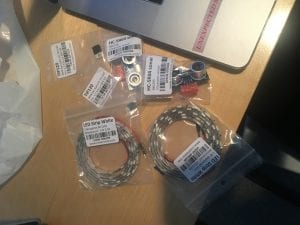 events. The space will be dark or inactive when no person has entered the room/ space. Whispers will be heard around the room as the other “souls” acknowledge your presence. The first proximity sensor will be connected to one laptop and will trigger the LED strips. These strips will gradually light up as you walk lighting up a path representing you being welcomed into the afterlife. Upon reaching a certain point, the next proximity sensor, connected to a second device will be activated where the heavenly clouds will gradually appear and angels will sing marking the moment you reach your final destination. A concept we are taking from a previous experiment is the idea of using sensors to trigger different events. Although we did not create these sensors, we plan on formatting and designing a space that will make the sensors completely unnoticeable and use materials to make our space as aesthetically pleasing as possible.