For this exploration, I first chose to explore Tilt Brush. I am not well-versed in VR but approached it with an open mind. When I put the Vive on my head my equilibrium was immediately thrown off. After a minute or two, I regained my mental balance and began flipping through the menus. What I discovered was a world of possibilities within Tilt Brush. The thought of 3D modelling in VR never even crossed my mind before this class. When I was asked to create an asset, I didn’t have a concept in mind. Instead, I frantically created something abstract using all the brush options I could find. This was the result. 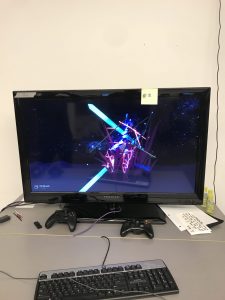 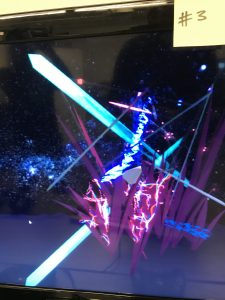 I am pleased with this application and wish to explore its other capabilities in the near future. I feel like VR modelling is more interactive and mentally-stimulating then the traditional pointing and clicking.

As for the 360 video, I  watched the Mr Robot video in Within. As a fan of the show I felt immersed within the world. Elliot – the main character – was narrating his thoughts while having a mental breakdown. He is able to talk to the viewer, but other characters cannot interact with me. It is interesting to say that least. I can see the value in it as a medium for trailers and other such experiences for marketing purposes.

Lastly, I played Siege VR Demo. It was fun and easy to pick up for a novice like myself. It was a timed bow-and-arrow challenge to hit targets. The more I walked around, the more objects I found I could interact with such a molotov bottles. It made me want to purchase a VR set for gaming purposes.

This should be a fun semester.