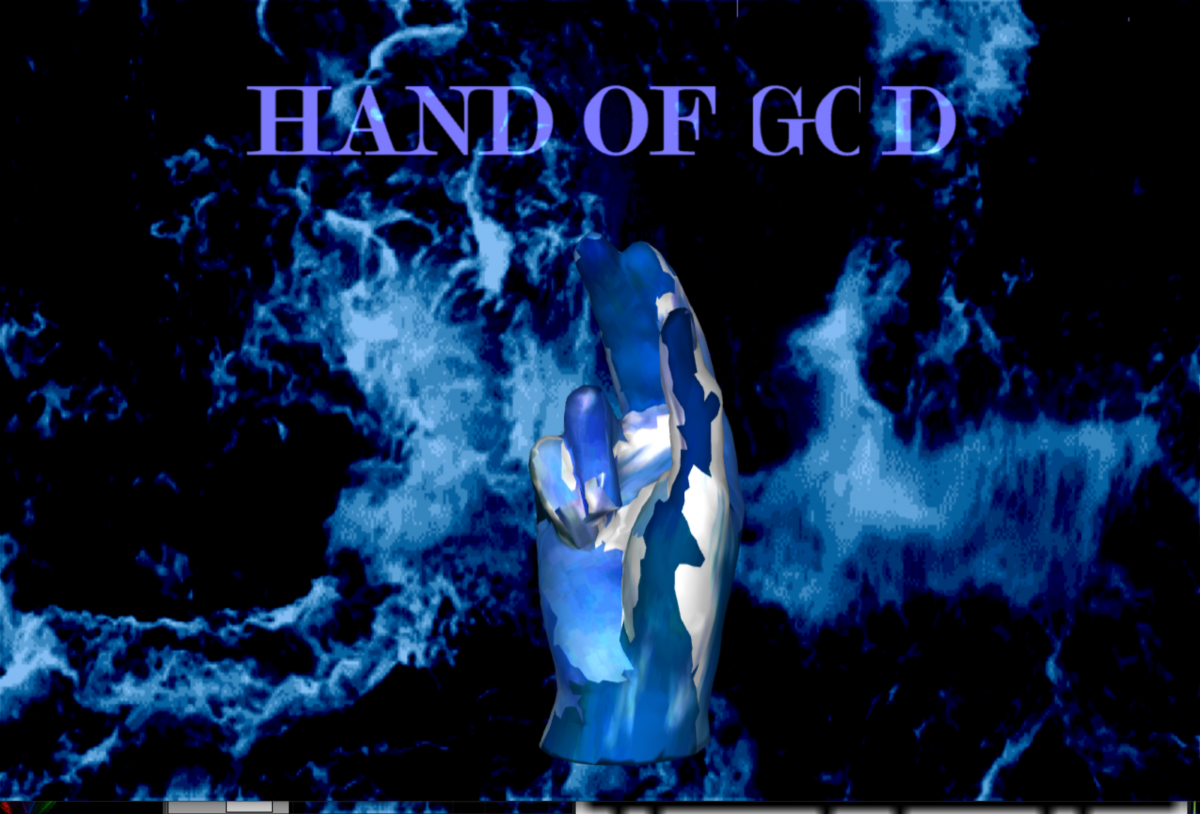 For the body part I chose to cast my hand doing the gesture dubbed as “The Hand of God”.

(Above: 3D obj model of the hand cast (Hand of God gesture))

The Hand of God is a gesture in Judeo-Chrisitian religions which often appears in artworks. Done with the index and middle finger up and the thumb relaxed with the other fingers closed, This gesture signifies the presence of their God or as a symbol of divine intervention. I found this very fascinating as with the concept of the “Deus ex Machina” or God from the machine. From the Pulp Fiction scene where Vincent (Travolta) and Jules (Jackson) miraculously were unharmed despite being shot at with a hail of bullets to my personal experience in which I avoided a vehicle running me over by near inches.

The idea of other worldly forces intervening with the physical world and interacting with each other is just a concept I wanted to explore; which is why I chose to settle on this gesture.

For this project, I made the 3D model interactive through the use of the program Touch Designer. With Touch Designer, I’ve made a button that makes the light focusing on the 3D model go and off creating a stuttering effect similar to what a lightning makes. In conjunction with that I also put a sound effect of a slowed down heavily reverb drenched thunder every time the button is pressed. Also, to add more ambiance and depth to the project, I put on ambiance made by cold wind coupled with a track I have made to further enhance the experience. In addition, I also wrapped the model in a video of clouds and the background with a video of the sea. I chose the sky and sea because I felt that it represented divine intervention well as in that it could occur anywhere. From the depths of the sea to the skies above us. It does not pick a place. It just happens.

The video below shows all of the projects versions and iterations from the beginning up until the final version.

This video shows the process and documentation of how the background music was created, this shows the first two versions.

The video shows the process of making the mould.

Preparing to make the alginate mould to put the hand in. 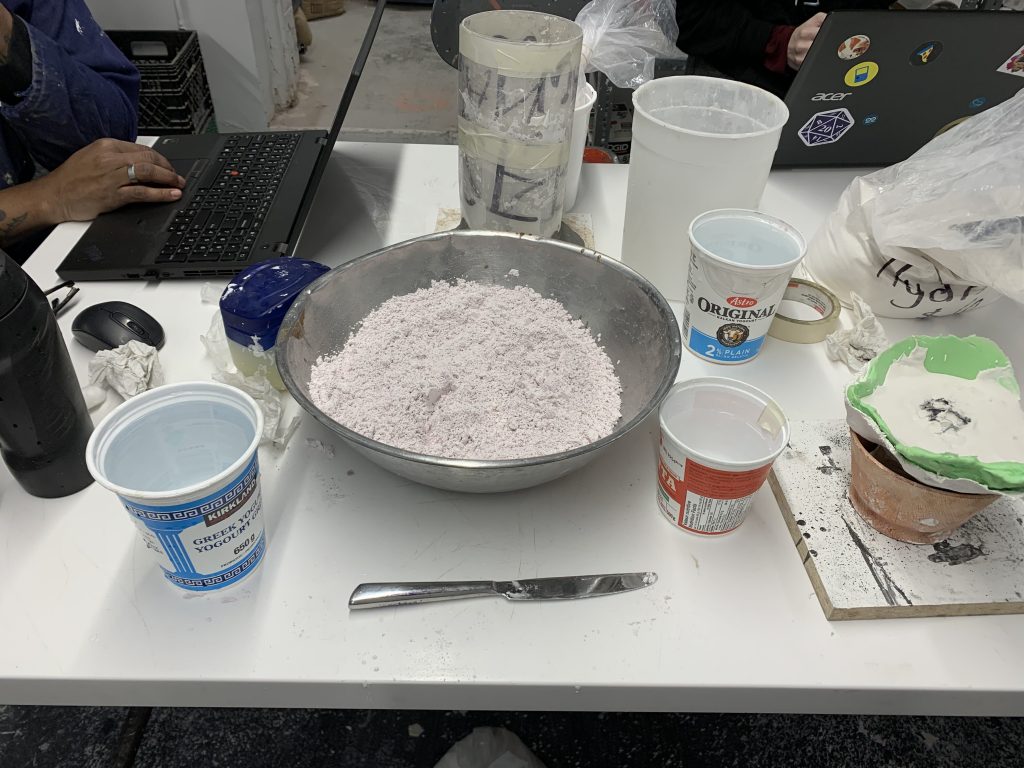 The hand being casted into the mould. 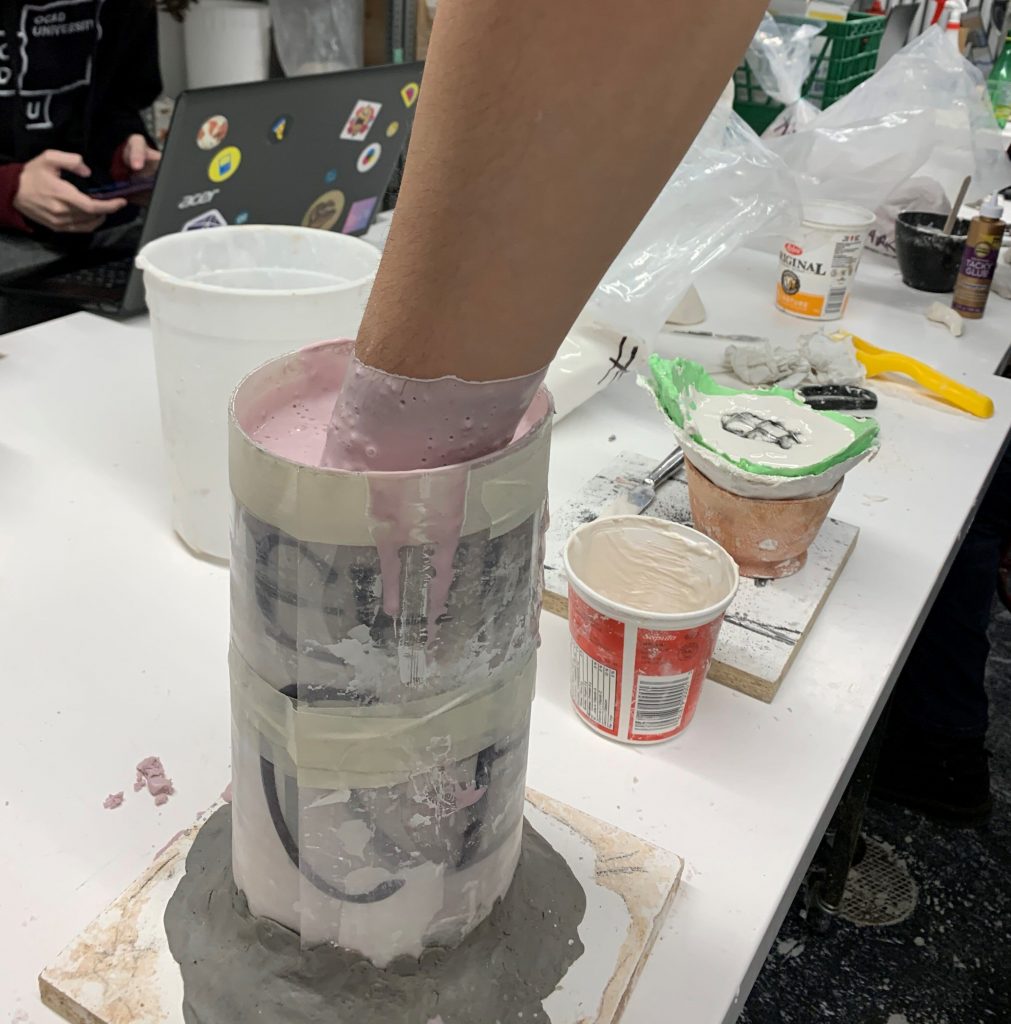 Mixing the plaster with water to create the solution that will form the cast. 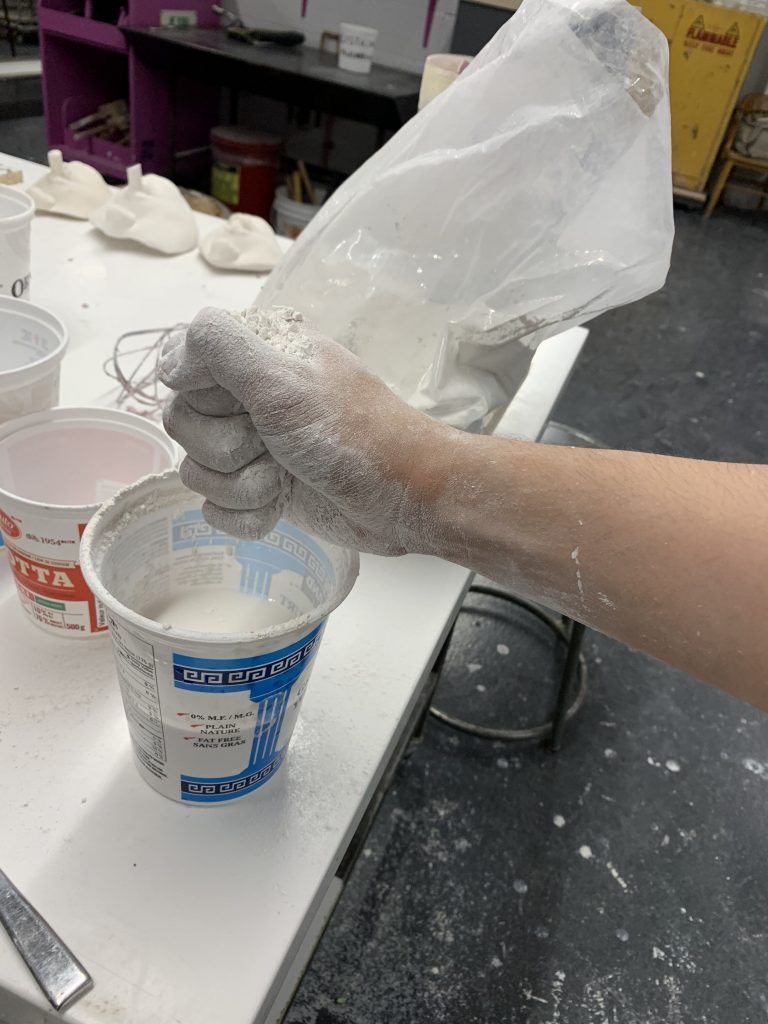 The process of taking the alginate of the hand cast made out of plaster. 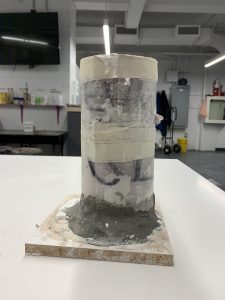 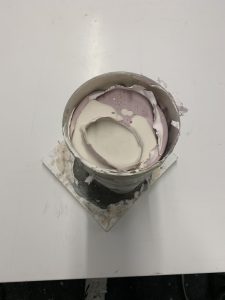 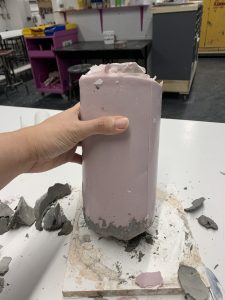 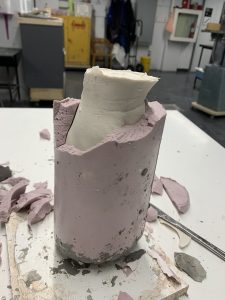 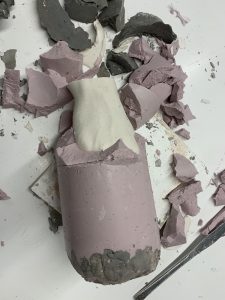 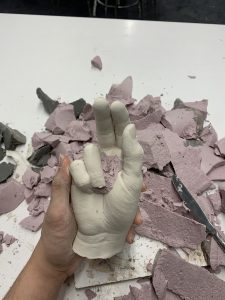 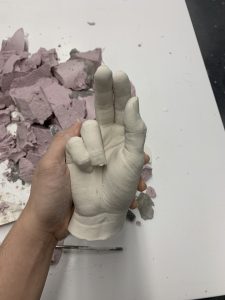 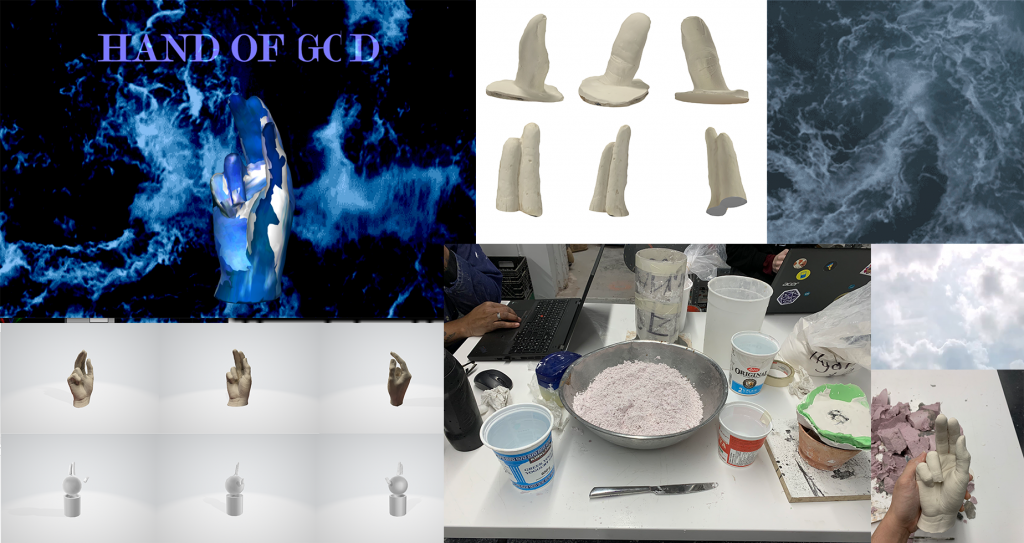 Overall, I think the project went well. The interaction between the button and the 3D model went very well. It did what I wanted it to do which was create a thunder and lightning effect every time the button was pressed. Although there were things I wish I could have done better. For example, I hope to have polished the 3D model more and make it seem smoother and less rugged which would in turn make wrapping videos around it easier. Due to the models ruggedness I found that it fragmented the videos wrapped on it as seen with version 3 where I tested it with the Pulp Fiction movie scene. Another issue I’ve encountered was while casting the hand. When I had finished taking off all the alginate mold over the hand, I realized that the middle finger did not form entirely. This was due to an air bubble which formed inside the mold. This taught me that I should be more careful about the hand’s position and to handle the filling up of the mold with plaster with more care. However, I am still happy with the project’s outcome despite those minor inconveniences as the project came out the way I wanted it to be and has taught me a lot along the way.

These are all the files and links used in the project’s test versions and final version.

The google link below contains all of the project files including the TOE file: