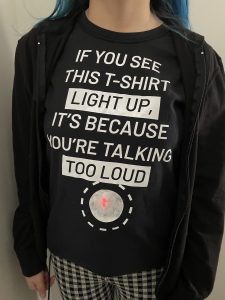 Hangovers are rough, and if you have ever experienced one, you know the feeling of waking up full of regrets, with a major headache and an increased sensibility to loud noises.

To help you get through it, I present to you The Hangover Shirt. You can activate it by pressing a button and lights will get activated from loud noises. So instead of yelling everyone to be quiet, let your passive-aggressive shirt tell them!

I started with a prototype of how the shirt will look like. 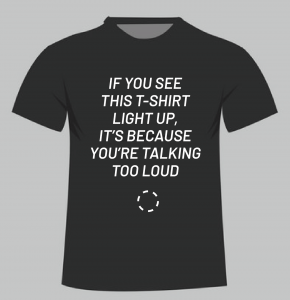 To test the circuit before sewing I used the alligator clips and from trial and error, I found a sound level that would react to only loud noises. 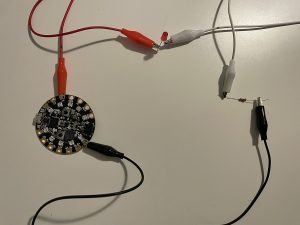 Since the wearable is meant to communicate with others, I decided to add another light to make it more noticeable. 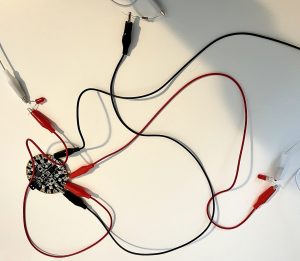 For the code, I decided to use digital values of HIGH and LOW for the LEDs. This allowed the lights to be brighter and shut down completely when the environment is quiet. 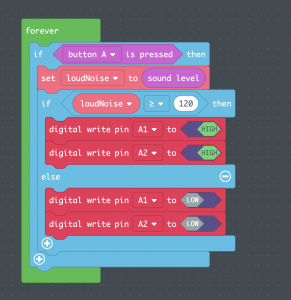 Here’s a video of how I tested the lights using a YouTube video of Steve Carrell yelling: testing-lights-video 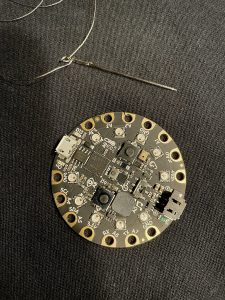 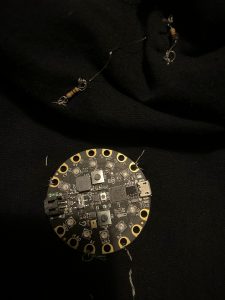 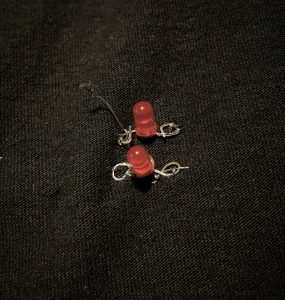 I decided to glue the paper over the lights to diffuse them a little bit. 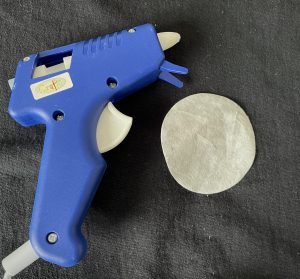 With the help of a plotter, I got the lettering in vinyl. 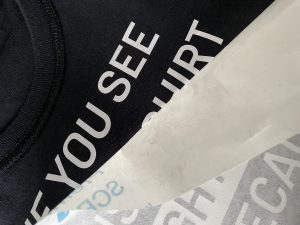 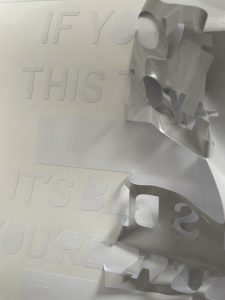 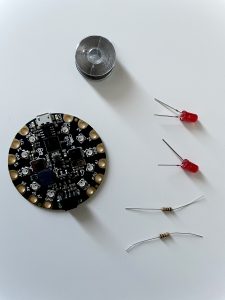 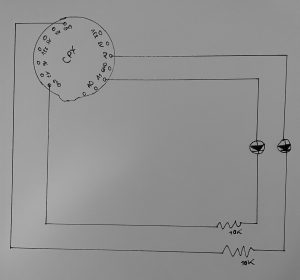 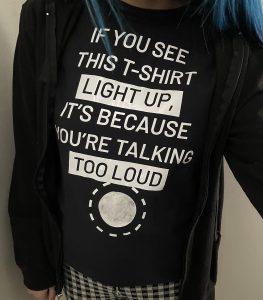 Overall I had a lot of fun doing this project. My sewing skills definitely need to improve, this is where I had the most trouble. But hopefully, I’ll keep practicing and getting better.

I was debating whether to use lettering for my shirt or not. I was worried that the use of a phrase will weaken the communicative powers of the lights. In the end, I decided to use it since the lights and the lettering complement each other and it allows the t-shirt to speak on its own with no verbal explanation.

If I could revisit this project again I would maybe a switch rather than a button since it was a little uncomfortable to keep the button pressed for the lights to work. I would also sew the lights in a more creative way maybe adding more LEDs to form a circle. I think I would also add a protective layer for the conductive thread, I had to wear a shirt underneath so there won’t be any contact with the skin.

Of course loud sensitivity is not only for hangovers, this t-shirt can also apply for migraines or just for keeping a quiet environment to allow rest or even meditation.

Resources for the prototype image:

VersaMe has a wearable for kids who are starting to speak and it acts as a word counter. This is related to my work since it interacts with sound as an input from the environment.

Another wearable that I found that uses sound as input is this tuner for your wear watch. It allows musicians to tune their instruments and is easy to carry around.

One thought on “Assignment 2 – Valeria Suing (The Hangover Shirt)”