My concept is to create a shoe with two analog pressure sensors on the bottom. Most people walk differently then other, when some people run they only step on the toes while other use roll from the heel to there toes. The inputs are the two separate analog pressure sensors, and the CPX will display the output as LEDs. Originally I wanted to use three sensors and 3 corresponding single LEDs that would increase in brightness during increase in pressure, but there wasn’t enough connections on the CPX to achieve that and its harder to see the pressure change with just the brightness increasing.

To represent and analyse, through lights, how you step and see how much pressure you apply n your heel compared to your toes when you step. Can also compare your step to another persons step.

I first started with following Variable resistors workshop to create the analog sensors. 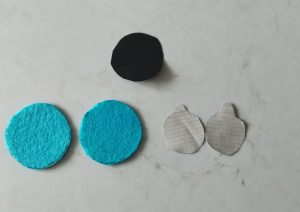 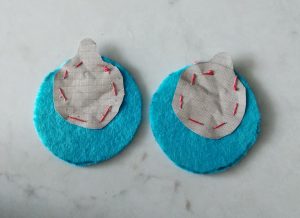 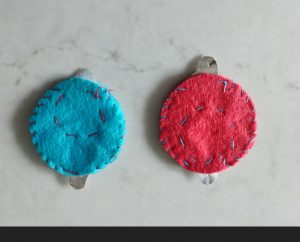 For the code I just adjusted the Variable Workshop code to work for two sensors and changed how the lights function. 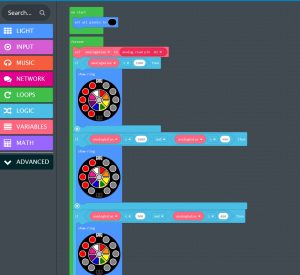 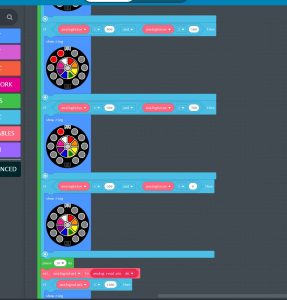 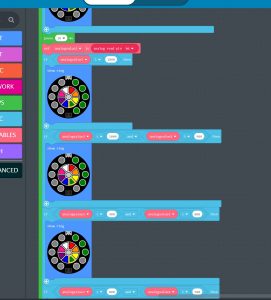 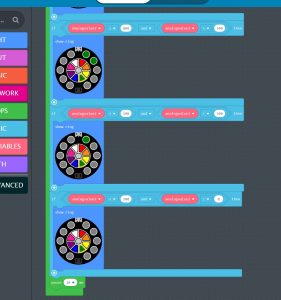 I then layed out the circuit and successfully tested the sensors. 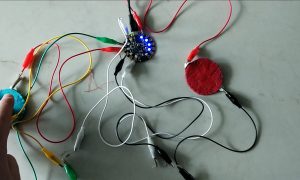 I then started sewing the CPX to the shoe and extended the flaps on the sensors to secure them to the bottom of the shoe by taping the flaps to the sides of the shoe. 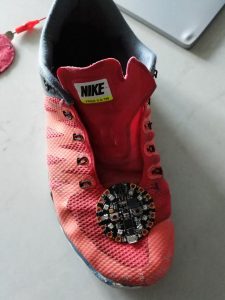 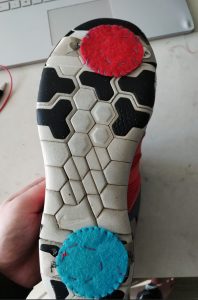 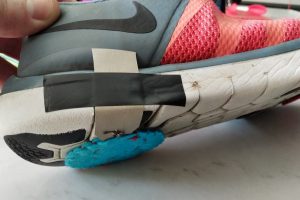 I then sewed the two resistors on either side of the shoe and connected them and the CPX to the sensors with conductive thread. I had to use two wires in order to not run the conductive thread onto each other because there were only certain parts of the shoe I could sew into. 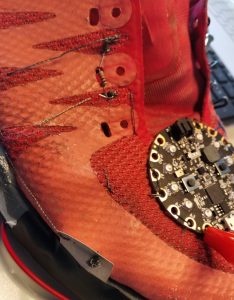 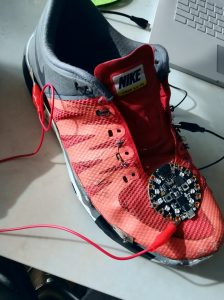 In order to conceal all the parts and wires I cut out a sock to fit around the shoe while leaving the sensors uncovered and leaving the CPX open to be covered with tissue paper to defuse the LEDs while still be able to see each light on it own when lit. 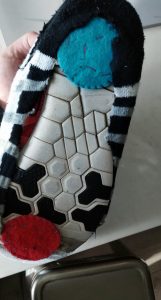 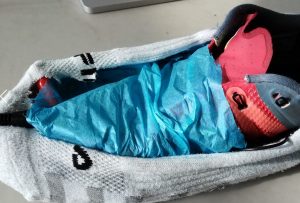 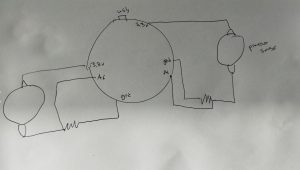 Reflection: I think the final product communicated the idea and concept clearly but it could function more accurately and the aesthetic of the sock doesn’t make it look very nice.  If I were to do it again I would use a much thinner shoe in order to be able to sew the conductive thread into anywhere on the shoe, because the one I used limited the space the thread could be. If I had a shoe with that space and a CPX with more analog pins or a second one in order to accomplish my initial idea of using three sensors (add one to the center of the sole) and with there own corresponding LEDs that could all be on at once representing the pressure with brightness but the LEDs I have made hard to distinguish between ranges of pressure. I also think the sensors could be built better but my sewing experience limited me in making it function perfectly and more accurately.