Concept: For my assignment, I wanted to capture the feeling of walking down the street on a good day while listening to my favourite song, maybe on the way to get trashed with my friends, or on the way home from the mall after buying some sweet shoes. So I conceived the “Having A Good Day Hat,” or “Happy Helmet” as I would call it if that didn’t infringe on the copyright for Ren&Stimpy (probably, I didn’t check).

My objective was, as always, to make exciting fashion items that are still practical for daily wear right now, today, in the present. 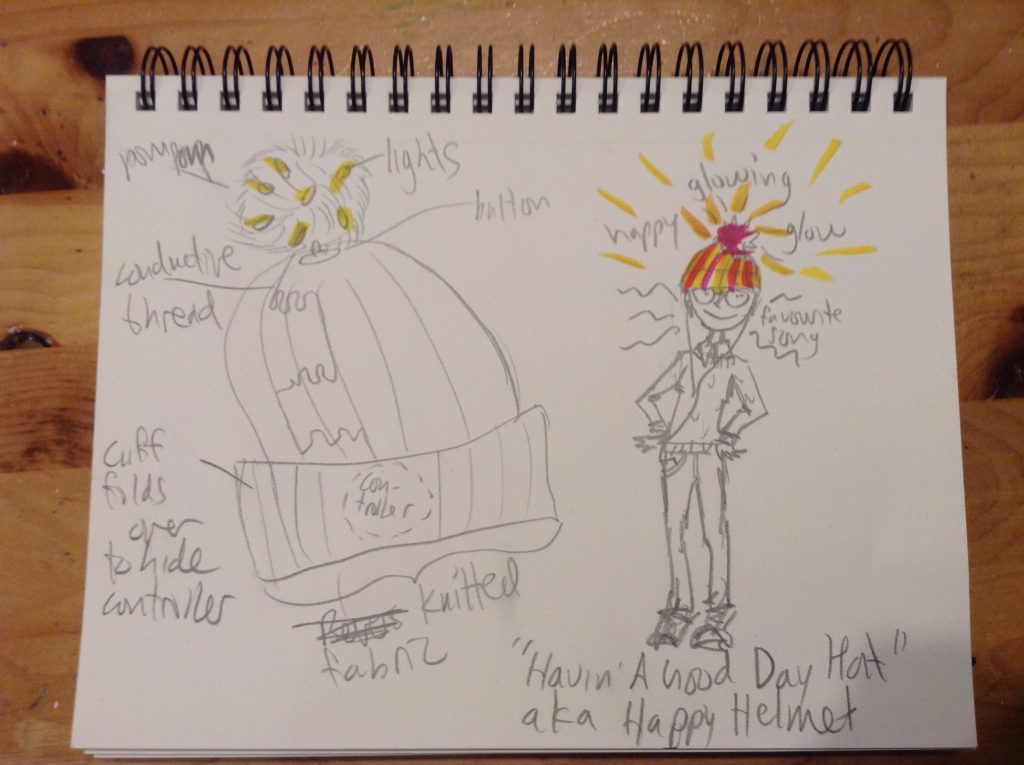 I knitted a hat and bought a pompom; I made it attachable/detachable using a button that fit through a buttonhole at the top of the hat, but ended up taking that out and just sewing the elastic loop on the pompom directly (AND invisibly) to the hat. 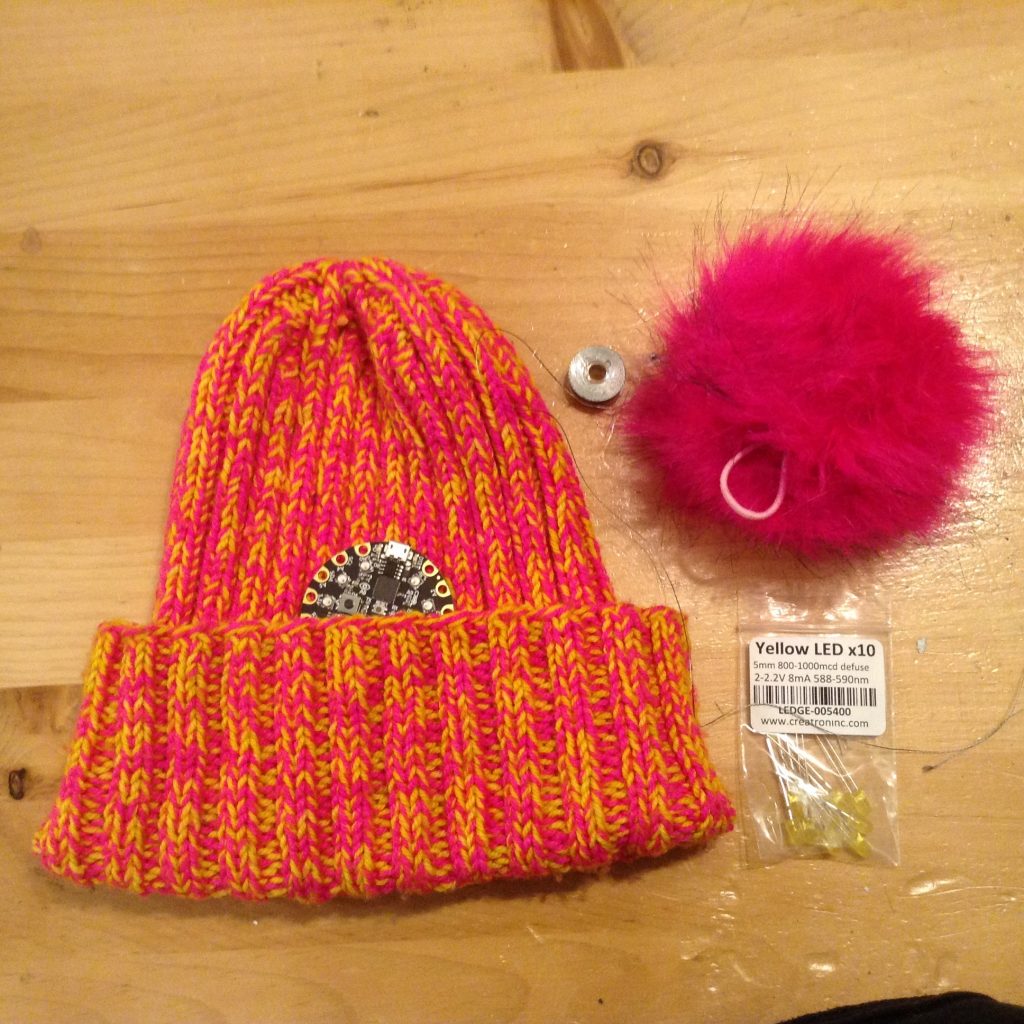 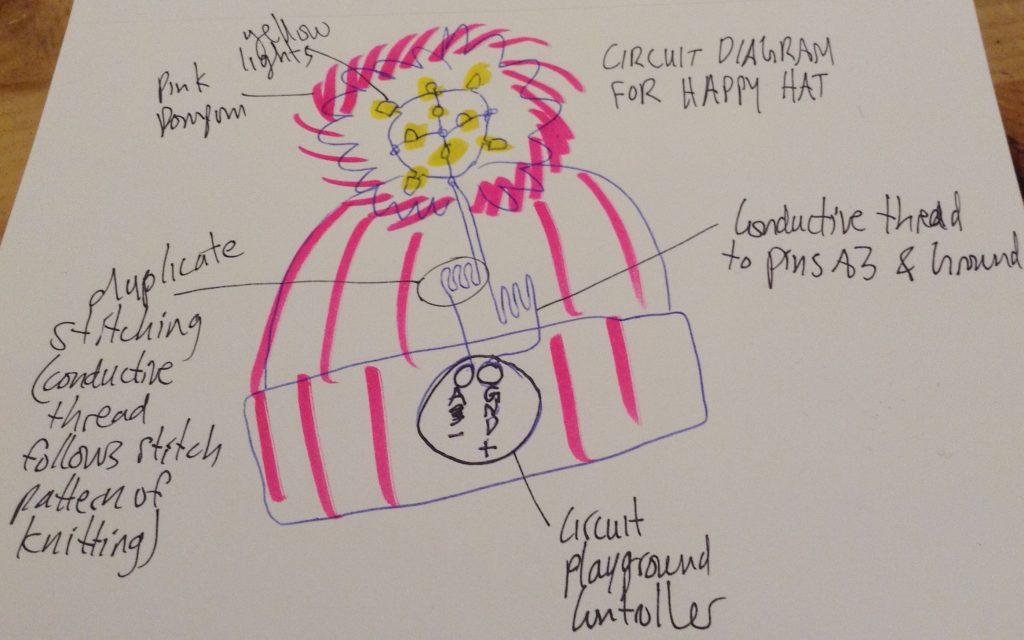 I connected the LEDs in a sort of cage around the core of the pompom; I then pulled the fibres out from under them so they are hidden. 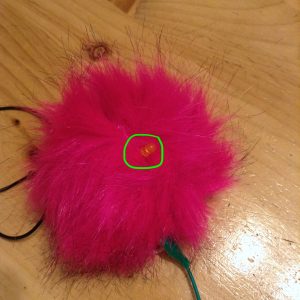 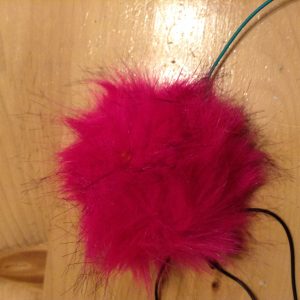 I attached all my LEDs, then got ready to test the little circuit and realized half of it was exposed wiring: 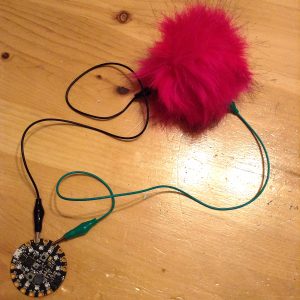 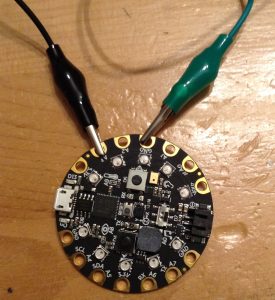 This project confirmed that I am better with the “wearable” part of the course than the “electronics” part. I’m glad the controller comes with an on/off switch built in.

I didn’t realize until I began assembling my design that I had exposed wiring (the LED pins) up against fibre; nothing happened with my wearable, but I think that’s definitely a dangerous thing to have and if this were to be a retail item it wouldn’t be appropriate. Maybe I could wrap the pins in conductive fabric next time. I’m not sure what the best protector would be.

If I did this again, I would make a pompom myself with a fine-gauge, floppy yarn so the LEDs would be easier to hide; they would be incorporated from the start instead of me having to pick apart the fibres of the pre-made pompom to get them down to the bottom of the strands. It was also really hard to link them all together around the core of the pompom like one of those jade puzzle balls.

I originally planned to “cap” the LEDs with some sheer, gauze-like fabric, but I found that so much extra material jammed into the fibres of the pompom really detracted from the overall softness of the item. I hope for my wearables to be completely soft, just like regular clothing, and the crunchy/chunkiness of a bunch of covered LEDs in a not-very-large pompom made it seem too much like a silly craft project instead of fun&casual (yet futuristic) club wear. (below: see-through ribbon that looks cool but wasn’t practical). 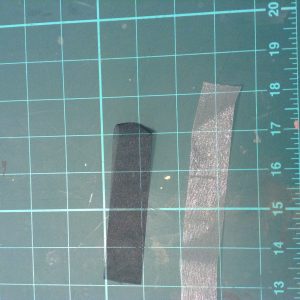 I designed a custom-molded, full-face mask covered in different coloured LEDs that blink faster or slower depending on the heart rate of the wearer. The front of the piece, the face mask, is thermoplastic, and the back&collar are one piece of highly elastic knit fabric; the mask can just be pulled over the head like a hat. 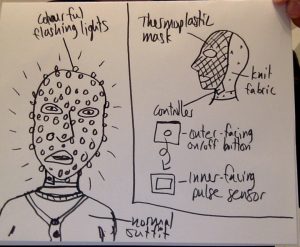 Unfortunately I couldn’t think of a good way to represent fabric in a paper prototype. 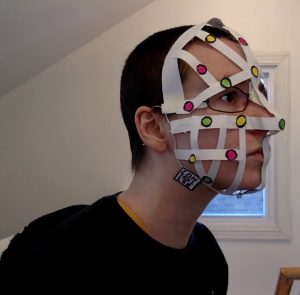 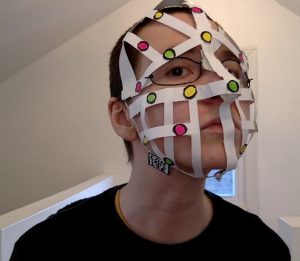 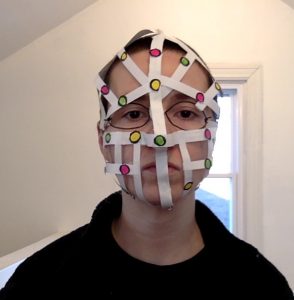 This piece is a fashion item designed for a speculated future in which present-day novelty/statement items have become daily wear. Rather than design a consumer electronic that happens to be worn on the body, I wanted my wearable to be the garment itself.

My objective was to create a completely new article of clothing, which could only exist in a future where wearable electronics are normalized. I also wanted to make something that’s just fun; my goal with all my projects is to entertain people. Finally, this piece is an excuse to use the radiation face mask from my cancer treatment; ever since they gave it to me at the end, I wanted to make it into some kind of wearable. 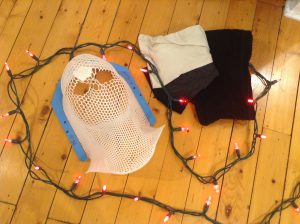 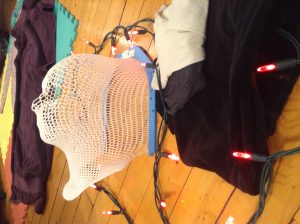 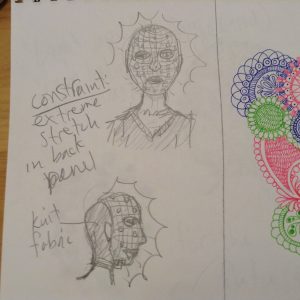 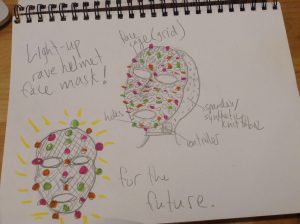 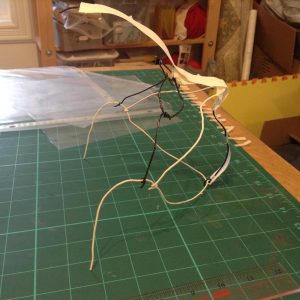 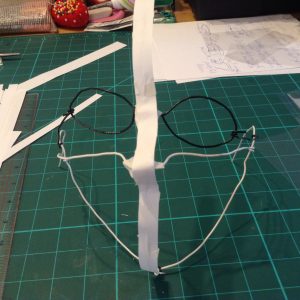 two exisiting items that resemble my piece are those light-up sneakers kids wore in the 90s, and a fencing mask.