The chosen emotion for this project is Fear.
Different people feel fear for different things. I know that the feeling of fear and anxiety increases when being in a very dark environment and is often due to a lack of clarity of my surroundings. When people find themselves lost in a dark space, even a single point of light, such as an emergency exit sign or the distanced moonlight, would help make sense of the space and provide confidence to navigate the environment.

The Clarity Scarf provides comfort and visibility while being in dark environments.
The scarf is made with soft fabric that protects the user’s neck. It increases visibility in the dark by using light-sensitive neon pixels located on one end of the scarf. When wearing, the neon pixels should be positioned near the wearer’s chest, facing front, and designed to be used as a mini flashlight that constantly adjusts its brightness based on the surrounding lighting.

The concept of this project emerged from the self-led ideation session instructed by Olivia, which generated interesting results. One of my favourite ideas from this session is a scarf that will shine when it is dark. I initially named it the Starlight Scarf, which includes a light sensor and will emit starlight when there is minimal light pollution. 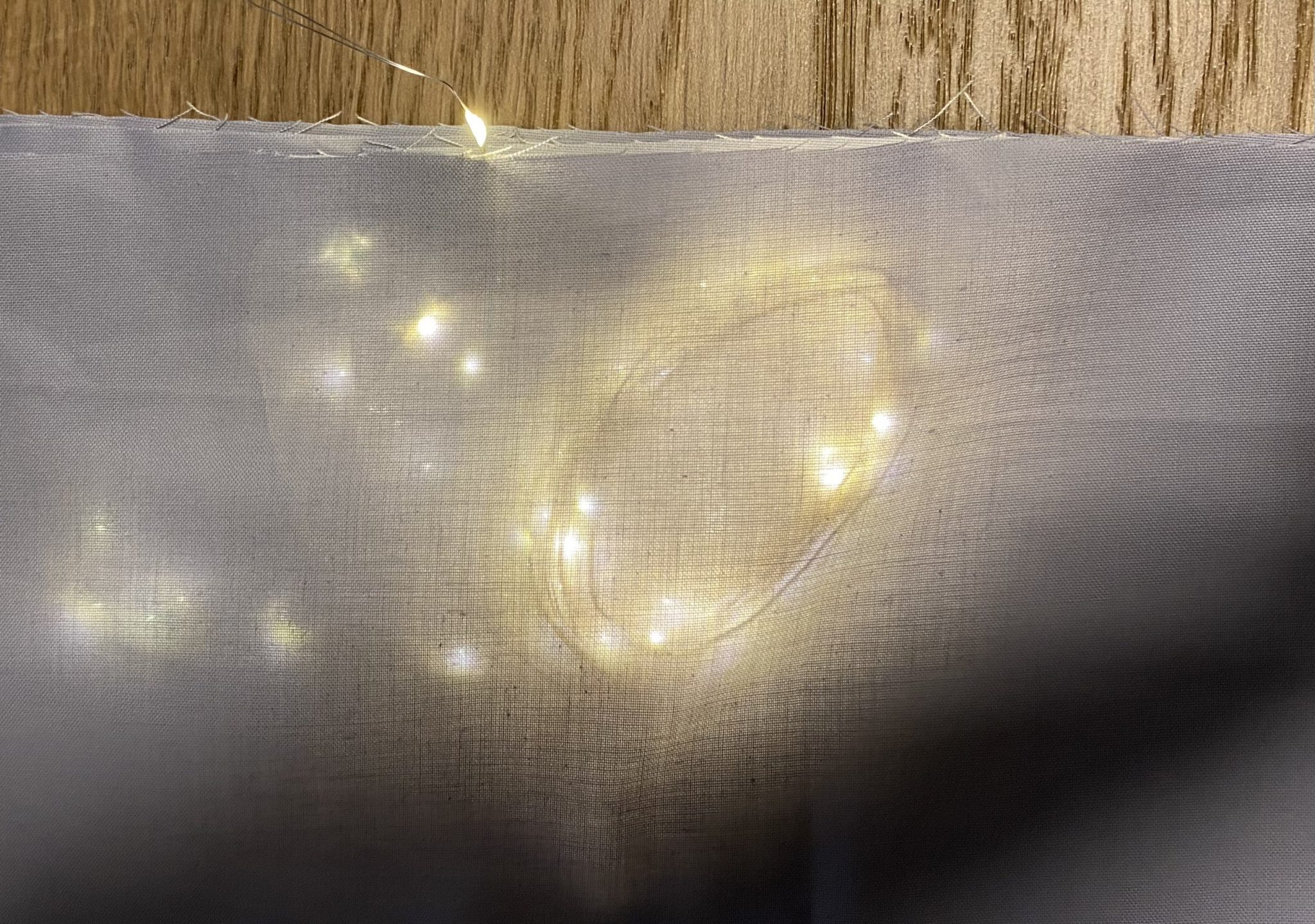 After a failing attempt to connect the LED light strip meant to create the starlight effect. I moved on and modified this concept with my second favourite idea, The Clarity Neckless, and renamed it The Clarity Scarf. 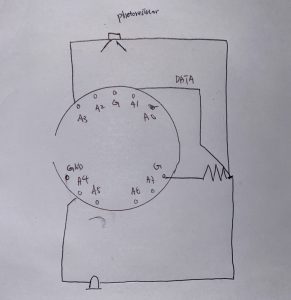 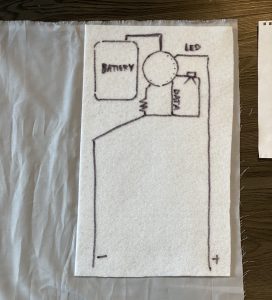 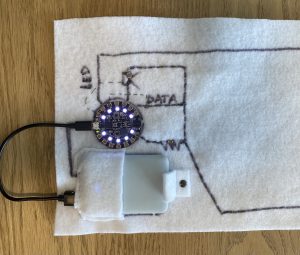 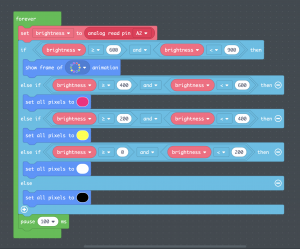 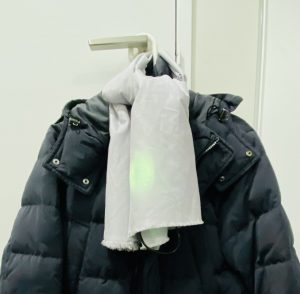 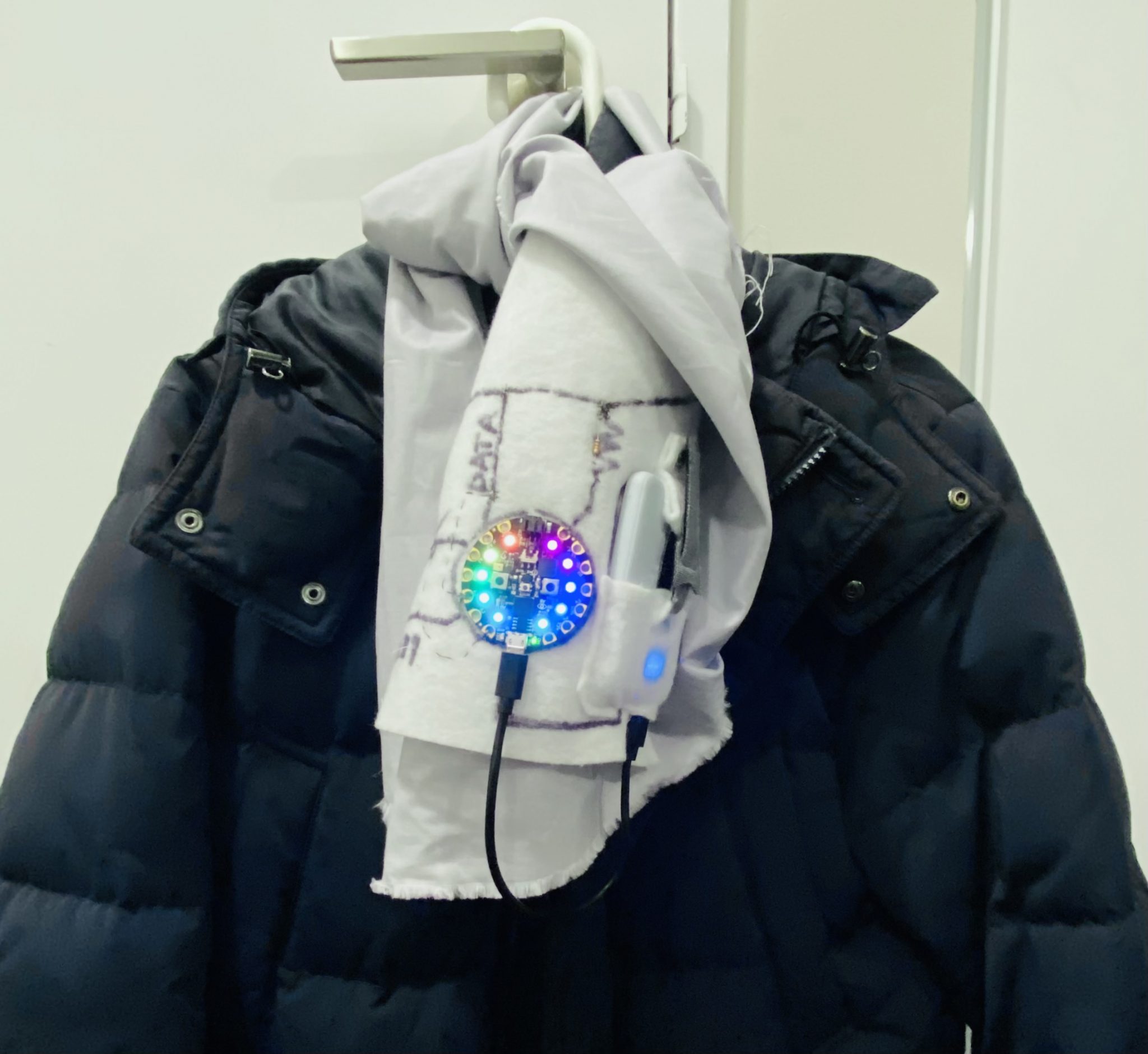 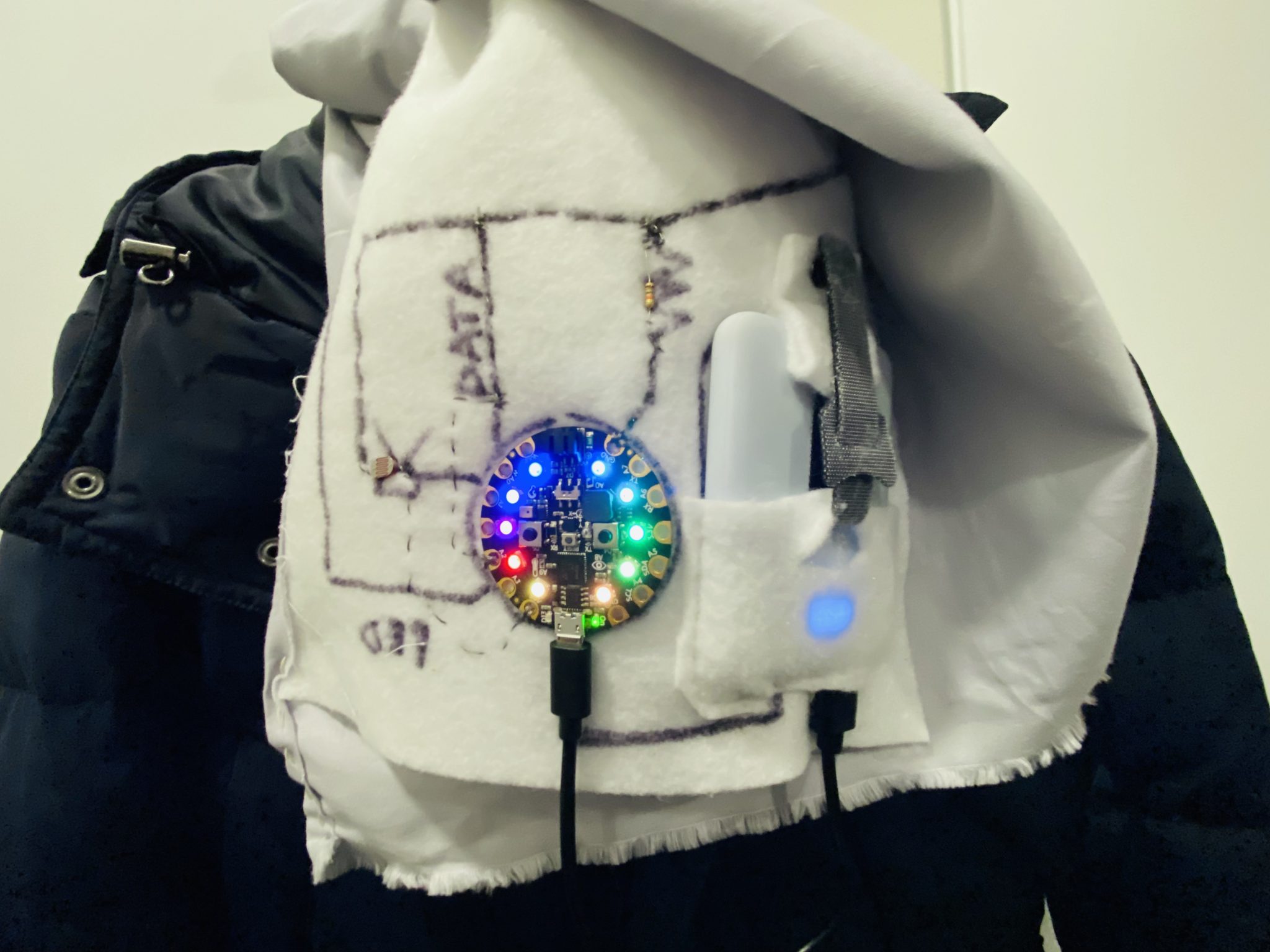 This project helped me understand how to build a working circuit on fabrics and textiles using soft, conducted materials like conductive thread and fabric. By learning how to use the brightness level received by the photoresistor as a reference to control and create different light patterns and colours on fabric, this assignment helped me gain a basic knowledge of crafting and programming wearable electronics.

If more time is allowed, some improvements I would be focusing on include, for one, moving the light sensor to another location that is better exposed to the surrounding light as shades of the fabric currently block it due to poor planning decisions; Secondly, I would make the position of the light source lower as it is closer to the user’s face which may cause discomfort to the eyes.