For this week I followed all the prompts to create various simple 3d objects in a scene. I experimented with animating textures and colours in various ways. For example, in the two screenshots below which show the scene at two different points in time, there is a sphere where I animated the colour and intensity mixed with the height map to imitate a glowing hot rock (where the thinnest parts would glow brightest). Also shown below is a cube with vertex displacement according to x position. 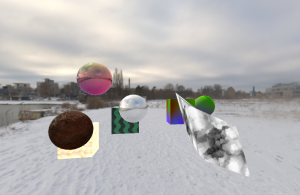 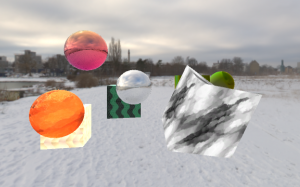 Then, I successfully ported over a fragment shader from an earlier week. With the sphere, I added an animation of a moving area of glossiness. 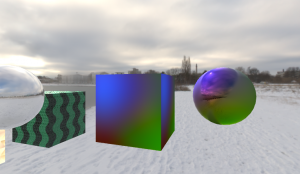 Here is a post processing shader I applied which added a purple hue and sin displacement. 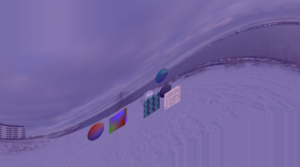