Final Project
For my final project I decided to incorporate the knowledge I’ve learned about shaders in this class in this low poly game I’m working on. The shader’s I used in the game are using unity’s shader graph.

Project Summary
Titled “Tomi and Ash”, the game is a low poly maze exploration game based on unity. In this game, the player plays as a very shy and fearful rabbit named Tomi, he finds out that his childhood friend that he’s secretly in love with, Ash, will be leaving to move to another far away land. Realizing that it’s now or never, fearful Tomi must gain courage and face his fears to navigate and escape a maze and try to reach Ash to tell her how he feels before it’s too late! Inspired by the aesthetics of Kanye West’s  “Good morning” music video directed by Takashi Murakami, the game tomotoru and children’s stuffed animals. This game is very stylized and surreal in nature as this was the type of design I was going for.

Shaders
In making the shaders I used the tutorials made by Gabriel Aguiar Prod. as a starting point. For the wall shaders (Moving Shaders) I edited a “Toxic Waterfall shader” into a holographic shader by changing the values of the voronoi shader’s tiling and transparency to create the effect. By stretching out the voronoi noise on the X axis and setting the Y value low. I was able to emulate scan lines. I also increased the power node’s intensity to give it a higher contrast. In terms of making the shader’s for the character model’s I followed Gabriel’s crystal glow shader. This shader mostly uses the fresnel effect as its base which is then multiplied then added to get the final effect. I then bumped up the emission on all of the shaders to give it a glowing effect. 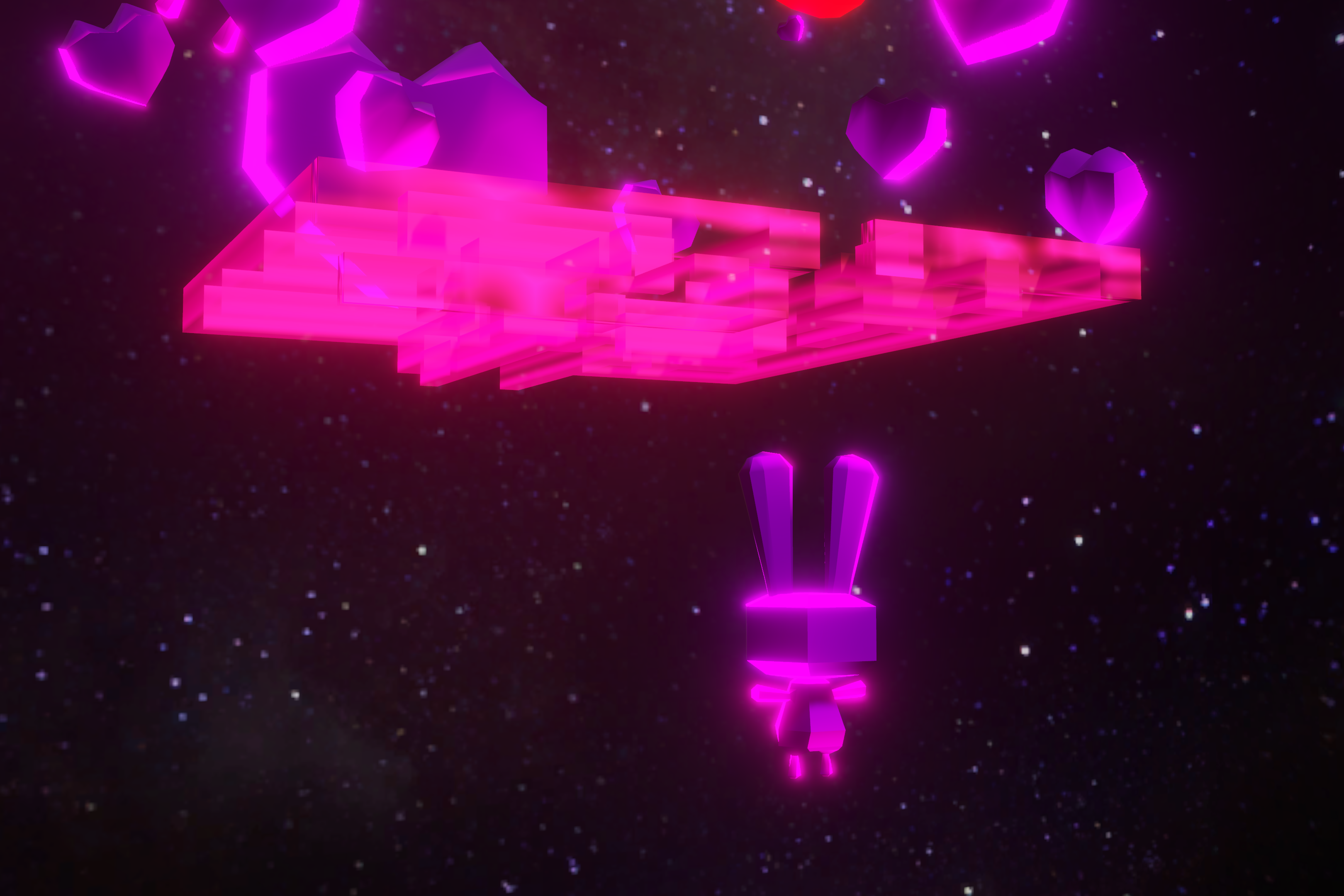