TO VIEW VIDEO AND PRESENTATION ONLINE 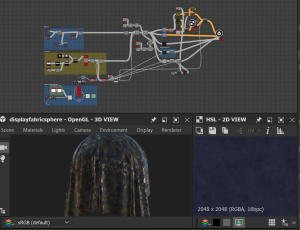 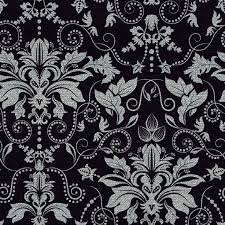 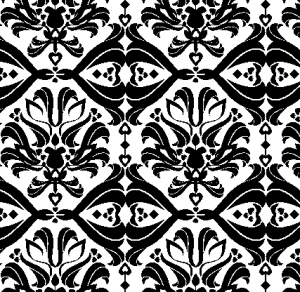 I tried to create my own medieval fabric! I would like to believe it turned out quite well! IT is a bit shinier than I had wanted but I have a feeling that might be related to the 3D viewer rather than an error I am making. There were a couple of formatting differences between by Substance Des and the one used in the tutorial. Regardless, I found this to be really fun and potentially even found a new passion. The nodes can get tedious and very repetitive but the results are worthwhile as well as the control that multiple nodes provide over the detail. As you can see the above are the two masks I used for this project that allowed me to get the pretty designs onto the fabric. The first I made in substance designer using levels and blurring and the second I touched up in photoshop (funnily enough also using the levels equivalent in PS)  Also they are very shiny intentionally, I wanted to make it look expensive and like it was woven with something fairy-tale like like golden string.

I think organizing nodes is the hardest part. At first it is quite nice and you can section off parts you are working on but as you keep going forward, to minimize space, you want to re-use part of your nodes (particularly when colour gets involved) and that is where I found myself struggling a little navigation and organization wise. I learnt a lot of very effective UI tips for that though and it got (only a little) better. 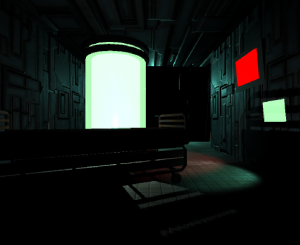 This was fun and pretty straight forward. I grabbed a couple of free BPR maps, made a couple of my own materials for simplicity’s sake and added some point lights and directional lights to add a little to the realism of the room. I was going for a horror sci-fi type of aesthetic. The 3D model for the bed I also got as a free model as I sadly did not have time to make my own. Regardless I will likely try and create something of this nature but with my own BPR maps in the future as I see a lot of potential in the variety that these can display at once. 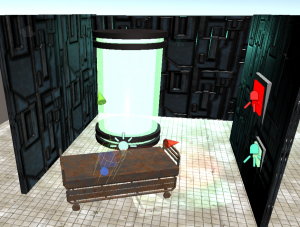 I also realized I did something wrong when starting the project to begin with, I should have done it in universal render pipeline as it offers a lot more variety for the shaders and can offer a more realistic, more aesthetic glow effect than my janky in object spotlights.  (Image of process and lit up assets/materials) 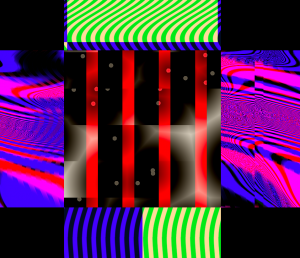 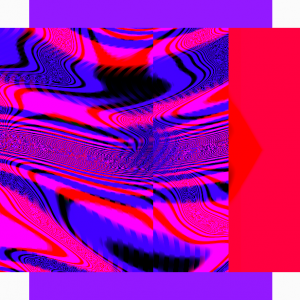 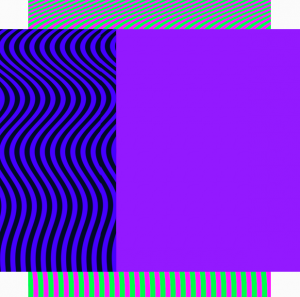 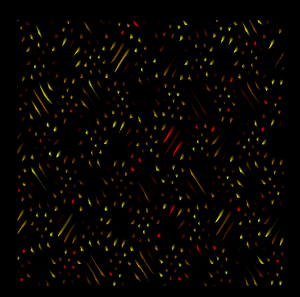 For this midterm, I wanted to focus on something relatively organic. Because my coding experience is limited I also wanted to work within limitations and explore this lack of knowledge as a tool of creation. I started off by creating patterns that gradually change over time or focus on texture, like the wave-like ripple followed by the actual static waves. This was achieved by using  “random” function, floor(), smoothStep() and very often sin and cos simultaneously to create a ripple effect. As a grid, I often used the entirety of the canvas and altered it as a whole for independent shaders. My teammate also added to the organic feel of these transitory motions by creating a shader resembling cells moving around.

Additionally, as I started also exploring the potentials of P5 I wanted to try and play around with what can change if I added a random function or if I altered the canvas size. Since the full-screen aspect was necessary I decided to try and use it to my advantage by adding movement or gradual change to the canvas in itself. I then realized the static nature of random when adding it to the canvas which in turn made me wonder if I could explore glitches as a form of art, particularly in generative art.

Overall I have learnt a lot from this experience, I wish I had a clearer vision from the start of what I wanted to achieve as it feels like the result is a bit messy but I am relatively satisfied with it. It is an 80s acid trip that goes a little wrong, a budget 2001: A Space Odyssey introductory vortex. 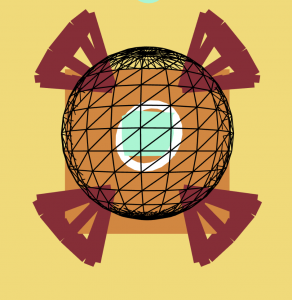 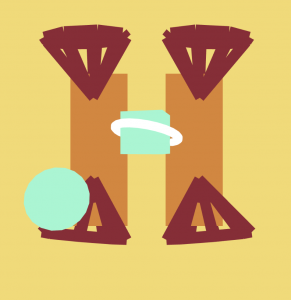 I tried to experiment with a little of everything for this resulting in a bit of a mess, but a fun mess! I tried to get a better idea of movement and special awareness through the Z axis. The hardest part was figuring out how to make all the cones face each other and sync-up but that’s mostly because I am not great at math. If you click you also get a directional light that you can move as long as you hold down the button. 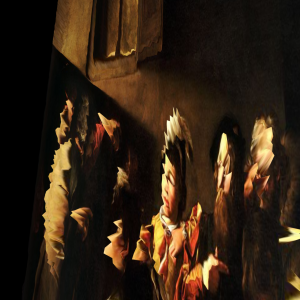 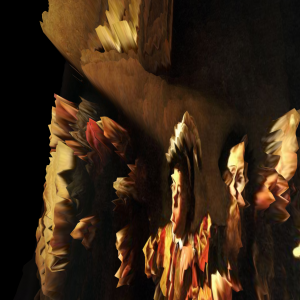 For the bumping I wasn’t quite sure how to approach it so I went Baroque. I feel like they used lighting and dark very powerfully so I wanted to see how figures would translate through this feature. I like it when it is quite reduced as it makes the people in the picture look a little three dimensional rather than like razor-sharp blades.

I focused here mostly on picking colours and having a better understanding on how I can select specific areas on the grid to associate with a different colour. I took a bit of a different approach on how to create the grid and have a bit more individualized cells. I also experimented with “random” but only managed to create the noise using my technique. I used contrast of hue and cold warm contrast mostly to visualize this shader and have explored and tried to introduce brightness but had some issues getting it to work. I will further explore that and expand on this post.

Note: I might update this post in the future with more images as I tried exploring things separately since I had some issues trying to understand how to get more of the contrasts within the same shader.

This homework proved to be quite hard for me. At first I started off by feeling like I understood most things but while trying to persevere I found myself struggling. I mostly wanted to try and play around with the absence of shapes for both of these experiments. I learned a lot regarding how to combine colours, identifying the “canvas” and creating independent variables in GL_SL. I would say I feel I have learnt more from working on the first shader as I was able to focus on specific elements and how they interact, particularly when color was defined by color.r (or color[0]). I would like to play around more with that method of drawing shapes in the canvas as the overlay result was very interesting. I also found it interesting how smoothstep() is affected by the background or elements around it based on layer.

From this shader I learned mostly how to do basic tasks and better understand what exactly I am working with and what my tools are. I would like to experiment further with the potential of changing things based on my keyboard or other inputs beyond my mouse.

This shader was a lot more complicated. I wanted to have animation as well as mouse input to play around with whilst time being involved. In order to create the effect I mostly just played around with graphtoy and learned a lot about how shapes, colour mixing and overlap will alter based on the equation. I found the results of tan sin and cos, particularly together, to be very interesting. I have experimented with some that were a bit more complex than my result but I found this to be the nicest look  overall from my research.
To change the colours I altered a little the equation from class that changes rgb to the hsb work space.