Concept:
Based on our existing hardware equipment, we designed a two-way transceiver device which can be placed in the master bedroom and the baby room respectively. The idea is to help parents and infants/children communicate remotely (in separate rooms). We made use of the characteristics of XBee and our existing electronic components, simulated the interaction scenario of the parents’ bedroom and the baby’s room. To make this simple interactive device, we edited XBee commands and used Arduino as the power supply.

It is challenging for young children to turn off the light and then go to bed in the dark room by themselves, also, if they wake up at night needing their parents, they have no choice but crying to make their parents awake. Keeping this scenario in mind, we were aiming to create a two-way transceiver system which is 1) easy for the baby/child to use, 2) has the function of comforting the baby/child and 3) not too disturbing for the grown-ups.  During the design process, we tried out different buttons/switches, buzzer/speakers and lights, and finally decided that for the baby/child’s room, the input in is a simple button, all the baby/child has to do is to push it to buzz the buzzer in the parents’ room, the output is a light which can be adjusted to different brightnesses, with the control of the input in the parents room (a potentiometer), it can softly light itself from dim to bright.

The first thing to do is to make sure two XBees are connected, so we plan to start from the simplest LED and potentiometer. We hope that the light on the one side will be on when the button is pressed on the other side. It didn’t work. 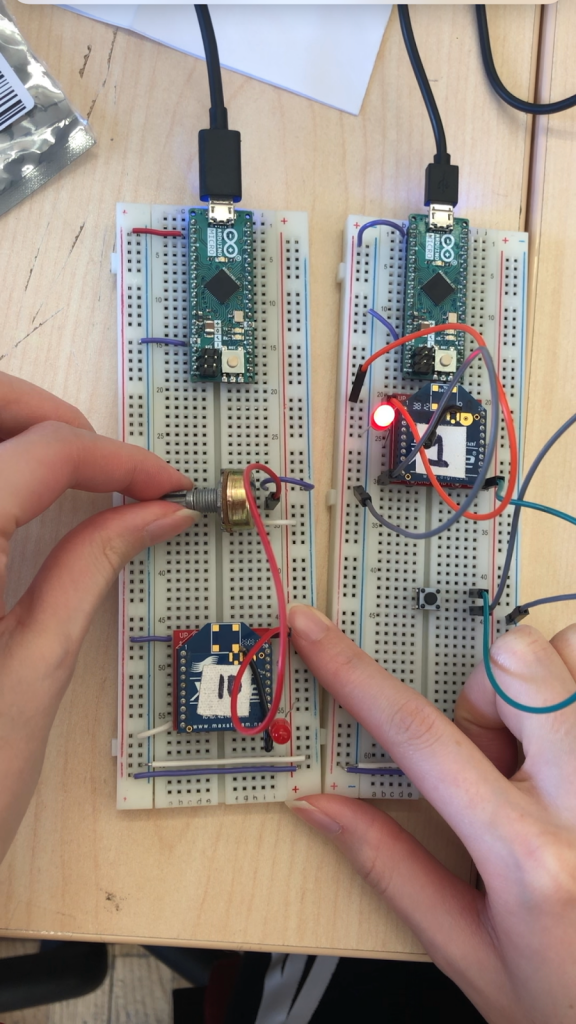 3. Test the code with one led, one button, one potentiometer and one speaker.

Since the last experiment is very successful, we exchanged LED with the speaker. It didn’t work very well. It made some slight noises. 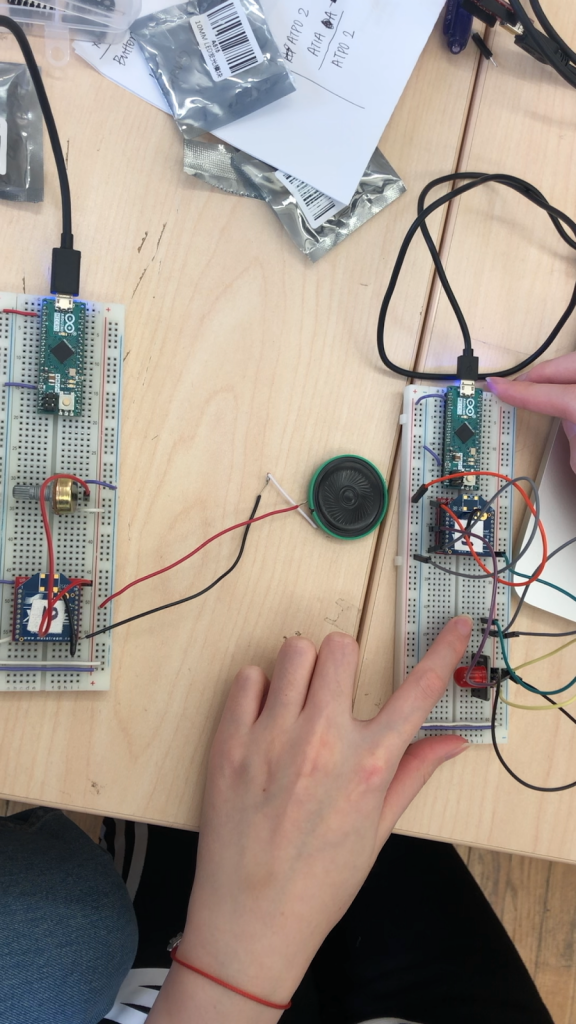 4. Instead of using the speaker, we replaced the speaker with a buzzer! We did it!!!