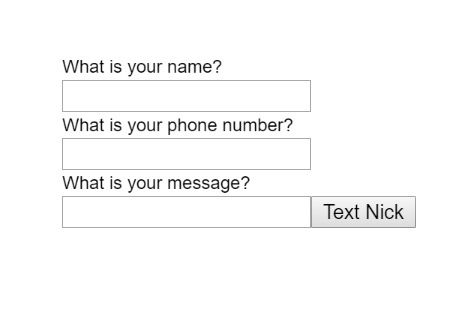 Text Me! is a simple interaction that allows web visitors to send text messages to the website’s owner without the use of the phone number.

The interaction starts on a p5-based web page. It uses three input boxes – asking for name, phone number, and message. 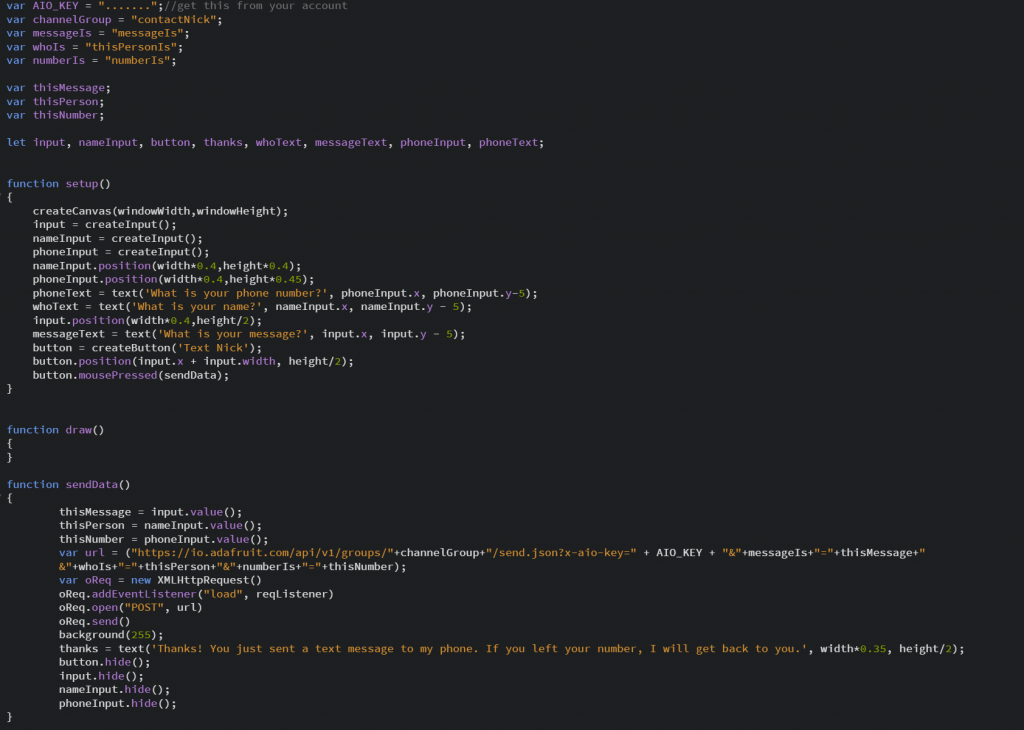 IFTTT only looks for the third input, the “messageIs” feed, in order to activate. Name and phone number are included, and captured by Adafruit IO, for purposes of follow-up.

When data is received by Adafruit IO, a custom IFTTT applet fires that sends a text message to my phone. 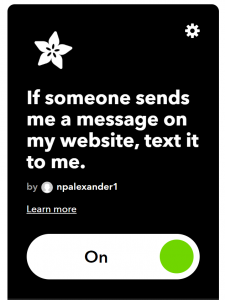 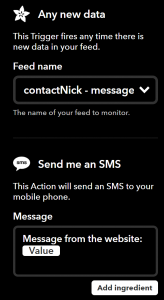 The process of arriving at this was straightforward. After reverse-engineering the demo code provided by Nick Puckett and referring to the p5 Reference I was able to put together several working inputs. It took a little trial and error to get them arranged nicely on the screen. 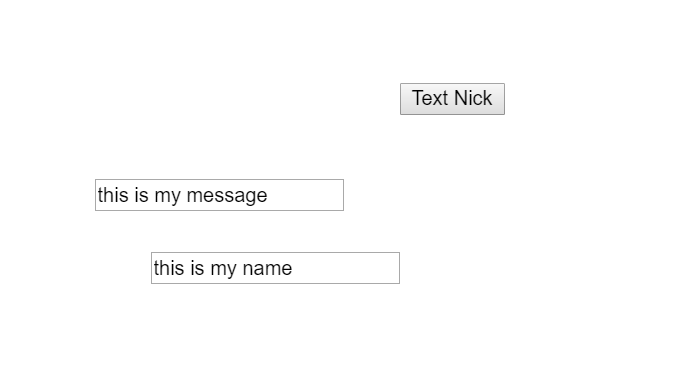 Note in the above screenshots that I had the inputs and channels backwards – the intended name channel was taking the message and vice versa. The next step was to put a label on the inputs and test to make sure there were no more mix-ups.

A bit of testing confirmed that all worked well, although there is and continues to be an unreliable delay between entering information on the website and receiving the text. 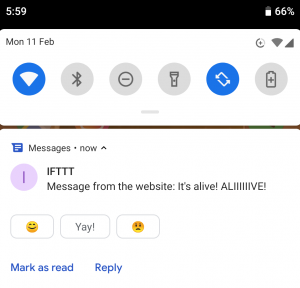 I uploaded the project to my website for ease of access. Going forward I’d like to make it look a little nicer and match the visual design of the rest of my website. It’s also limited by IFTTT’s SMS service to 100 messages per month – which I doubt would ever be a problem.

I envisioned having all the information entered by the user included in the text, but Adafruit’s applet’s don’t seem to be able to include multiple feeds in a single applet. So, for now, until I figure out how to write applets from scratch, the information from the website writers will be stored on AdafruitIO.