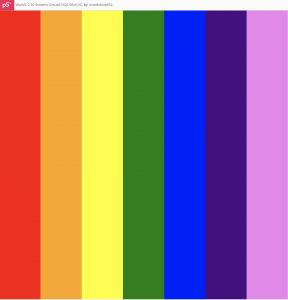 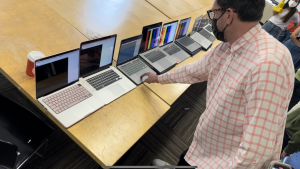 Concept Note : The idea was to play with the trackpad, scrolling horizontally to reveal colours as the first interaction. We also wanted to push the interaction by using a MousePress function to conceal the colours and then create a playful activity that would just go back and forth horizontally. This can potentially be taken forward by associating a sound with each colour / key.