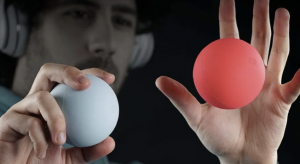 ODD ball is an interactive and playful musical instrument. The ball makes beats when users bounce it and can be used as a MIDI controller. It is made of silicone and designed to be hooked up to an app to create sounds by bouncing and catching the ball. The harder the user bounces the ball, the higher the note or the louder the sound. Users can also connect multiple balls via the app. This will take your creative potential above and beyond, introducing tricks to create original-sounding music.

This project inspired me during the thinking process of making new forms of musical instruments, which I decided to have an interactive sphere that both professional musicians and amateurish music lovers could play with. In addition, the way users interact with the ball (touching/bouncing) in this project made me want to do something different – rotating by detecting the pitch and roll values in Arduino. 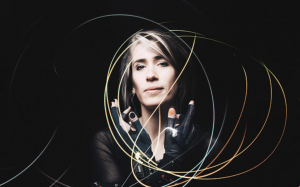 Glover is the magic glue enabling and empowering artists to gesturally interface with off‑the‑shelf interfaces. It integrates with a DAW‑based setup, adding a new dimension to the existing kit, and is also OSC (Open Sound Control) addressable, allowing it to control and manipulate other performance elements such as visuals and lighting. MiMu gloves — a wearable musical instrument providing a complex gestural interface. With the MiMu gloves and Glover software, you can use any posture, finger and hand gesture to control music wirelessly.

This cooperative design project inspired me that the music production and performance could be coordinated by more than one person. Using motion control to the instrument itself and others interact with the musical software on different devices, such as laptop and phone.

My research question is how to create a cooperative music-making experience for musicians and amateurs by designing an interactive and playful musical instrument. The problem space that I have identified is that many live performers in recent years commonly play their music on the stage and lack interaction with the audience, or people just simply listen to the music that has been made by others, even though they may desire to be involved in music production but lack adequate knowledge. The issues of traditional musical instruments are not quite playful to operate, learning is time-consuming, and normally only one or two people can perform at the same time.

To resolve these problems, especially tackling the challenge of creating a strange network for multiple users, I intended to design a novel musical instrument that one user could play with, then the others could control the different aspects (sound effects, volume, switch, etc.) of the music through a simple interface on the laptop.

According to the early research, I decided to design a spherical instrument so users can interact with it by rolling around, which is a novel and playful approach to interacting with the ball. All the technologies (Arduino, LED, breadboard) should be fixed inside the ball to make sure it would not fall apart during users’ operation. Then most of the time was spent working on the sample sound production and connection between the serial monitor, MAX, and Ableton. 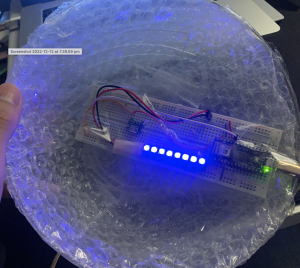 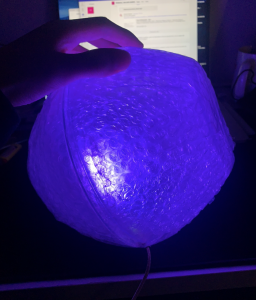 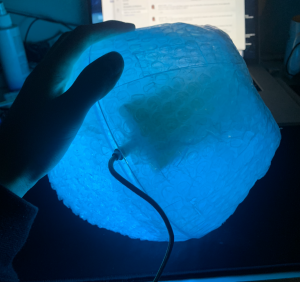 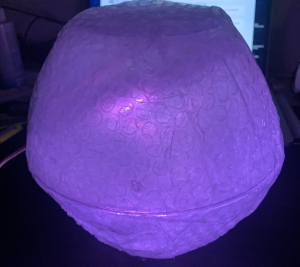 Link to the Arduino code: 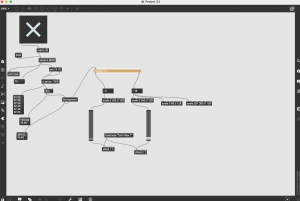 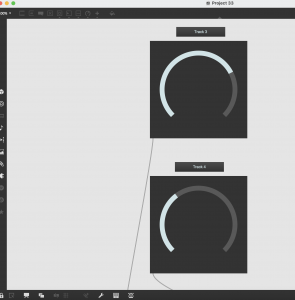 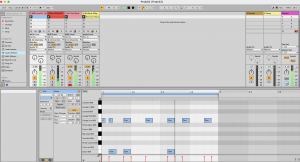