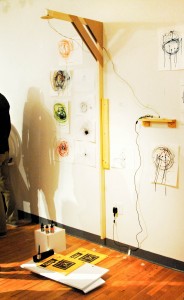 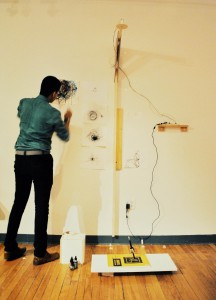 Pendulum art is an analog robot entitling people to simply have some fun. With 2 main components, a potentiometer and a DC motor, people are able to make abstract art on a page, or any surface they desire, to create lines. Sometimes circles and sometimes straight. The potentiometer only allows for speed control, and allows users to have a feel for what they produce. I noticed distinct facial responses and transitions of engagement. In general, I didn’t want them to feel intimidated or make them feel that the structure was fragile in any way.

I kept it simple, along with very little design elements to present its rawness and to show others it is what is is. I left all the circuitry out in the open so that people can see its simplicity.

I originally had thought of creating a hand with some servos and flex sensors, but soon came to figuring out that it would just be to expensive. From there I jumped to building some kind of wind cyclone with approximately 5 fans all on their own axis along with individual speed control. The idea was to allow users to create their own paper airplanes and sit it within the box, fiddle with the controls and test out their achievements. However, in the end coding became my biggest enemy.

Towards the end I wanted to do something with painting, or drawing; some kind of output someone could take home with them. I originally had thought of creating a spinning wheel supported by 1 360˚ servo and 1 180˚servo. Of which the coding was simple and the design somewhat too. The only major issue I had was any kind of wobbling, considering the structure would be standing up. Luckily however, with experimentation I figured lying it on the ground had better stability, but with a few minor drawbacks. Eventually this ended up becoming a pendulum, with no drawbacks what so ever. 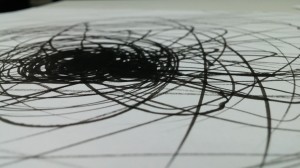 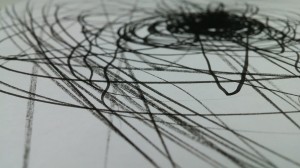 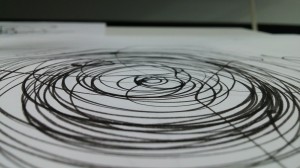 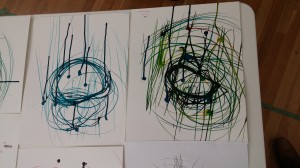 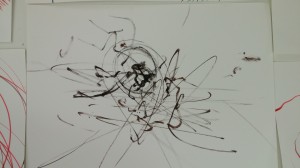 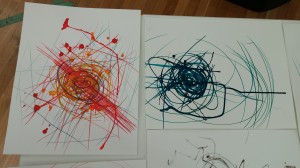 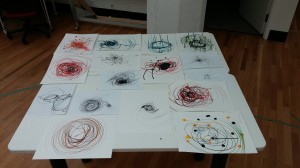 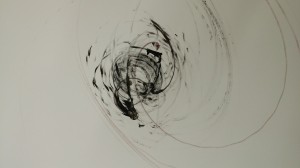 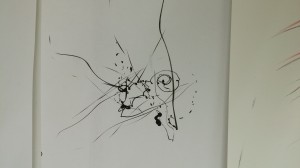 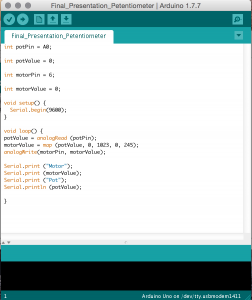