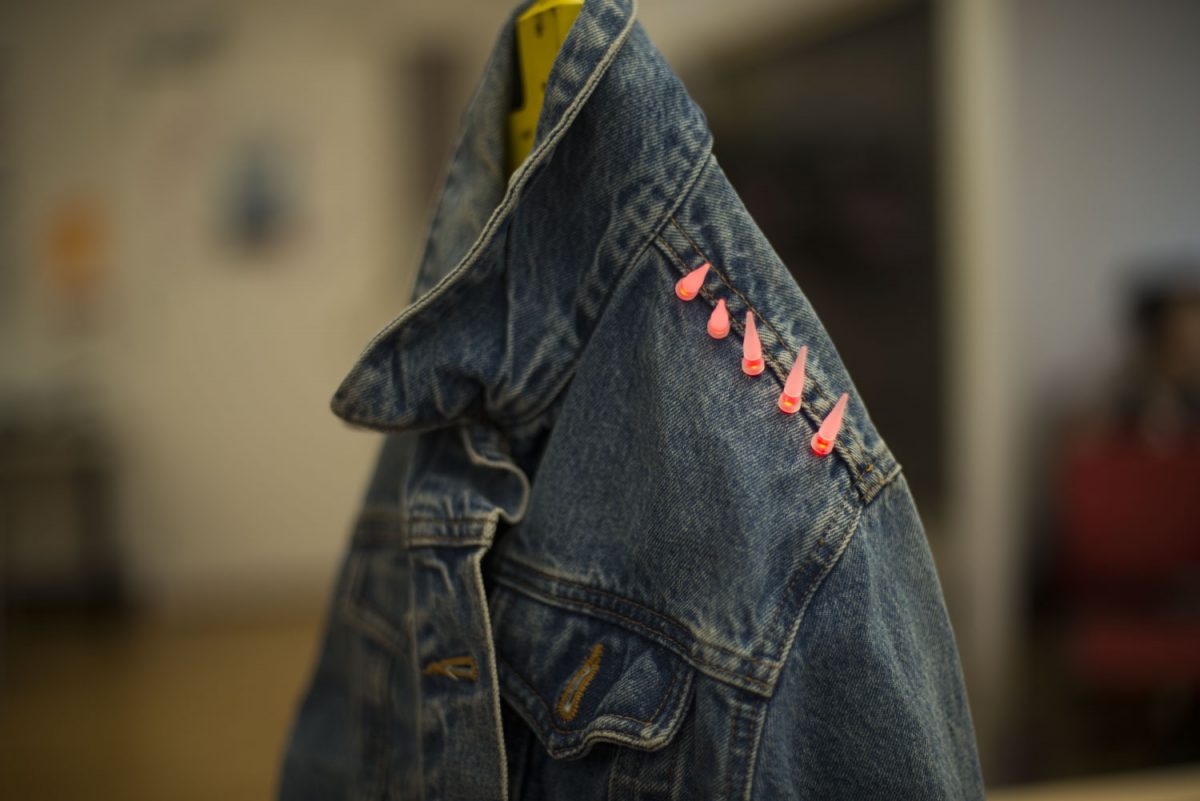 Rude was intended to be a jacket that signals when the wearer exhibits anti-social behaviors. Thanks to a tilt-sensor in the sleeve whenever the wearer fidgets, checks their watch, crosses their arms, or looks at their phone, the red LED spikes on the shoulder light up. These are all connected thanks to conductive thread. The red spikes are intended to look aggressive and discourage the conversation partner from continuing. Alternatively, it also signals for a third party to come and interrupt the interaction or for the wearer to become aware of their poor social habits. 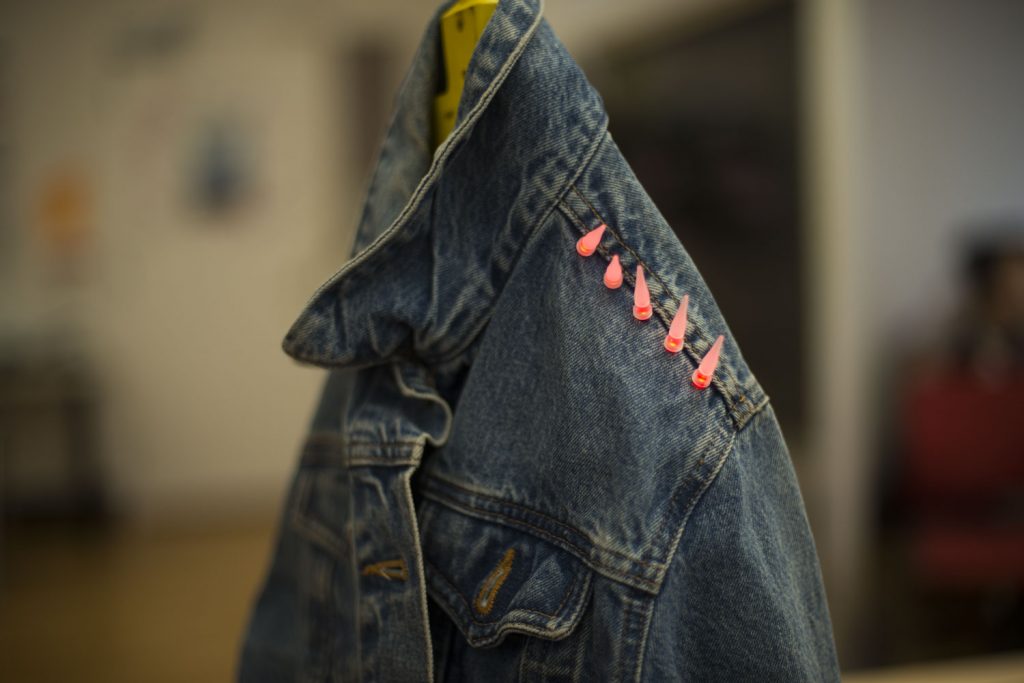 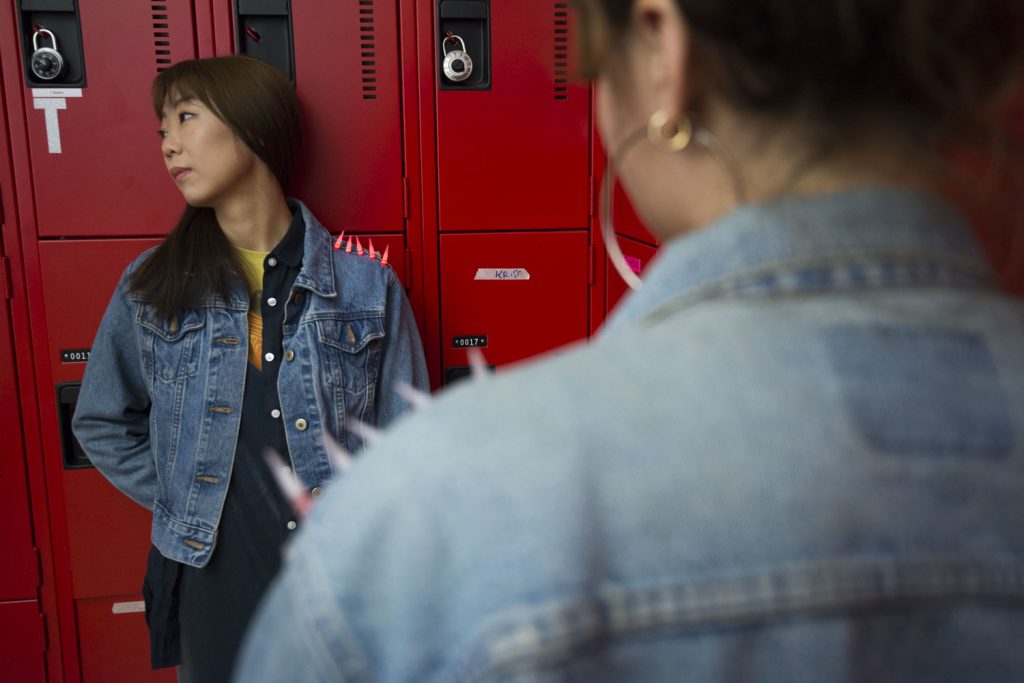 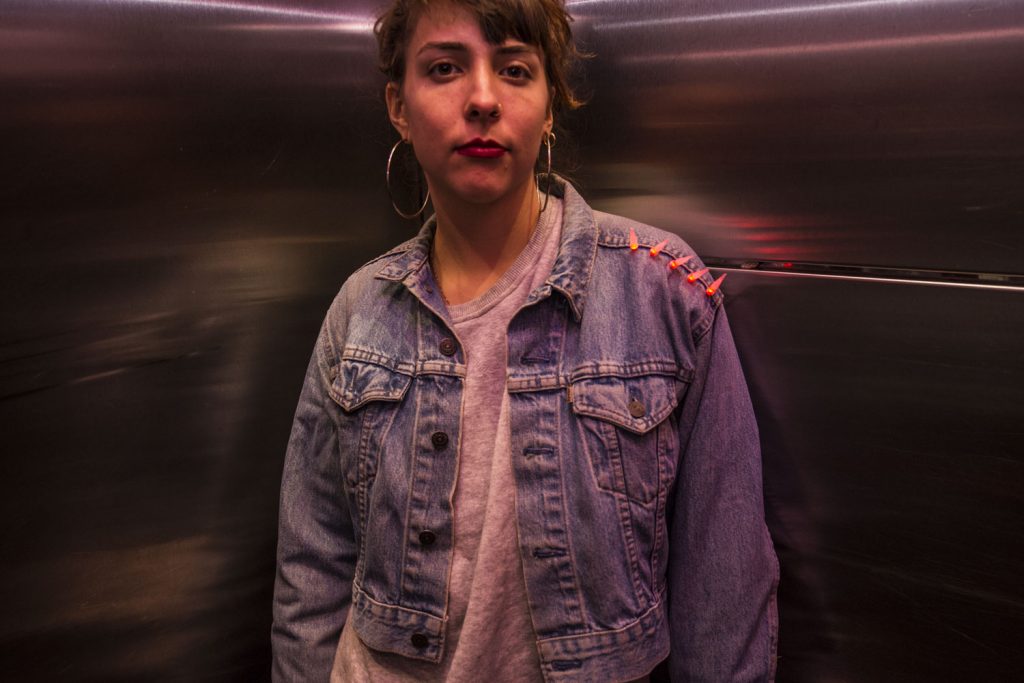 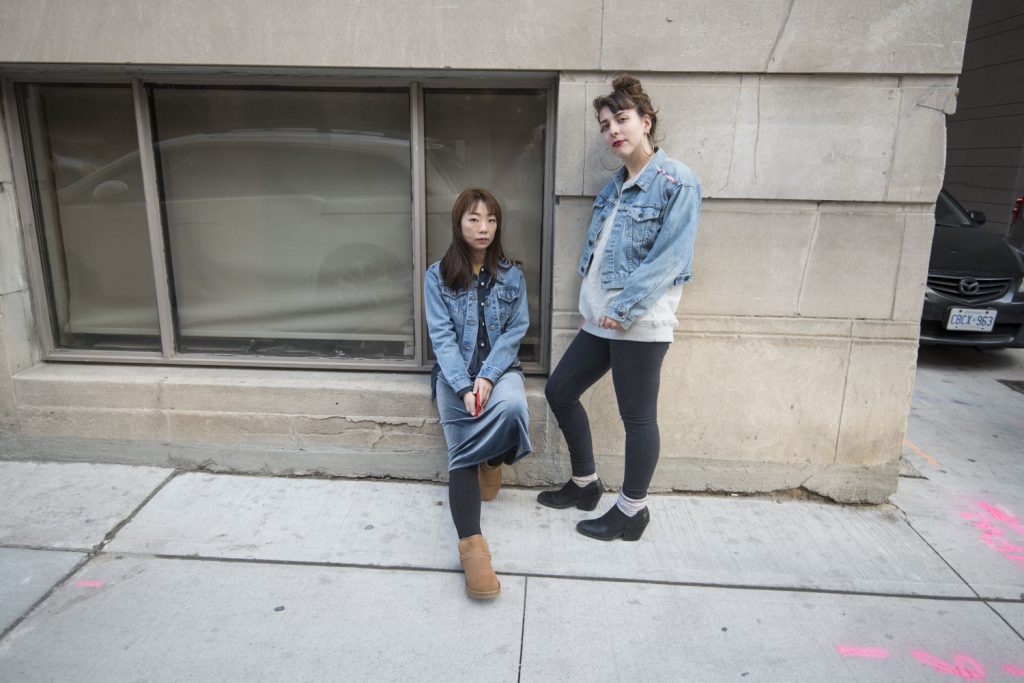 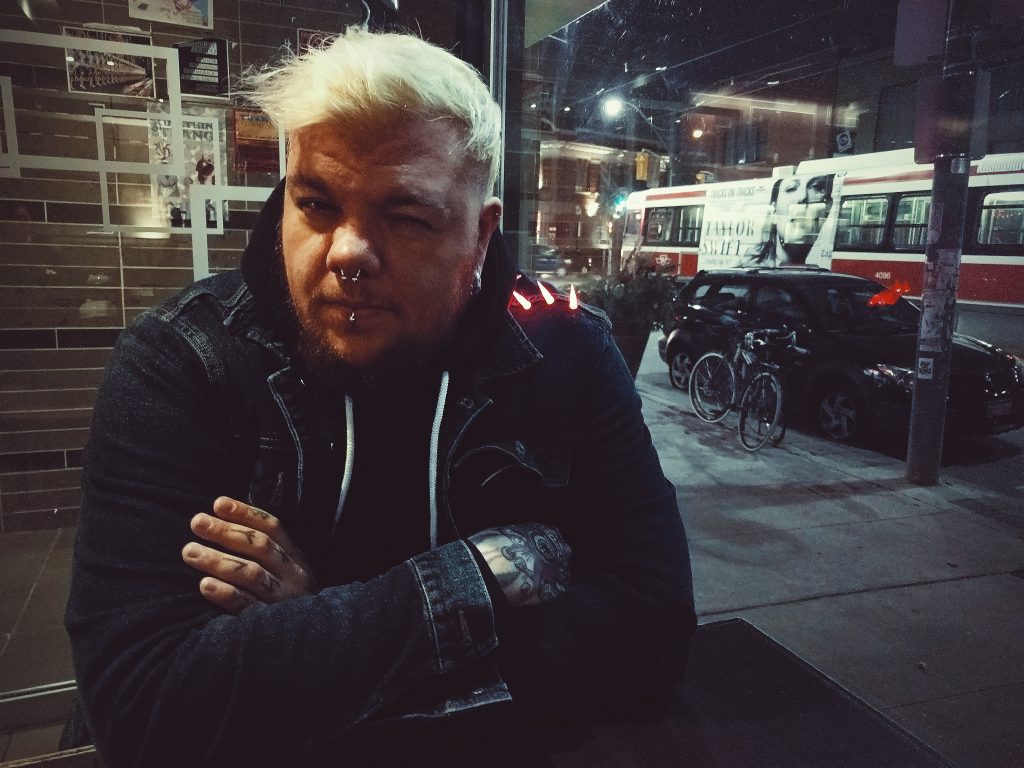 We made the decision to build these devices into a pre-made article because they would be better built for our bodies than anything we could make ourselves. We chose denim jackets because the material offered more protection as a strong material. 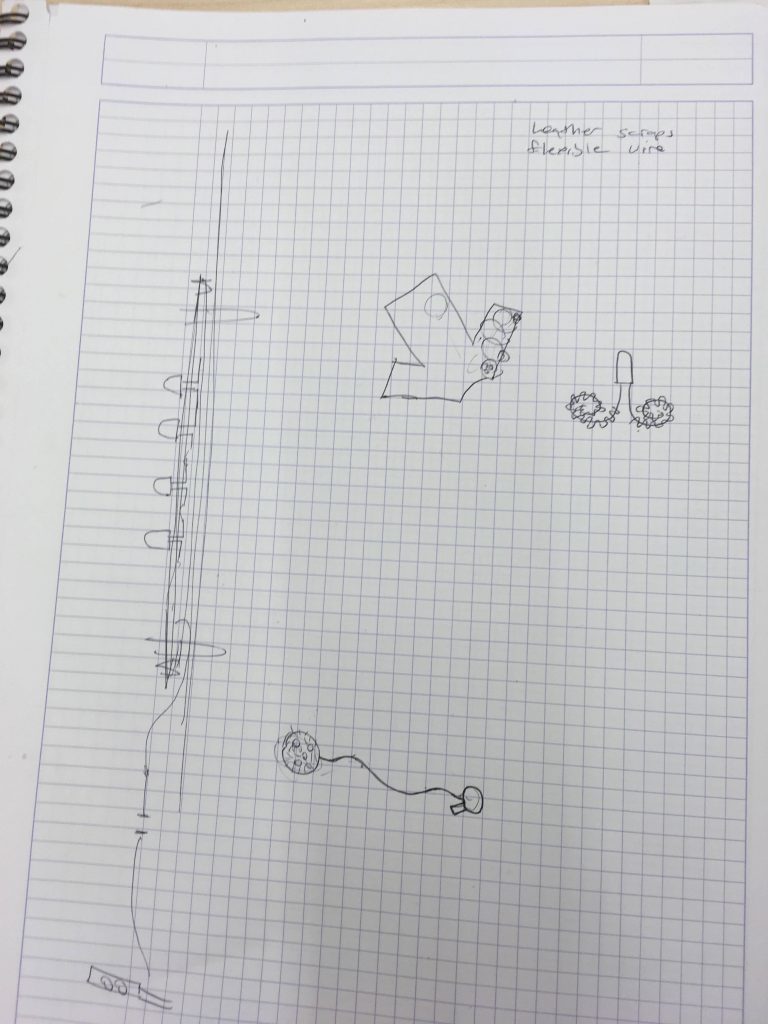 These were our initial design sketches of how to embed the LEDs and sensors into the article. 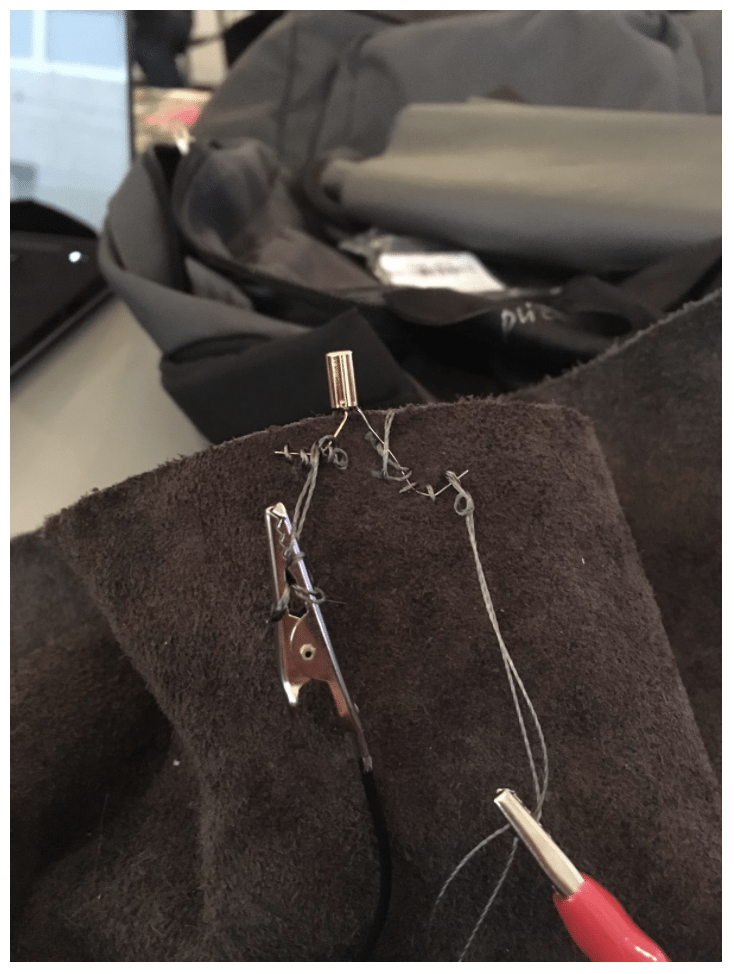 We initially tested with leather because of the strength it offers. We decided against leather though because of how difficult it was to sew the conductive thread through. Since leather was too tough we switched to denim 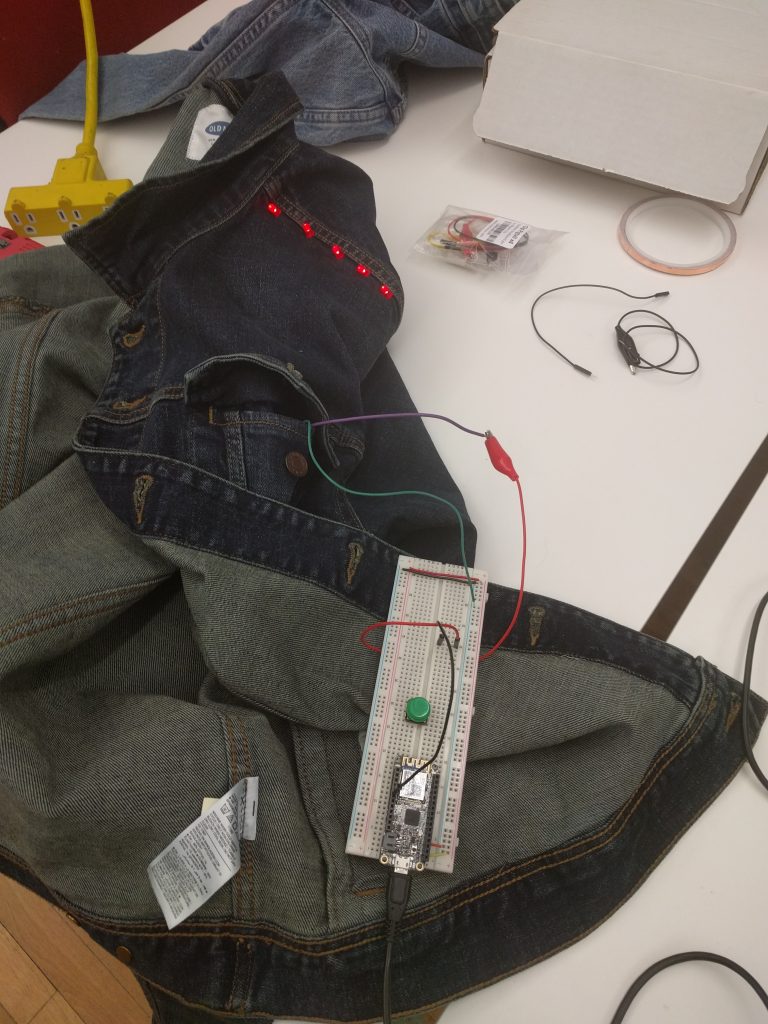 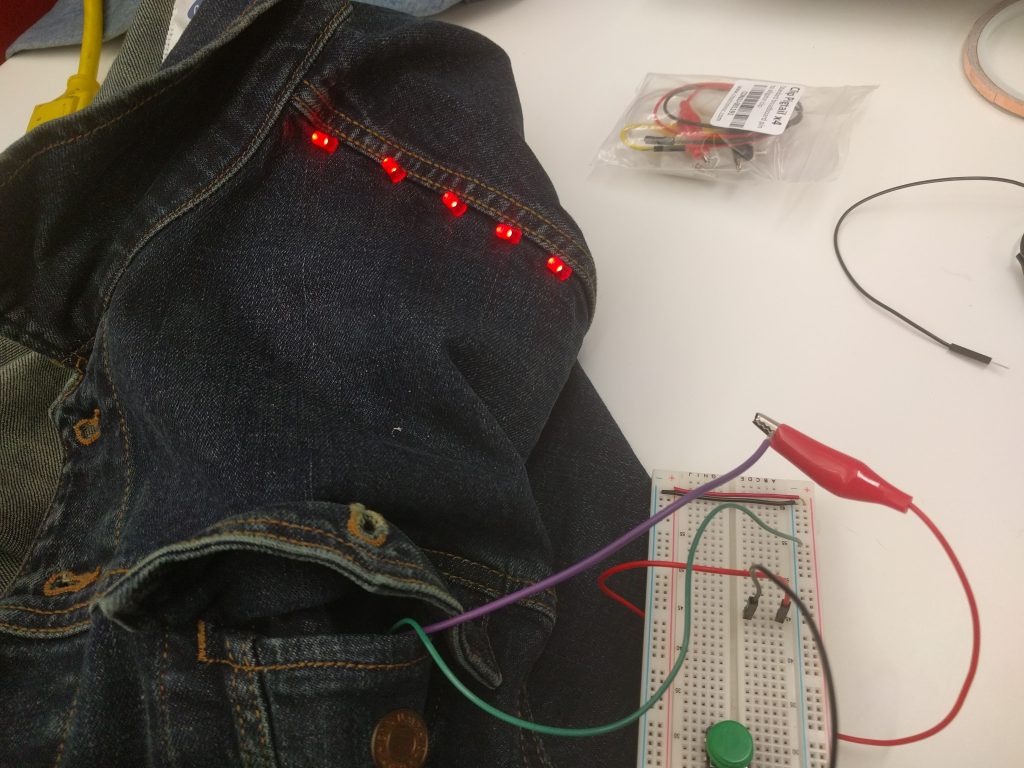 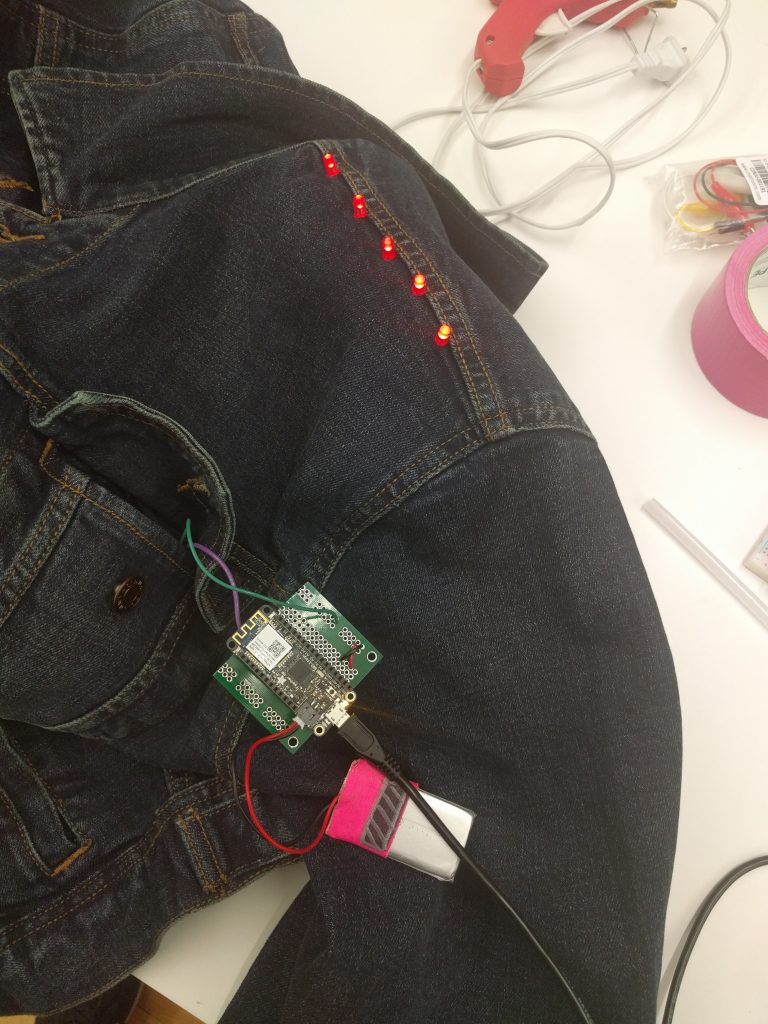 8. We then added the glue tips to the LEDs to emphasize their appearance. We used hot glue to ensure they were attached. 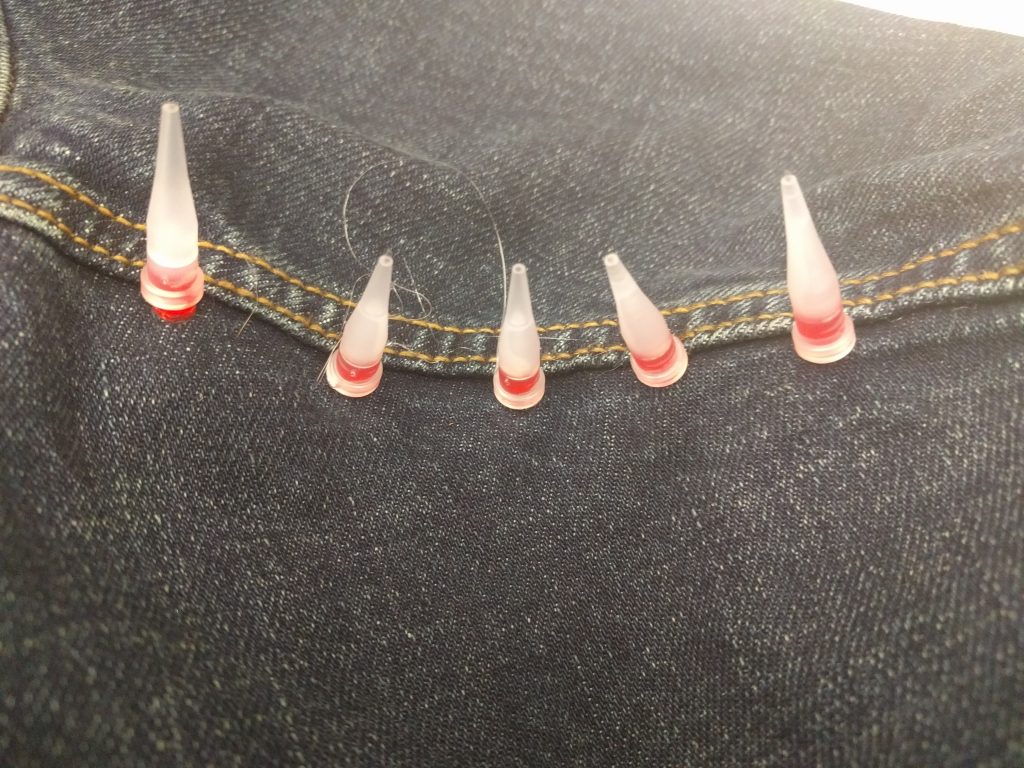 9. All of the connections we then secured with tape and hot glue because we were concerned with how wear might disrupt their placement. 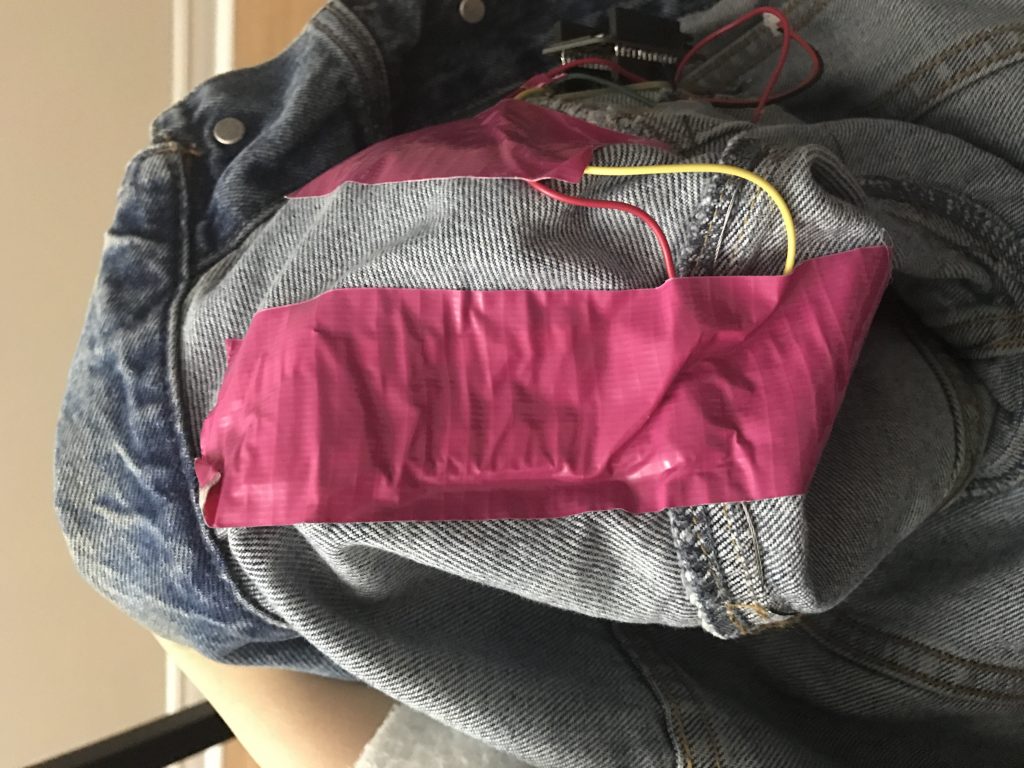 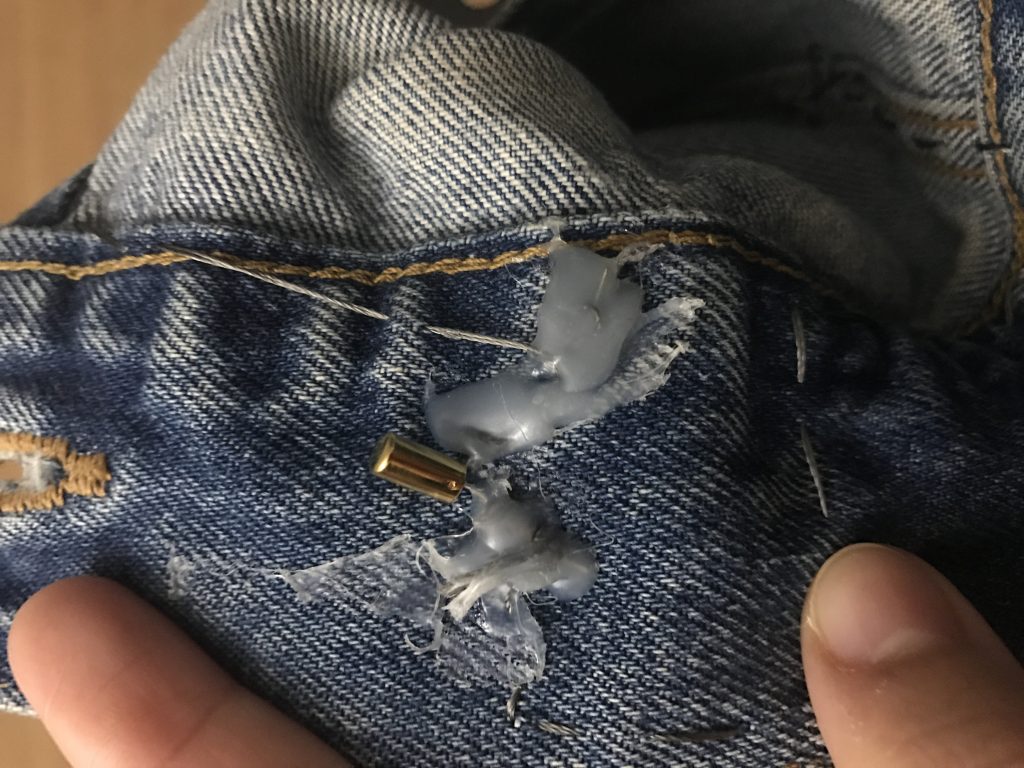 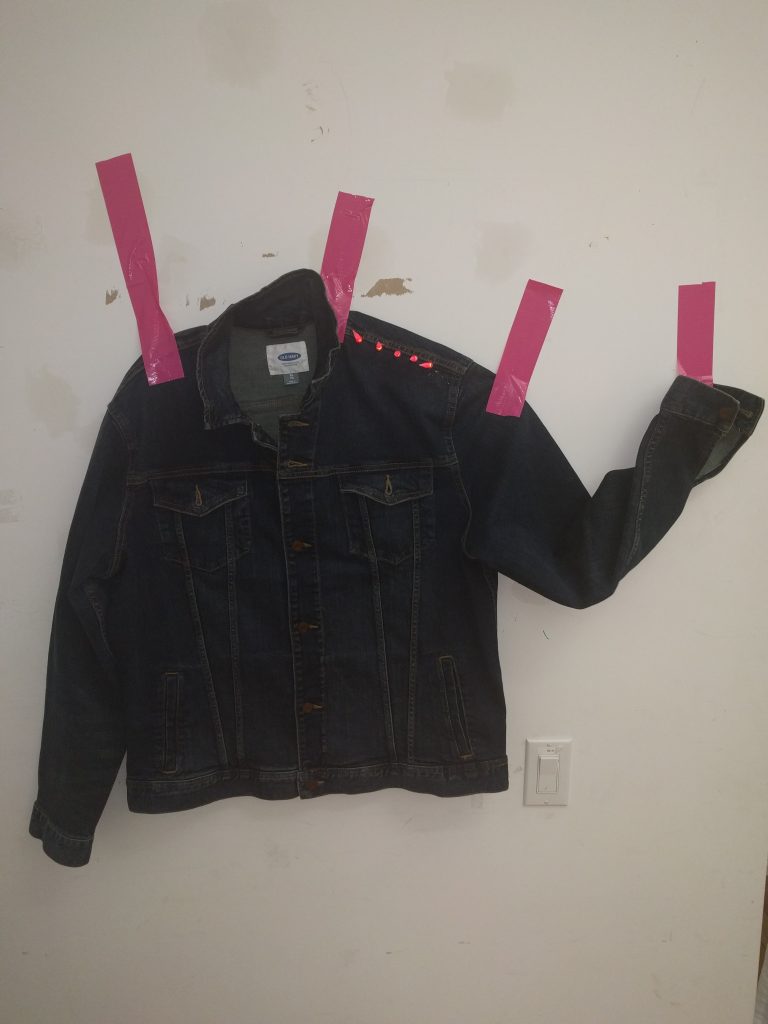 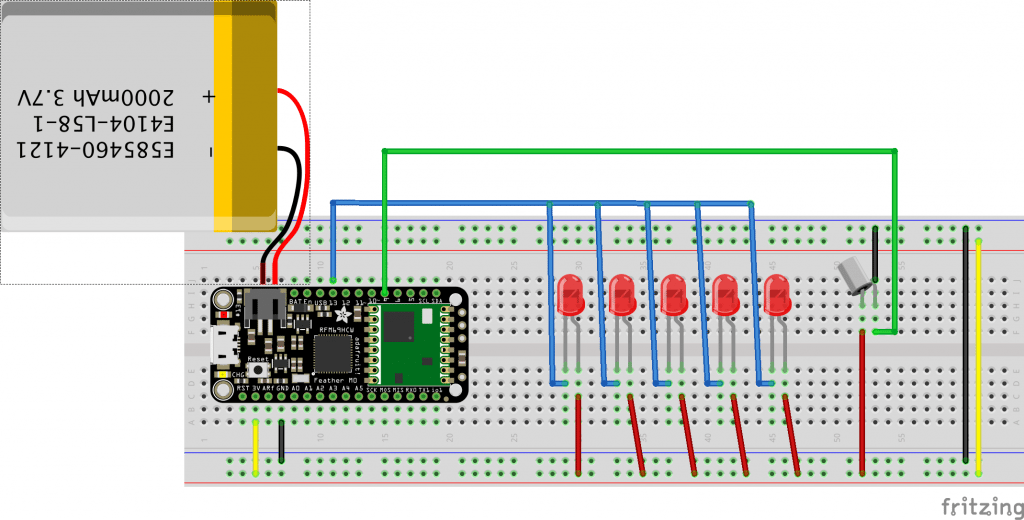 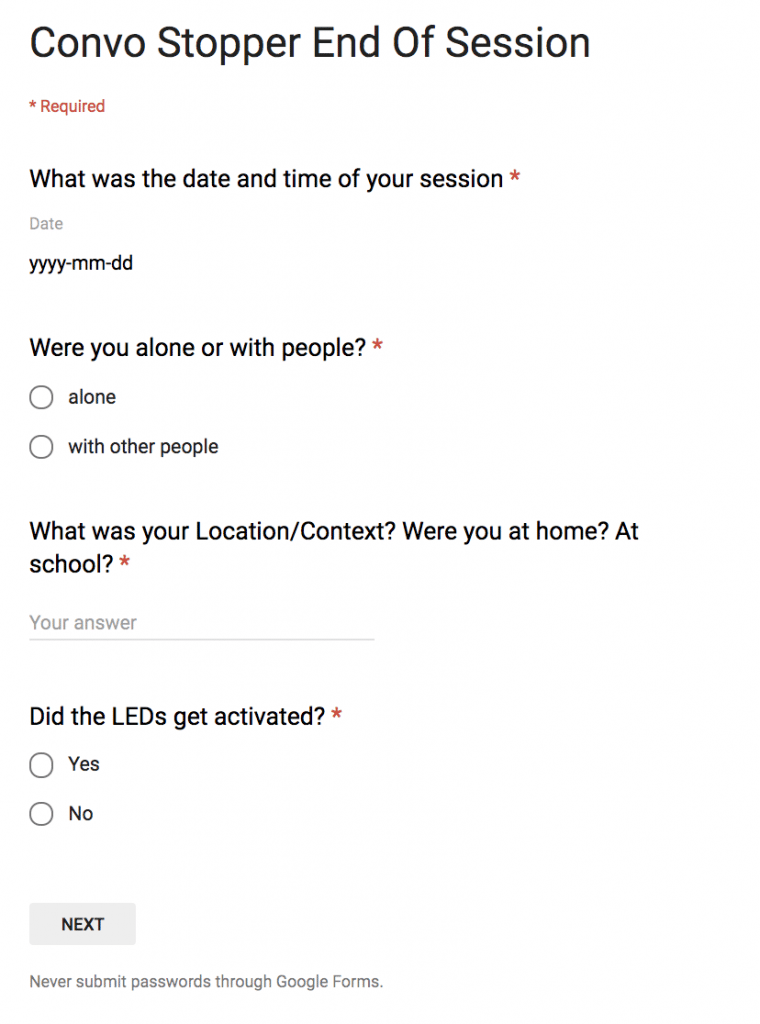 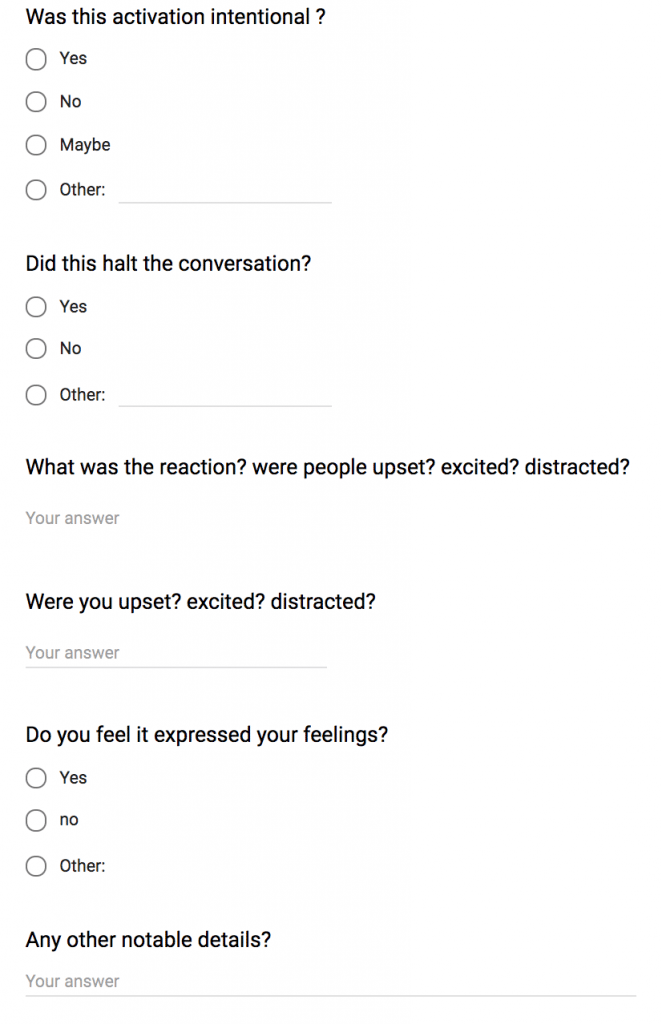 We focused less on how the mechanical success of the jacket and more on the intended social and emotional reactions.

Ultimately through our testing we found that RUDE had the opposite of the intended effect. Rather than discouraging conversation it seemed to spark it because people were interested in the wearable. There were times that we were approached by strangers who were curious with the jacket.

While these were not the outcomes and reactions that we were looking for, we were still pleased with our results. The jackets operated the way that they were supposed to on a mechanical level, and gave us ideas on how to move forward in potential future iterations. For instance, sound or a more aggressive output would probably be more successful in discouraging contact. LEDs are not clear enough to scare people away, but are interesting and different enough to arouse curiosity. These jackets would be better suited for a different purpose in their current iteration.

We would also be curious to pinpoint the best point to place the sensor so that it is not as easily triggered. We realized that the exact location affects the sensitivity of the sensor due to differences in our testing. Finally, we would also like to play around with different light patterns with the LEDs. Blinking and gradual lighting were some ideas. We would have to connect them to different pins if we were to pursue this.