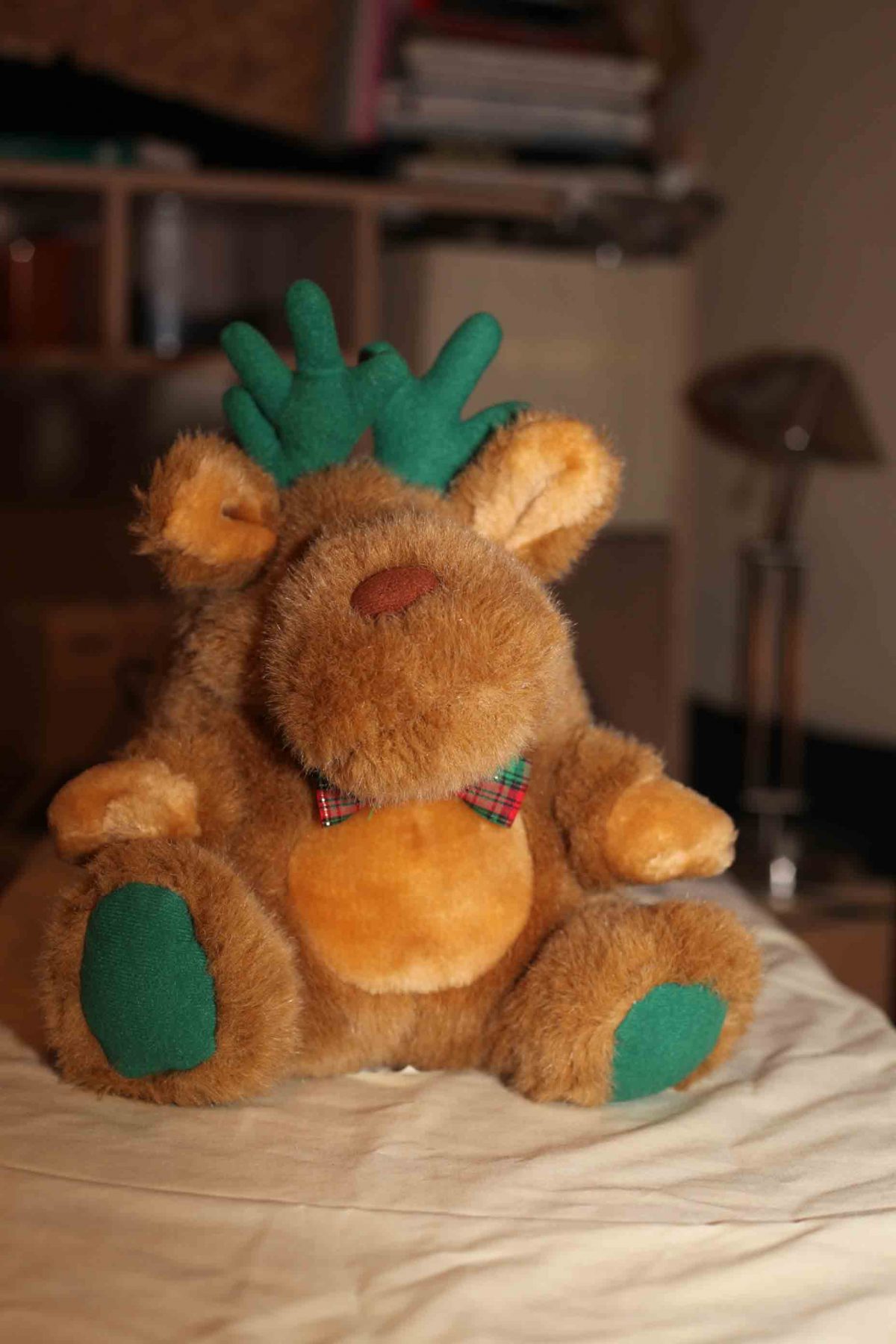 A “secret keeper” for kids age 5 and up

A “simpler” interactive  talking toy that doesn’t just spit back whatever it hears, tries to teach a 5 year old how to count, strongly hints at “robots are always war machines” or records whatever it hears for storage at some corporation’s head office.  The stuffed toy will be a friend and confidant to his companion child (of whatever age).  It will listen to and “understand” human speech but is incapable of making enough of the same noises human speech consists of and has developed its own “language” called “Zap”.  The child (or older person) will have to put the effort into learning to understand “Zap”.  What this gives a child is a toy/companion/friend he or she can tell anything that will “keep his or her secrets” because nobody else in the house understands what the toy is “saying”.

This is intended to be a child’s “best friend” who listens to what he’s told and doesn’t tell “Mom and Dad” about everything.  I believe this will stimulate “true” imagination (that which is triggered by nothing but itself) in the user by requiring the willing effort to imagine that “Zap” is actually speech and that there is an actual response from the toy.  Preliminary sketch of the concept is below.  The sketch is of a teddy-bear but the toy could be any stuffed animal of the necessary size. 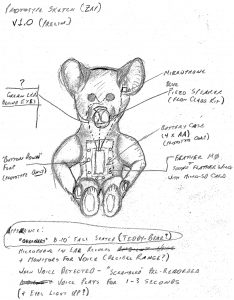 General contemplation of what I want the project to do and what the difference is between this and other interactive toys.

Most of the “interactive” toys  I’ve seen on the market have several drawbacks in my opinion:

Online research for the parts that may be required outside of the class kit (preliminary list below): 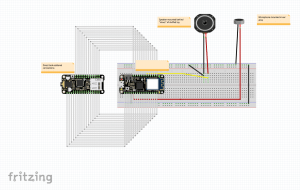 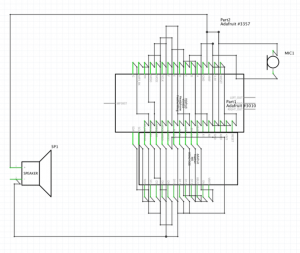 Found a toy at Value Village (see photo below). 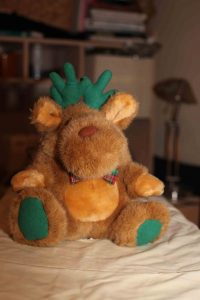 This will become “Murgatroyd the Talking Moose”.  It’s suitable due to the zippered opening in the back (making parts insertion/repair simpler for the prototype).  Created a user survey form for testing period (link below).

Parts have arrived (yay).  Unfortunately, I can’t get downtown to solder them today … will go tomorrow.  Spent over an hour making and recording silly noises in separate tracks to load onto the SD card.  This was simply taking a consonant and adding a vowel (Ba pronounced as “Bah” for example) or just a vowel alone.  I intend to simply use the “shuffle” feature to make Murgatroyd “speak” in “Zap”.

All soldered up and ready to go (hopefully).  Note from photo of the circuit assembly below that I’ve deliberately installed the header pins such that the “working surfaces” of the Feather and Feather Wing are facing rather than exposed.  This will help prevent (hopefully) any jerked or pulled contacts and impact injuries inside the toy.  Music Maker library downloaded and installed in Arduino.   Files transferred to SD card as TRACK001 – TRACK037. 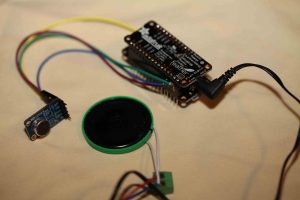 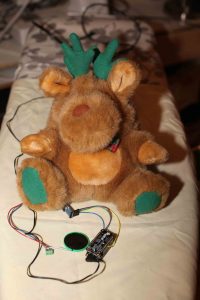 Adafruit’s basic test sketches for the Music Maker and microphone check (link below):

The code for the Music Maker verifies and uploads but I’m getting message “SD failed, or not present”.  Tried re-seating the SD card with same result.  I hope I don’t have what the Adafruit site defines as a “non brand knock-off”.  Visually checked all solder points and connection points on the SD card … everything seems OK but will not recognize the card.  Have tried two brands (Kingston and Nextech) 32 GB micro-SD cards.  Adafruit’s test sketch for the microphone seems to recognize the input (getting a result in the serial monitor anyway).

I hate this …  I absolutely hate it.  Arduino’s test code for the microphone gives me a result I can use as input for the trigger and the Music Maker feather wing test code verifies and uploads but will not find the SD card (error copied below from serial monitor output):

SD failed, or not present

I’ve tried everything I can think of.  Without access to the sound files I can’t code to test for the full project.  Failure in coding, SD card, wiring or other.  I’ve simulated the final assembly (all the pieces fit in the toy) but it doesn’t work (photo below) 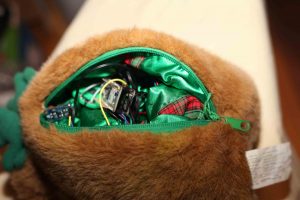 Ran the user survey as best I could.

Eight survey responses (neighbours and relatives) about the toy (solely as concept since I can’t make the thing work). 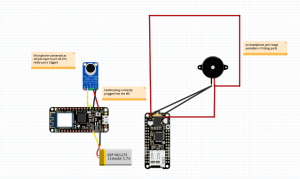 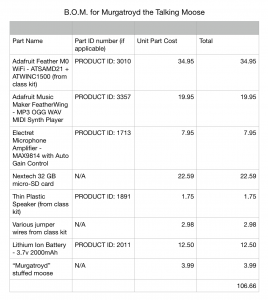