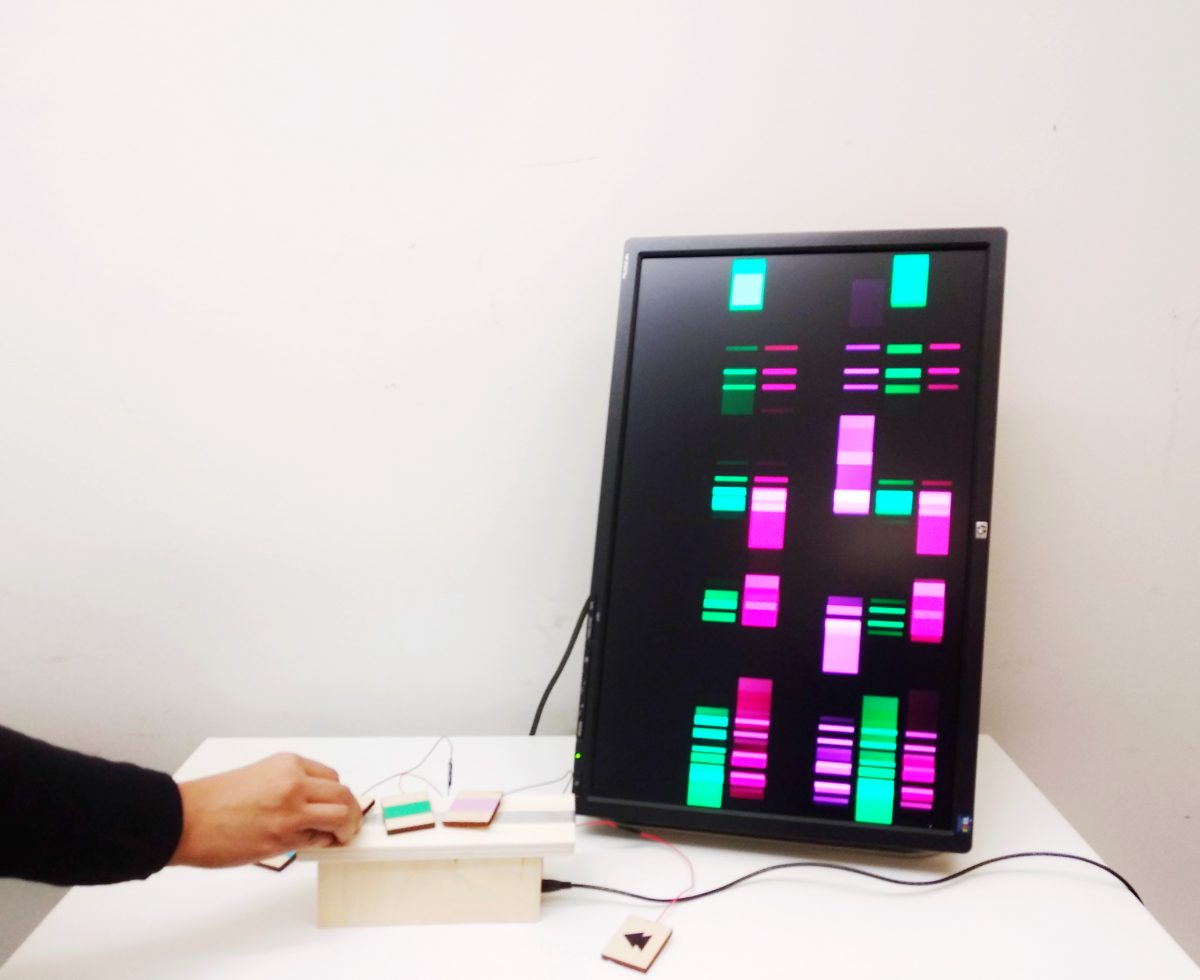 Block[code] is an interactive experience that engages the user in altering/modifying on screen visuals using tangible physical blocks. The visuals were created using processing with an attempt to explore The Nature of Code methodology of particle motion for creative coding.

Description
The experiment was designed to create a tangible interaction i.e. the play with the rectangular blocks their selection and their arrangement, that would in-turn generate alter the visual output i.e. the organisation and the motion of the rectangles on the screen. I conceptualisation the project taking inspiration from physical coding, Google’s Project Bloks, that use the connection and the order of joining of physical blocks to generate a code output. The idea was to use physical blocks i.e. the rectangular tangible shapes to influence the motion and appearance of the rectangles on the screen, from random rectangles to coloured strips of rectangles travelling at a fixed velocity to all the elements on the screen accelerating, giving users the experiences of creating visual patterns. 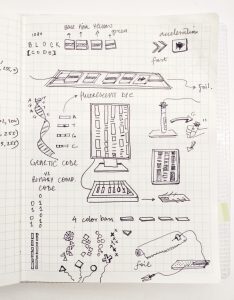 Inspiration
Project Bloks is a research collaboration between Google, Paulo Blikstein (Stanford University) and IDEO with the goal of creating an open hardware platform that researchers, developers and designers can use to build physical coding experiences. It is a system that developers can customise, reconfigure and rearrange to create all kinds of different tangible programming experiences. See the detailed project here. 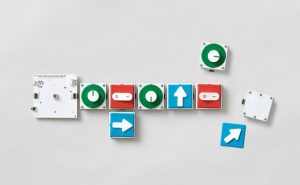 Gene Sequencing Data
The visuals were largely inspired by gene or DNA sequencing data from by brief stint in the world of biotechnology. I use to love the vertical motion and the layering effect the sequencing data would create in the visual output and wanted to generate that using particle motion and code. I was also inspired to tie the commonality between genetic code and computer code, and bring it out in the visual experience.

Mosaic Brush sketch on openprocessing.org by inseeing generates random pixels on the screen and uses mouseDragged and keyPressed functions for pixel fill and visual reset. The project can be viewed here.

The Process
I started the project by first making class objects and writing coding for simpler visuals like fractal trees and single particle motion. Taking reference from single particle motion I experimented with location, velocity and acceleration to create a running stream of rectangle particles. I wanted the rectangles to leave a tail or a trace as they moved vertically down the screen for which I played with changing opacity with distance and also having the background called in the setup function so as to get a stream or trace of the moving rectangle particle [1].

With next iterations I created a class of these rectangle particles and subjected it to move function, update function and to system velocity functions based on their location on the screen. Once I was able to create the desired effect in a single particle stream, I created multiple streams of particles with different colours and different parameters for the multiple stream effect. 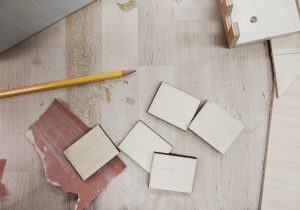 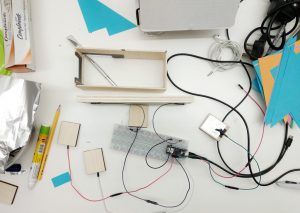 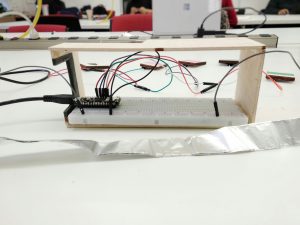 The basic model of a Tangible User Interface is the interface between people and digital information requires two key components: input and output, or control and representation. Controls enable users to manipulate the information, while representations are perceived with the human senses [2]. Coding is an onscreen experience and I wanted to use the visual output as a way to allow the participant to be able to use the physical tangible blocks as an interface to influence the visuals on the screen and to build it. The tangible blocks served as the controls to manipulate the information and its representation was displayed in terms of changing visuals on the screen. 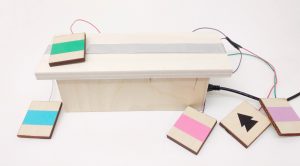 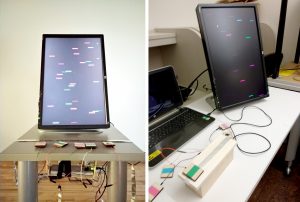 Choice of Aesthetics
The narrative tying physical code to biological code was the early inspiration I wanted to build the experiment around. The visuals were in particular inspired from gene sequencing visuals, of rectangular pixels running vertically in a stream. The tangible blocks were chosen to be rectangular too, with coloured stripes marked on them to relate each one to a coloured stream on the screen. The vertical screen in the setup was used to amplify the effect of the visuals moving vertically. The colors for the bands was selected based on fluorescent colors commonly seen in the gene sequencing inspiration images due to the use of fluorescent dyes. 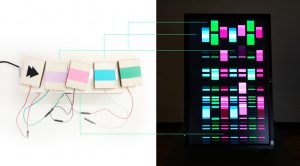 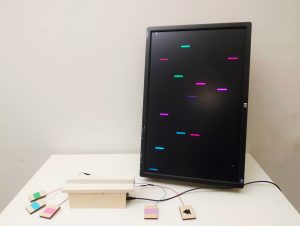 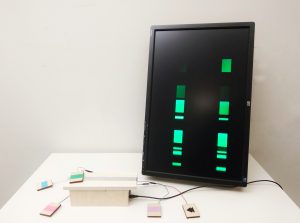 Challenges & Learnings
(i) One of the key challenges in the experiment was to make a seamless tangible interface, such that the wired setup doesn’t interfere with the user-interaction. Since it was arduino based setup, getting rid of the wires was not a possibility but could have been hidden in a more discreet physical setup.
(ii) Ensuring the visuals were created as per the desired effect was also a challenge for I was programming with particle systems for the first time. I managed this by creating a single particle with the parameters and then applying it to more elements in the visual.
(iii) Given more time I would have created more functions like the accelerate function that could alter the visuals like slowing the frame rate or reducing the width or changing the shape itself.
(iv) The experiment was more exploratory in terms of the possibility of using this technology and software and left room for discussions around what it could be rather than being conclusive. Questions that came up in the presentation was, How big do you imagine with vertical screen? OR How do you see these tangibles being more playful and seasmless? 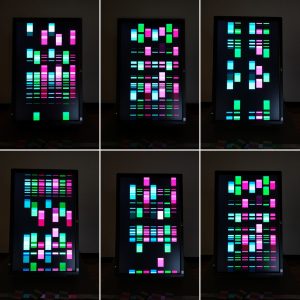 Github Link for the Project code

Arduino Circuits
The circuit for this setup was fairly simple, with a pull-up resistor circuit and DIY switches using aluminium foil. 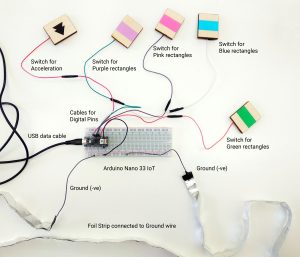 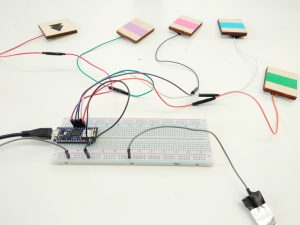