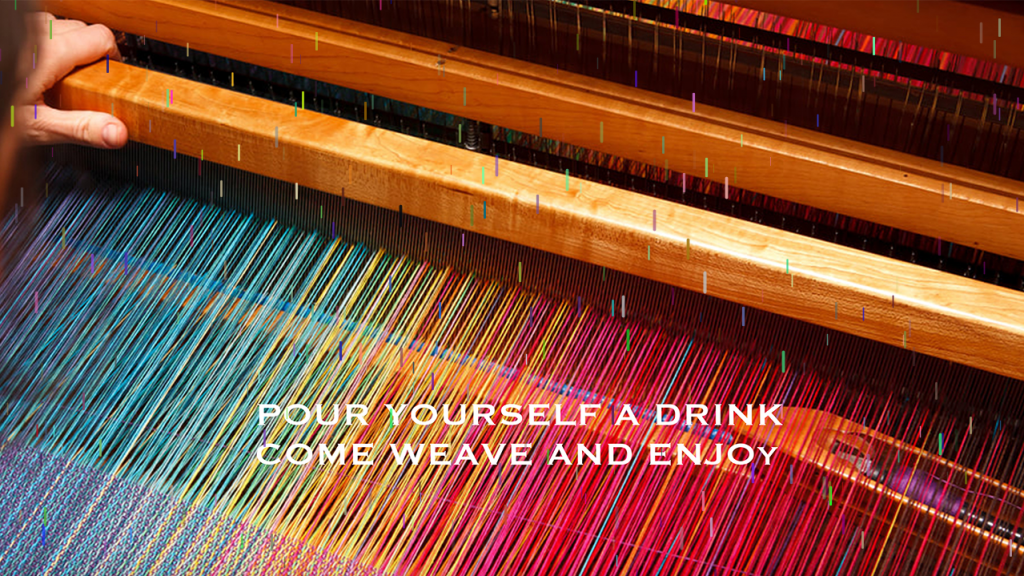 Project Description: People in this modern society are going under a lot of stress lately, they can’t focus on one task because there are so many distractions. This project is to help them to calm down and take some time to focus on one thing, and it’s something that is simple but grants major satisfaction after they finish. Based on my previous professional background, I decided that a relaxing activity would be weaving. It is an ancient technique that has been around for over xxx years. The anticipant is asked to place their cups onto the coaster that I laser cut earlier. The pressure sensor underneath the small rug that I weaved would detect the weight of the liquid, it will then trigger the reaction on the screen. What happens is the intro page would be gone and the background color would change.

Since this project was a solo project, I wanted to somehow collaborate what I’ve learned in the past with it, so I started to think of ways of interaction and the use of a loom came into my mind, the aesthetic is very old-fashion but mixing with laser-cut transparent acrylic would be interesting. Also, I wanted to wrap aluminum foil onto the loom and the head of the shuttle, so that whenever the head touches the edges of the loom(which were wrapped with aluminum foil), it would trigger something. But the more I think about it, I realized that it was not possible since the cable has to be attached along and would be weaved into the piece.

I then decided to focus on the pressure sensor first, to see what it could be used for. Because it was a pressure sensor, the reading value would alter base on how much pressure I’m putting on it, it would be interesting to somehow control the range and leads to a different reaction.

I started experimenting with the pressure sensor by using the code Kate and Nick shared with us on Github. 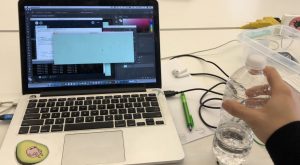 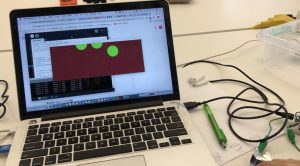 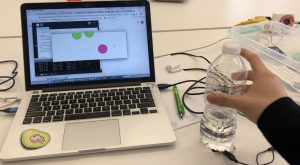 I personally really like the sound of rain, as well as the visual of it, hence the reason why I wanted to show them both on the screen. I found out that there are a lot of different effects that you can create by using processing from Daniel Schiffman’s coding challenge. And the purple rain that he made was exactly what I was looking for. So I worked with that code and changed a few parts so that I could alter the rain from only being purple to constantly change colors throughout the whole thing. 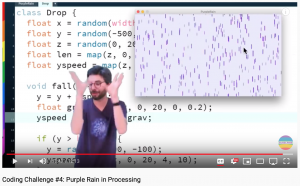 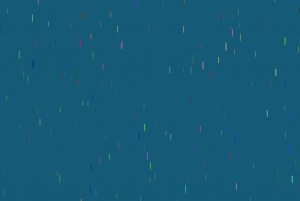 I also went to laser cut a loom with 1/4 inch wood for an early test. 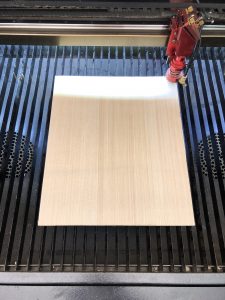 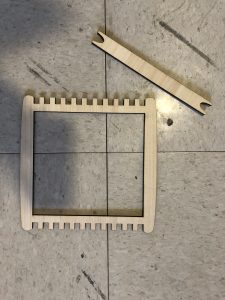 And I weaved a small sample with the loom. 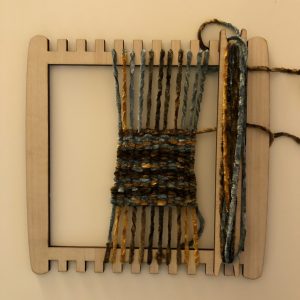 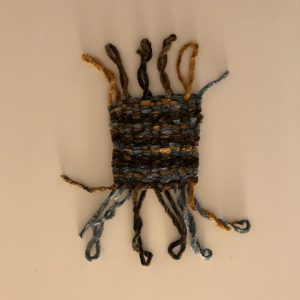 Had my pieces laser cut with transparent acrylic to create the post-modern aesthetic that I was looking for. 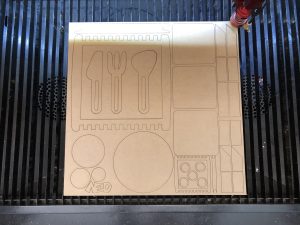 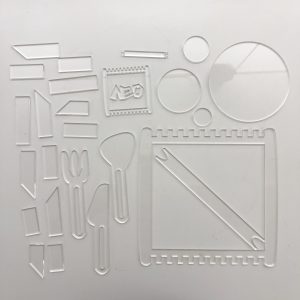 Ever since I had the idea of having people to experience my work, I got a bunch of plastic cups and ran the test to see the value. The sensor was not as stable as I imagined especially when the cup is small, it was hard to navigate the exact value for different amounts of liquids.  So I just decided to put an intro image which would be taken off once the cup is filled with any amount of liquid and when the cup goes empty the image comes back. I think that this could be a good idea to work as a reminder to tell people that their cups are empty and in need of a refill. Also works well when multiple guests are around, they can read the intro image and follow the instruction individually.

Continue working on some more weaving so that I could give my breadboard and cables a disguise:) 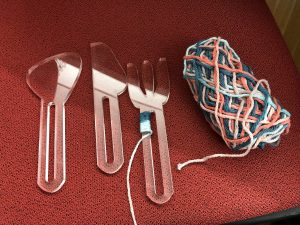 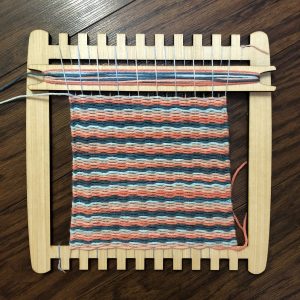 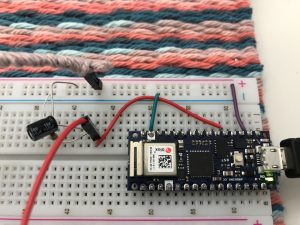 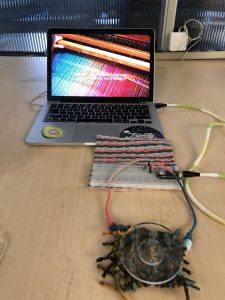 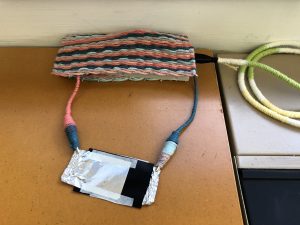 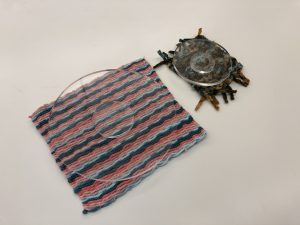 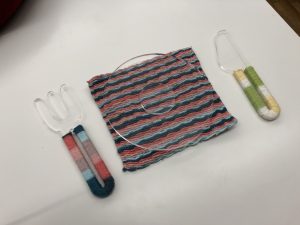 5.2: If, Else If, Else – Processing Tutorial https://www.youtube.com/watch?v=mVq7Ms01RjA

How to add background music to Processing 3.0? https://poanchen.github.io/blog/2016/11/15/how-to-add-background-music-in-processing-3.0