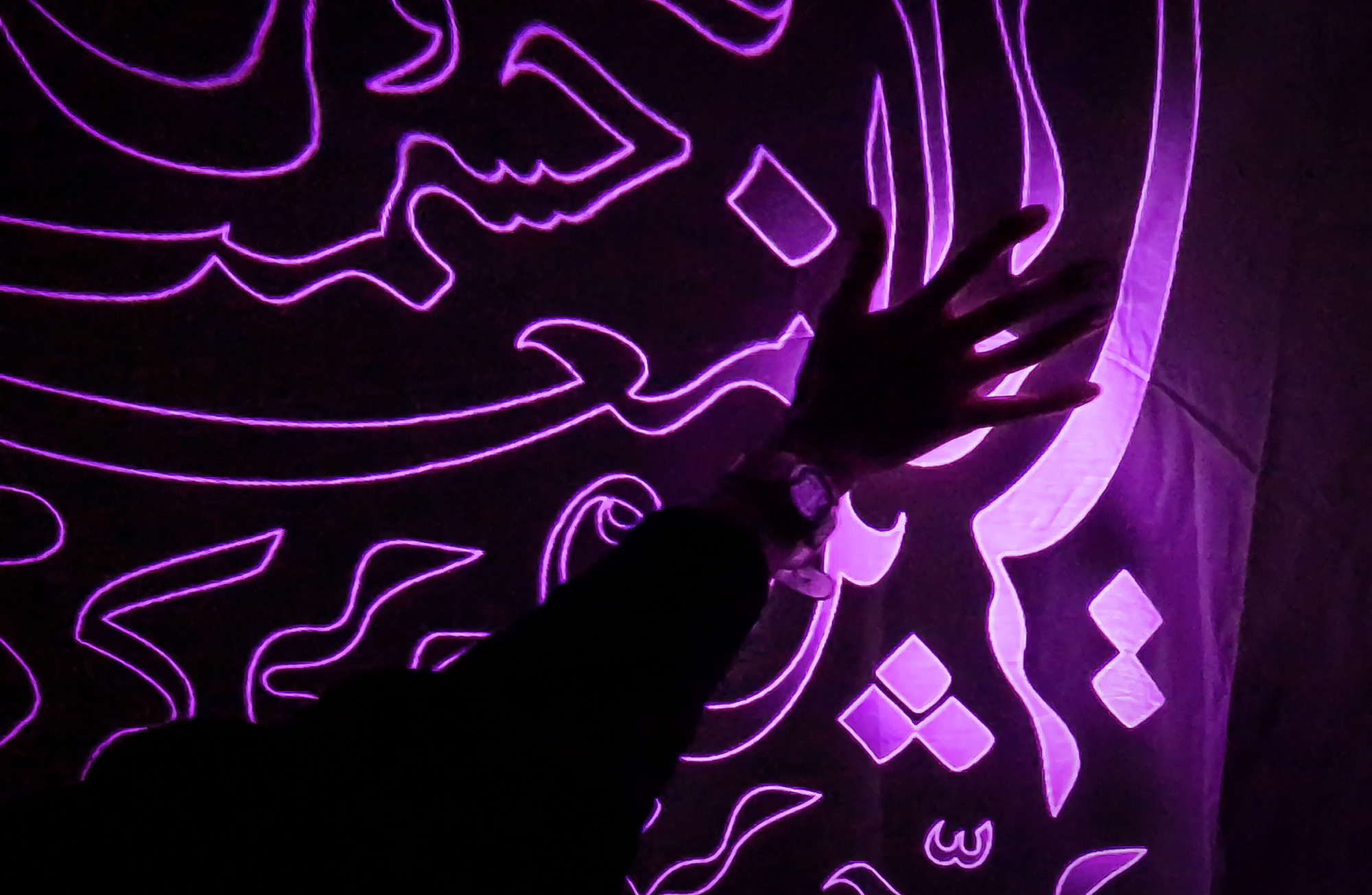 An Interface to Interact with Persian Calligraphy

This project will be an extension of what was presented in experiment three, an interface to interact with Persian calligraphy. After looking into different possibilities, I narrowed down the ideas into two different scenarios to extend the existing project. The main purpose of both scenarios is to improve the impression of the project for users.

Scenario 1:
Improving the interaction and visuals

One of the main things that I wanted to achieve in experiment 3 was to give users visual feedback on the specific point of interaction when touching the fabric. In the final result, I was only able to create one-dimensional horizontal feedback. Providing more accurate feedback is one of the ideas in this scenario. This scenario will most likely include:

I consider the use of a hanging piece of fabric a successful experiment as I had positive feedback from most of the participants. As a result, one of the possibilities to extend the project is to try different ways of hanging the fabric to surround the participants. This scenario will most likely include:

Both scenarios require an initial setup so that data could be collected from sensors and the code creating the visuals could be tested and modified. Similarly, in both scenarios, new visuals should be designed, code should be modified, physical parts should be made and the final result should be calibrated for the presentation space. 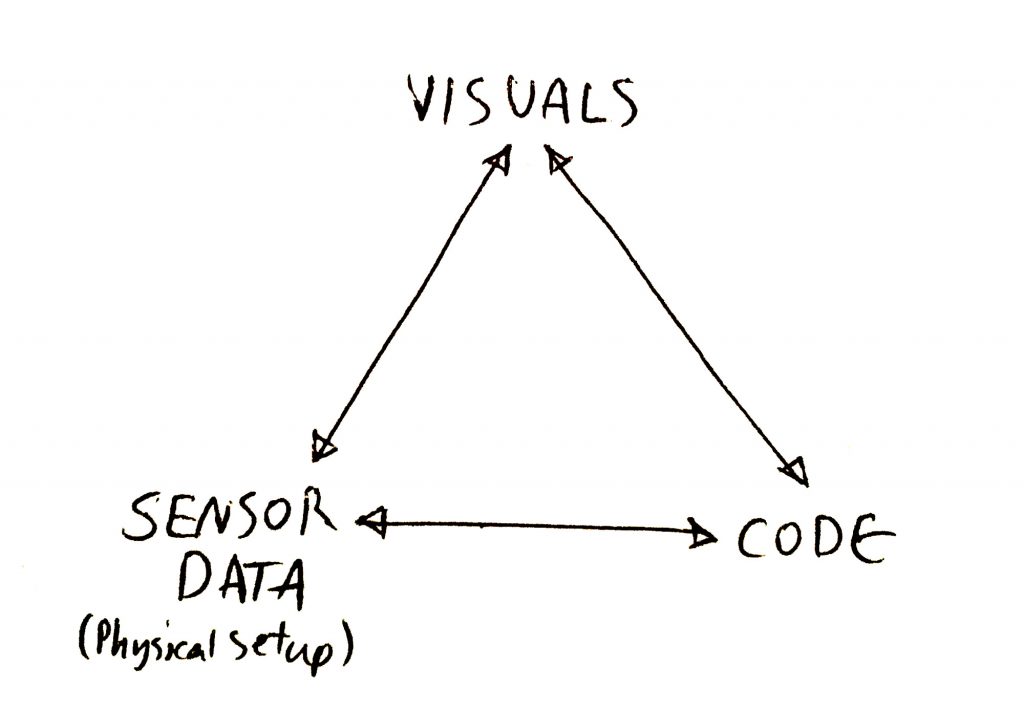 In my experience with the previous experiment, the whole work can’t be divided into linear phases and is mostly done in an iterative way. However, some of the most important dates are:

NOV25: Setting up the test setup (a prototype of the curved bar, if required)

In my previous experience, this project is best presented in a dark and empty space. Ideally, a narrow space would help to cover the space with the fabric and divide the space so that people won’t walk to the back of the fabric.

The physical installation is also highly dependant on the final space.  I need to know the exact specifications of the space so that I can measure all the distances, model them and start creating everything accordingly. Ideally, I would like to install in room #118 to have full control over light and setup. 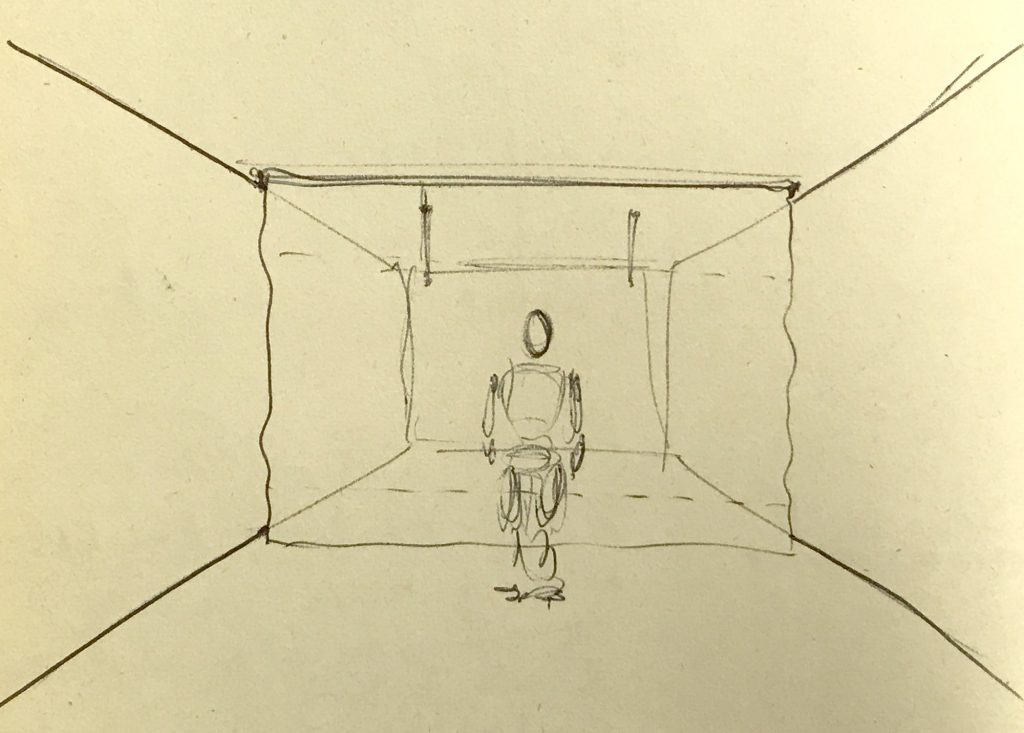 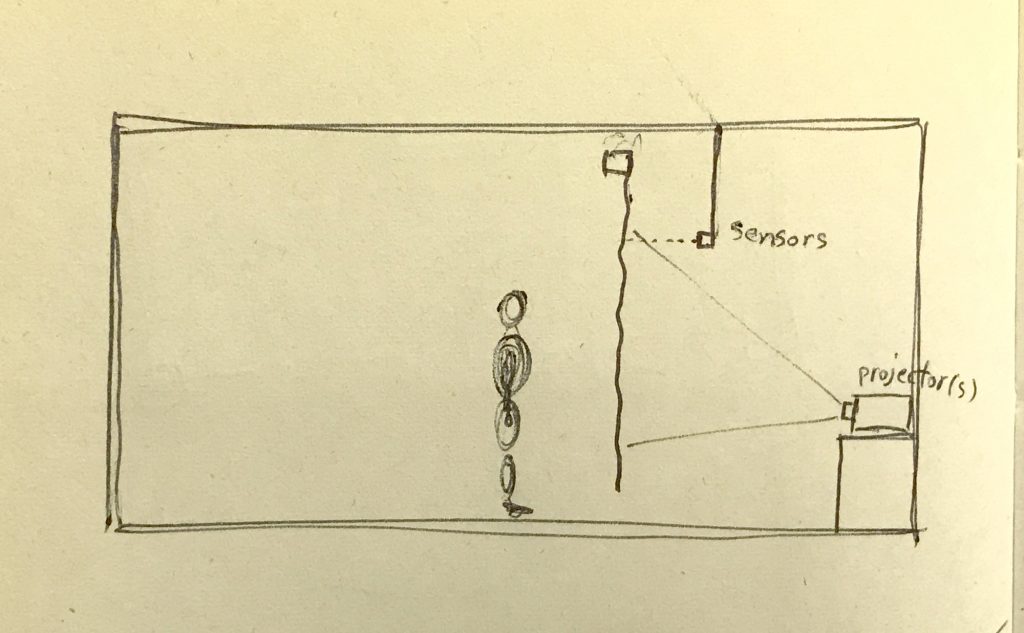