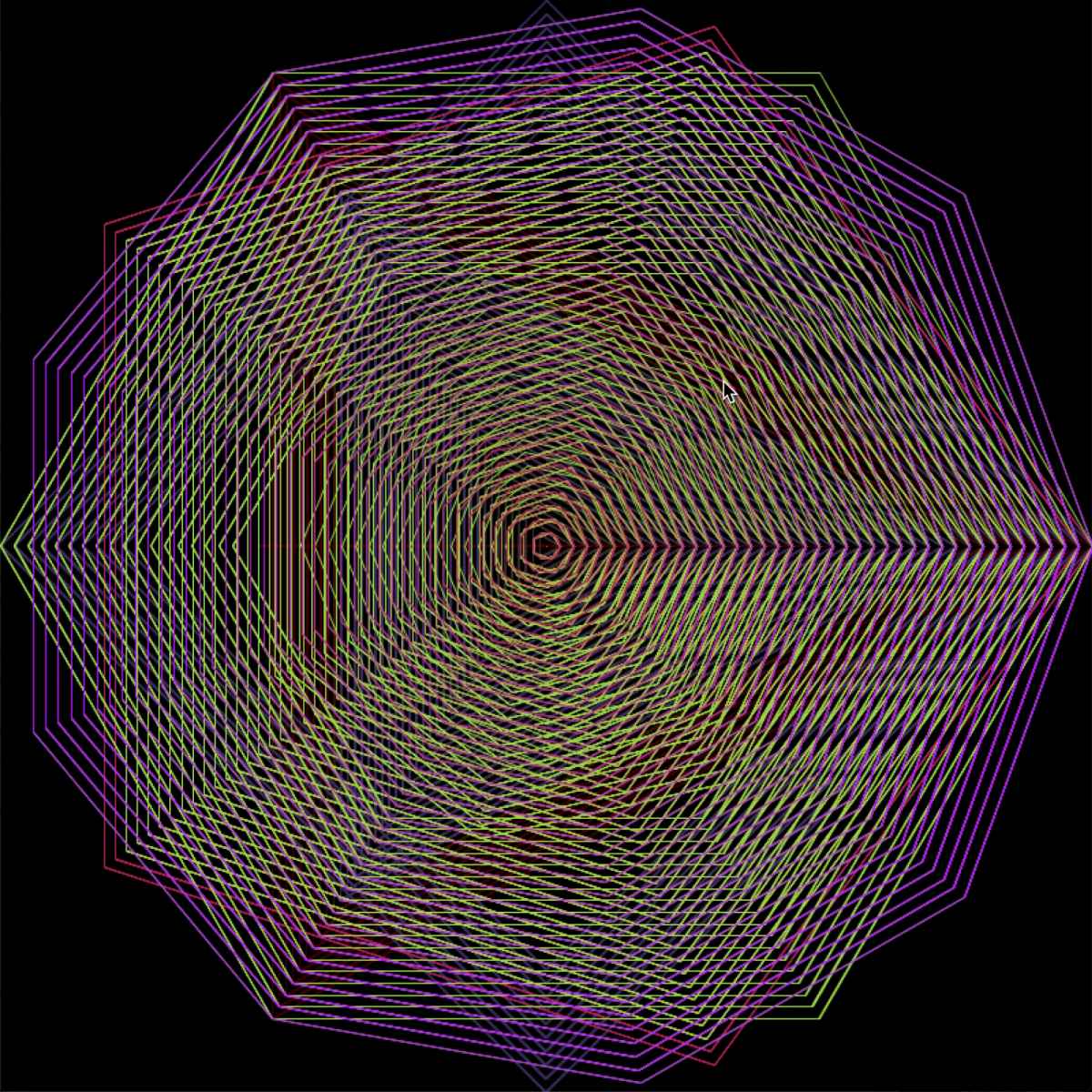 Project Description
In this experiment the task was to create a tangible or tactile interface for a screen-based interaction. A strong conceptual and aesthetic relationship was to be developed between the physical interface and the events that happened on the screen using Arduino and Processing.

This experiment was my dig at generative visualization wherein you can interact and generate visuals of your choice. My fascination towards geometry, its diversity and also the possibilities of geometric variations is something of great interest to me. So, I decided to make user specific visualizations. In this, I took values that could be used as variables and then assigning them to manual manipulation of variables to create geometric patterns.

Image: The Nature of Code

The experiment is a simple yet complicated act of how a simple geometric shape can attain different characteristics once we add repetitive components of the shape and alter them at the same time. I have played around with the number of vertices, R value, G value, B value and reset function of the repetitive geometry. The challenge of connecting Arduino to Processing and then making them communicate to receive inputs from Arduino and then depict the output in terms of Processing was something that worked in favour of this project.

Visuals and Images of the Process
Trying my hands at generative geometry with 2 components as variables – Red value and number of vertices of the shape. The circuit looks something like this: 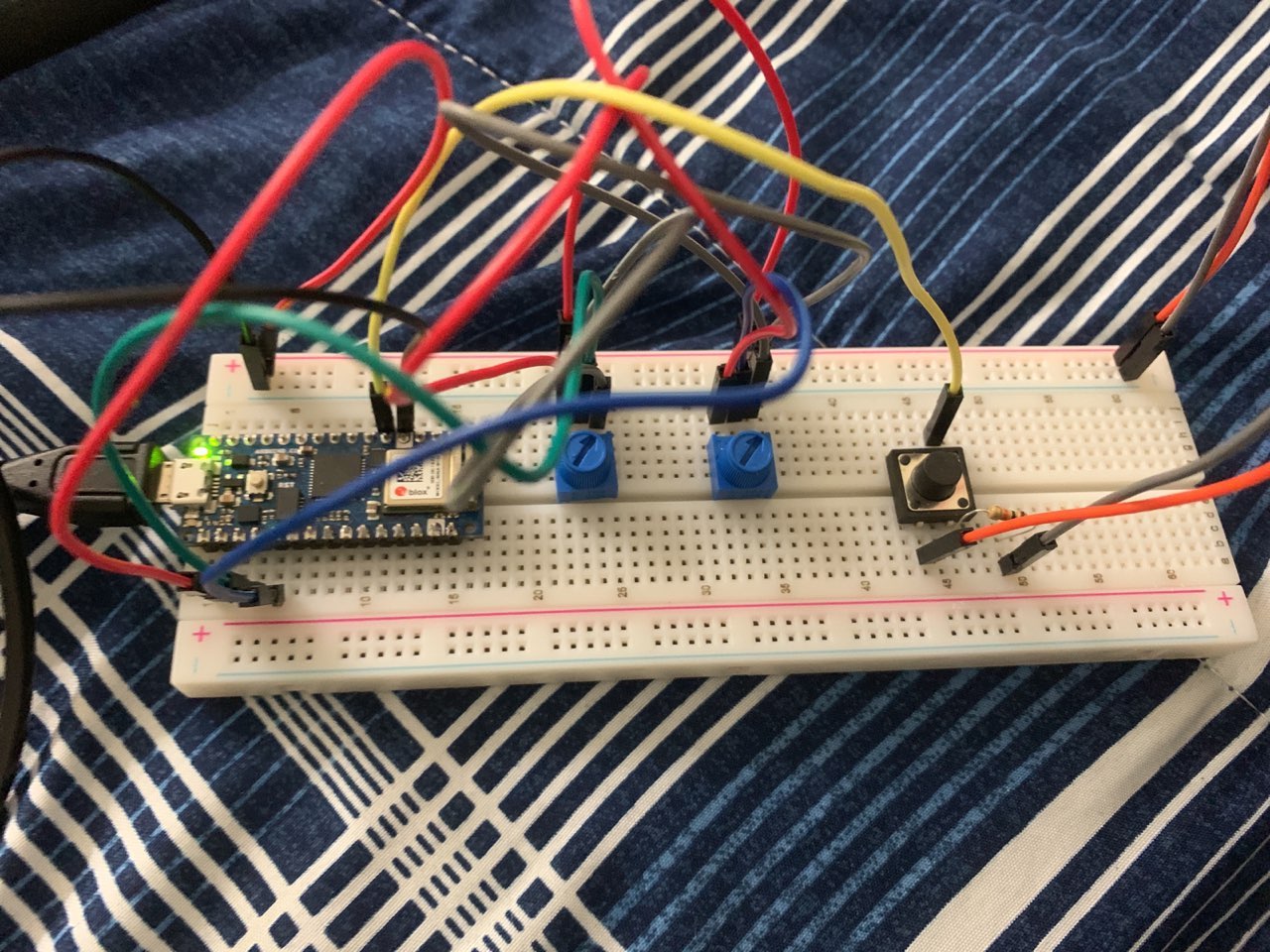 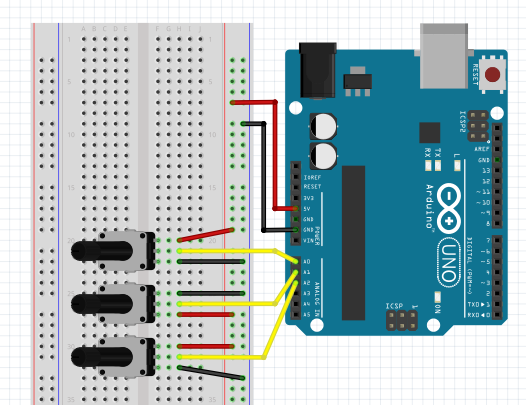 Image Ref: Project by eschulzpsd on Rotational Symmetry (Similar to the initial work in progress phase of  2 potentiometers)

After finalizing the 4 variables that can alter the visualization, I tried to give them a more cleaner look for presentation purposes by keeping things minimal and easy to understand, such as shown below. Here, the handy-sized four potentiometers (10k) and a temporary button are being attached to the box inside which is the space to keep the breadboard and Arduino board. 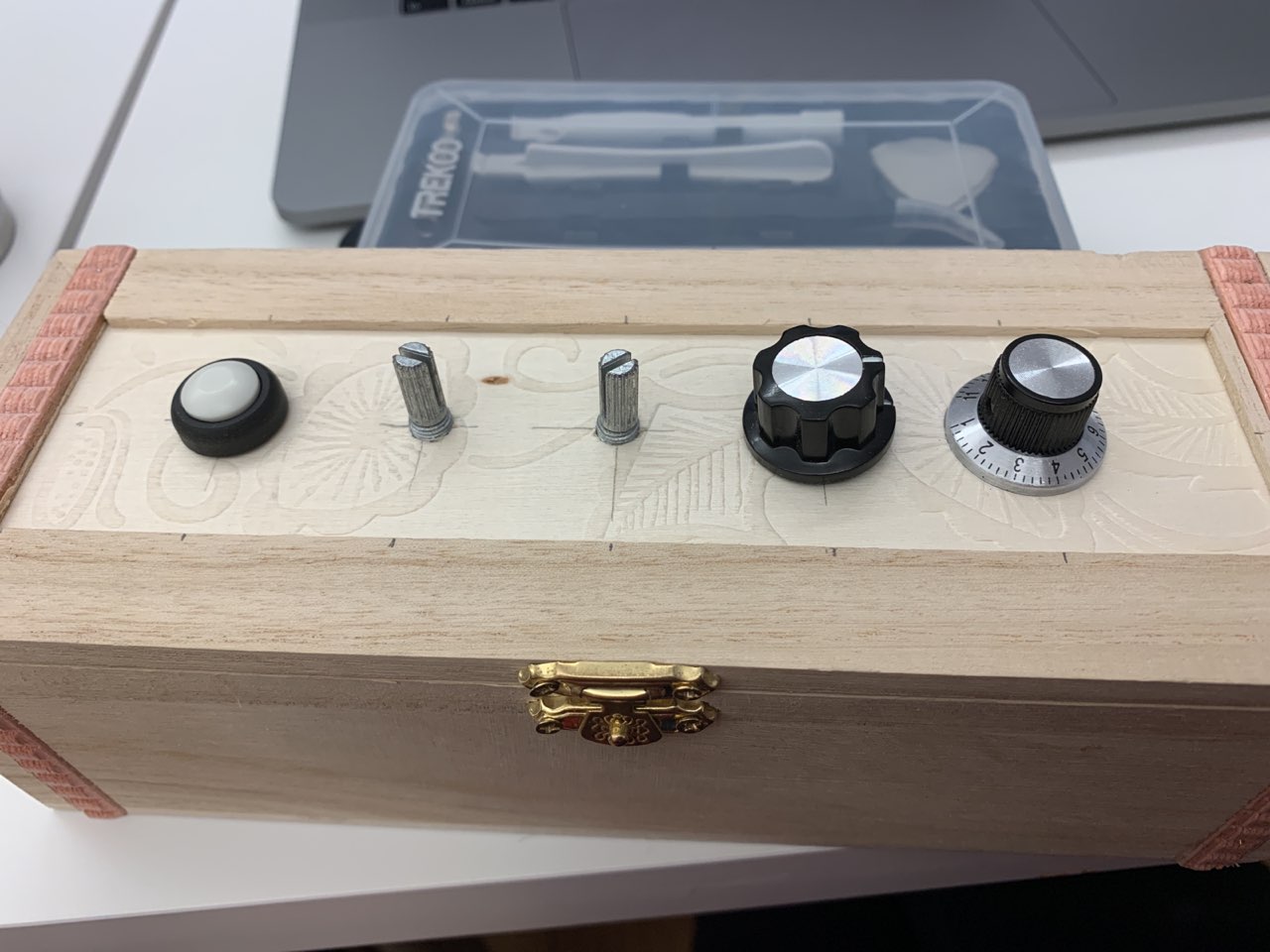 After making the initial setup, due to fluctuating values of R,G and B along with fluctuating readings for the number of vertices, the first couple of visuals looked similar to the one below. These were worked upon, with proper soldering and connections and mapped to get decently stable values. 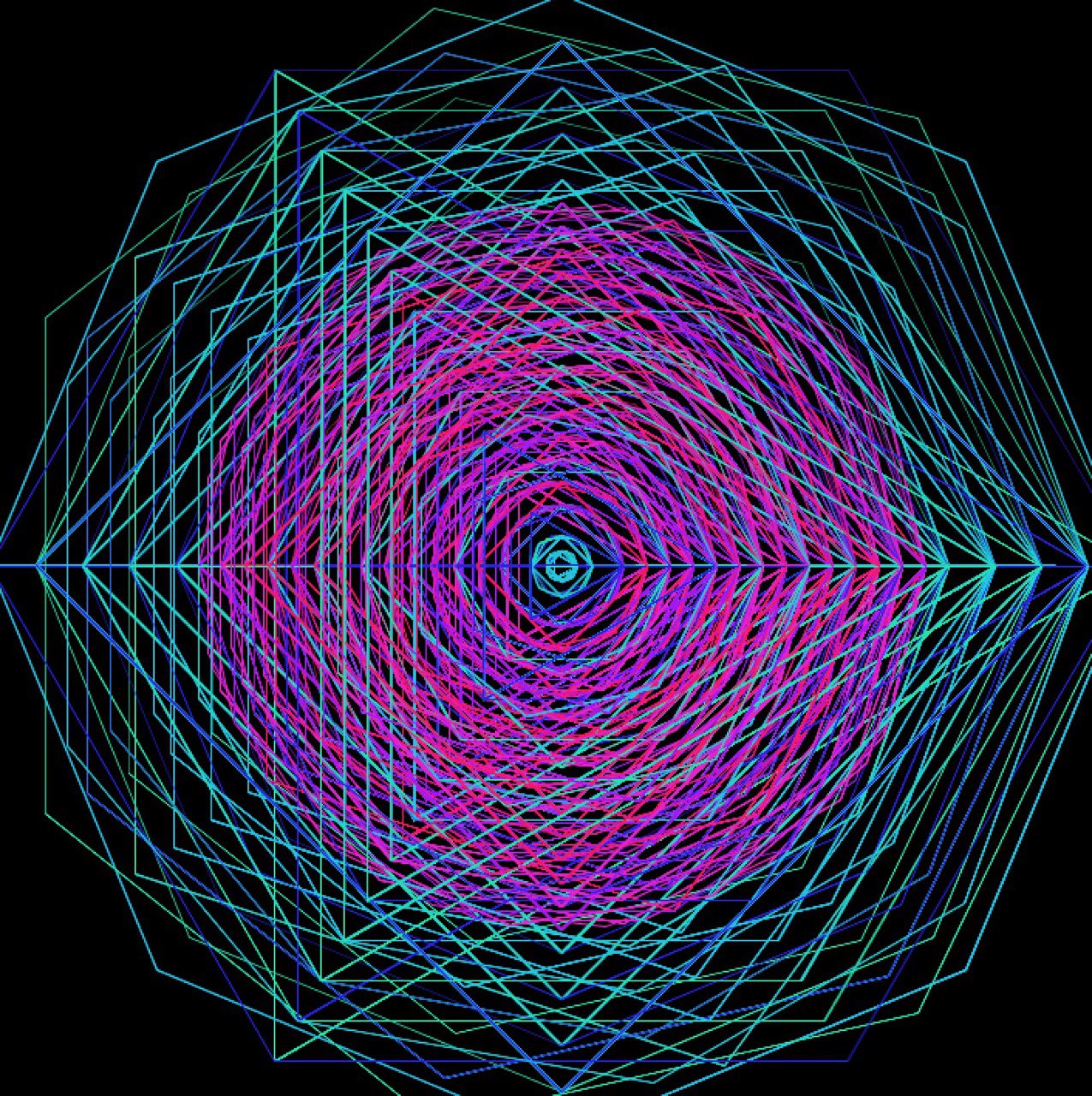 After mapping the Analog input values from the potentiometer properly to R, G and B from (0,255) and mapping the number of vertices to (0,10), the results looked better. Below are some visuals of various digital outputs. 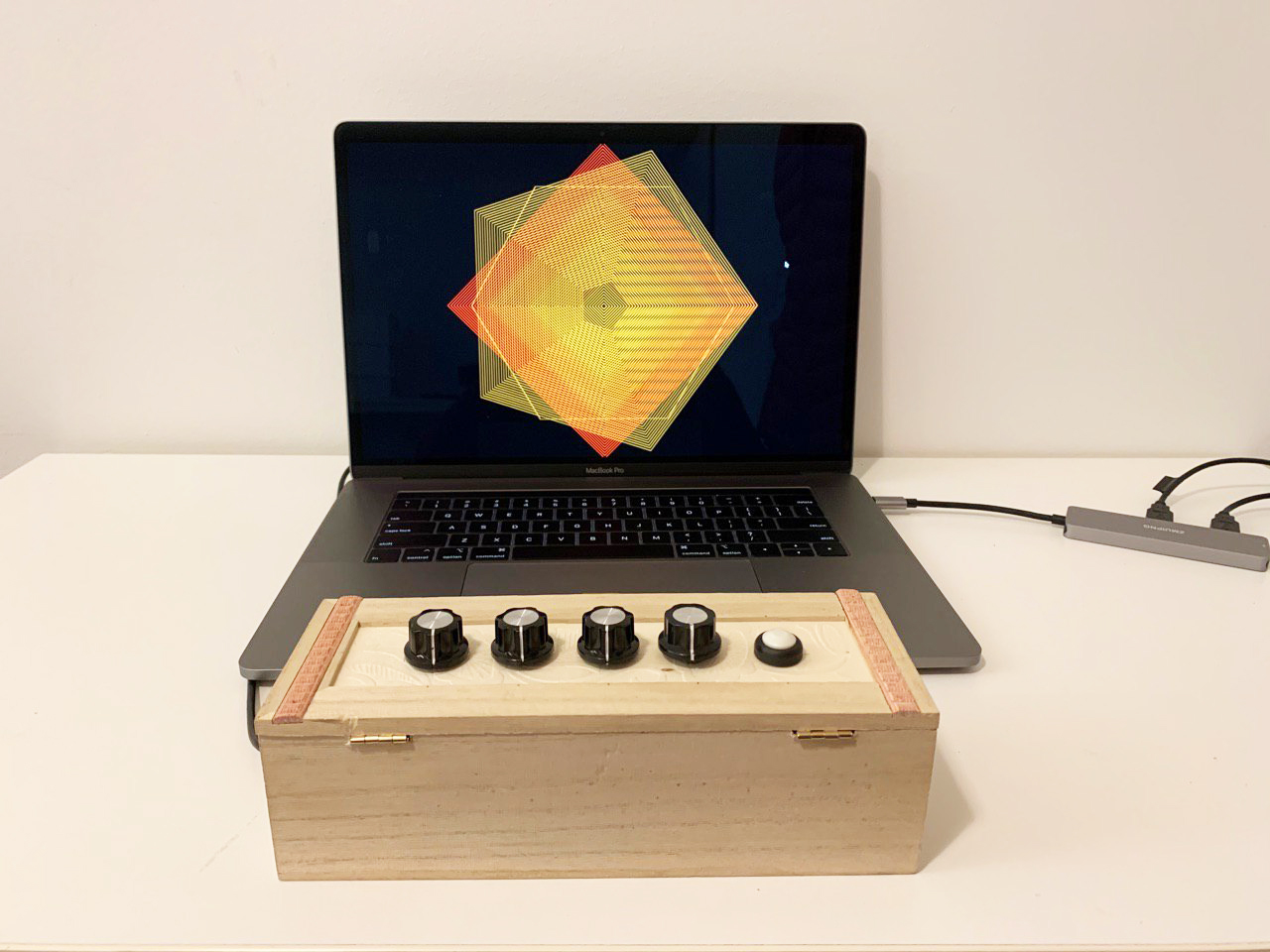 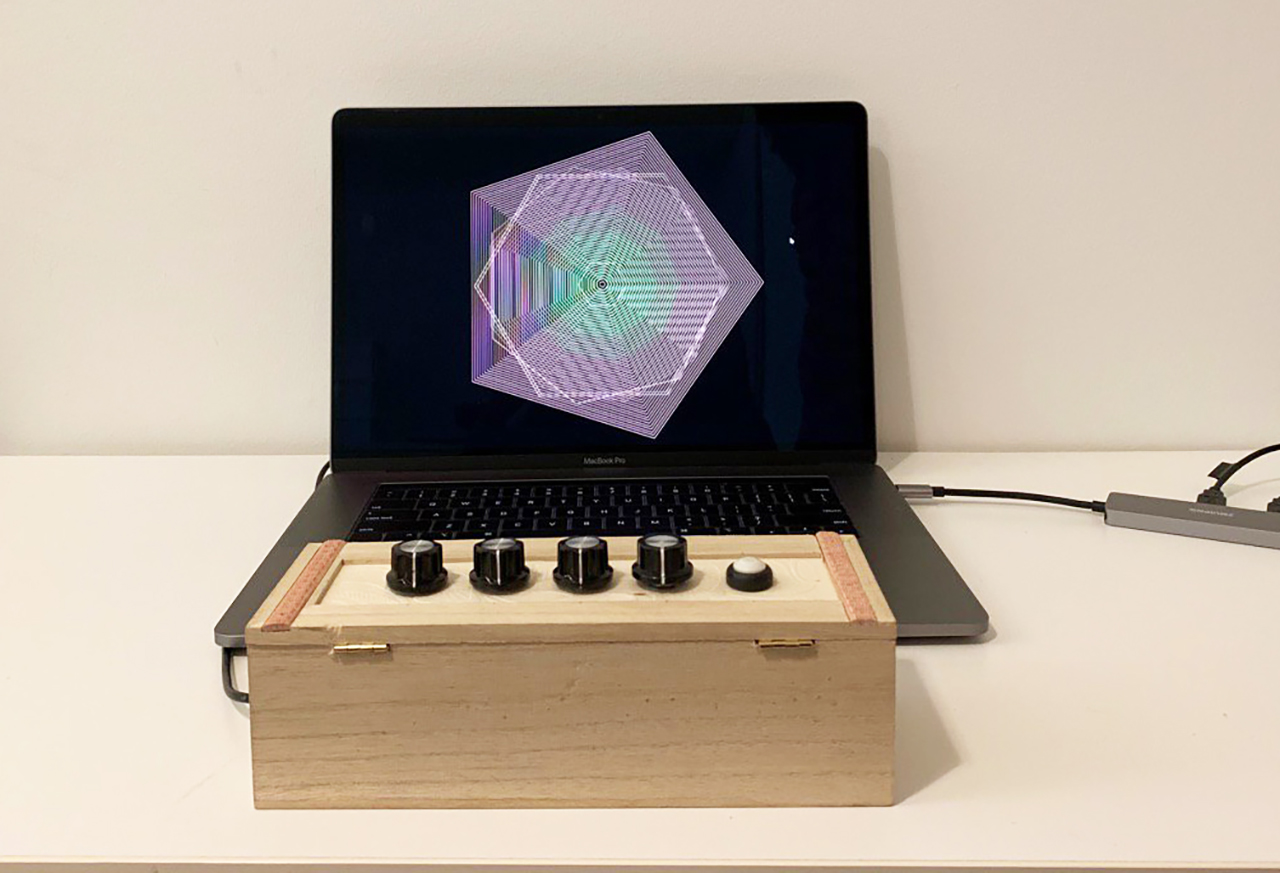 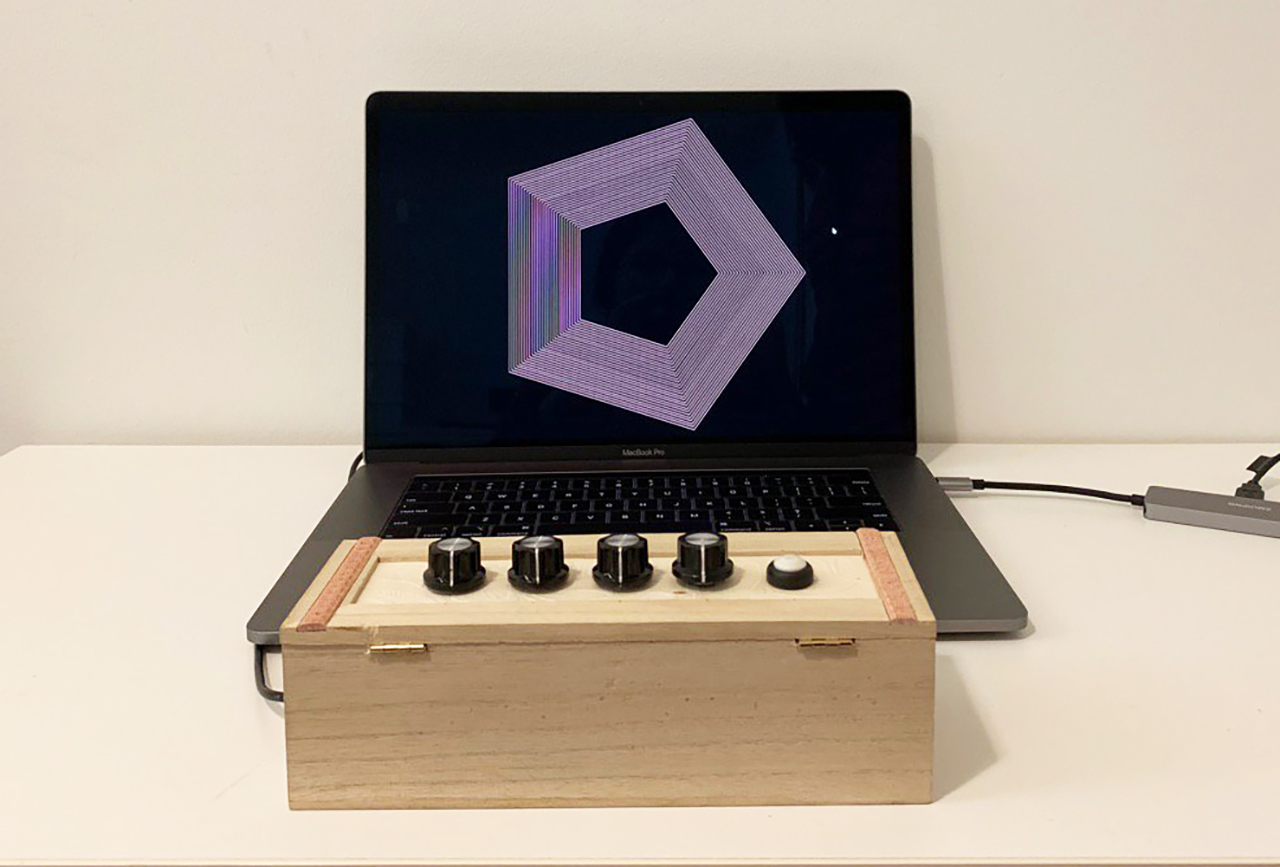 Images above: The 4 potentiometer values correspond to no. of vertices of the shape, Red value, Green value and Blue value. The last button corresponds to the reset visualization button.

Project Context
I was always fascinated by art that could be generated by coding. The amazing combination of visuals with code, can create mind blowing visualizations. This project gave me an opportunity to push myself to actually live that aspect and be one of those creators. Being a music lover from childhood, I have always been an admirer of the graphic visualizations that would alter with the pitch, beats, base, tempo and frequency of the music. When these aspects of music were mapped to the moving aspects of a particular algorithm, the result was nothing but a treat to watch. The use of colours, motion, waves, lines, thickness of stroke, etc could create something visually crazy. Below are some explorations which have given me a good idea of which direction to choose in terms of the project. 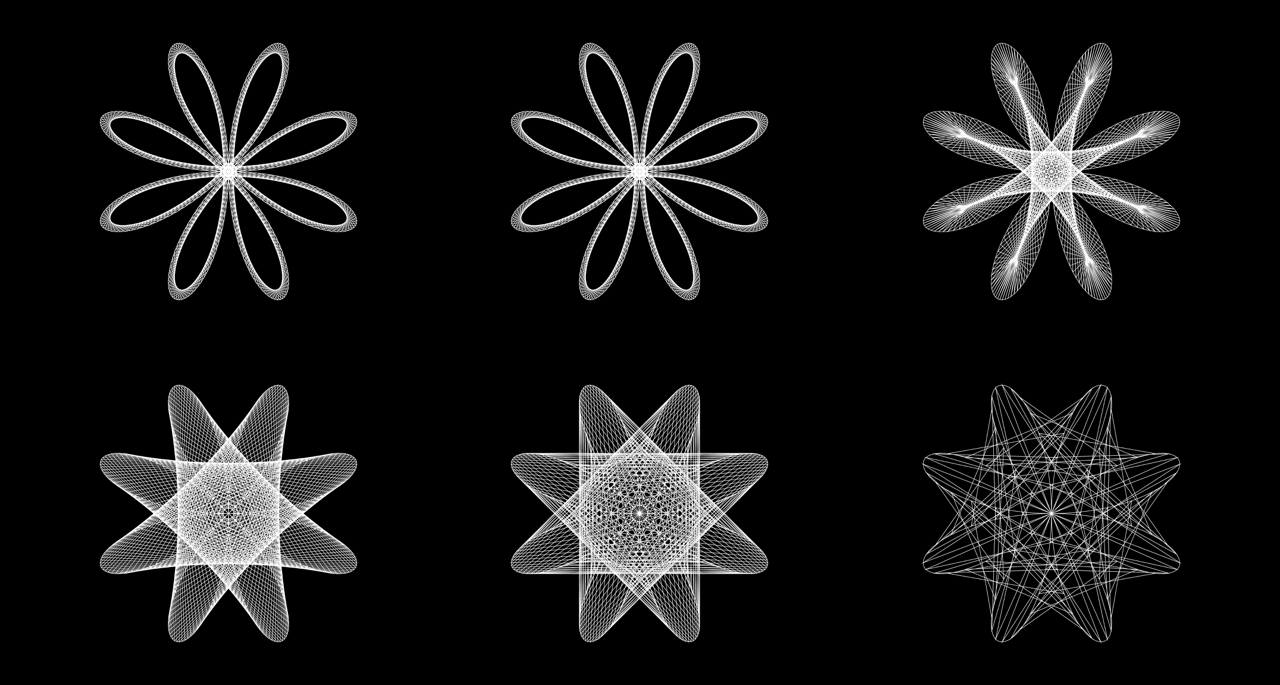 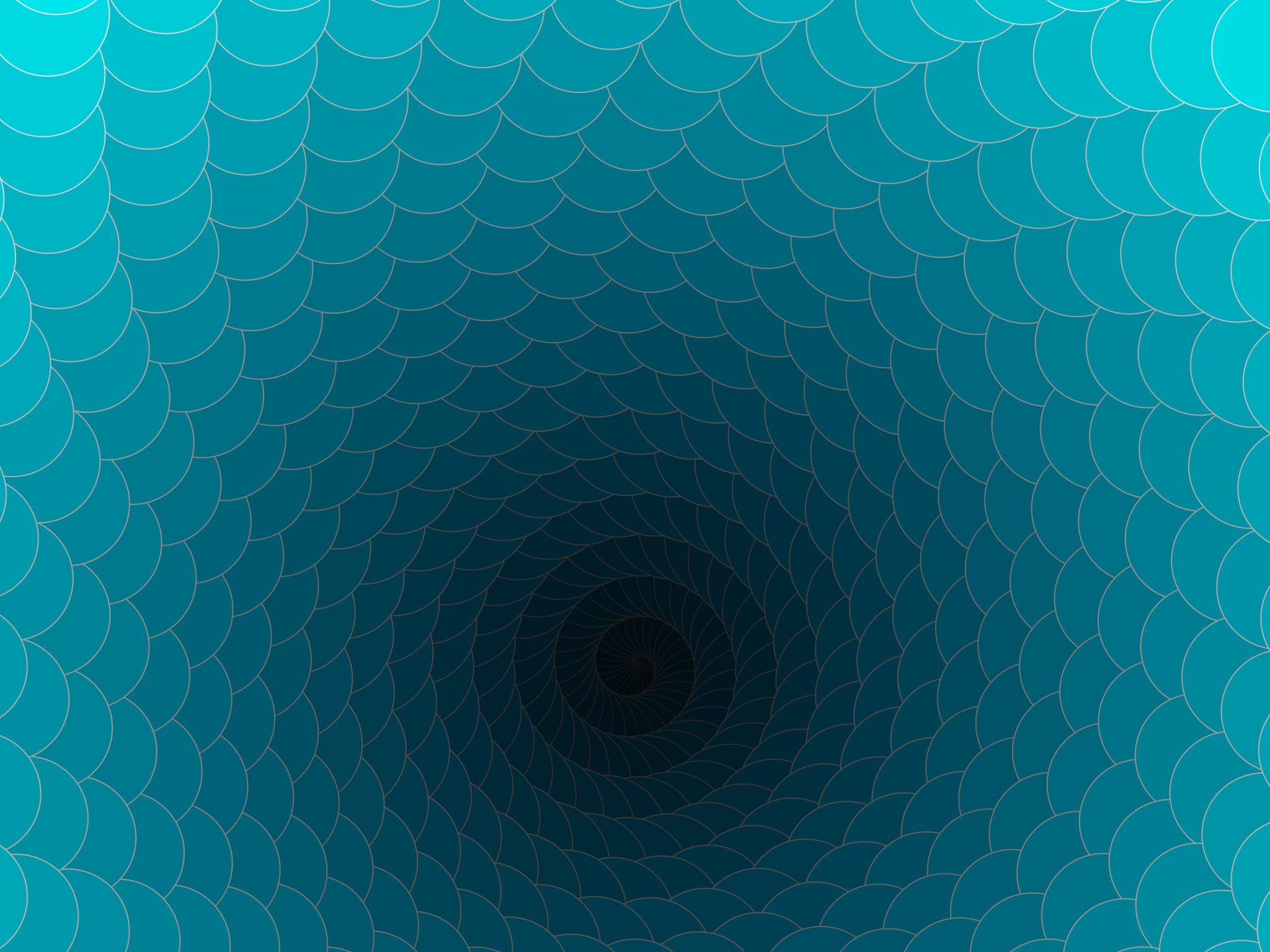 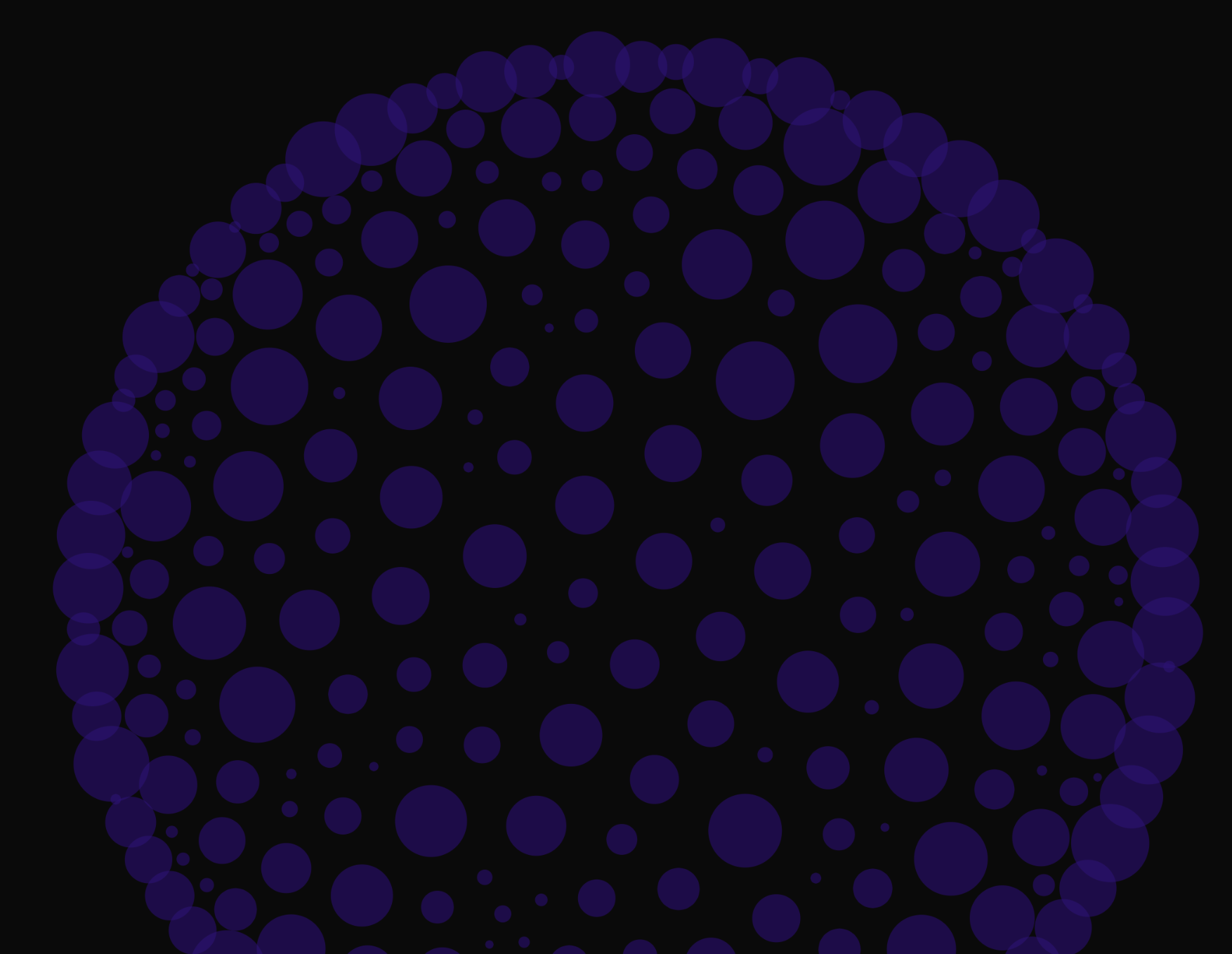 The works of amazing visual artists who have played around with code in terms of math, particles, fractals, lines, arrays, geometry, branching, visualizations, etc. have been my inspirational pillars in order to take this project ahead. Deep diving into the various factors that can be treated as variables and then mapping them based on motion or potentiometer values is something that gave a sense of closure to this desire to step into the field of generative art.

What began with mapping variable values of (0,1023) of the 10k potentiometer to the no. of vertices, R, G and B values was a step forward into this exploration. I also made the visualization boundary finite in terms of the screen boundary so that the overlapping effect could create wonders. With orderly gaps in geometry formations that showed transition in terms of shapes such as line, triangle, square…decagon using coding was a learning experience. Some major functions that this project relied on were: map(), millis(), random() and generative algorithms for the radii which was relative to the outward-inward motion.

Getting the hang of the initial requirements of the assignment from the projects of individuals and groups on makershed.com and Arduino Project Hub came in handy so as to get an idea of the possibilities that can be explored. Using the Analog value inputs for the potentiometers and the Digital Pin for the temporary button and then importing these to Processing was made simpler with Kate Hartman and Nick Puckett’s code. Learning to import analog and digital input values and then mapping them to the relevant potentiometers gave the exploratory visuals. 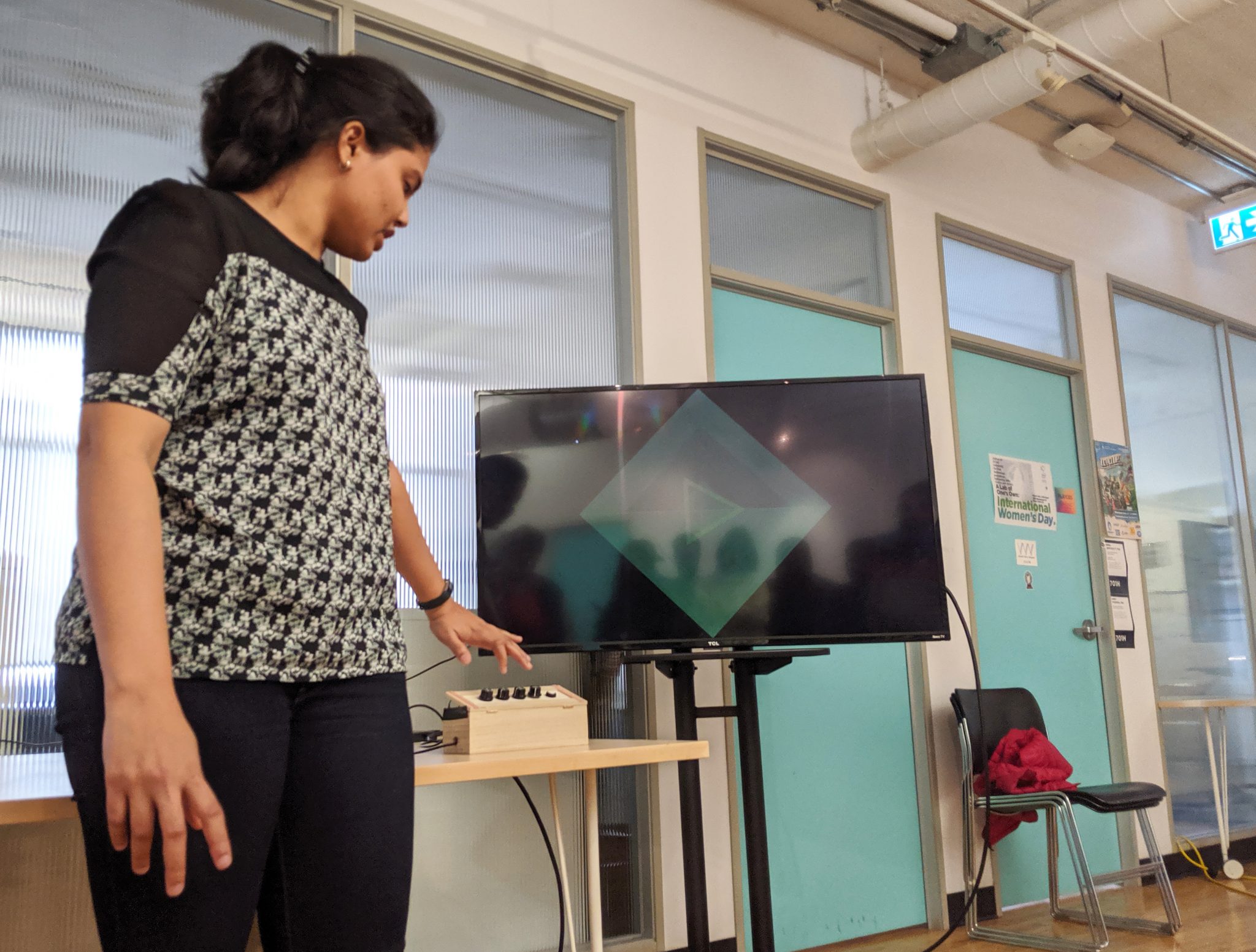 Image: Live demo to the audience about the relation of the knobs to the visual

Since this project was a demonstration, I purposely did not name the knobs on the setup so that the audience can play with them and figure out what each one of these stood for. Seeing the audience interact with geometric visualizations and relate the values on the knobs to the visualization was in itself an experience. I am glad to have explored this aspect of coding. On how i would like to take this ahead, I would say, I would like create a fading trace path for the shapes and also explore their mapping to external noise/sound. I would also like to look into creating more variations of generative art in response to different stimuli that are introduced into their environment.