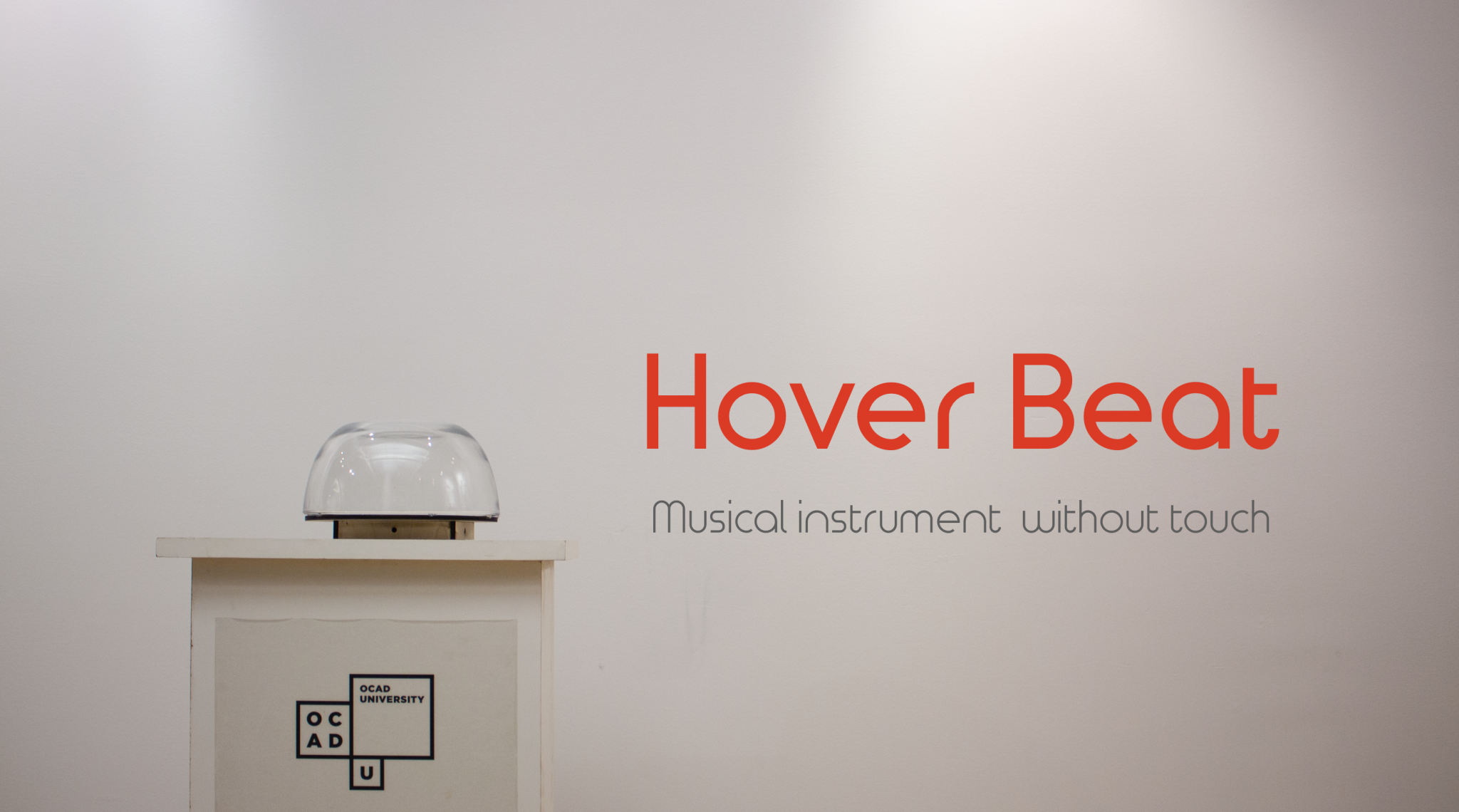 Hover Beat is an interactive musical instrument that is played without touch or physical contact installed in a controlled environment with a constant light source. The project aims to explore interactions with a strong conceptual and aesthetic relationship between the physical interface and the events that happen in the form of audio output.

A project’s potential radius of interaction is usually determined by technical factors, be it simply the length of a mouse cord or the need for proximity to a monitor used as a touch screen, the angle of a camera observing the recipient, or the range of a sensor. However, the radius of interaction is often not visible from the outset—especially in works that operate with wireless sensor technology.

In the project, the attempt is not to  mark out the radius of interaction or special boundaries at all, so that it can be experienced only through interaction

I started exploring different sensors that can be used for controlling sound. Starting with a sound detection sensor, flex sensor, capacitive DIY sensors using aluminum foil, pressure sensors and finally ended up using a light sensor to make the interaction invisible. So that the user doesn’t see or understand how the instrument actually works and opens many possibilities to interact with the object and they explore, learn while interacting. 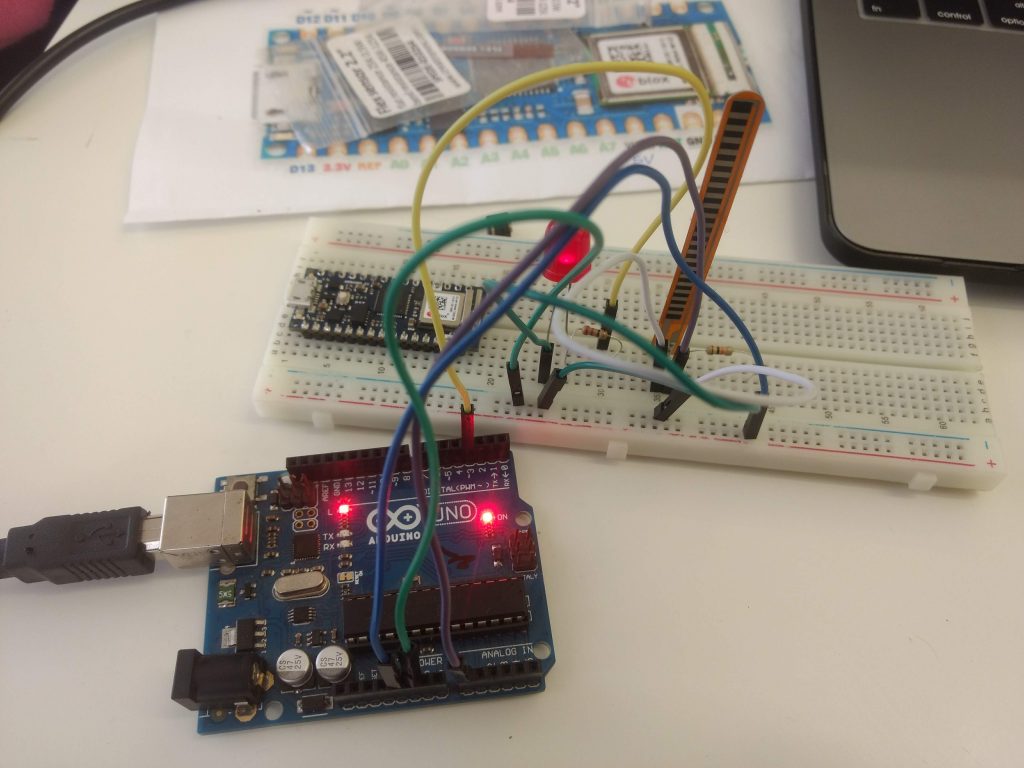 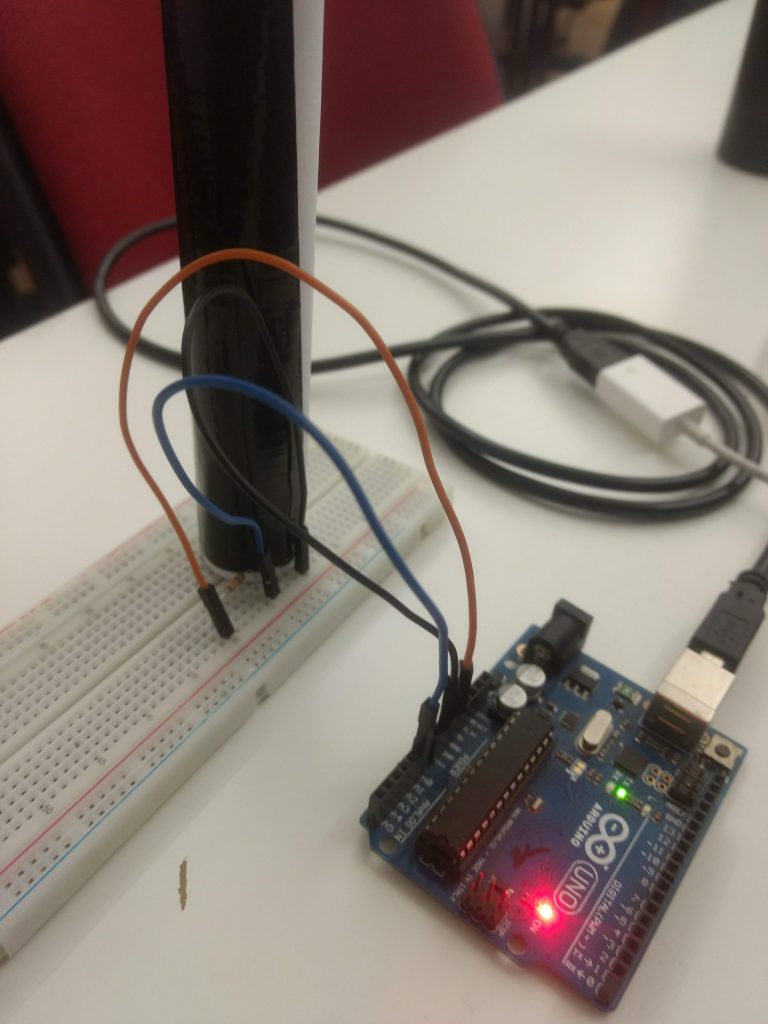 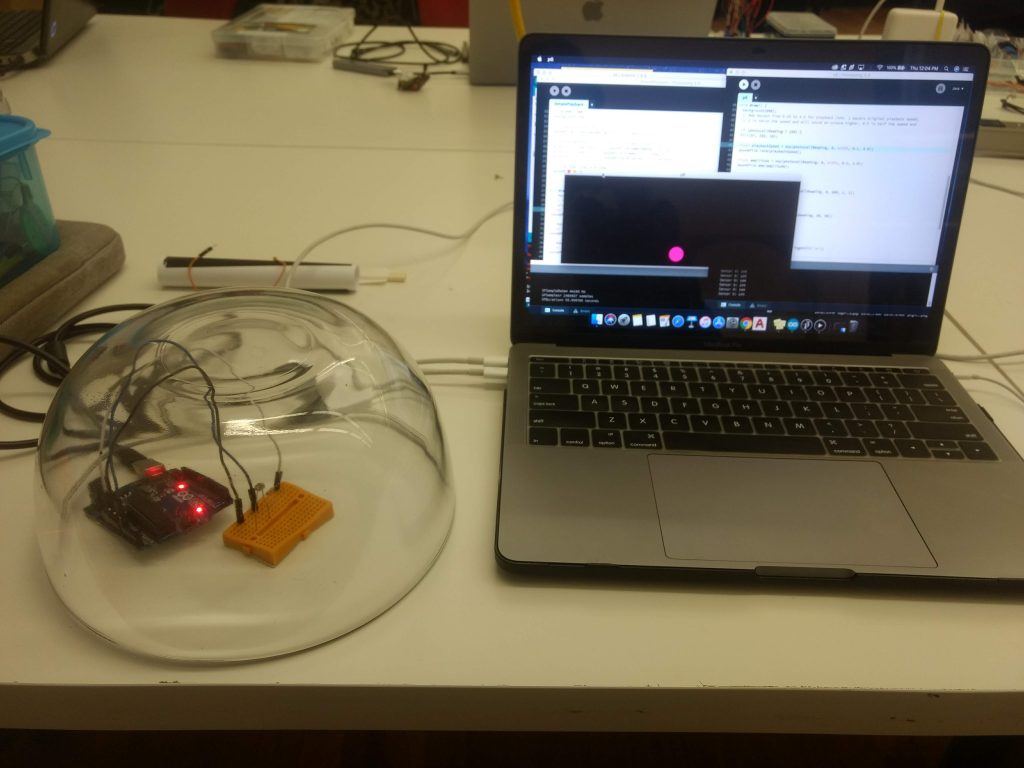 Using a glass bowl to calibrate the base sensor data reading in- DF 601 studio environment at night.

How does the sound actually change?

The data coming from the Arduino and LDR are used in processing to control playback speed and amplitude of the sound. A steady reading is used as a benchmark which is from the constant light amount detected by LDR.

I started experimenting with 8-bit sounds, vocals, and instruments.  The sounds changed its playback rate and amplitude based on the amount of light received by the LDR sensor. to minimize the noise and improve the clarity in ever-changing sounds the best option was to work with clean beats and so I decide to work on instrumental music. The interactions were mostly using hands so I did some research on musical instruments that use hands and make distinct clear sound beats. Indian classical instrument TABLA  a membranophone percussion instrument was my inspiration to develop the form and interaction gestures. 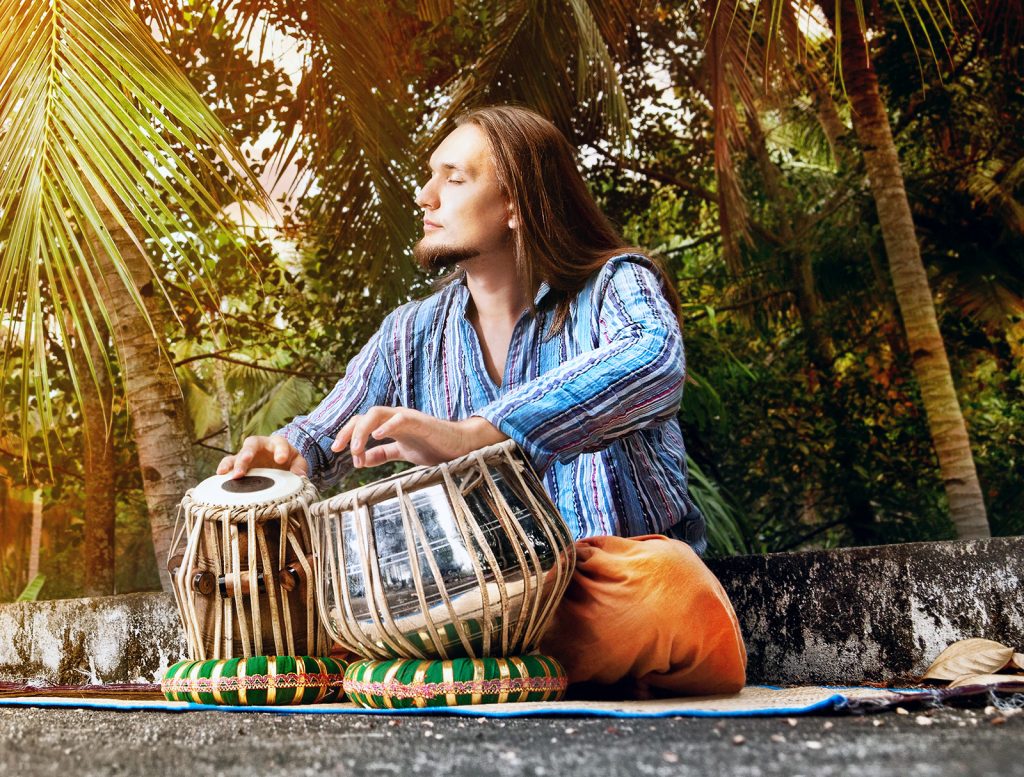 The form is inspired by the shape of Tabla.  Use of semi-circular glass bowl to define the boundary or say a start point to measure readings and define the limit of interaction in a radius as it uses the LDR sensor. The transparent material of the glass actually confuses the user and makes them curious about how it works. The goal was to come up with a minimal simple and elegant product which is intuitive and responsive in realtime. 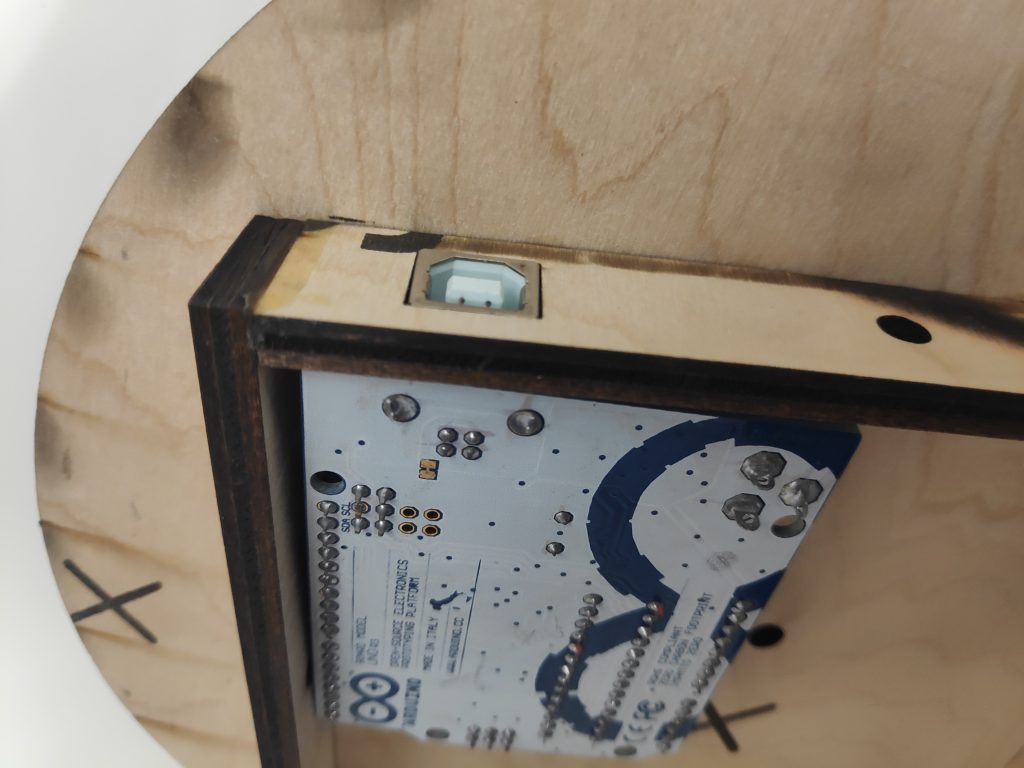 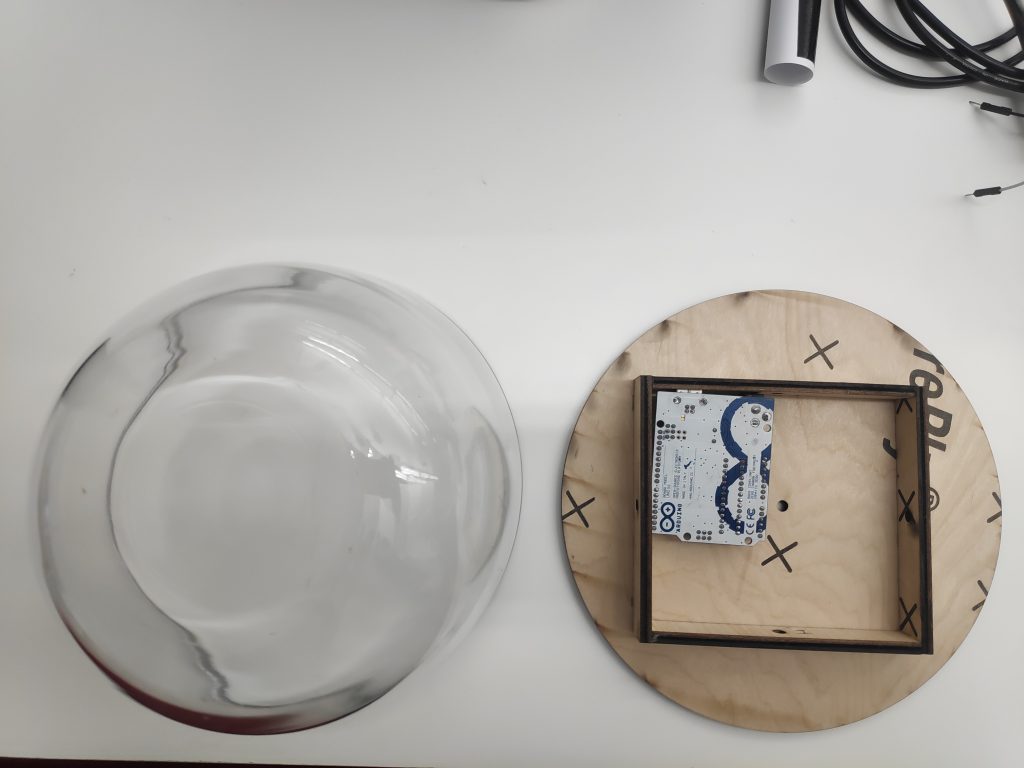 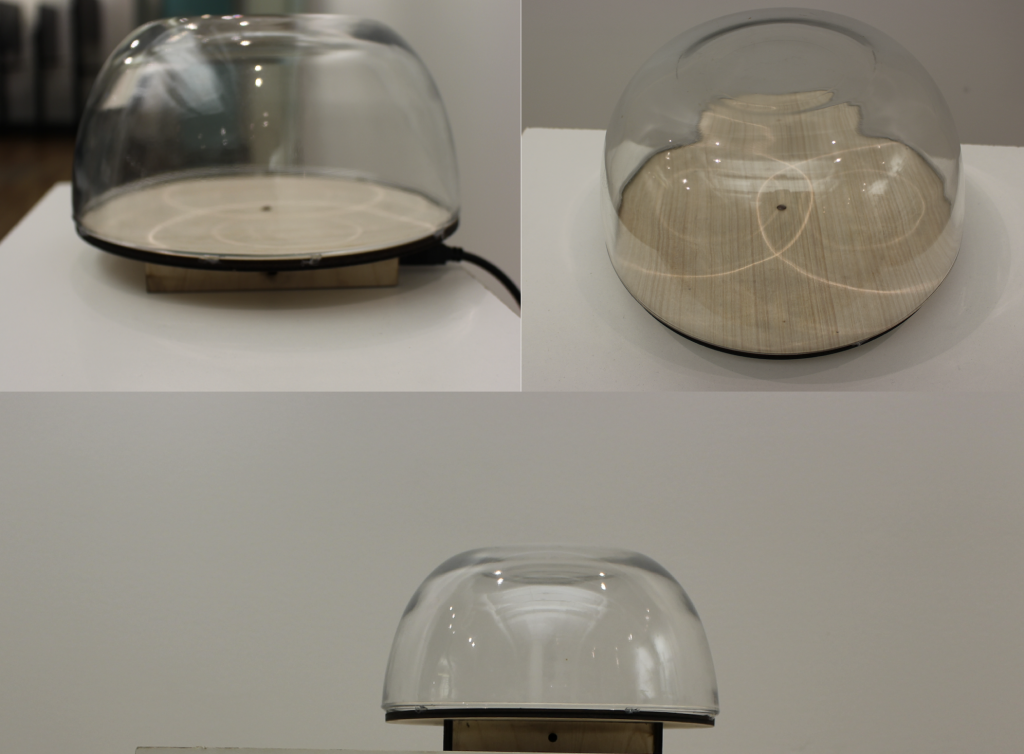 The installations work only in a controlled environment where the light quality is constant and won’t change because there is a base reading calibrated and used as a bench mark to change the sound. 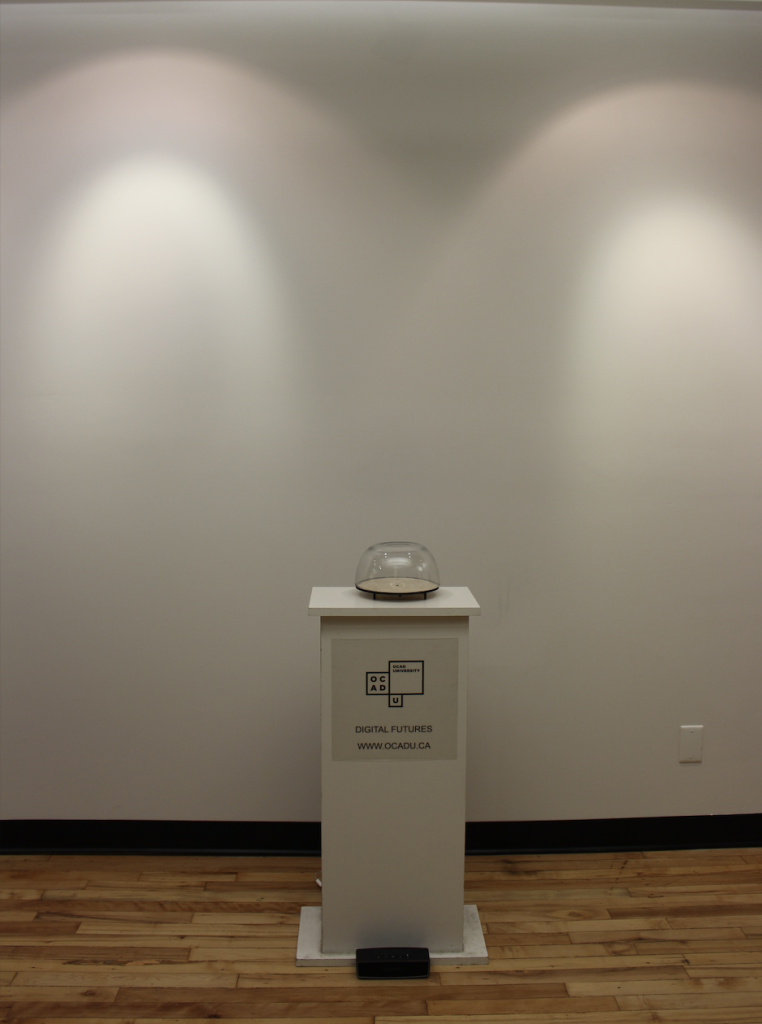 The affordances were clear enough. Because of the sound playing the users got a clue that the object has something to do with the touching or tapping but later on interacting they found out quickly that it’s just hovering at different heights over the object to manipulate the sounds of tabla. People tried playing with the instrument. People with some technical knowledge on sensors were more creative as they found out its the light that controls sound.

The experiment has laid a foundation to develop the project further and make a home music system that reacts to the light quality and sets the musical mood for example if you dim the lights the music player switches the mood to an ambient peaceful soundtrack. A new musical instrument can be made just by using DIY sensors at a very low cost with new interesting interactions.