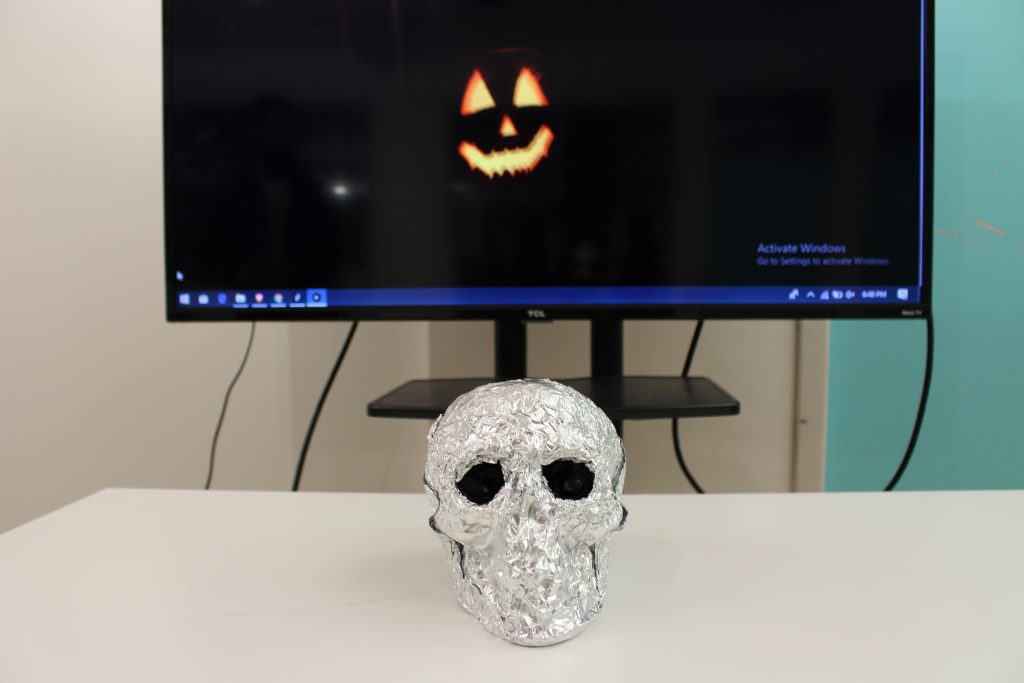 Skull Touch
An interactive skull that reacts to the touches of people and gives output in the form of spooky sound in different amplitudes and frequency.

This project tries to explore different states of touche such as no-touch, one finger touch, two-finger touch and grab. Capacitive touch enables to detect the different state of touch.
When you think of the word “Tangible interface”, the first thing comes in my mind is the tactile interface that anyone can feel, touch and interact with. Why scary theme, since it was Halloween time and hence the spooky skull.

I started with the idea about how to use a pressure sensor and a touch sensor, then I realized that only two states can be obtained and I was not satisfied with that. So I started looking for how to get more output.
I got to know about the Capacitive touch sensor through which any surface can be a sensor. After watching this video by DisneyResearchHub, this got me thinking that this is what I was trying to do initially. Disney had developed its own hardware to detect different sensors and information is not open for the public. Then I started looking for alternatives and found StudioNAND/tact-hardware. They have provided all the information regarding the capacitive sensor. I always want to work with audio and how to control them with different input methods. This project gave me all the required push to go for it. As an input device, I chose the skull as this project was happening around Halloween time.

I started with the circuit set up and code to get the capacitance value for the different touches. The list provided by studioNAND to make low budget capacitive sensor is given below.

I got all the except components except 10mH inductor. I got 3.3 mH inductor instead of recommended one in the list and preceded with the circuit set up.
I have to install TACT library for Arduino and processing to run the code. 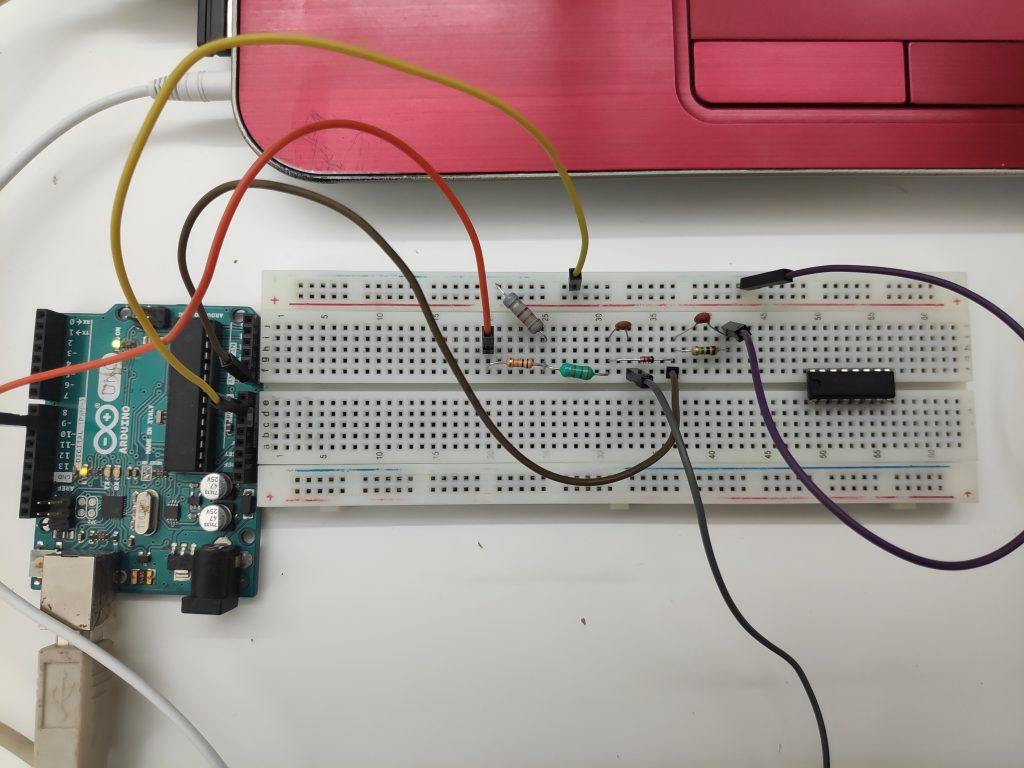 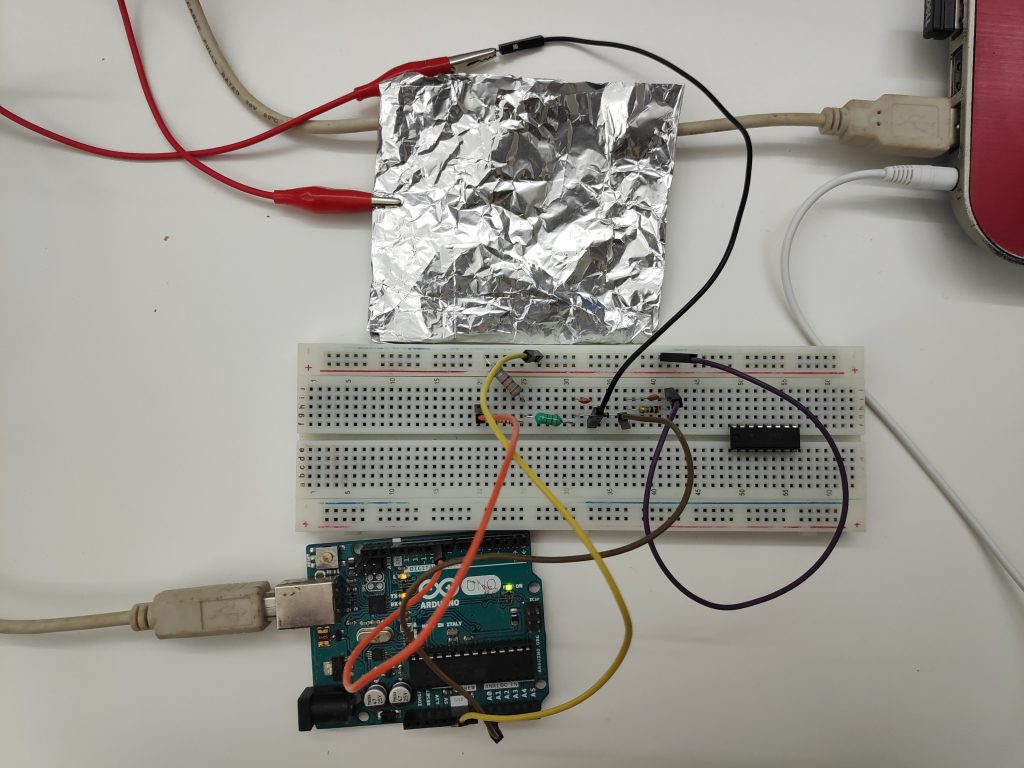 The output was very distinctive for no-touch, one finger touch, but not for one finger and two-finger touch. I figured this out very late in my project. This was happening because of 3.3mH inductor.  The range I was getting is too narrow for distinctive touches. I tried to make an inductor on 10mH with the hollow cylinder and copper wire but I was not able to get near 10mH. So proceeded with the current code.

As I was planning the control audio with the skull as an input device through different modes of touch. I directly jumped into the processing to couple the capacitance value with the amplitude, frequency of the scary sound to give spooky experience to the user. 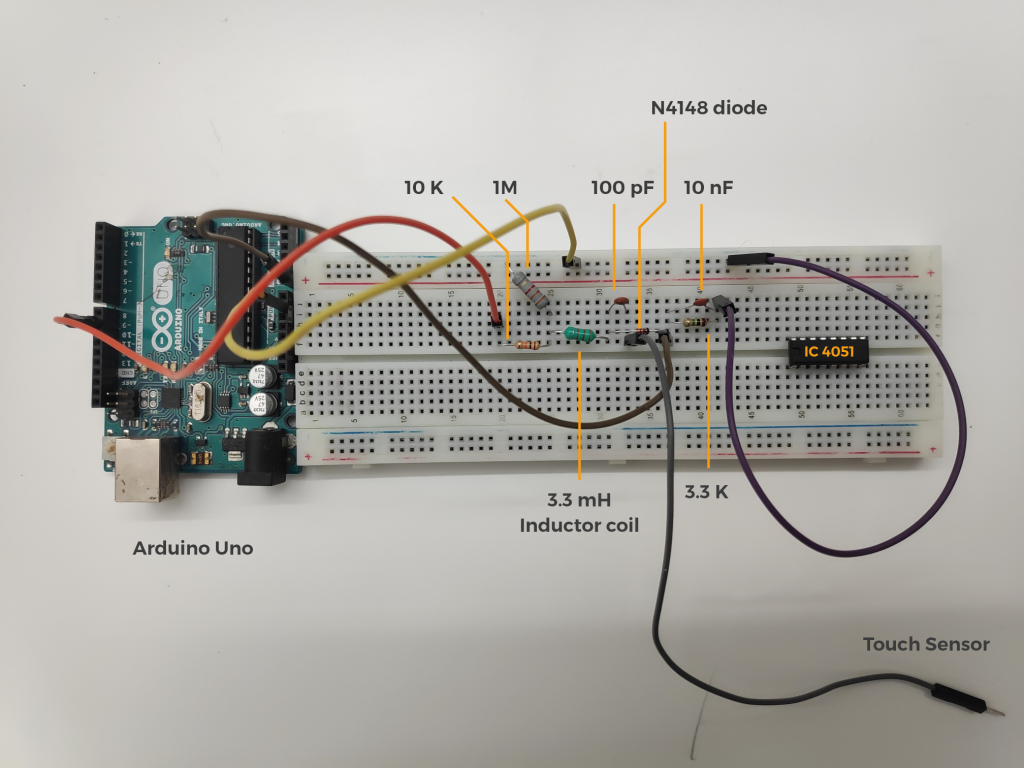 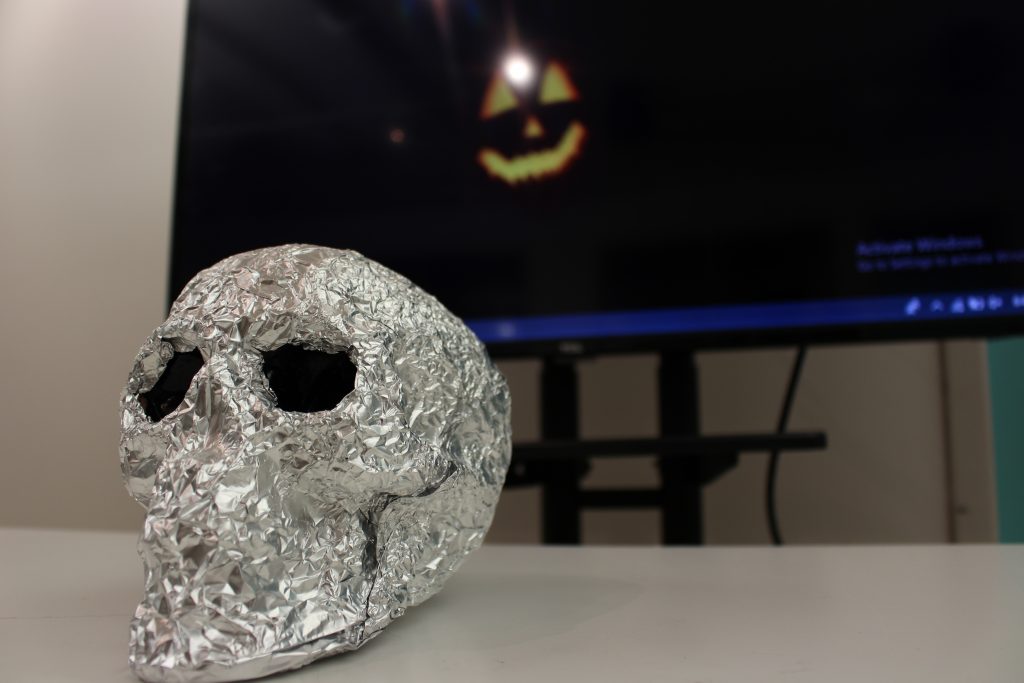 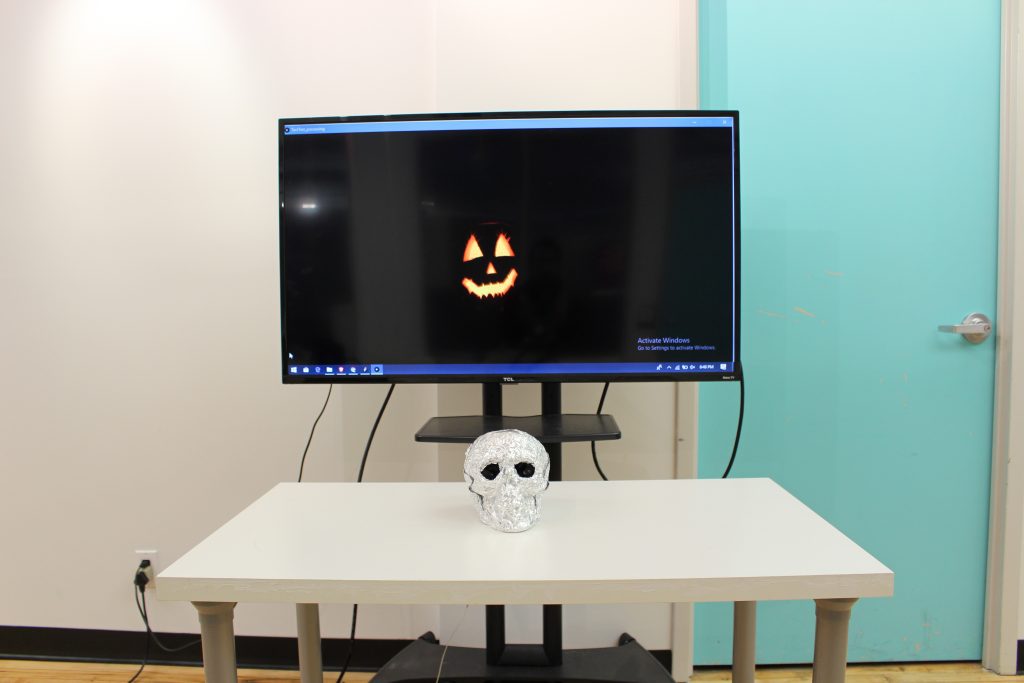 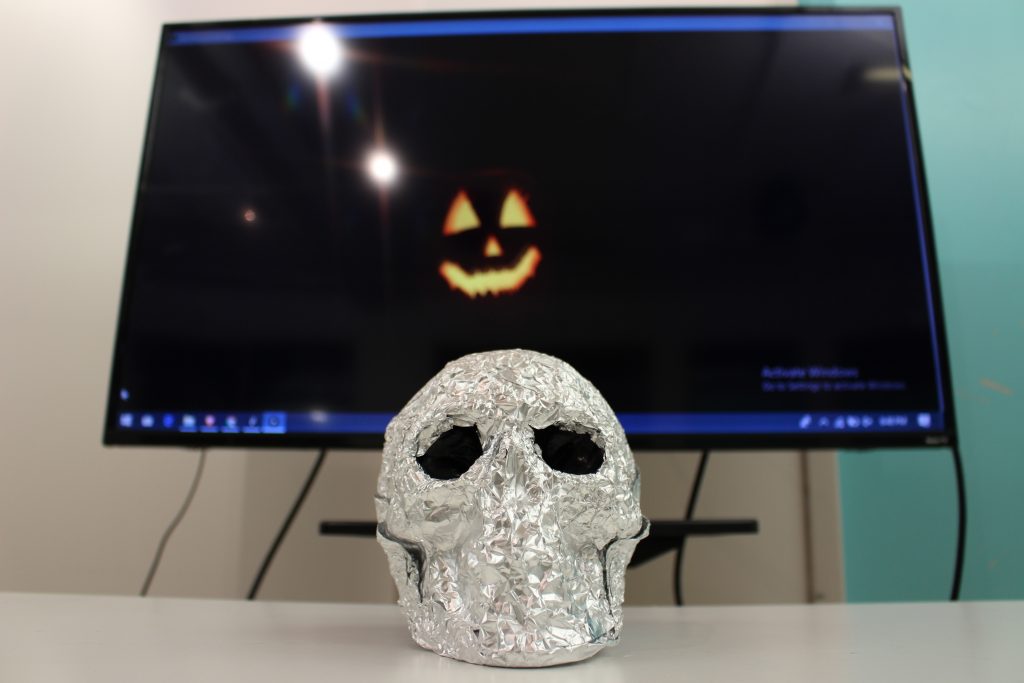