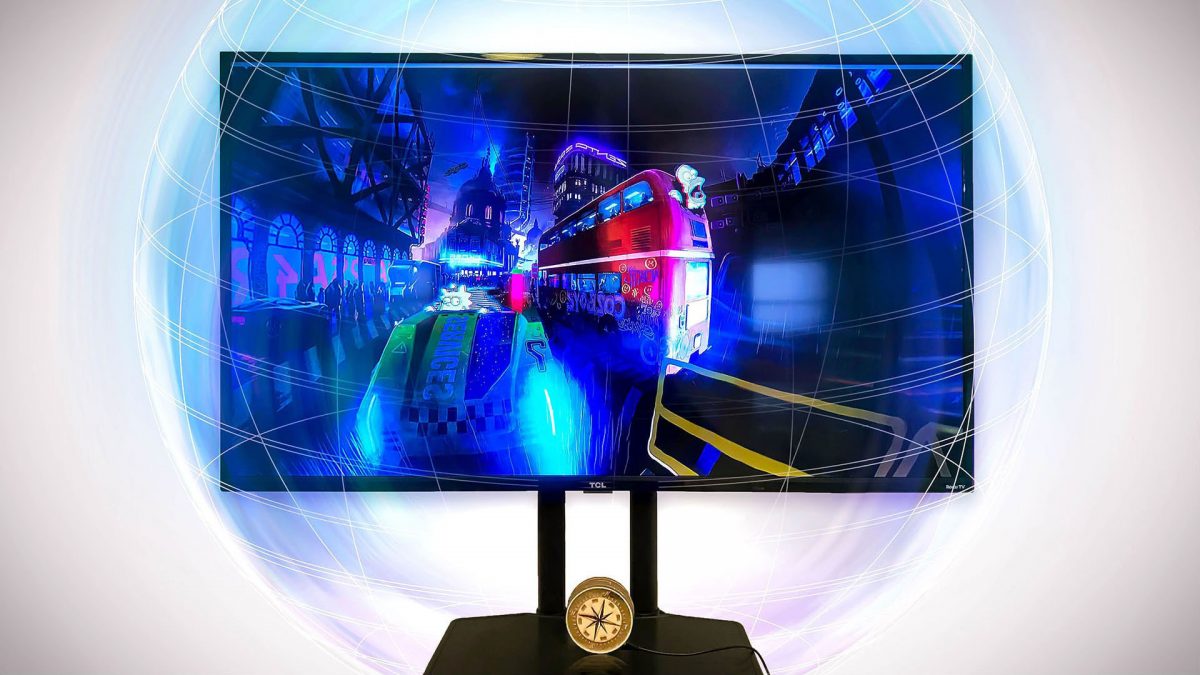 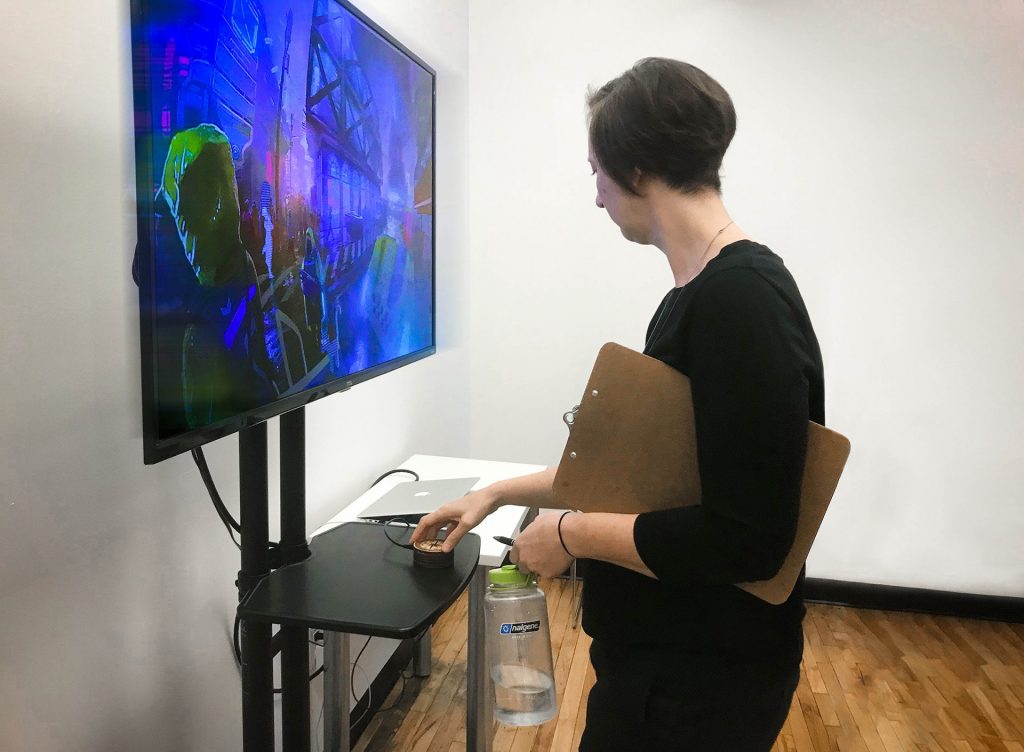 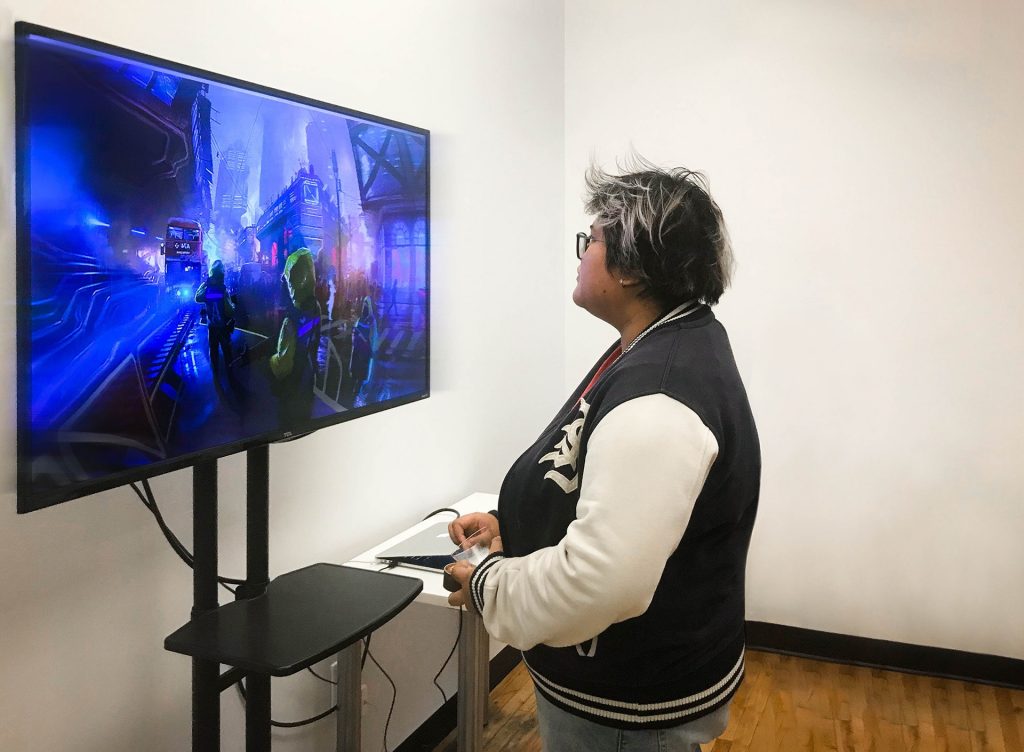 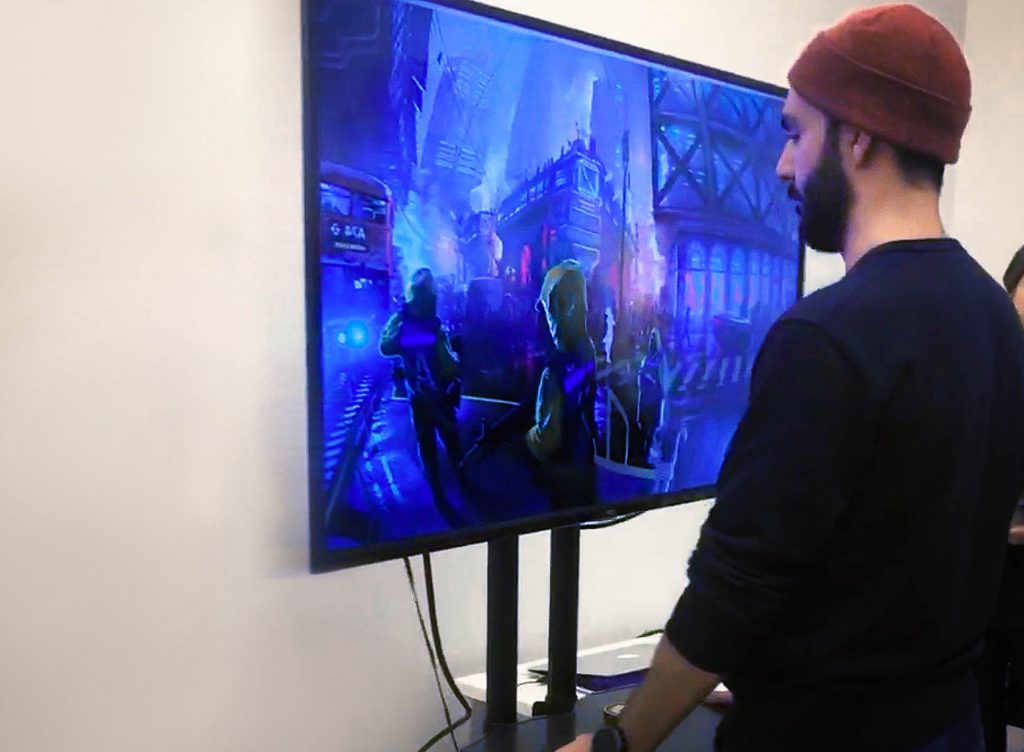 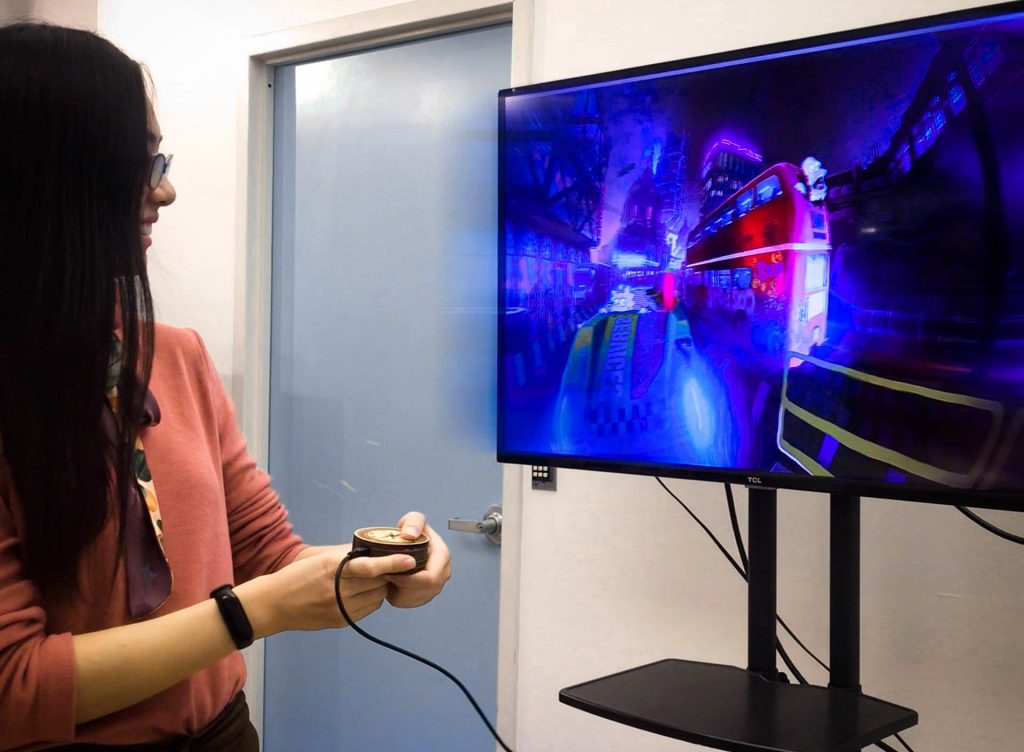 “The Compass” is an experiment that uses interactions with a faux compass in the physical space to navigate in a virtual 3D environment. The exploration leverages affordances of a compass such as direction, navigation, travel to intuitively steer in a virtual realm. It closely emulates a VR experience sans the VR glasses.

Participants position facing the screen and rotate the handheld compass to traverse in an environment on the screen in directions mimicking the movement of the physical interface. Participants can turn the device, or even choose to turn around with the device for subtle variation of the experience. This movement influences the 3D sphere on the screen to rotate, creating an illusion of moving in the virtual space itself. The surface of the 3D sphere is mapped with a texture of a panoramic landscape. The landscape is a stylised city scene of crossroads bundled with characters, vehicles to compliment the navigational theme of the experiment.

As a variation to the original concept, I embedded characters in the scene that participants need to search for. Thus, tapping into the ‘discovery’ affordance of the compass creating a puzzle-game experience.

As a 3D digital artist, I have always been interested in exploring the possibilities of interactive 3D experiences in my practice. The introduction to processing opened doors to accessing the ‘interactive’ part of this. I was then keen on playing with the freedom and limitations of incorporating the third dimension into processing and studying its outcomes.

One of my future interests lies in painting 3D art in VR and making the interactions as tangible as possible. I am greatly inspired by the work of Elizabeth Edwards, an artist who paints in VR using Tilt Brush and Quill, creating astonishing 3D art and environments in the medium. I was particularly fascinated by her art piece in VR called ‘Spaceship’ which was 3D painted using Tilt Brush. I posed myself with a challenge of emulating this virtual experience, and controlling it with a physical interface which was more intuitive than using a mouse.

It had to be a physical interactive object that helps you look around mimicking a circular motion. Drawing parallels in the real world, I realised the compass has been one of the most archaic yet intuitive interfaces to finding directions and navigating in the real space. Hence decided to leverage its strong affordance and compliment the visual experience of my project. While building on the interactivity, I realised how easy and effortless it became to comprehend and relate the virtual environment to your own body and space from the very first prototype. And even more due to physically controlling the object with an intuitive handheld in real space. 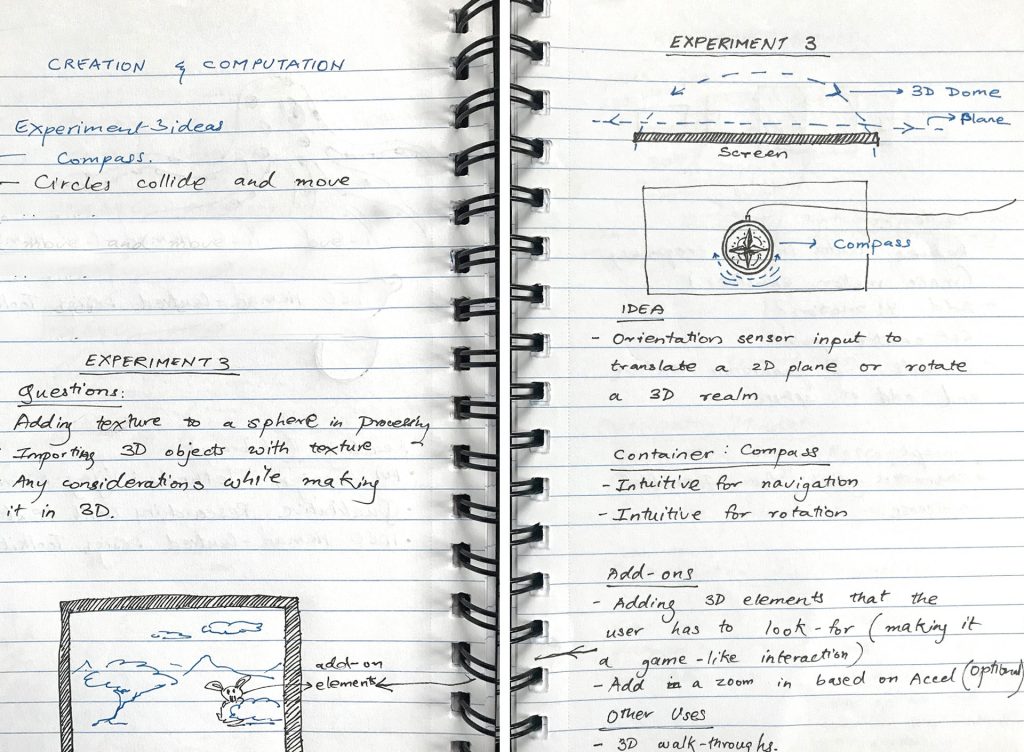 Studying about the gyroscope and sending its data to processing filled a crucial piece of the puzzle. It helped me utilise the orientation information with simple, yet very useful lines of code to bring in the anticipated interaction to a T. 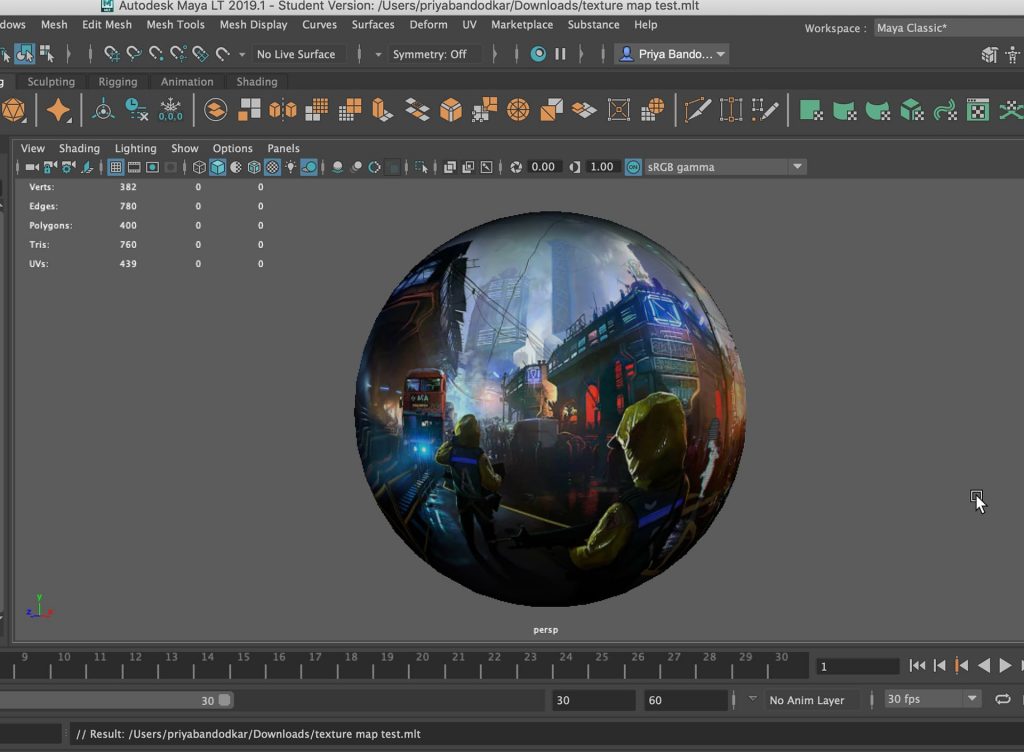 I studied VR art installations such as the ‘Datum Explorer’, which created digital wilderness using a real landscape, that concluded to a non-linear storytelling using elusive animals. This elicited the idea of incorporating identifiable characters in my 3D environment to add an element of discovery to the experience. I looked up for games that were based on similar concepts such as ‘Where’s Waldo?’ to calibrate the complexity of this puzzle-game idea. I used six characters from the Simpsons family and embedded them using a glitching graphic effect, thus hinting that they did not exactly belong in the scene, and hence needed to be spotted. 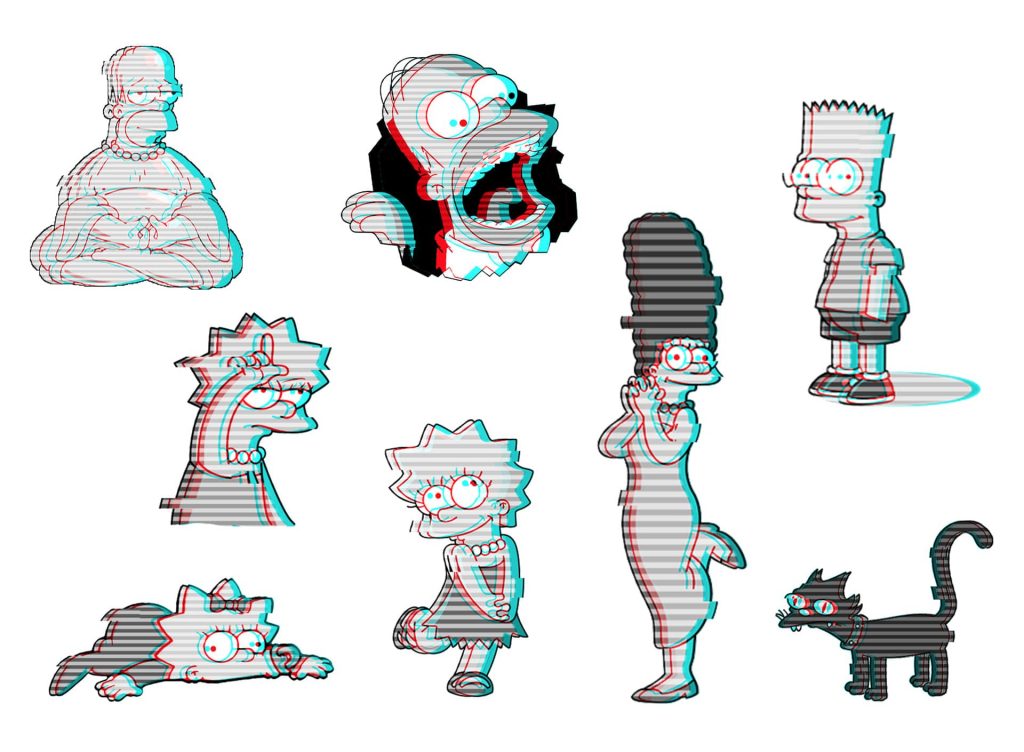 To leverage the affordance of the compass, it was important to make it compact enough to fit in the hand and be rotated. I was able to achieve this by nesting the microcontroller on a mini-breadboard within the fabricated wooden compass. I stuck to the archaic look for the compass to keep the relatability towards the design intact for participants. While incorporating the puzzle-game aspect, I realised the design of the compass can be customised to hold clues related to the game. But I decided to let go of that in this version, as the complexity of the six-character puzzle was simple and straightforward enough for participants to solve. 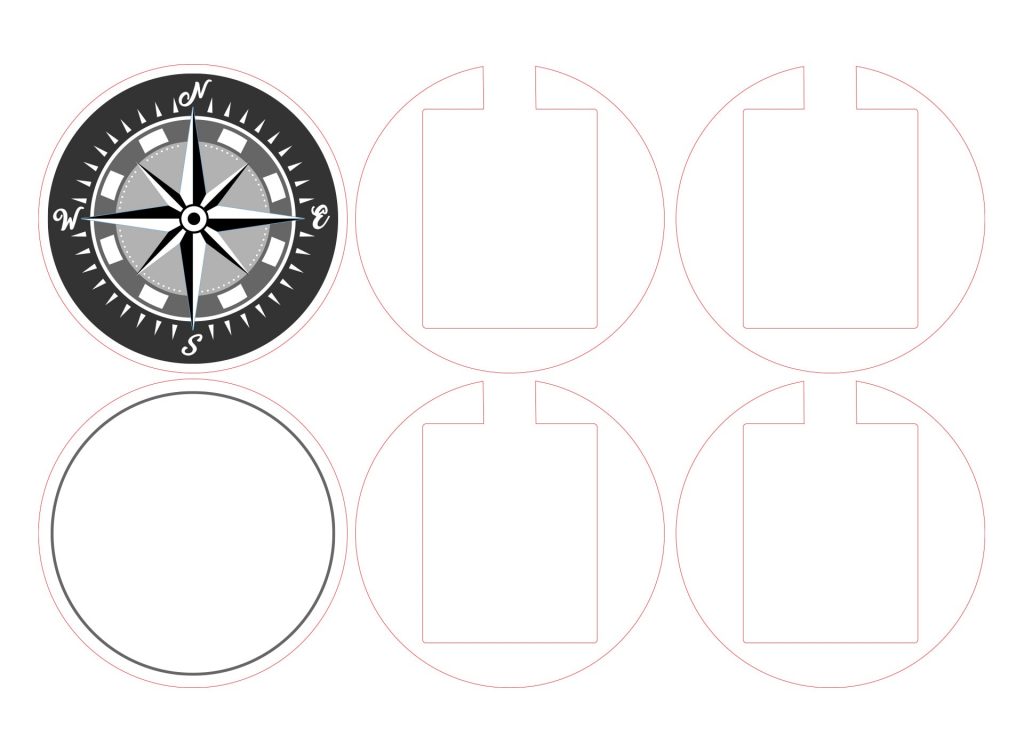 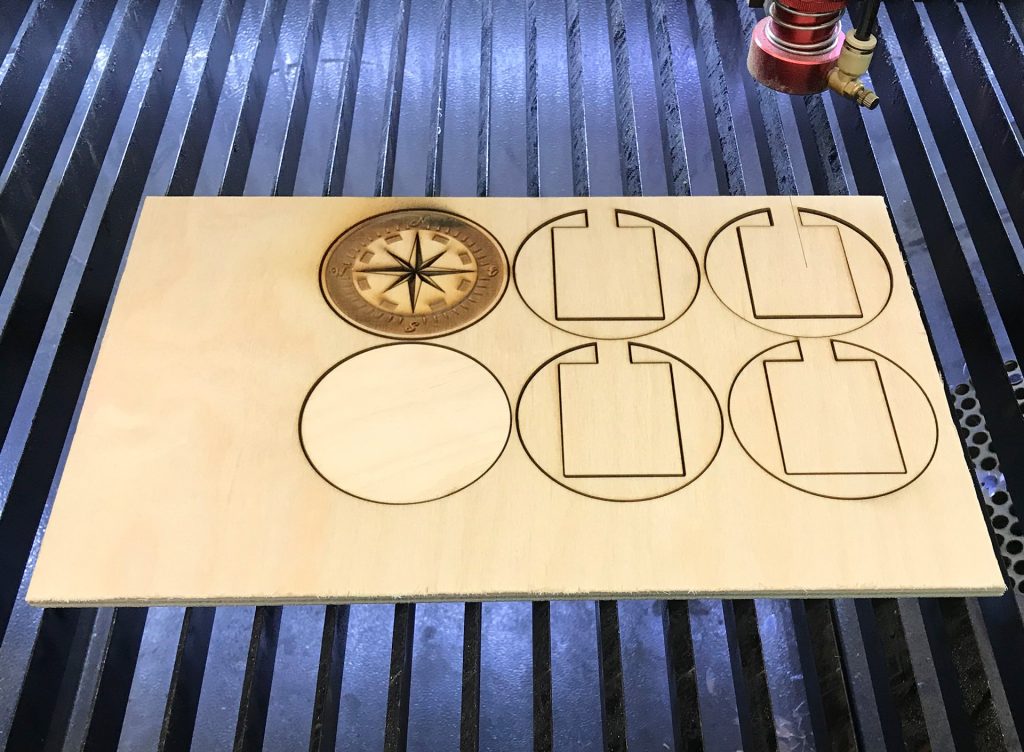 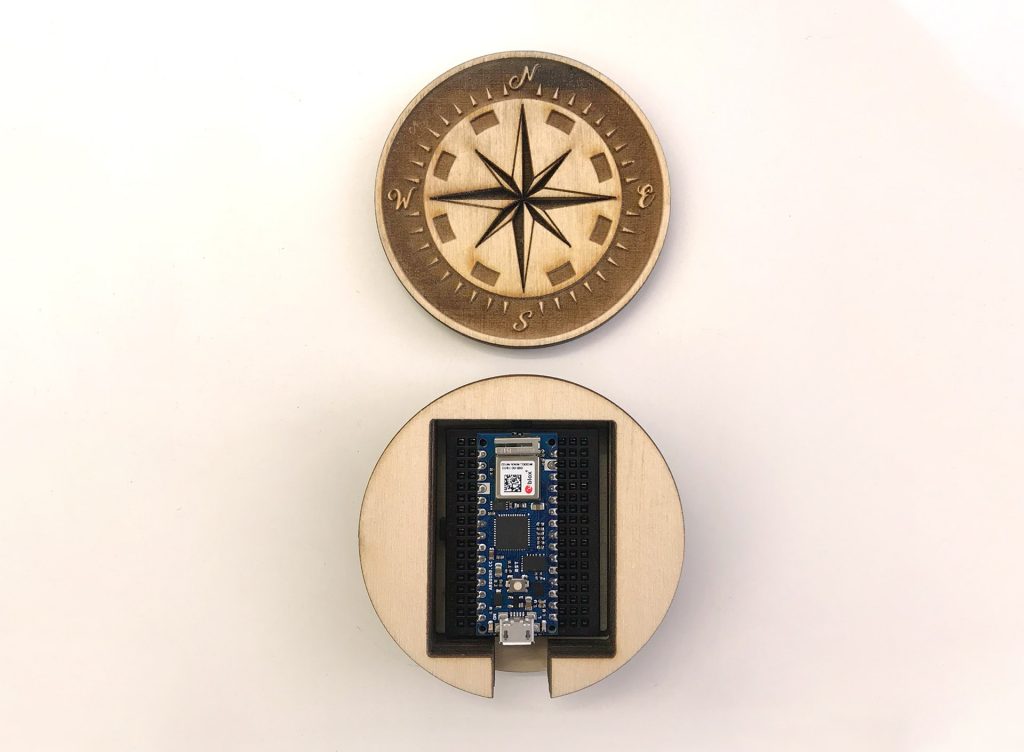 To conclude, the interaction with the compass in the physical world to control a virtual 3D environment came about intuitively for participants, and was successful. Some interesting interactions that came up during the demo, were when participants decided to turn around with the compass held in hand, and also when they placed the compass near the screen and rotated the entire screen to experience the emulation of ‘dancing with the screen’. The experience was also compared closely to resemble VR, however without wearing the VR glasses, making it more personal and tangible.

This is an exploration in continuum that I would like to build on using the following: