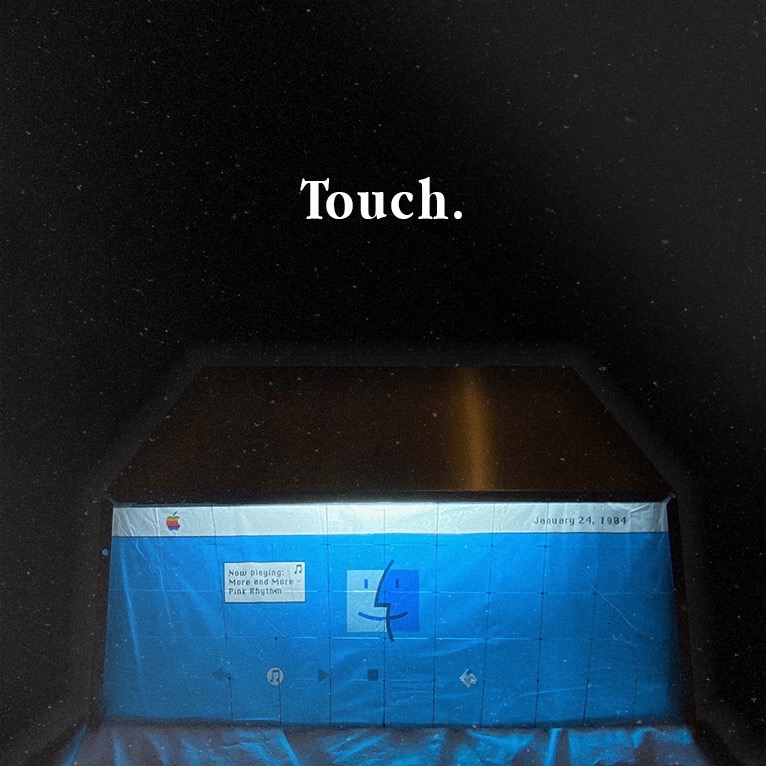 Touch is a Arduino and processing project that creates a simple computer with a touch interface.

The initial goal was to find ways to combine Processing and Arduino in a single interactive medium. The project is a touch screen using conductive paint, glue, and wires. A 10×5 grid was cut into an acrylic sheet which acts as the conductive circuit within the screen. While the initial dimensions were simple, a much more complex grid can be built upon the current version. An Arduino Uno and the CapacitiveSensor library are used to register touches via the grid. The data is then sent to Processing which performs the visual actions that creates the illusion of an operating system. The screen is created using projection onto the acrylic panel, where icons and features are mapped to the grid using MadMapper. 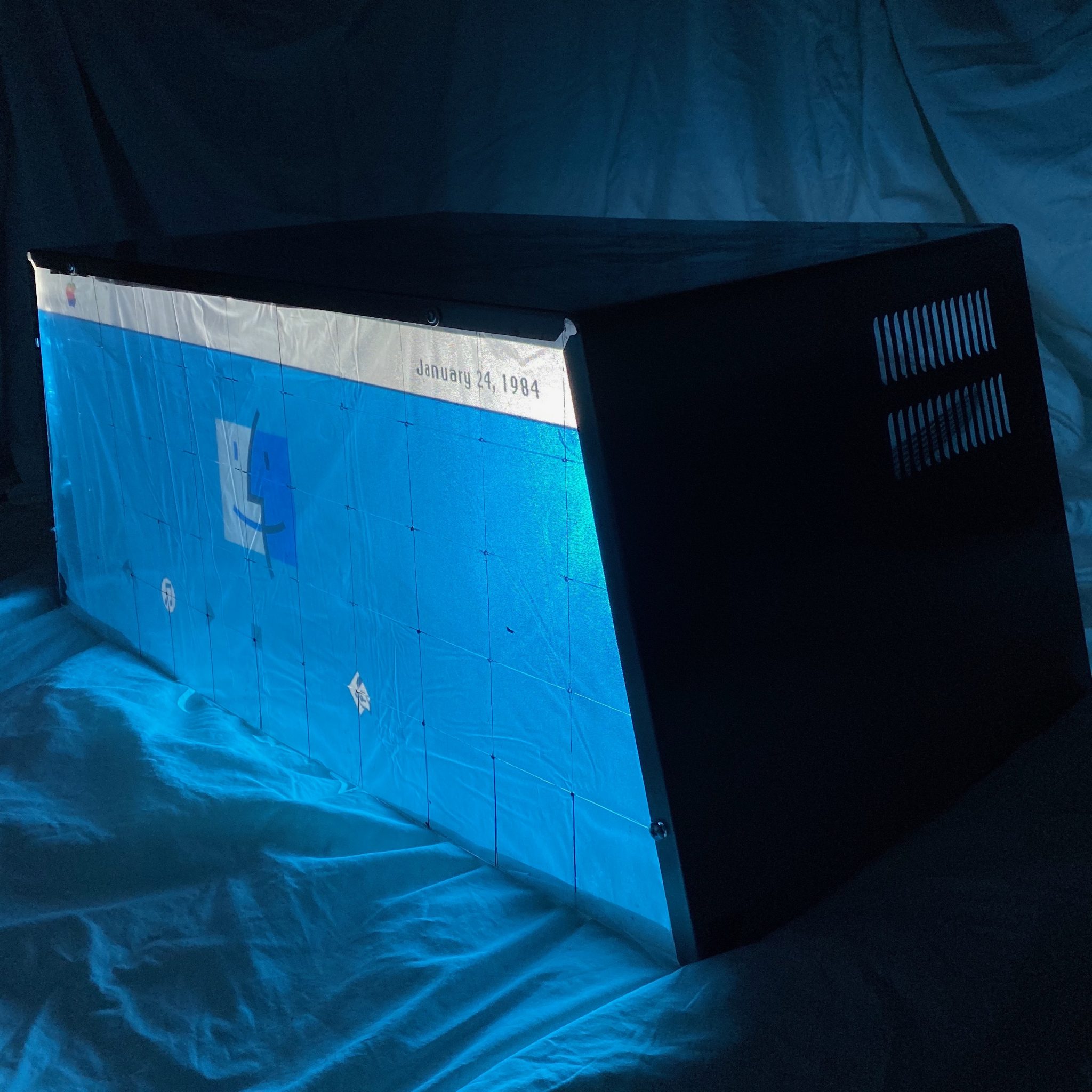 Touch screen technologies were researched to develop ways to combine Processing and Arduino. The most attractive was using infrared touch frame around glass. The hardware for this method of touch screen, a contact image sensor, can be sourced from an average house hold printer. While this would be a visually clean method of sensing touch, a capacitive grid was chosen in favour for simplicity and time constraints. In capacitive touch, sensors have an electrical current running through them and touching the screen causes a voltage change. This sends a signal to a receiver  and touch is registered within software. 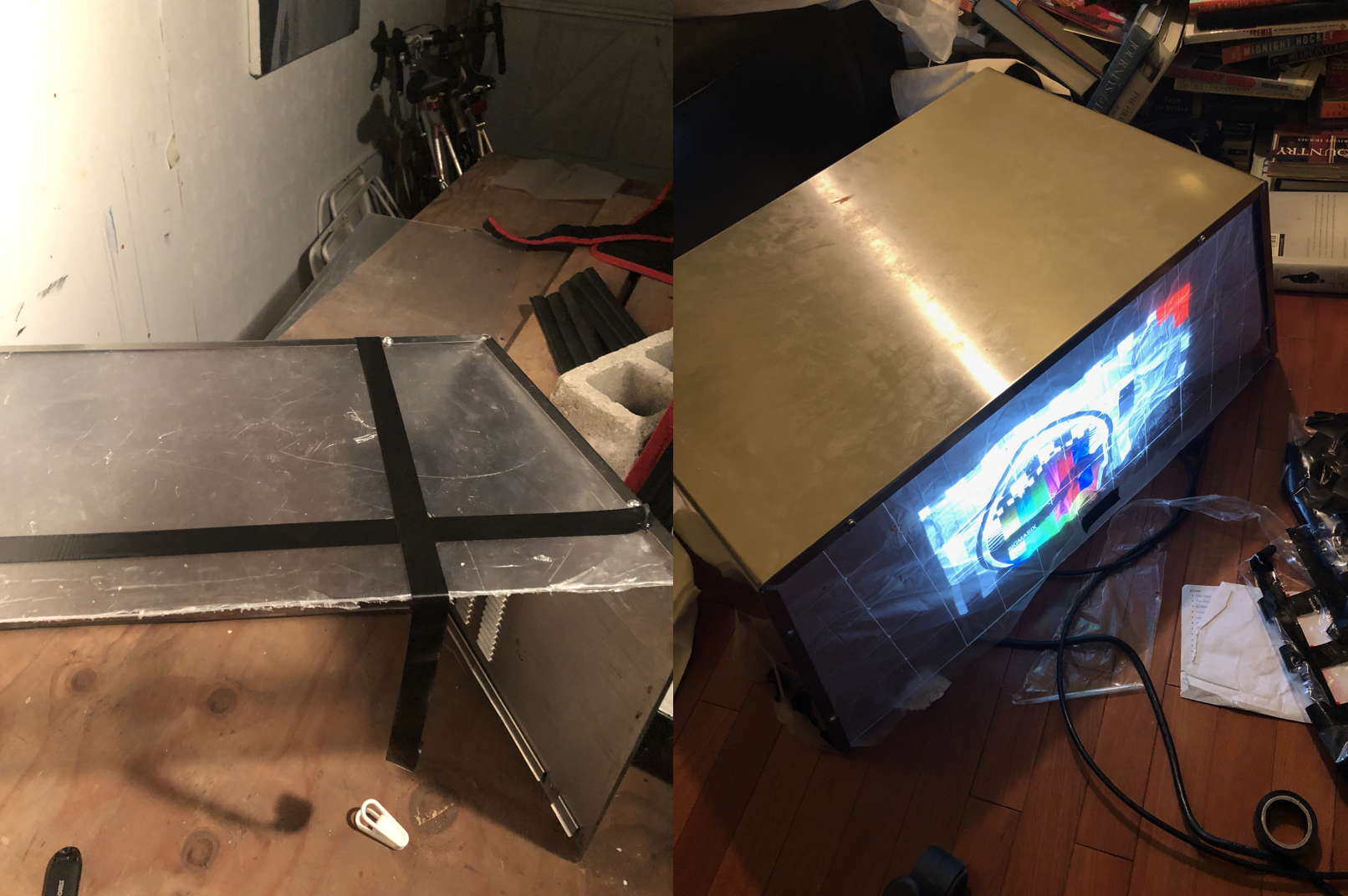 The frame of the computer is sourced from a broken microwave, gutted of internal components. Different screens and casing shapes were tested, the setup and size was selected as it was the most adaptable for future expansions on the machine’s function. A large size helps improve screen resolution while back projecting on translucent material.

The code was created using Paul Badger’s CapSense library. Each sensor connects to two digital inputs on the Arduino. The send pin connects to a 1M ohm resistor which connects to the receive pin. Between the receive pin and the resistor, the sensor is connected. Multiple sensors can share the same send pin, which will help when scaling the number of functions on an Arduino. 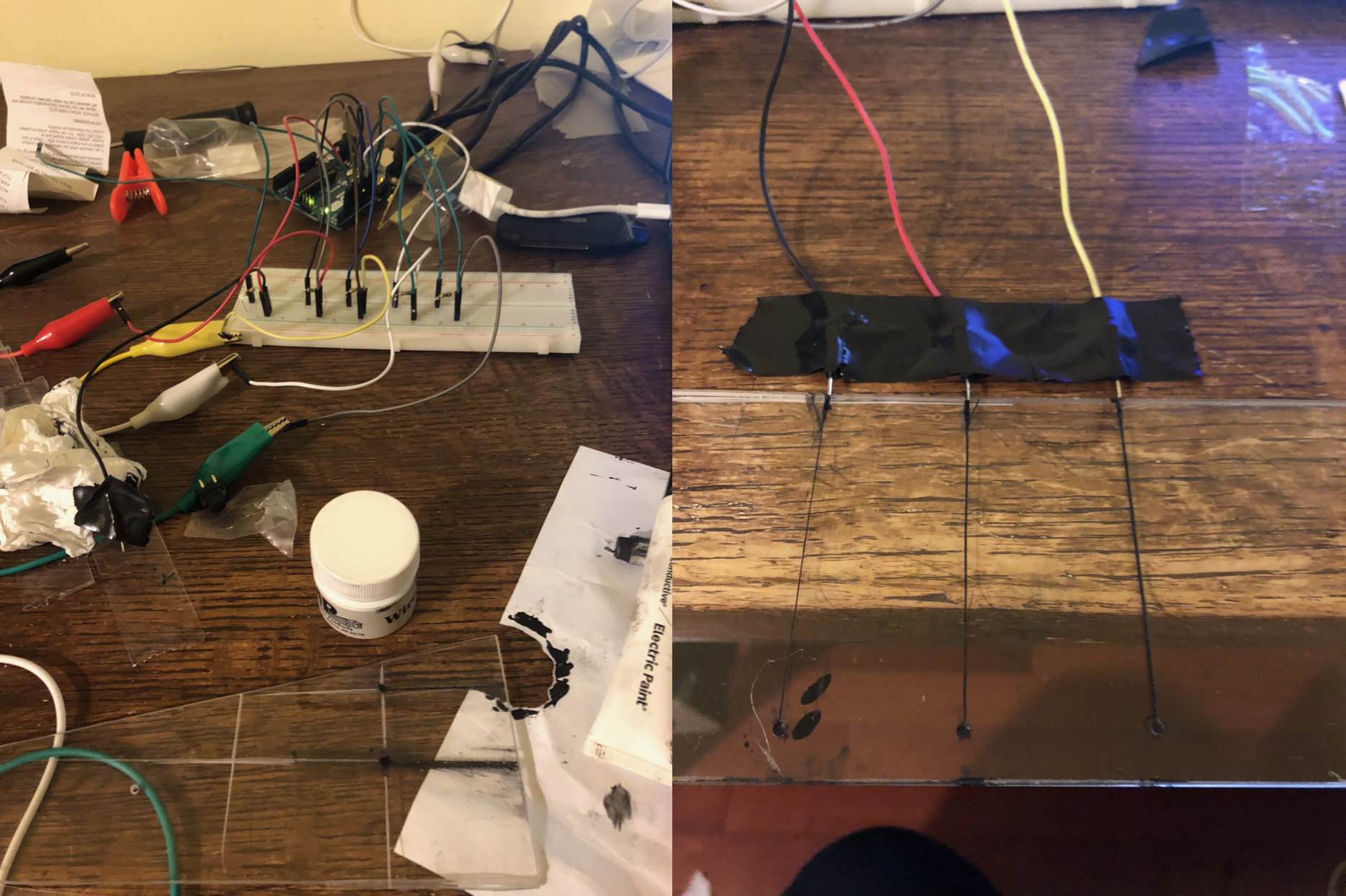 The Processing side of the software is based on reactive images to the touch input. Images were mapped out to the grid using the Syphon Processing library through a projector via MadMapper. MadMapper facilitates organizing the layout, removing the need for precise calibration within Processing in regards to image location.

The style direction was based on the original Macintosh for it’s simplicity and colours. The point of basing the design off a real operating system was to add to the illusion of a fully functional computer. The current build features an audio player with a play and pause button, a simulated paint program, and a return to home function. 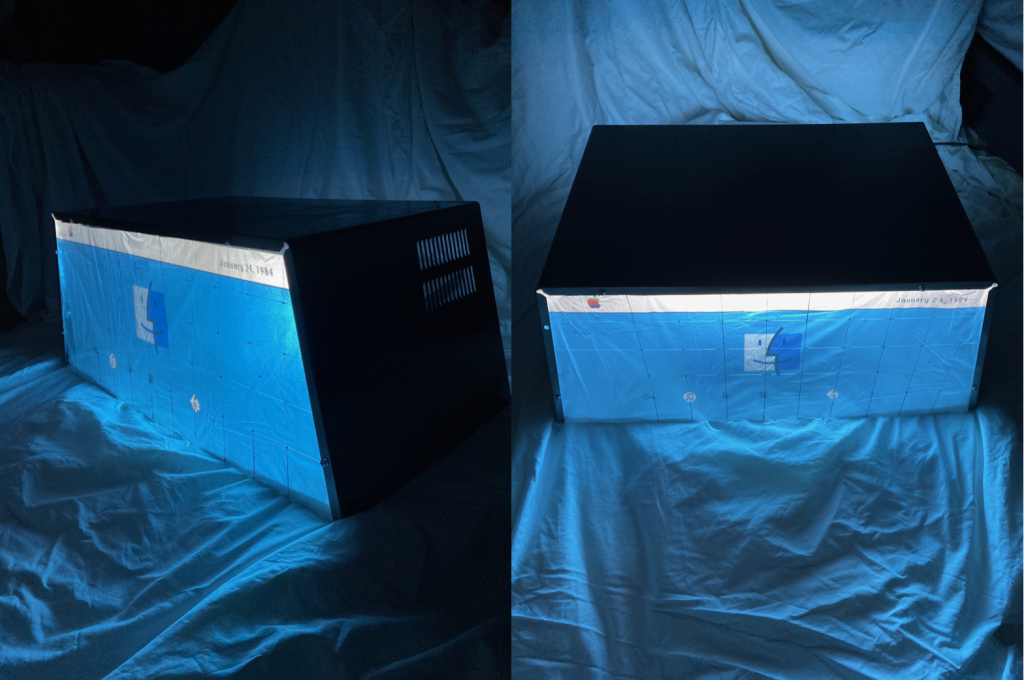