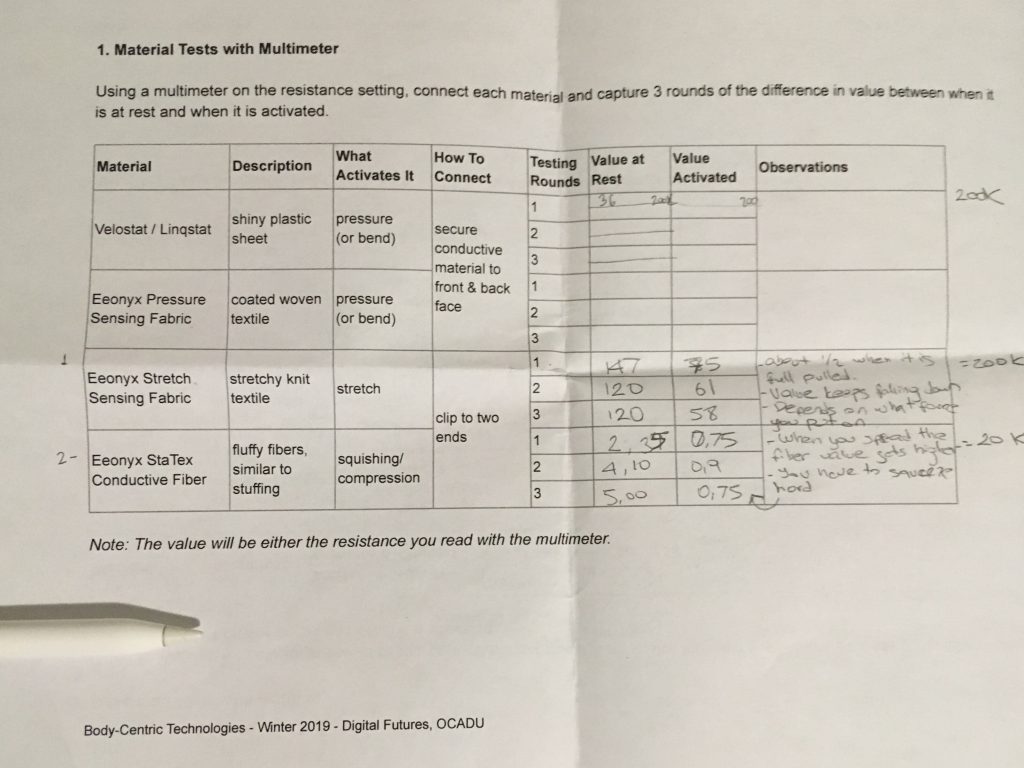 2- Results from Arduino testing (all with 1K resistor)

I generated a concept for called “finger scanner”. Despite its name, it does not scan your fingers but measure the strength of your fingers. It can be used just to measure your strength or to exercise and strengthen your fingers or just for fun or stress reduction. I thought it can be used by people with arthrosis or paralysis. I know some people with some of the genetic disorders may have low strength on the fingers and it is an issue for these kids’ motor development in order to keep up with their peers. This interactive product can help them to have better grip.  You can see the concept images below. 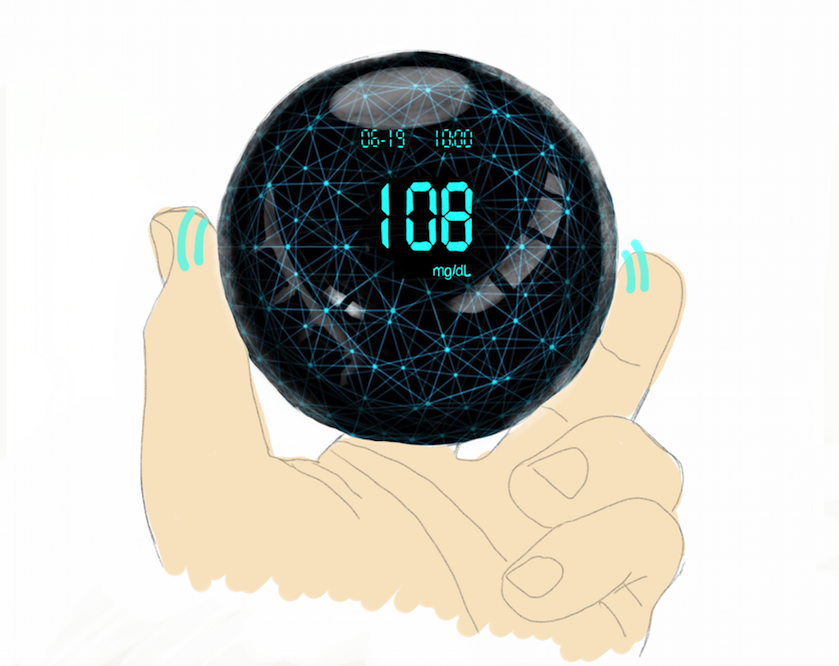 It may also be used with a plastic case to make it easier to hold. 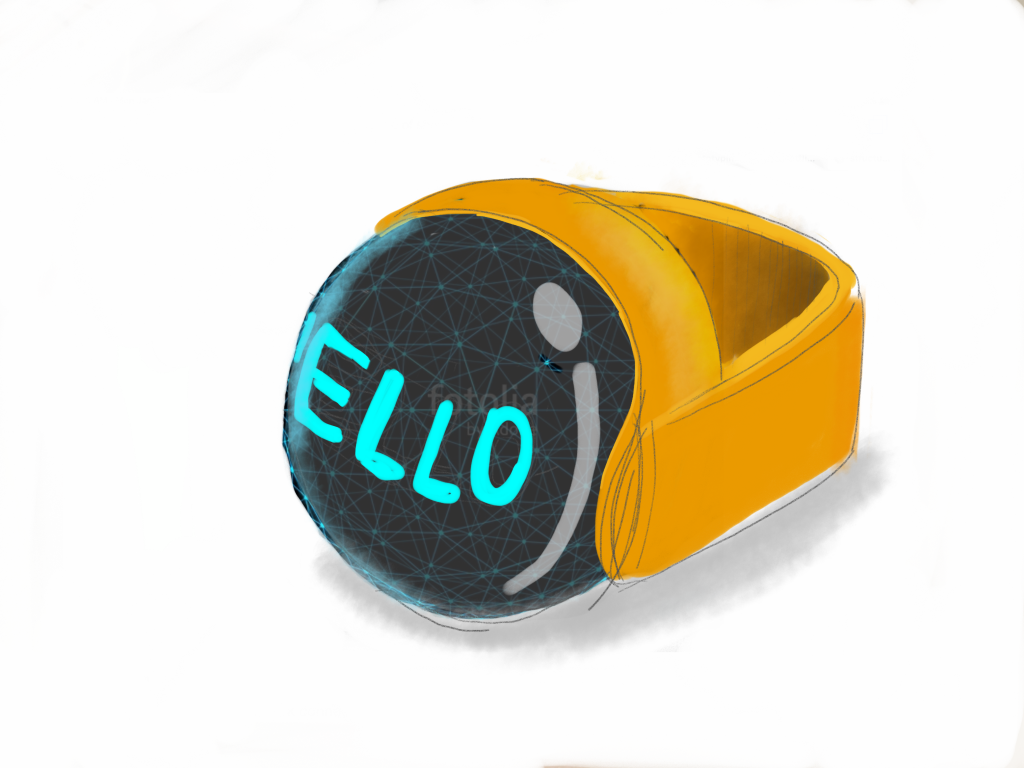 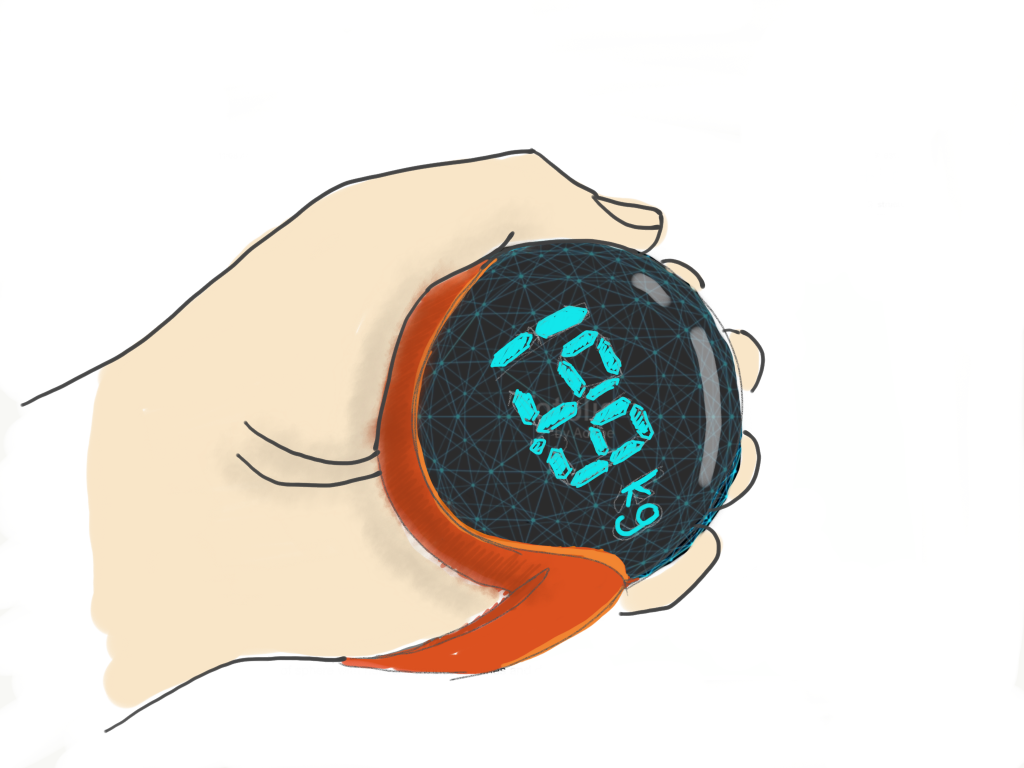 Strategy: My strategy was to make a sensor in the middle of the ball using the resistor material, velositat. I placed the velostat between nonconductive material pieces. It is basically button and pressure sensor in the ball. It registers as you put some pressure on the ball. Because the ball is full (polyurethane) it reflects the pressure onto the sensor. It connects to Arduino and it shows the data of your pressure. Data is recorded to detect the strength by time as well. 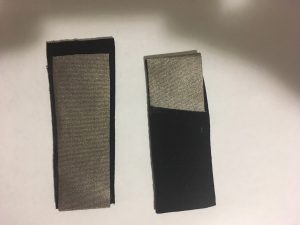 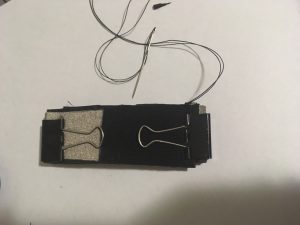 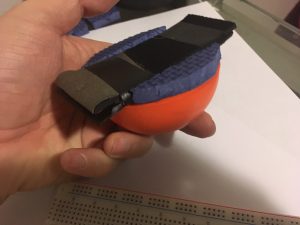 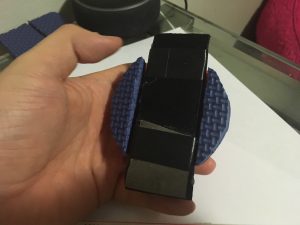 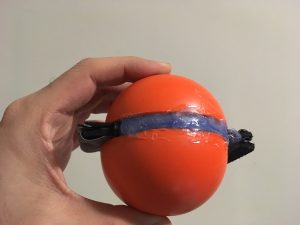 I cut the ball in two and placed the sensor between two pieces. I added two polyurethane pieces to stop the two half pieces of the ball pressing the sensor. I glued the ball’s pieces, polyurethane pieces and sensor together. After that,  It looked like a ball again. It was ready to connect and be tested with Arduino. 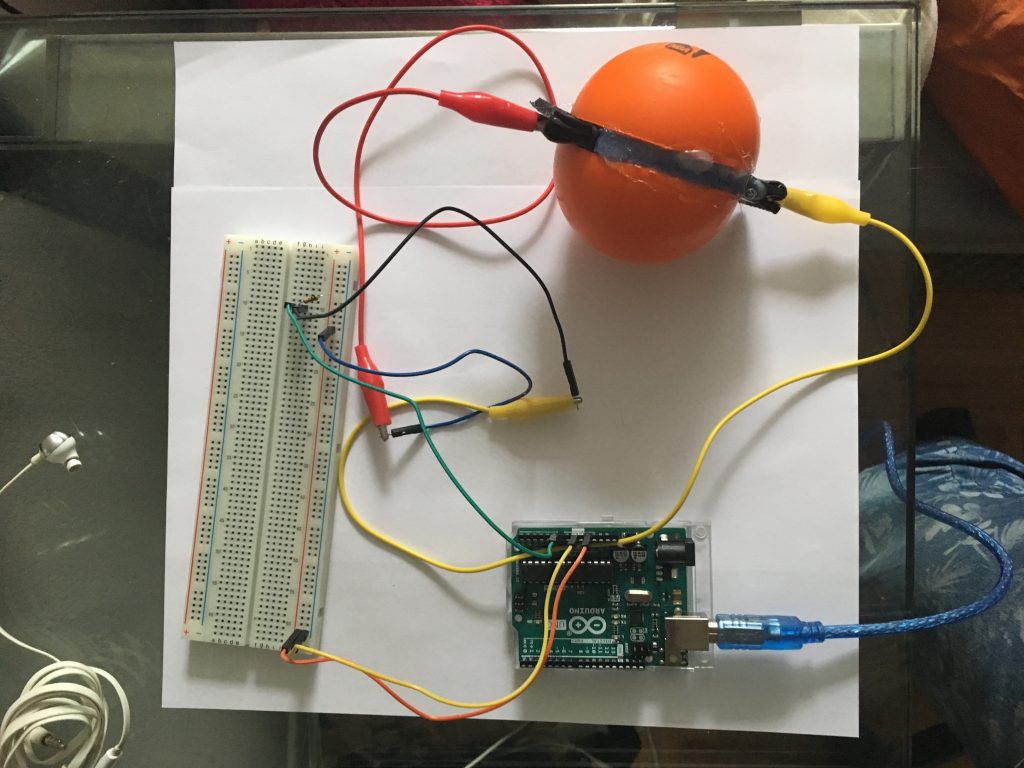 I wrote the code and uploaded the code inside the Arduino. You can see the code up, and reach the doc here. 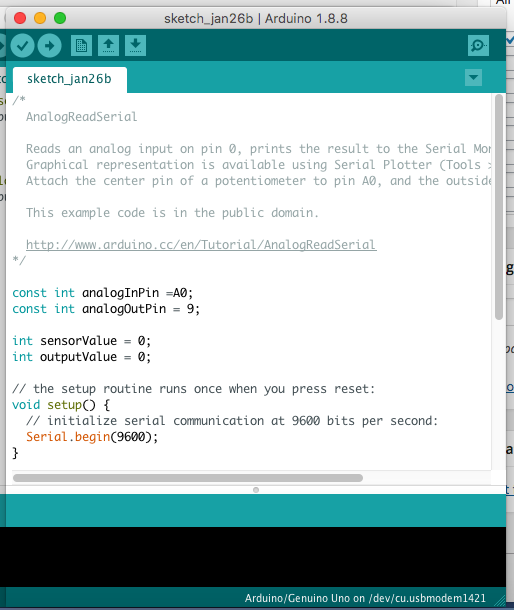 You can see the other settings in the images below. 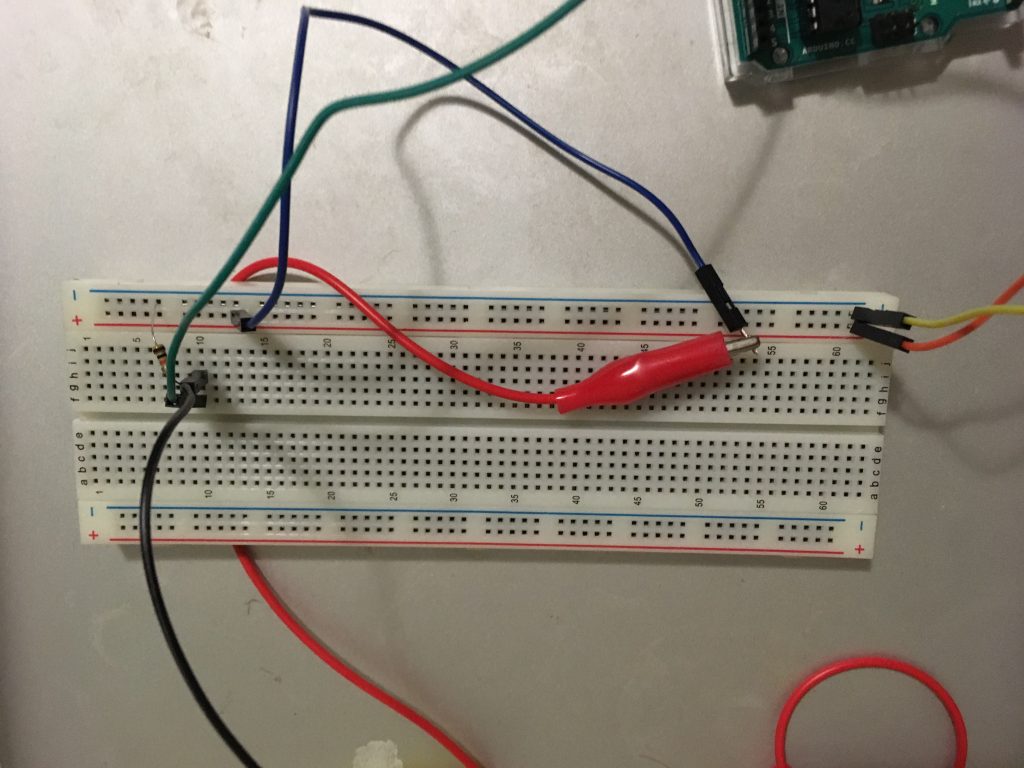 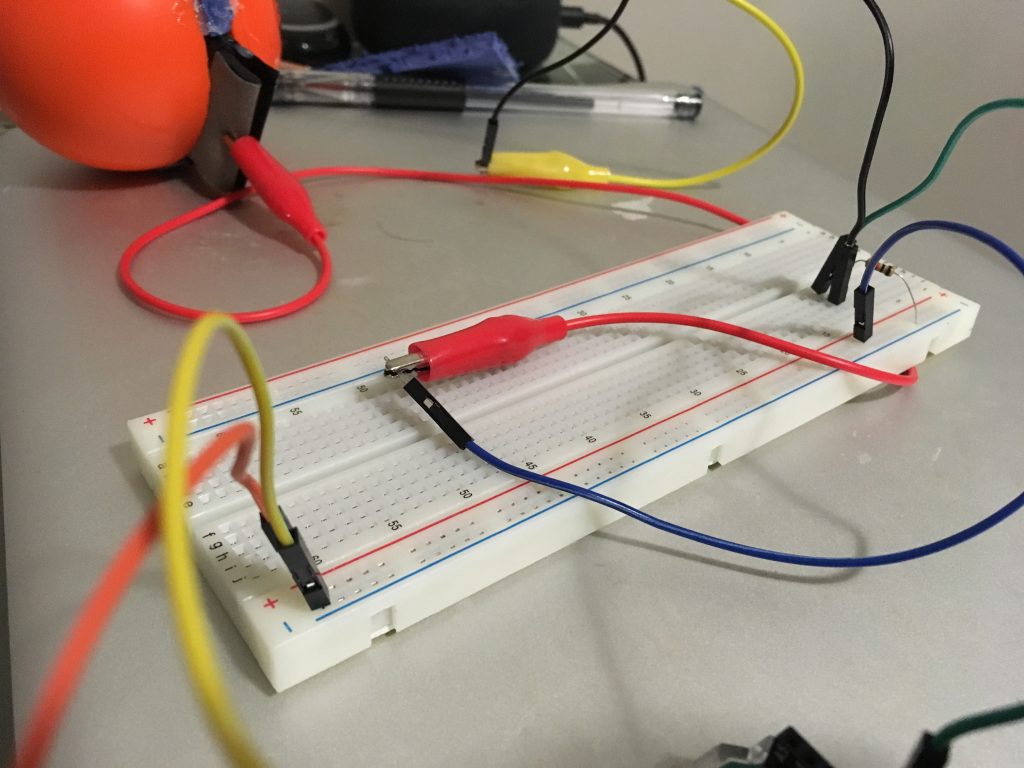 I could get data after I set the whole system. 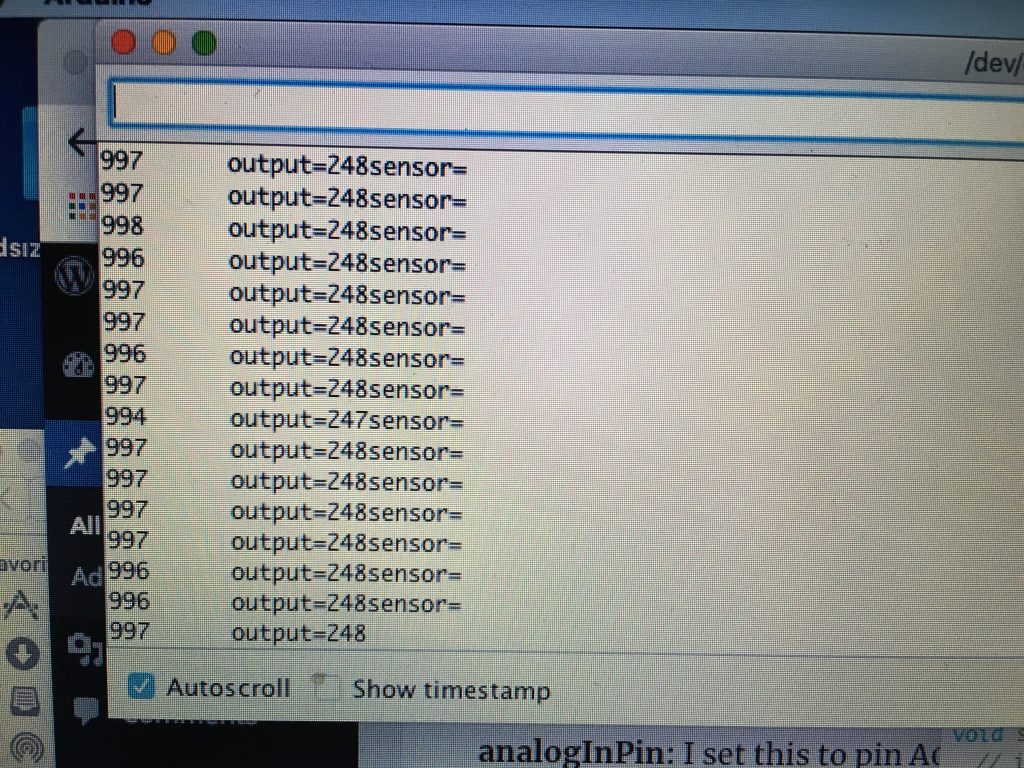 You can see the video to see it is working.

It is my first time using Arduino. I need to practice it some more. I followed a tutorial to build the system for this time.

After making the sensor, I placed it inside the ball. I did not cut it into two at first in order to keep in one piece.  After activating Arduino I realized that value was not changing. I realized that the ball was making a big pressure onto the velostat already. Therefore, I cut the ball and added two pieces of polyurethane foams in order to stop the pressure done by the ball.  Then, I glued them together.

Values were not zero because of the pressure on the velostat done by covering eenoyx pieces and stitches holding these pieces together. Even after I loosened the stitches the high values did not change so much.

The highest value was 1023, and somehow I could not change the make it higher with coding in Arduino.

Information sources:   I used the tutorial “Analog serial sketch” at the link below. I find this website very useful.  http://arduinotogo.com/category/chapter-6/