This week was an intro to pressure and stretch sensors. There were 2 techniques that we covered in class, the first was clipping fabric and fibres with alligator clips and extending the textile to create resistance. The second technique was to create a ‘sandwich’ textile tool to hold resistant materials that will allow more current to flow once pressure is added.

After class, Veda and I thought it would be cool to create sensors that go into a persons shoe. Here are the steps we went through to build this prototype.

Step 1: Understanding the Materials
(Tests with Multimeter and Arduino)

In class, we all received a bag of goodies, many pieces of fabric and fibre to show the resistance of a textile. So the testing began, we tested everything. We tested stretch fabrics, a grey cotton ball thingy and more black materials. Each material created resistance in different fashions so we began chatting about different opportunities that these affordances could be leveraged. Some materials offered quite a bit of resistance and others not so much, it was fascinating exploring the materials in this fashion.

Next came ideation, what kind of sensor should we create. Light up shoes are fun for all ages, and we wanted to try making a pair ourselves. We chatted through the placement of the sensor, should it be under the heel or under the toes? The interaction for a sensor under your toes would be different than a sensor under your heel. We step heel/toe, and quite a bit more of pressure is pushed through the heel. Since the sensor was going into a shoe, it made the most sense to use a pressure sensor rather than the stretch sensor. Off we went… 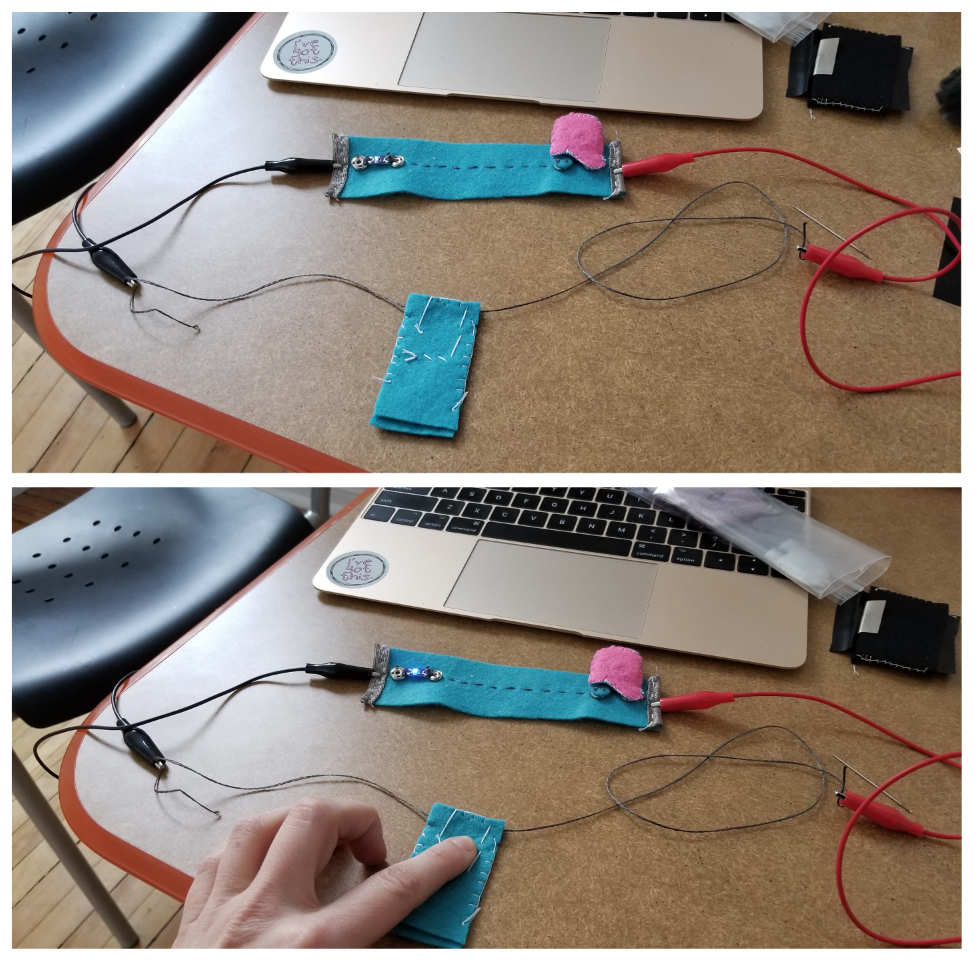 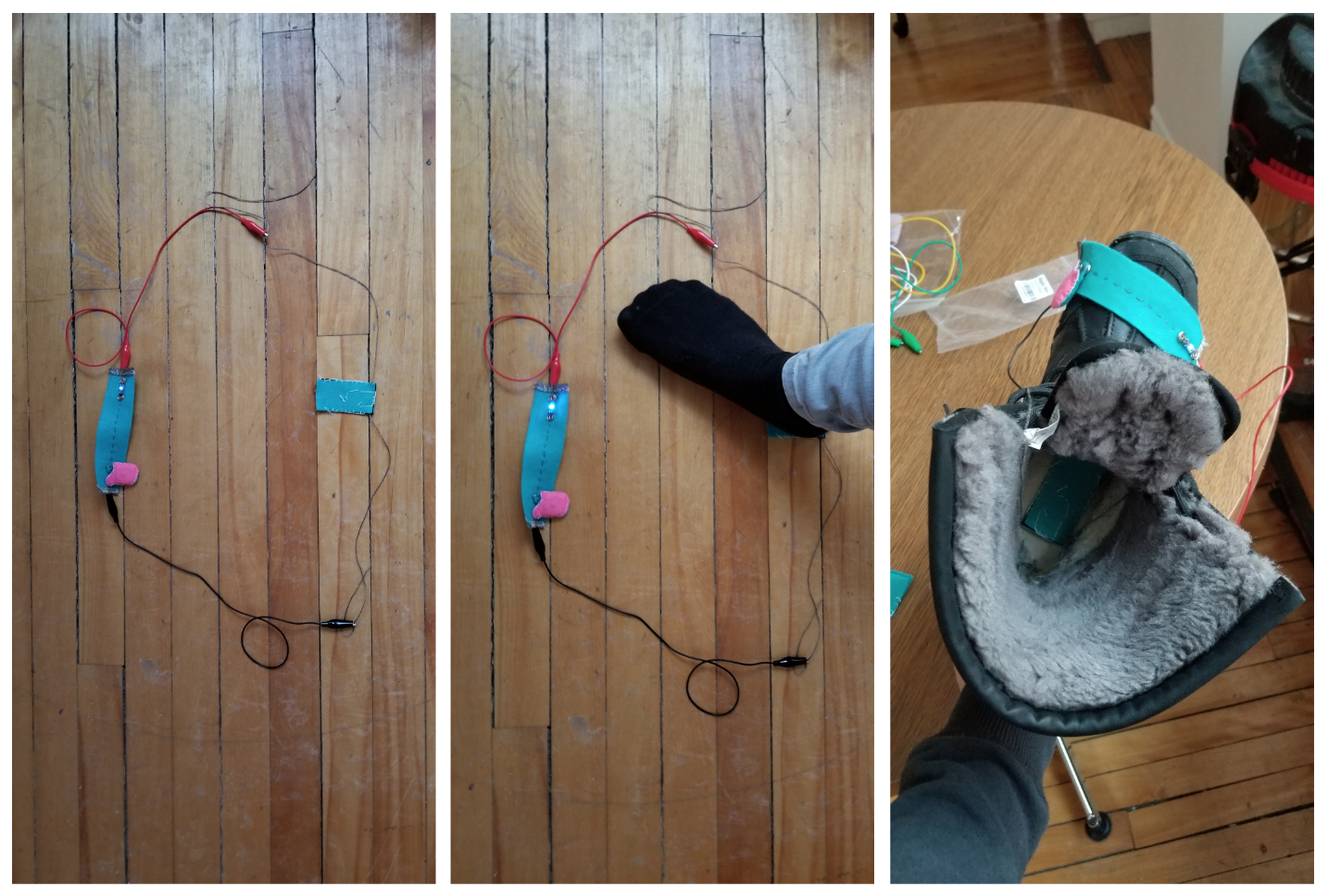 Reflection and Learnings:
This was an enjoyable exercise. Now that this exercise is completed it easy to see the simplicity in what we created but it is also phenomenal that current can be altered through fabrics with a few simple tricks and understanding what each material can do for you. Besides taking Halloween costumes to a whole new level, we are both very excited to use sensors like this in upcoming projects.