What: A discrete pin-able patch and a bracelet

When: Can be used in everyday situations – women’s march, pride celebrations, walking down a dark alley,

Where: Pinned onto clothing or worn around the wrist

How: Sends a distress signal, perhaps with GPS location, when the bracelet is pinched or the badge is pressed. Ideally, the signal would be sent to an application on a phone that would pass the message to a designated party e.g first responders or family and friends.

Technique chosen: In the beginning I decided to either knit or weave as I wanted to create a push button controller and a pinch controller. I settled on knitting as I felt that weaving might not work for the push button and may have been too stiff. However, now with hindsight, if I were to continue with the idea of a safety bracelet, I would use the weaving technique to create the pinch controller.

Below is how I envision the push button and pinch mechanism envisioned in a wearable version of the safety badge and safety bracelet. 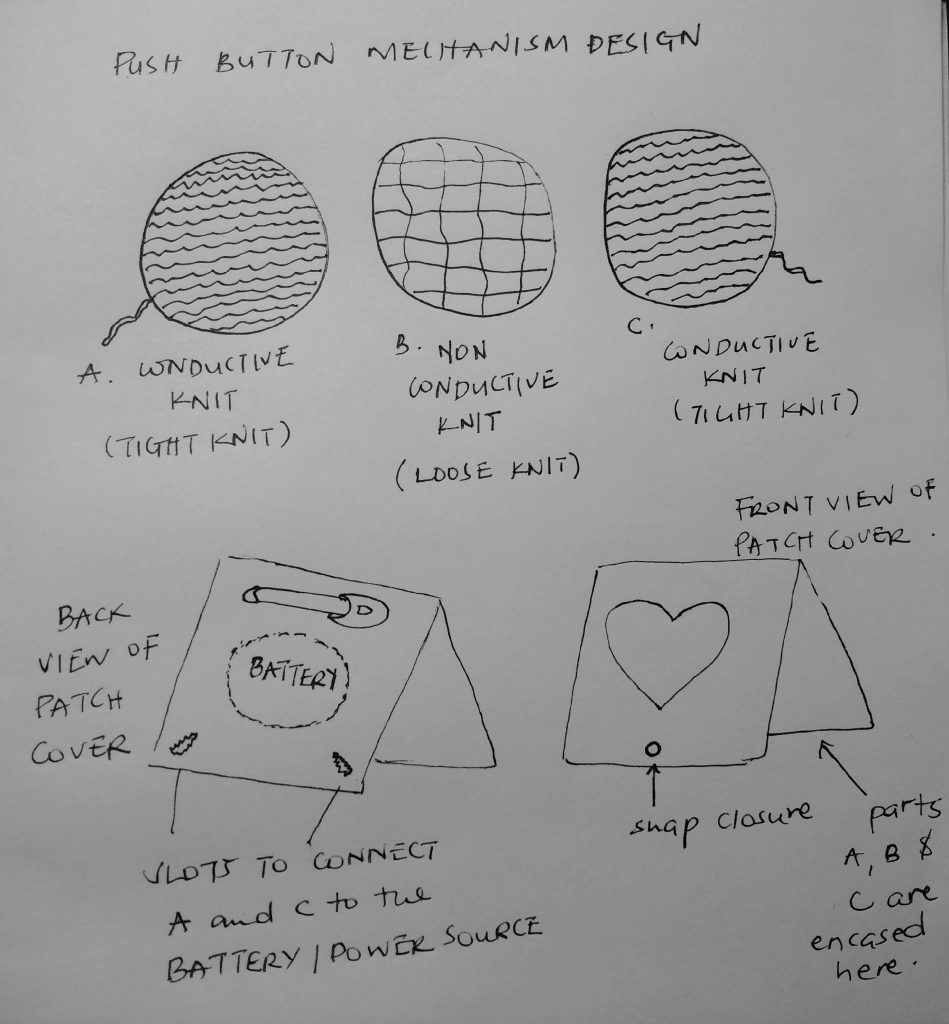 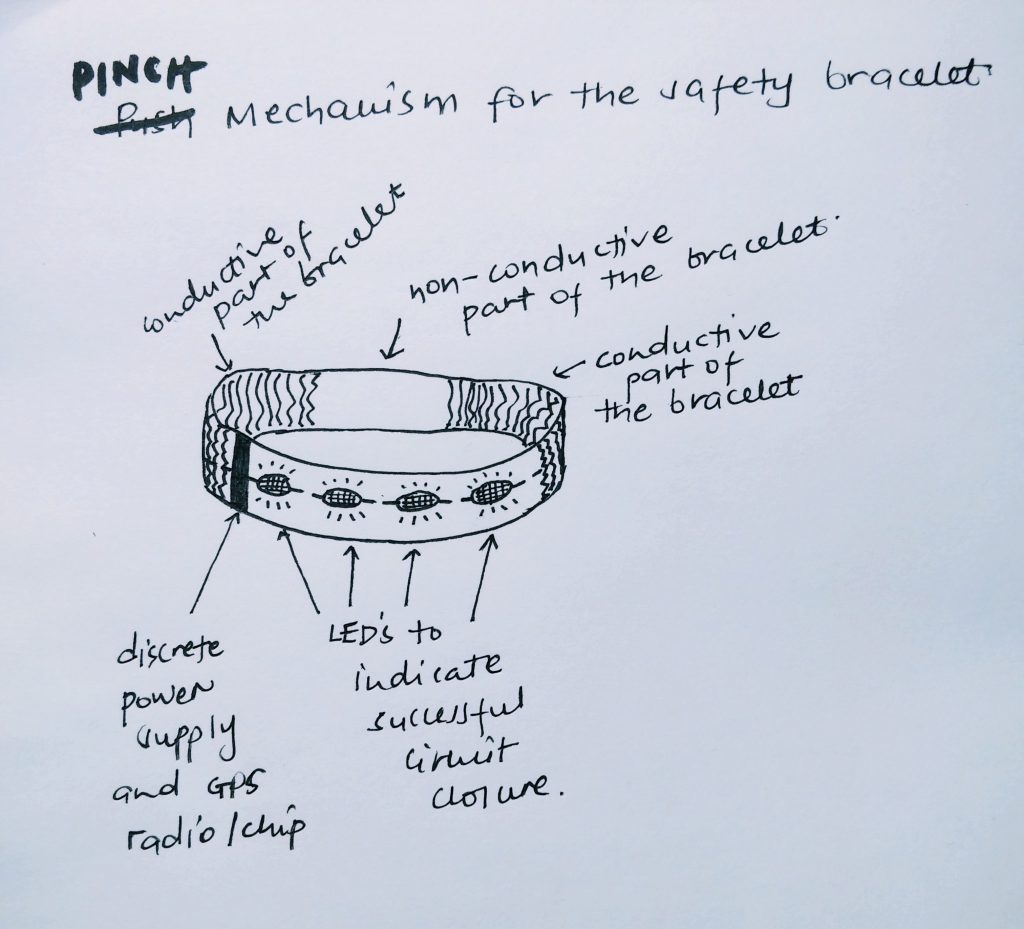 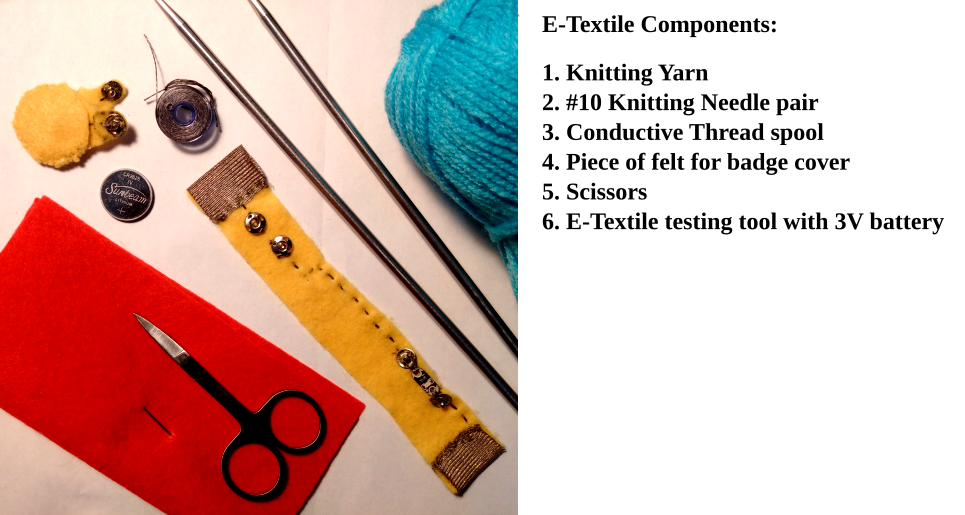 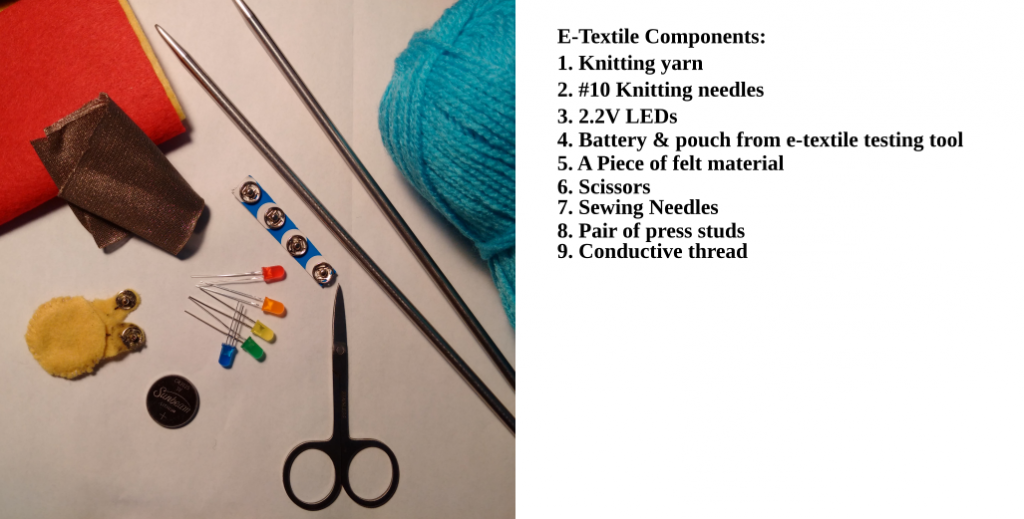 The technique of working with the LEDs and was inspired by this post.