The workspace can be very stressful for most, and often we need messages of security and reassurance to keep us going. These inspirational messages usually form part of our ambient environment in the form of postcards, or cut outs. But I believe that the experience of motivating oneself, is more intimate and private and it can be awkward to have strangers at your desk space analysing and staring at your personal messages, often asking questions that can make the user uncomfortable. The Invisible motivator aims to resolve this issue, with an ambient system that only displays messages to its user on the user’s demand at the push of a button, else camouflages with their environment. It blends into other artefacts that the user collects and displays in their personal desk space. 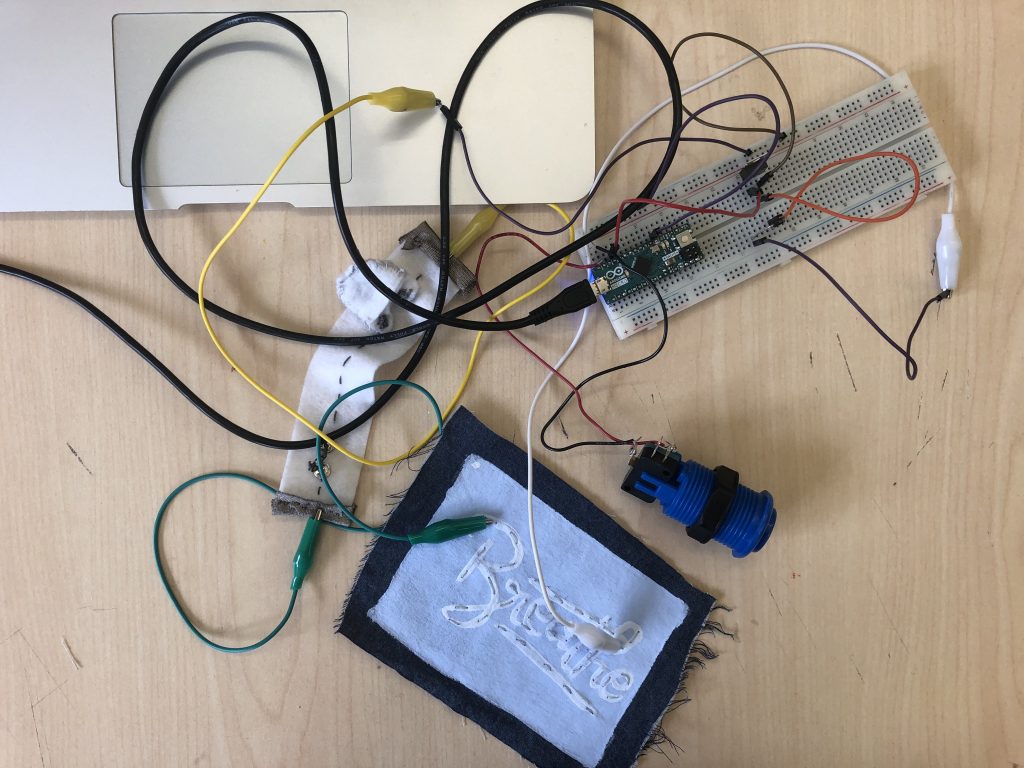 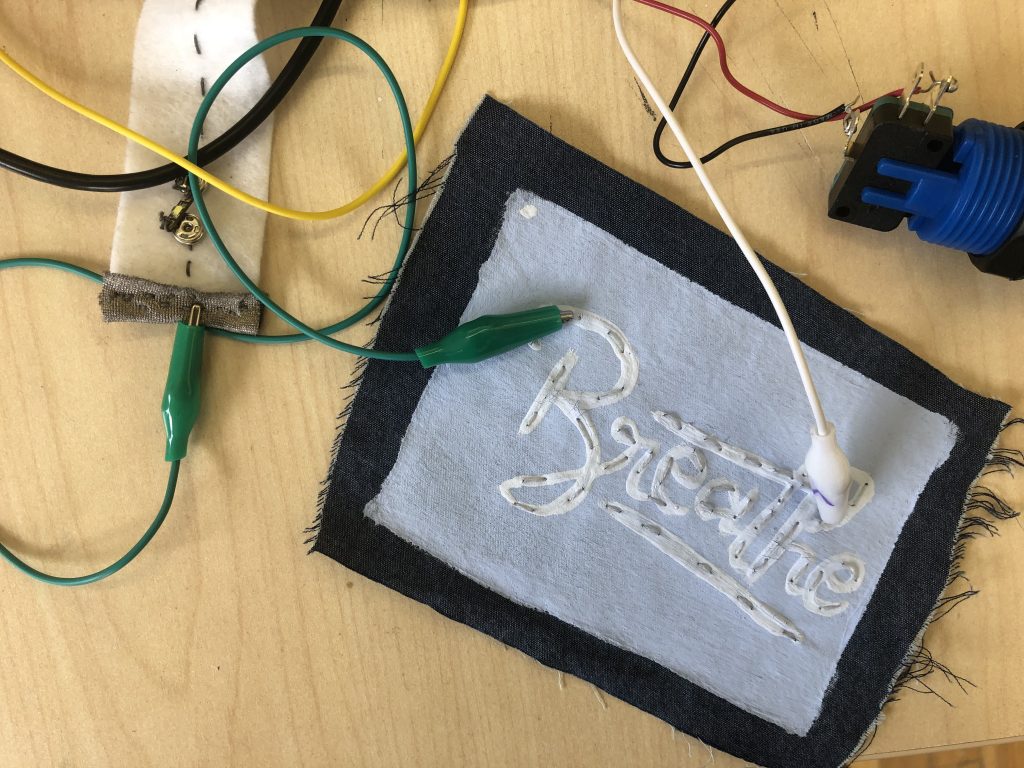 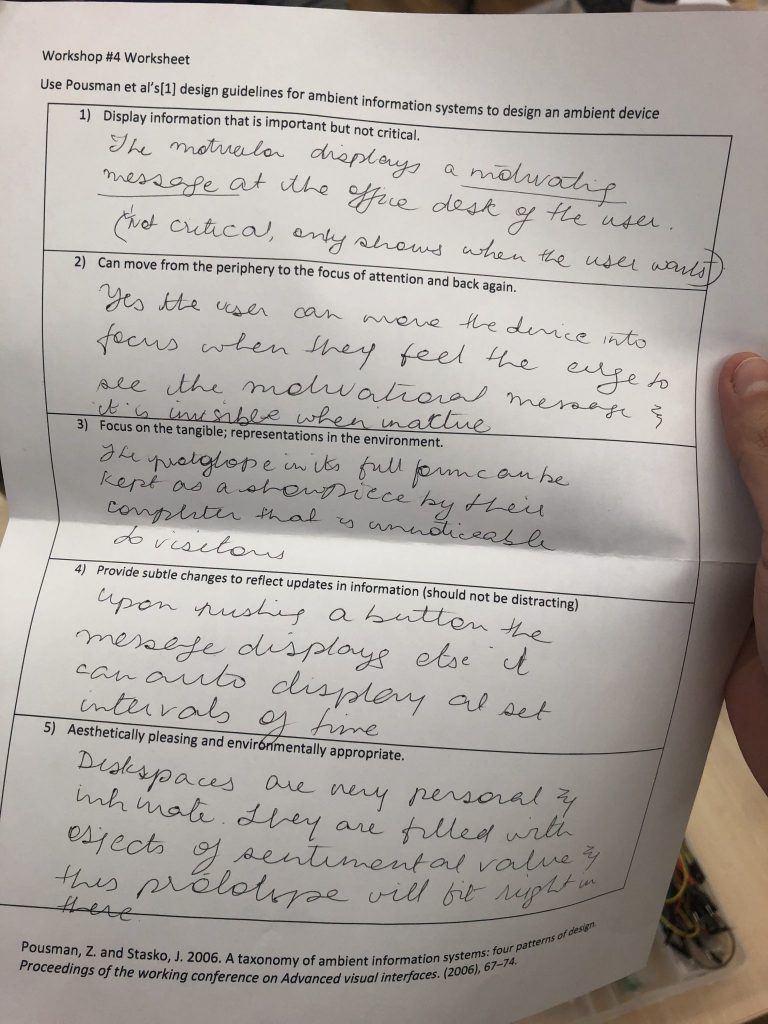 We learnt how to work with multiple forms of thermocromic pigments in class, which was an insightful process. We learnt how to make dye, paint and screen print with the medium. This helped us with using the pigment in a versatile manner. I found that these pigments are extremely useful when dealing with temperature sensitive projects, especially wearables. They can also be used alongside other devices like heat pads, as a feedback indicator.

After class I, conducted research on different projects with thermocromic inks to better understand how the medium works and what it can do.

After class I proceeded to test some of the patches we had made with two different stimuli, the first was a hairdryer, and the second was our e-textile tester with 3 batteries of 3v each, which is 9v of total power. I found that the material reacts to the extreme heat of the hairdryer much more instanteously and effectively as compared to that of the e-textile controller. 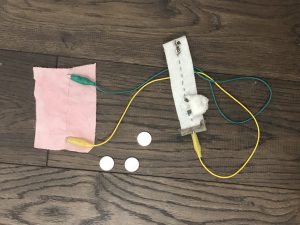 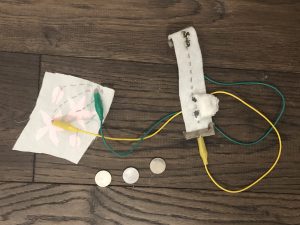 Figure 4 and 5: Testing patches at home with the e-textile tester

For my prototype I used the following materials

– Acrylic paints both white and blue

– A patch of cloth

– E-textile tester with 3 batteries of 3V or battery pack

I began my fabrication process by mixing the blue thermorcromic ink with white acrylic paint, and making a mixture of blue and white acrylic paint in the same colour. Once both the mixtures were ready I painted the purely acrylic mixture onto a patch of cloth and let it dry. This part of the prototype is the non-reactive one.

Thereafter I took the mixture with the thermocromic ink and painted a motivational word onto the patch that I had painted previously, and tried my best to ensure that it camouflages into the base. I painted 2 coats of the paint to make sure that it is reactive enough.

Once this mixture was dry, I ran a running stitch of resistive thread across the word. I ensured that it was equally distributed and aesthetically pleasing. 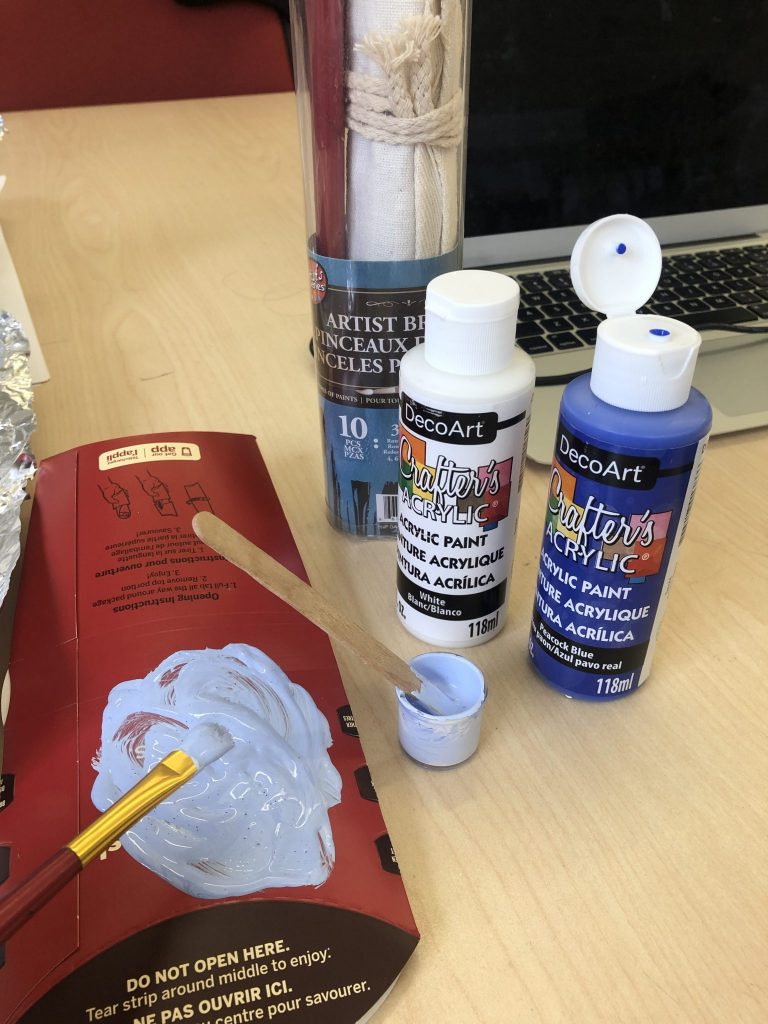 Figure 6: Mixing and matching paints (both thermocromic and regular) 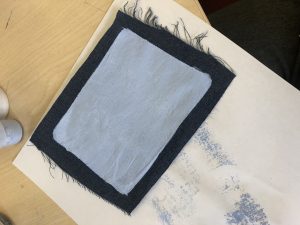 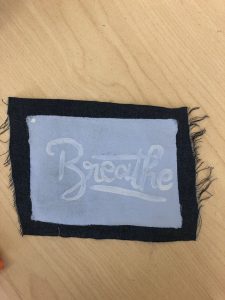 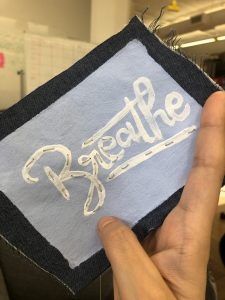 Figure 7, 8, 9: Painting the base patch, painting the thermocromic message, stitching the resistive thread onto the patch.

I built a circuit with a push button, since I only wanted the message to activate on the user’s demand (or auto display it at fixed intervals of time in the next version of this prototype). For the circuit I took inspiration from a project on instructables.com by uzarate (link in citations)

Prior to building the circuit with the painted patch, I ran a test at home with a regular patch to see if it works. 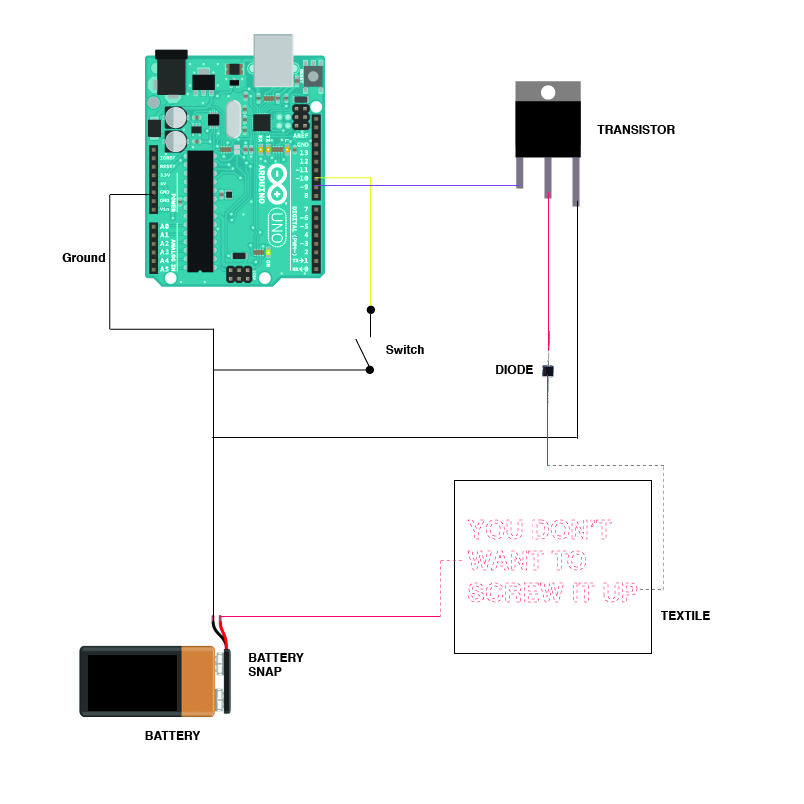 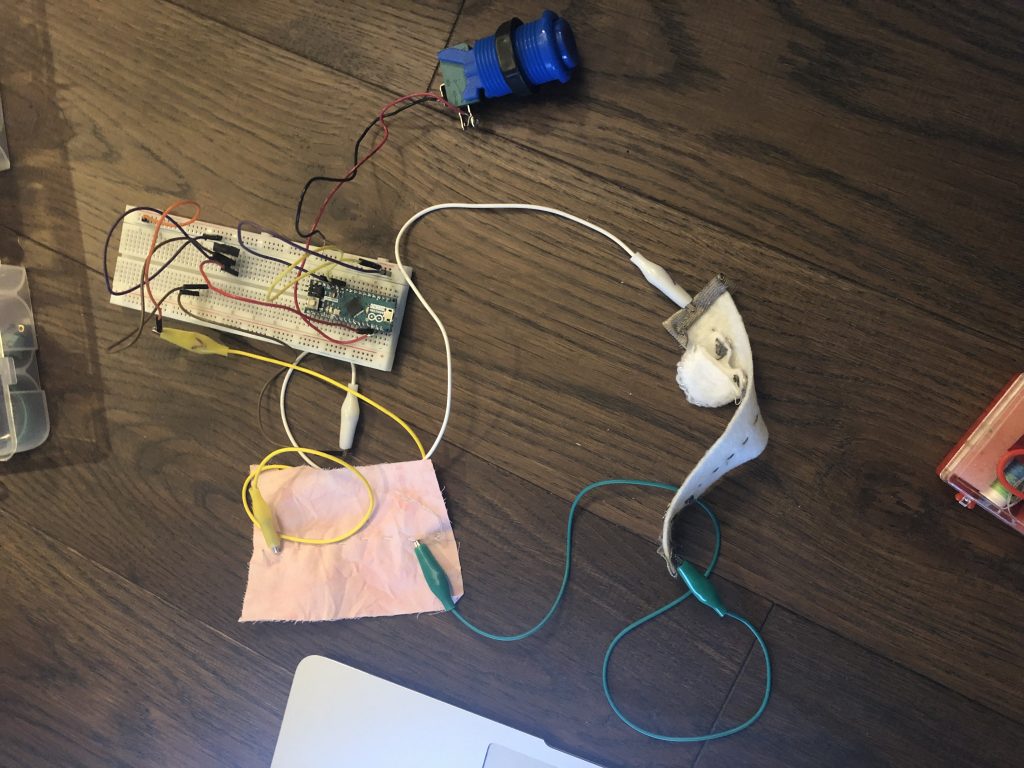 Figure 11: Testing the circuit at home with a regular patch

(Circuit reference by uzarate on instructables.com)

The only difference between this circuit and mine is that I used the e-textile tester as the second power source with 3 batteries of 3v each within it.

For the coding process, I used a simple I/O code for Arduino. Screenshot below. 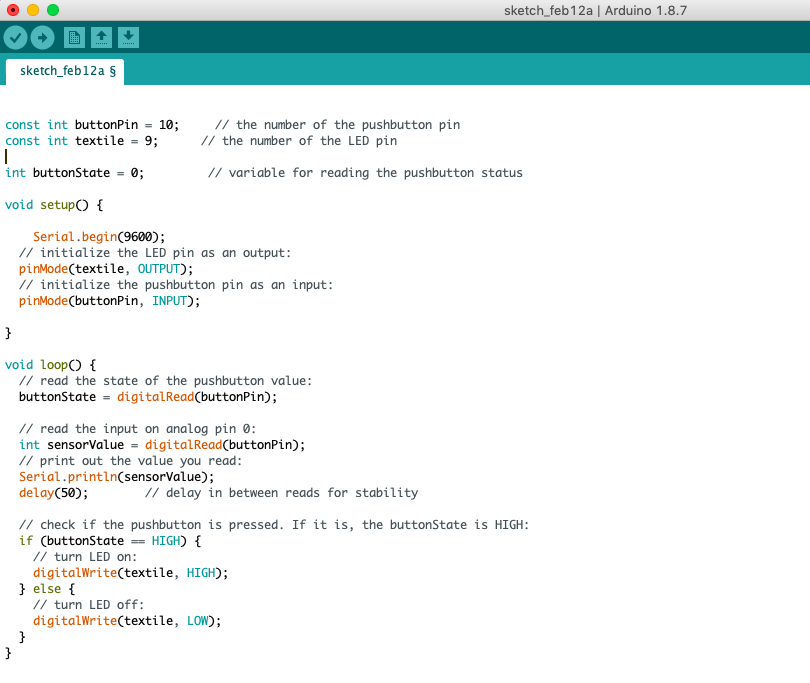 While the circuit did work, and the e-textile controller lit up, I feel like the power supple was insufficient, as the ink reacted perfectly to heat from hands and a hair dryer but took sufficiently longer and was slower with this circuit. I am to fix this in the next version of this prototype. 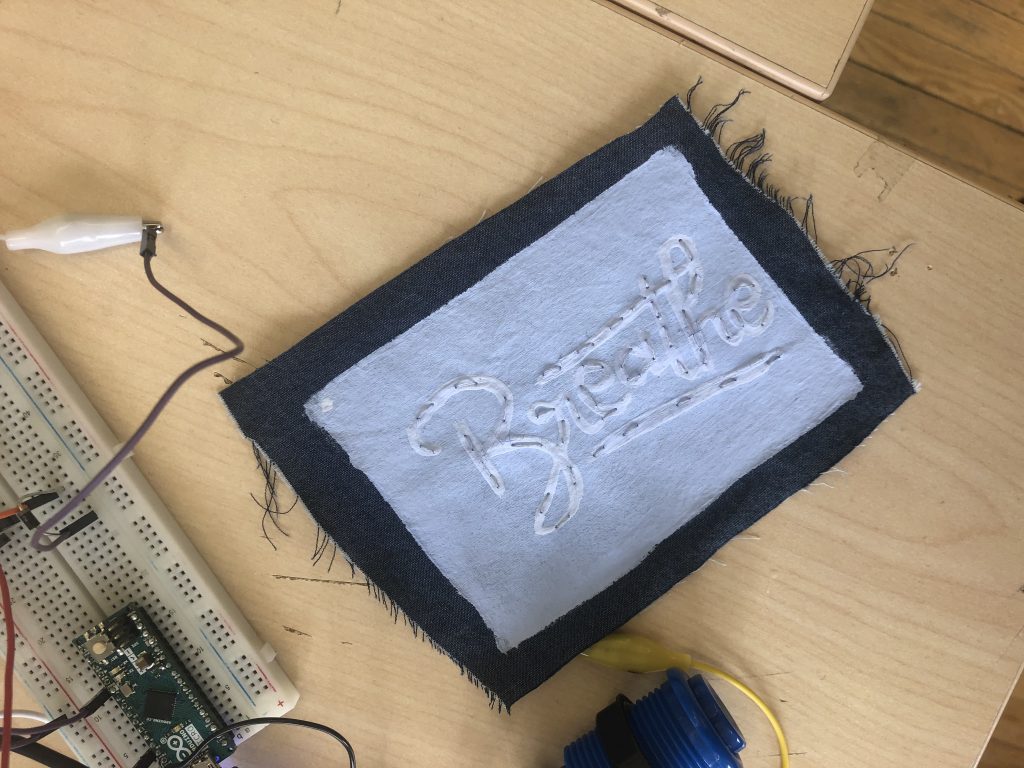 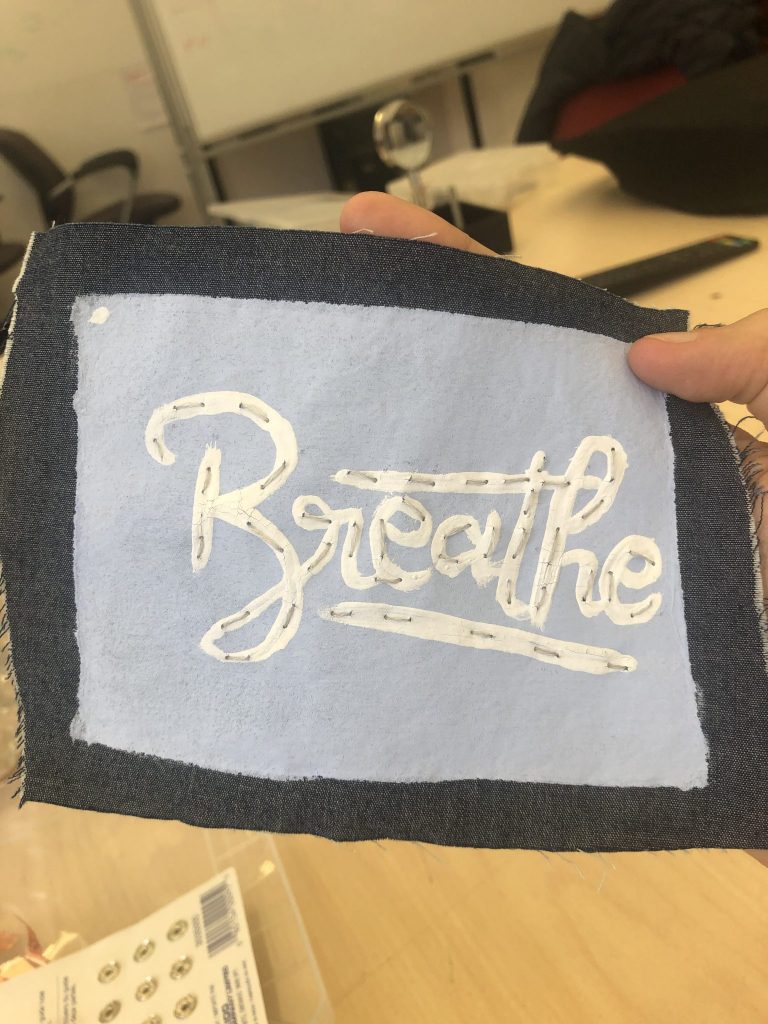 This patch can be placed inside a simple photo frame , even be developed further into a camouflaging patch on their desk wall to minimise notciability for non-users. wWith a push button hidden under the user’s desk at a convenient distance, I envision the user using this prototype as a stress buster during a hectic work day.