For my final project I have done a storyboard animatic, which is a rough cut of animations. I choose this project because I like to tell stories, its my passion. And with project I have decided to base it upon my own life! Well kind of…just the things that happened to me for the last couple of months. Everything you see in this short has happened to me since coming to Toronto, unfortunately….

The premise basically revolves around a day in the life of a unfortunate unlucky soul, well me…. and the humorous misfortune that happens to me. The whole video is done without dialogues, the way I see I, is your making a 3 mins videos there’s no point in having dialogues, dialogues create information and background about characters, and with a short like this its really unnecessary. A good storyteller knows that, not that I call myself a good storyteller…. I kind of suck actually. But i liked how this project turned out!

I first draw up backgrounds for each scene in my sketchbook, which totaled roughly around 36 scenes. Then draw the animation on post-it notes, I do it on post-it notes because the material on them can been seen through, this way I can make sure I’m animating over the backgrounds and previous animation cel properly, they act as a sort of flip-book if you will. Then scan them into Photoshop where I would clean them up and prep them for editing in Adobe Premier. I much prefer Adobe Premier over Final Cut for the sole reason of having the feature of editing your Photoshop work and premier would be directly correspond to whatever you do in Photoshop, a very handy tool especially if you’re doing traditional animation. 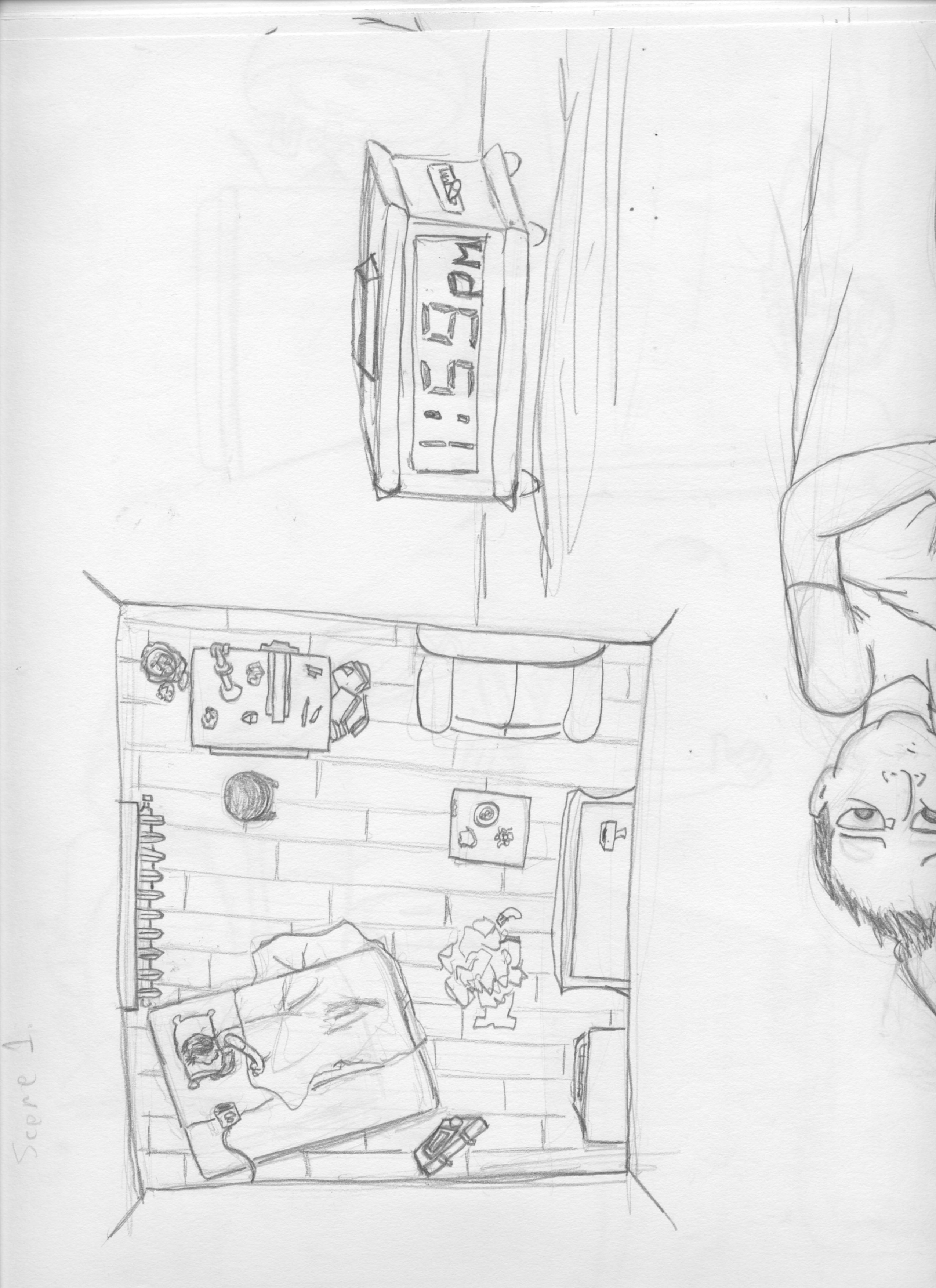 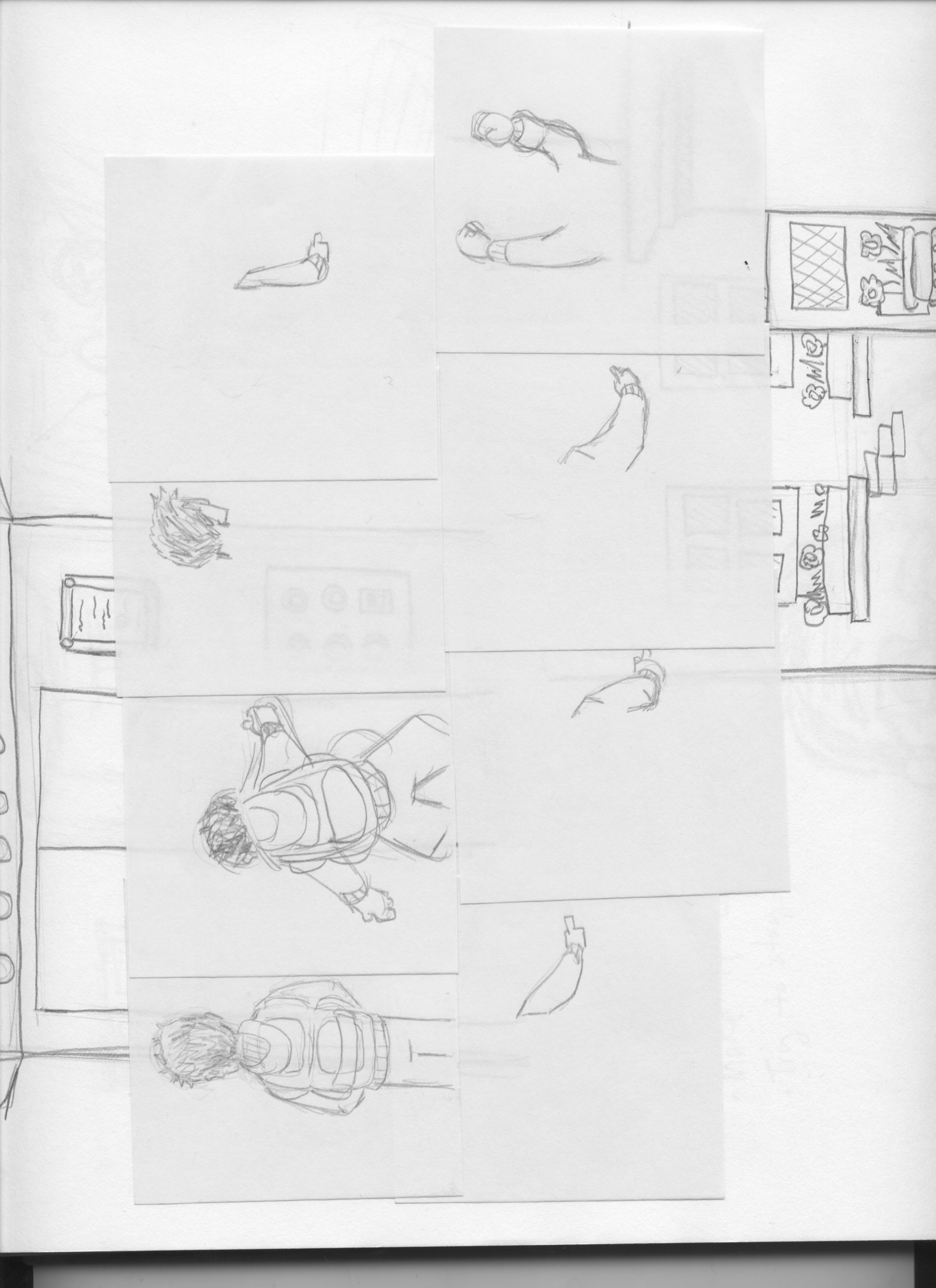 – Draw the animation on Post-It notes over the backgrounds 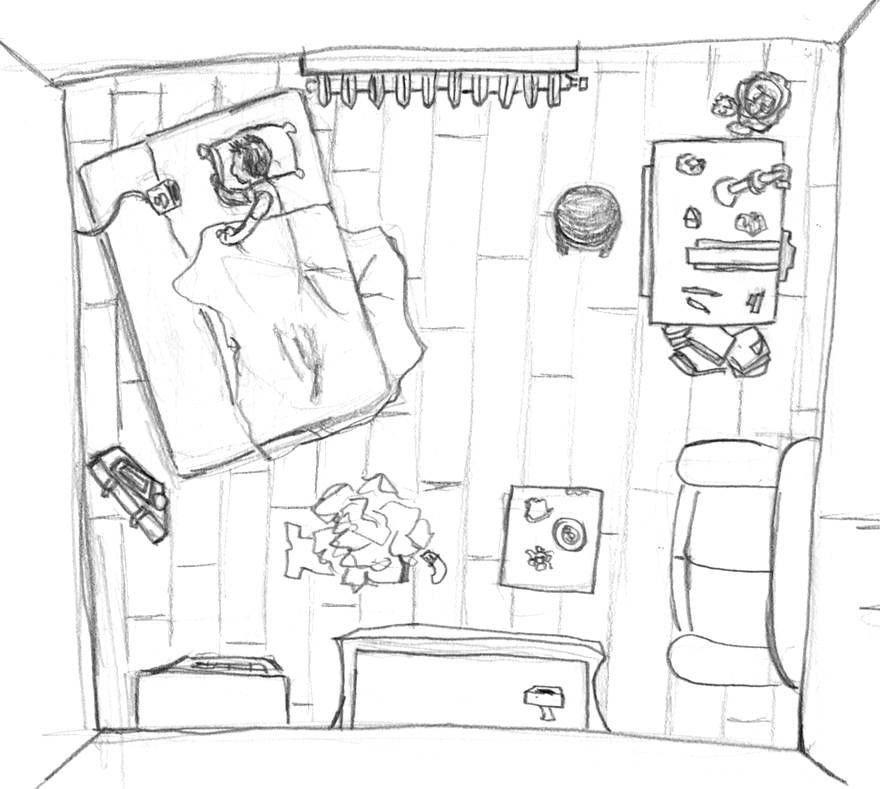 – scan them then clean and crop them for editing 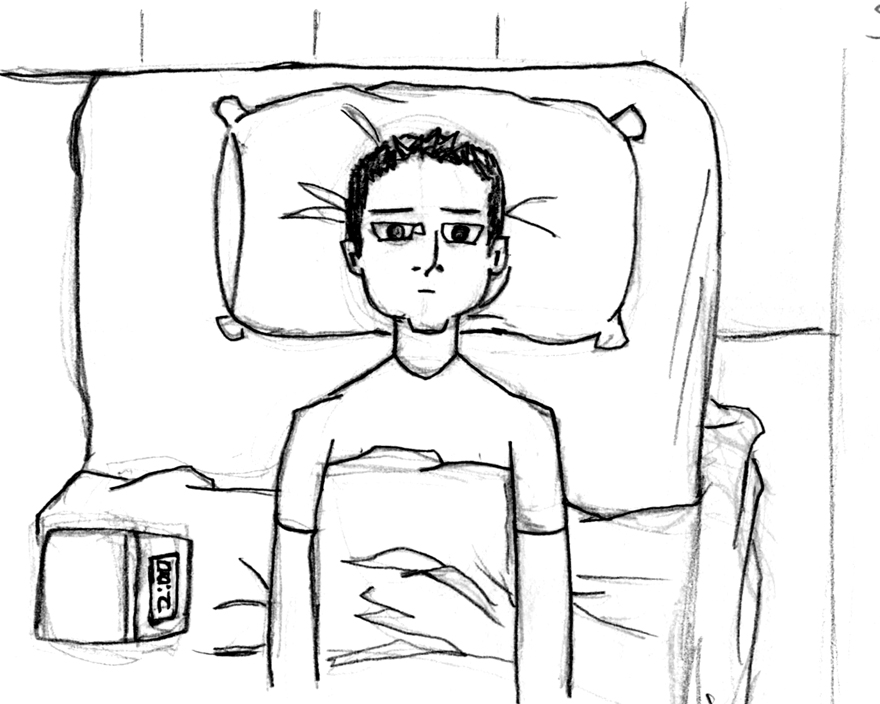 – then finally edit and animate them in Adobe Premier!

The biggest Challenge i had with this project was definitely the time constraint, i realized that this would be time consuming, but i definitely underestimated the time it takes to do up the animation. I had to cut a lot of scenes out. There was actually one scene in which I’m late for my time based media class and as I arrive Kate Hartman gives me a hard time and gets very angry. But that scene would’ve taken too long to edit; the whole process took me around 30 pages of my sketchbook, and 60 animation cels. And right now I realize that I really should put sound effects and some sound in it, I think ill edit that some time in the future. But in the end it’s all worth it eh?

“According to my LUCK”

1 thought on “Leon’s Final Project “According to my LUCK””