I chose Peter Doig for my presentation because once I had looked him up, I was immediately attracted to his work and style. Doig has a very abstracted yet mysterious approach to his paintings that are shown through vibrant colours, gestural lines, and space. I would say my fondness in Doig is mainly because his style is similar in how I would like to eventually approach my style of painting, through colourful abstraction and gestural landscapes and figures. Once I had developed my research on Doig, I became even more inspired in his process of multiple steps of experimenting with the same image in order to prepare for his finals, as well as his expansive traveling around the world to expand on diversity of cultures and landscapes to broaden his subject matter.  His dedication and hard work has really helped send his popular career, appearing in solo and group exhibitions around the globe. 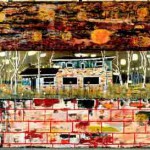 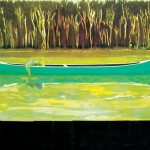 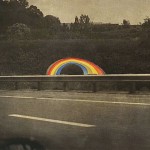 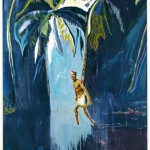 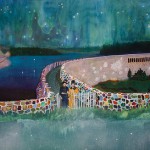