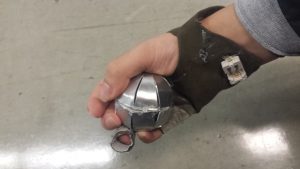 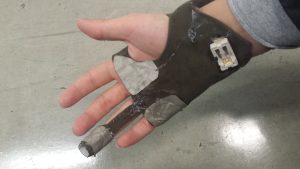 “Don’t Get Caught” or DGC was a game and a story, as a social low tech wearable.  I envisioned this project being multiple things.

The gloves have 3 Conductive Pads, 2 Power and 1 Ground.  A person would throw the ball to another, and there is a chance that the ball would go off/ the buzzer would activate in their hands. 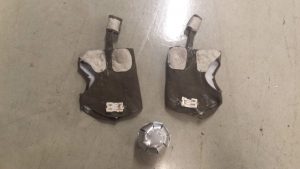 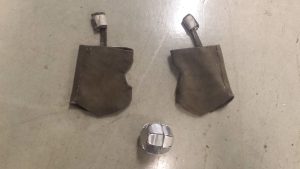 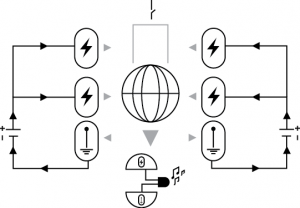 From Left to Right> The battery carries power to two conductive plates.  Power is then conducted by the sphere in the middle, with a corresponding Power/Ground side, concealing a Buzzer.  The sphere is thrown to the other person, and they set off the buzzer.

Two conductive spots on the gloves are used to promote a better chance of the buzzer being set off.