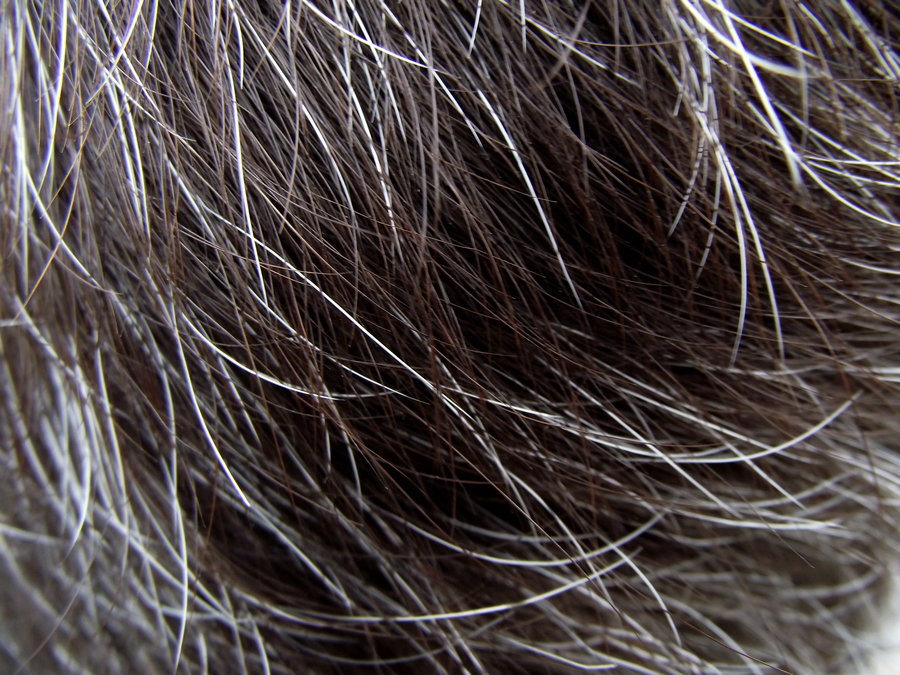 Our appreciation of beauty or what is beautiful is often a result of a surface- based, face value assessment. But we often see beauty in the underlying natural principles such as physical forces, that are normally hidden from our eyes.
Hair can be a very desirable and attractive feature and is often idealized-in our present popular culture. However hair can be “undesirable”and “unattractive”, according to the same ideals. I believe as a starting point, our fascination with patterns, continuous flow and what we think of as notion of “attractive” as well as “interactive”-  could translate into interesting interpretations in form of hairy objects. The idea was initially developed- with wearable jewelry as those objects, but i think it would be interesting to see how application of this hair/fur would effect other types of objects as well.

The hair was chosen for its properties:
The initial aim was to incorporate elements of bio-mimicry design into our parametric definitions. Hair represents a number of naturally- inspired properties. It has some tensile strength. Therefore it resists gravity-the shorter it is, and it conforms to gravity- the longer it is. It is also affected by wind, color, texture and its orientation on the surface/ sub surface of the skin. It grows in certain designated areas complying to a natural grid.
Parametric Connection:
As a tool parametric design- is a time saver. Modeling hair would be challenging, time consuming and inaccurate at representing realistic behavior of natural phenomena.Therefore by building an artificial environment that accounts for forces such as- tension and gravity, one could represent complicated structures such as hair more accurately by imitating the real thing.
The resulting definition will be used as a texture, that could be applied to any surface. 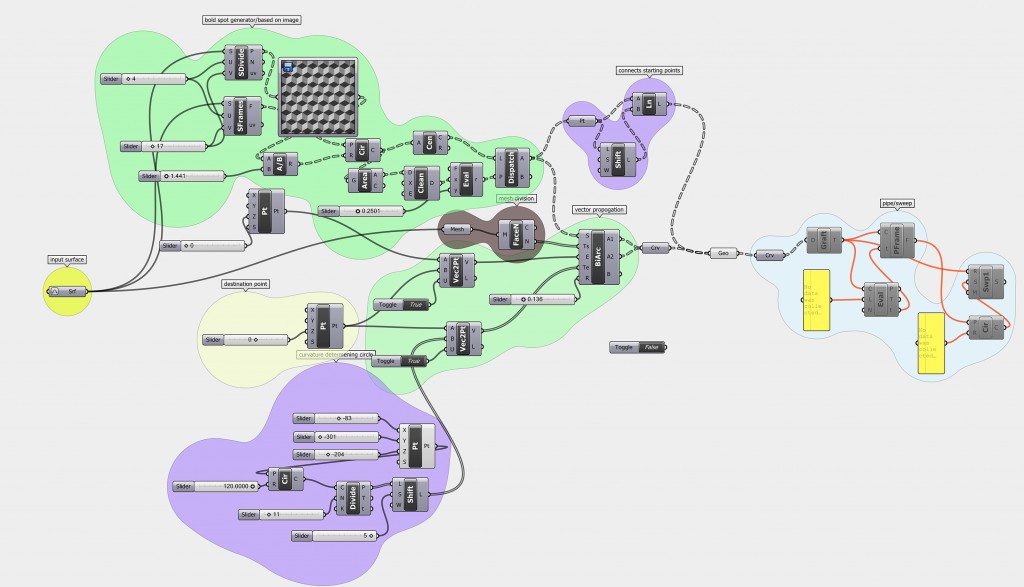 The goal is to end up with the simplest copy of the code- that still achieves its purpose. In my initial version I represented the constant force of gravity as vectors. They originate from a given surface- perpendicular to that surface, imitating one possible version of hair growth. The vectors converge to a single point-  that point being the center of earth. The degree of curvature of the vectors, could be controlled by- moving that point away and towards the surface or by changing the curvature at midpoint of the vector (showing increased tensile strength v.s. increased force). 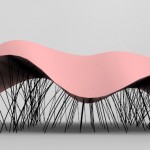 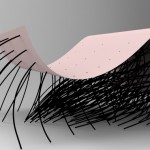 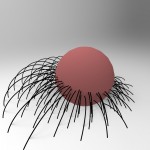 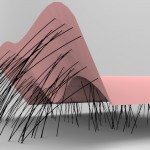 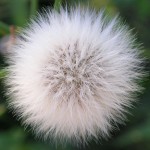 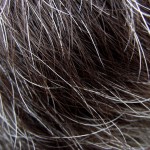 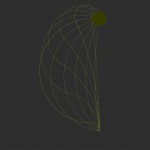 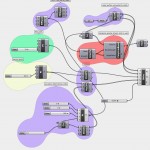 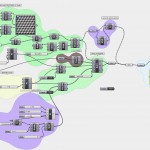 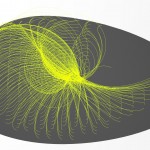 a two dimensional application of the code