“The light went under the trees”
An exhibition featuring new works by Alicia Nauta and David Woodward.

See the full Facebook Event page here: https://www.facebook.com/events/1704447109785528/
The term “liminality” comes from the idea of the threshold or “limen”: the bottom part of the doorway that must be crossed before entering a building. It can be thought of as a transitional figurative space that lives in the “in-between” of ideas or concepts. But liminality can also refer to a physical time and space, one where a person’s subjective experience changes due to external factors.

At first, David Woodward and Alicia Nauta’s visual language of abstract forms, engrossing patterns, and collaged cut-outs seem to flatten and compress the pictorial plane, but almost paradoxically, the artwork’s lack of three-dimensionality focalizes an impossible space; the “in-between” that lives among their juxtaposed forms. A mental expanse that is just as ambiguous as it is infinite is created by the viewer’s imagination between the foreground, background, and visual element. The great depth within the artworks, the ever-reaching closeness and void that surrounds every formal aspect of the work, creates an engrossing liminal experience that makes the viewer question the idea of time, space, and our relationship with both.

Immanuel Kant suggested that “space is not something objective and real, nor a substance, nor an accident, nor a relation; instead, it is subjective and ideal, and originates from the mind’s nature in accord with a stable law, for coordinating everything sensed externally.”

We invite the audience to ask themselves: Is our notion of space real in an absolute sense, or is it “ideal” in some sense? Is it a substance in its own right, or merely a property of some substance? Is it somehow dependent on the relations among objects, or independent of those relations? And finally, what is the relationship between space and the mind?

David Woodward graduated with a BFA from Queen’s University in 2013 and now lives in Toronto. Working both independently and collaboratively, his practice encompasses a broad spectrum of media including drawing, painting, sculpture and textile work.

Alicia Nauta graduated from OCADU with BFA in Printmaking. She is member of Punchclock, a Toronto print studio. She established the OCADU Zine Library and co-established the new Library at XPACE Cultural Centre, including a zine Library, mix tape library and curated library. All her work is part of Alicia’s Klassic Kool Shoppe: consisting of collage, screenprinting, installation, bookworks, occasionally weird paper mache and a growing collection of found oddities. 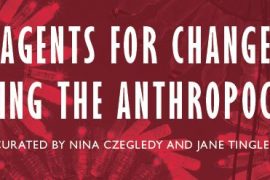 themuseum-agents-for-change-digital-booklet   Agents for Change | Facing the Anthropocene presents artworks by women media artists working at the intersection of science, technology and art, with… 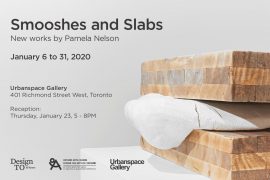