Blake Mawson is an award-winning filmmaker who has been working in film and television for over 15 years. He began acting at age 16 and has appeared in projects such as Freddy vs. Jason, X-Men 2, Blade: The Series, Poison Ivy and The Strain. Mawson’s directorial debut, PYOTR495, won the Emerging Artist Award at the 2016 Inside Out Film Festival and the A&E Short Filmmaker Award 2018 from the National Screen Institute of Canada. The short film was later released to digital platforms and received two 2019 Canadian Screen Award nominations for Best Lead Performance and Best Direction in a Web Program or Series with Alex Ozerov winning the CSA for his role as Pyotr. The film has also been nominated for the Iris Prize (the world’s largest short film prize) and Sitges International Fantastic Film Festival’s Brigadoon – Paul Naschy Short Film Award. In 2019, Mawson directed the “Hope to Die” video for breakout queer country star, Orville Peck. It was premiered by Vogue Magazine and deemed “striking” by The New Yorker, who claimed that it’s “not exactly your grandpa’s Wild West”. Mawson has been a recipient of FilmEmpire’s 2019 Diversity Mentorship, a fellow of the Kyoto Filmmakers’ Lab (in partnership with the Tokyo International Film Festival and Museum of Kyoto) and is an alumnus of the Canadian Film Centre Directors’ Lab.

‘PYOTR495’
“Set one evening in present-day Moscow, 16 year-old Pyotr is baited by an ultra-nationalist group known for their violent abductions and attacks bolstered by Russia’s LGBT Propaganda Law, but Pyotr has a dangerous secret.”

Guest Series invites artists, designers and creative professionals who have a specialized practice or area of interest to come to OCADU and give a talk, hold a workshop, studio visits or participate in a class critique. The idea behind Guest Series is to exchange stories regarding professional process and to inform and help bridge gaps in our own individual processes, practices and journeys ahead. 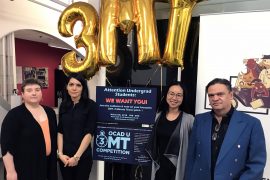 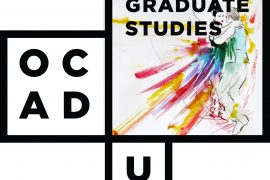