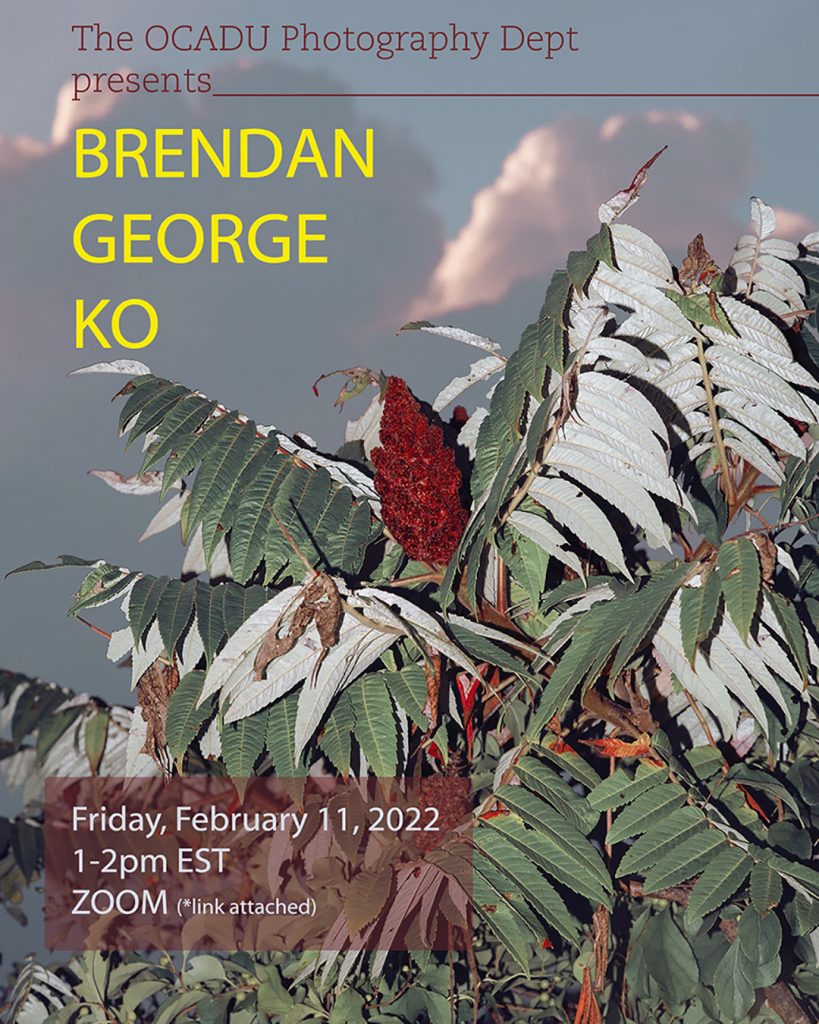 Brendan George Ko is a visual storyteller that works in photography, video, installation, text, and sound. His work is about conveying a sense of experience through storytelling, and he describes the image as supplementary to the story it represents. Ko breaks traditional delineations in the medium by blurring the spaces between commercial, fine-art and documentary/photojournalistic works.  Ko received his BFA from OCAD in 2010 where he majored in Photography, and practiced sculpture and curation. During his time in the Masters in Visual Arts program at the University of Toronto his practice shifted to include video and sound.

Ko has been active as a freelance photographer since he was an Undergraduate student. In addition to his editorial photography- which has appeared in numerous publications such as The New Yorker, New York Times, Vogue and Flux magazines, to name a few, he maintains an active artistic practice. His most recent solo exhibitions were Moemoea at the CONTACT Gallery and We Soon Be Nigh! At LE Gallery.

Brendan’s work can be found on his website: www.brendangeorgeko.com/ (Links to an external site.)