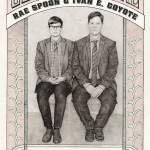 Between the Boat and the Duck

I remember doing a show years ago in Seattle. Like, maybe the year 2000, somewhere around there. I still smoked cigarettes back then, and I was standing around in the drizzle on the sidewalk after the performance was over, having a smoke and talking to some friends. A woman approached me, thanked me for the show, and then leaned in to tell me how much she appreciated hearing herself represented as a proud butch woman in my words.

“It’s getting rare these days, you know, stuff about being a butch.” She shifted her eyes right and then left, and then lowered her voice so no one but her and I could hear it. “You know, as in not a trans man, but a butch woman.”

I smiled and told her thanks, even though I often used the word butch to refer to myself, but didn’t really use the word woman so much. And in my heart I identified with my trans male brothers just as much as I ever did with my butch sisters, and always endeavoured to never draw lines in the sand between us as she just had.

I had already spent years feeling like I was perched with one foot on a trans-shaped rowboat and the other foot resting on a butch dock, balancing myself and my language and words and work in the space between them.

I also knew that as an artist, my job was to create and present the work, and then stand aside and let everyone decide for themselves how to interpret my writing, and how much of it resonated with them, or didn’t. I knew even then that the world is tragically devoid of enough words and work and images that represent butch reality in anything other than the butt of a your-mother-wears-army-boots joke. Butches are so often the punch line, and so rarely the subject, and almost never the hero. Who was I to challenge her interpretation and experience of my stories? She had seen herself in them, and took comfort and strength in that, and that to me was the point. Perhaps she had witnessed something other than what I had intended, but that didn’t matter enough for me to take those rare and good feelings away from her. So I shook her hand firmly, looked her right in the eyes and thanked her, and I meant it.

Not sixty seconds after she had jumped into her Subaru wagon and driven off, a young man stepped up to speak to me. He thanked me for my words that night, and told me how important my work had been for him as he navigated his transition and found his place in his new body and identity.

“Thank you so much for representing trans guys without forgetting about feminism. I’m like you. I am a man now but I don’t want to forget. I don’t want to just transition and become another misogynist dude so I can pass.”

Again, I thanked him and shook his hand. What purpose would be served by telling him I wasn’t a man? That I wasn’t just like him, that I didn’t plan to transition, that I don’t like or use the word “pass,” that I reject the hierarchy that the word pass helps to create, that I resist the binary system and celebrate the lives and bodies of other gender failures like myself?

I knew if I were to find the time for the two of us to sit down and really talk, I might discover that our worldviews weren’t really that different after all, it was just this limited language and the scarcity of shared meanings of words that made it seem like he had misinterpreted me.

So I chose to focus on what we shared, not what made us different, and told him how much I appreciated him coming out to my show. Then he asked me for a hug, so I gave him one, and I meant it.

For years I grappled with this balancing act, “she” stuffed into one front pocket of my jeans, and “he” rolling around in the other. Second-wave feminists raised one eyebrow at my masculine name, but never high enough that it kept them from hiring me for their well-paid women’s day gig at the university, and I continued to write about my trans experience, but as long as I was still okay with being referred to by female pronouns, it never cost me much.

When I first met Rae Spoon, they were a young, queer-identified country singer. They went by the “she” pronoun and wore satin cowboy shirts and crooned about trailers and dirt roads and hoedowns and broken hearts. Rae was talented and funny and had an unmistakable, completely unique and beautiful singing voice. Their star immediately began to rise, and Rae’s name started to make regular appearances on posters for major folk festivals all across the country. I loved Rae’s music, and listened to their first demo CD on repeat in my little apartment for months.

I remember when Rae changed their pronoun to “he,” and came out as trans. We had started doing shows together here gender failure and there, and had become friends. In 2007 we booked a tour together and collaborated on our first full-length project. By this time Rae was experimenting with indie rock and dabbling in electronica. Rae and I toured the You Are Here project quite a bit, singing and telling stories at some pretty big festivals and to sold-out theatres, and I watched as Rae struggled with good-old-boy union stage techs and straight sound guys as they repeatedly referred to Rae as she during load-ins and soundchecks and on stages, even when told multiple times what Rae’s chosen pronoun was. Rae was always gracious and professional, and took it in stride, but I could see their face twitch almost imperceptibly every time it happened, and I knew it wore Rae down, and weighed heavy on their slender shoulders. I felt fiercely, sometimes irrationally protective of Rae, which was often maddening, because there was really no way I could effectively shield them from these multitudes of daily indignities. I worried that they might slowly bleed to death from one thousand tiny wounds.

We never expected much better from the mainstream straight art and music scene, and so neither of us were all that disappointed. They called Rae she and both of us ladies, and we swallowed it and did our jobs, and were grateful for the work.

What was hard was watching how the queer communities and the women’s music scene handled Rae’s trans self. What was hard was watching trans guys who I would have thought should know better misgender Rae during introductions. Watching Rae swallow their rage and slip their guitar strap over those shoulders and get up there and sing with that beautiful voice like their heart hadn’t just been broken by someone who should have taken better care of his family.

I watched as fewer and fewer lesbians showed up for Rae’s shows, but still came out to mine. I watched for a couple of years as transphobia cost Rae in record sales and empty seats. The fact that Rae continued to tour the world, often by bus and mostly solo, and produce increasingly more nuanced and more widely received albums is a testament to not just their talent, but to their bravery and fortitude.

And me? I escaped being called the wrong pronoun by never choosing one, by telling myself over and over again that it didn’t matter what anyone called me when they welcomed me to the stage.

Creating the Gender Failure show and writing this book together with Rae has been like a second chance for me. My second chance to stand shoulder to shoulder, right beside my beloved younger sibling, and offer my apologies that I was standing behind them the first time around.

Gender Failure is available on Arsenal Pulp Press and also on Amazon. 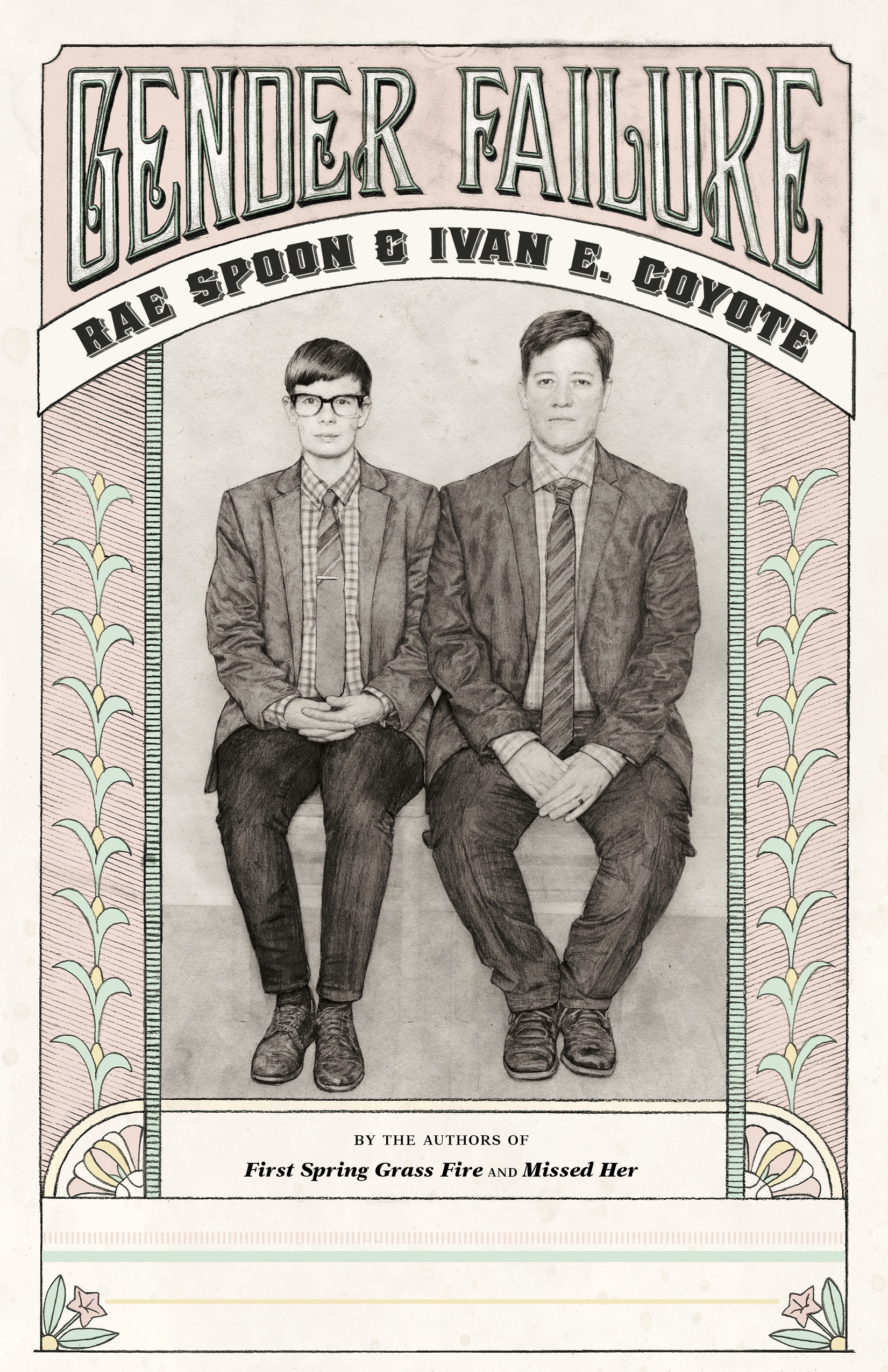