The period of Incunabula occurs from the year of 1450 to 1550. The typefaces that are encountered during the period are mostly Textura, also known as having the Gothic style, and Humanist. Textura is based on the German manuscript hand, and most importantly, it is designed for the purpose of being highly efficient. The characteristics of Textura, includes the ability of packing as many letters as possible onto a page, mainly in the center. The way that Textura is design by typographers is with a specific and unique style of penmanship, which finishes off the stroke angularly in an explicit fashion. 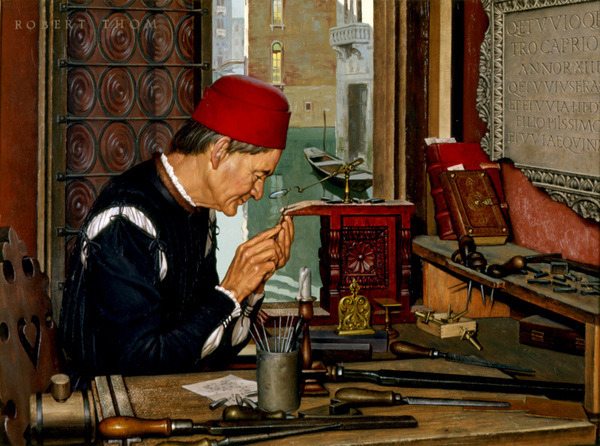 As for the Humanist Style, which is created based on the elements of the 15th century Italian manuscript conventions. Johannes De Spira has developed the typeface based on human handwriting and more specifically, the Roman style of writing. After De Spira passed away, Nicholas Jensen has continued the style and made slight improvements to the typeface. Humanist style has one particular characteristic and it is how the stroke weight of the letterforms is almost equally the same, meaning the letters would have equal thickness. The most significant element of the style is that the axes of the letterform are more oblique towards the left side, and how the crossbar for the lower-case “e” also includes a distinctive slanted stroke. The Humanist style has become the dominant style in Western Europe.

Besides books that are being produced with the facilitation from the mechanical printing press, the printing press has also presented “Ephemera”. Ephemera have focused on circulating information expressing different perspectives or about a single event. They are all unrestrained and single paged. Ephemera are also typographic and graphic objects that are mass produced, they are produced in a quick fashion, and could be purchased cheaply by the audience. Ephemera are intended to last for only a certain period of time and at a certain place. 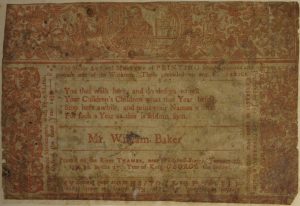 An example of an ephemera printed in 1715, framed by a history description that shows that printing in England goes back to the 1470s.
Source: “Printed ‘Frost Fair’ ephemera in the University Library.” Cambridge University Library Special Collections. Web.